At the beginning of the COVID-19 pandemic I made a prediction.  “Bluetooth-enabled vibrators are going to be flying off the shelves”, I wisely surmised.  Now that we’re deep into our fourth month of lockdown, I’d say my prediction proved accurate.  With people physically distanced from their partners, we’re having to get more creative with the way we explore sex.  And remote-controlled toys are a fantastic way to do that.  There are plenty of App-compatible vibrators out there, but the Vibease has a few extra tricks up it’s sleeve. 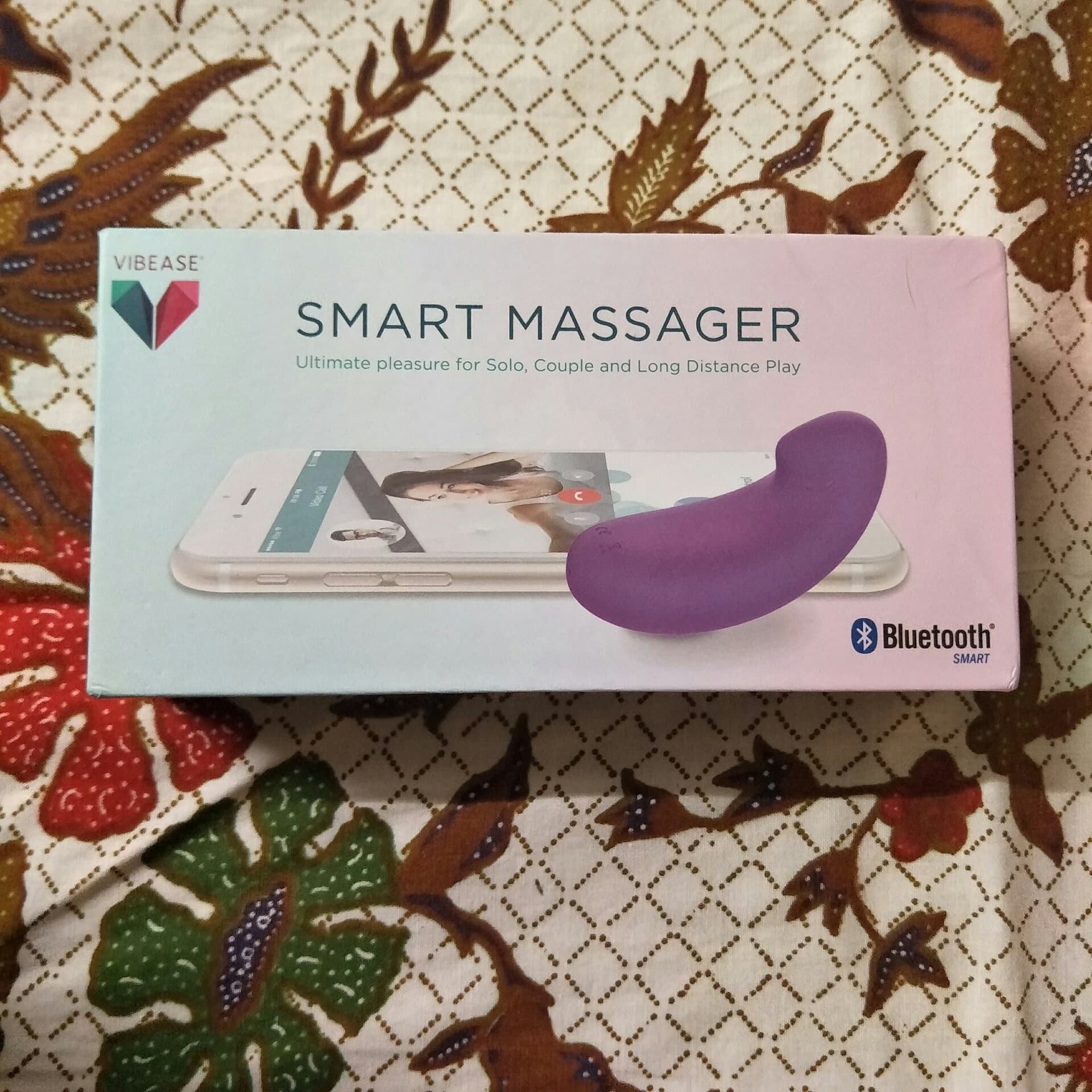 The Vibease is a wearable panty vibe that can be paired with the Vibease app to allow you to control the toy remotely with your phone.  You can also grant control to a partner from anywhere in the world.  While there are lots of toys available that do this very same thing, the Vibease does one thing that they don’t.  The Vibease app features an extensive library of erotica, and the toy is programmed to vibrate along with the story.  I love a good steamy story, and the idea of enjoying a bit of sexy literature with a side of hands-free fun was too good to pass up. 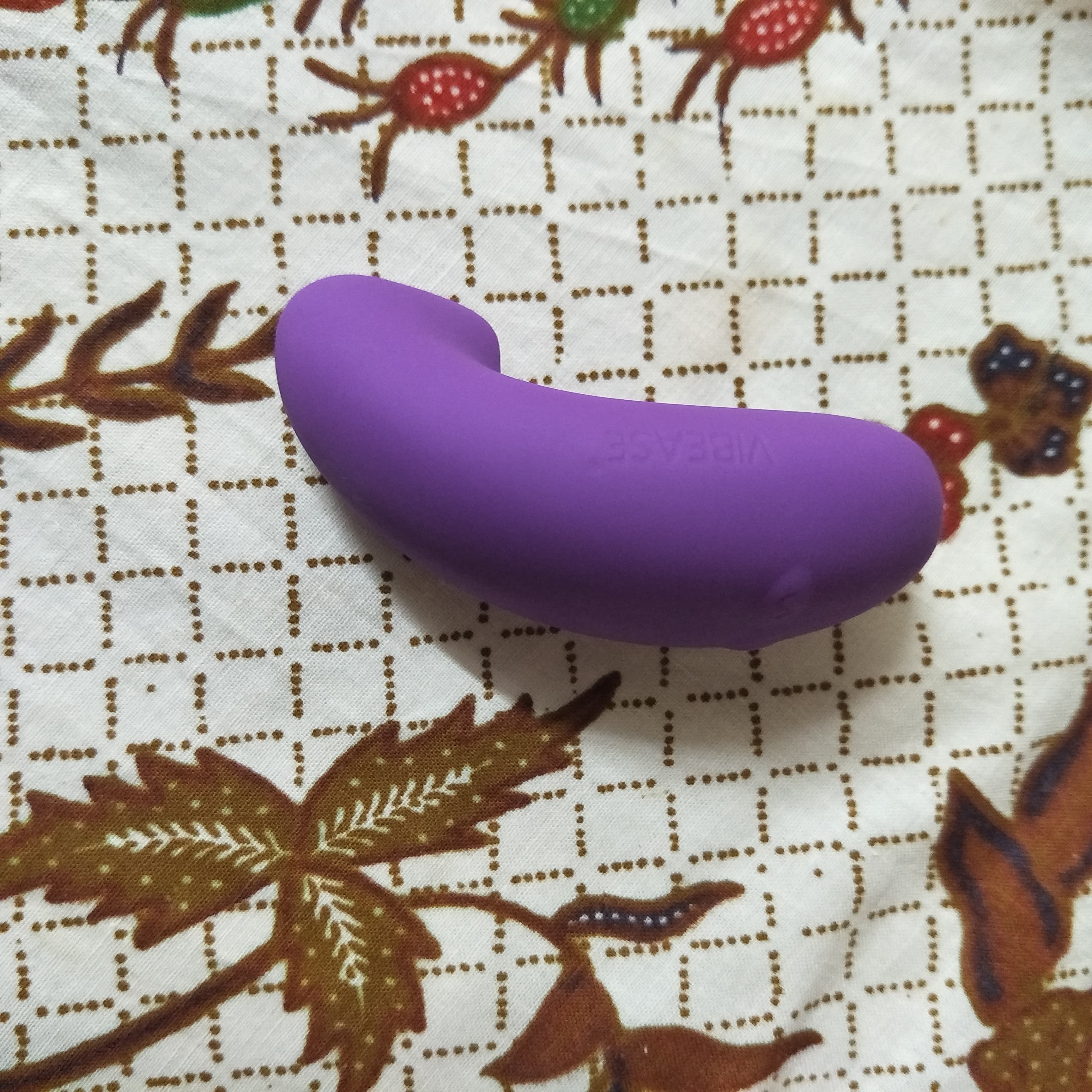 For such a little toy, the vibrations are pretty powerful.  It has a nice, rumbly feel on the lowest setting, and the vibrations do get a bit buzzier on the stronger settings.  It’s also remarkably quiet, which is a huge plus if you are intending to use this as a toy for discreet public play. 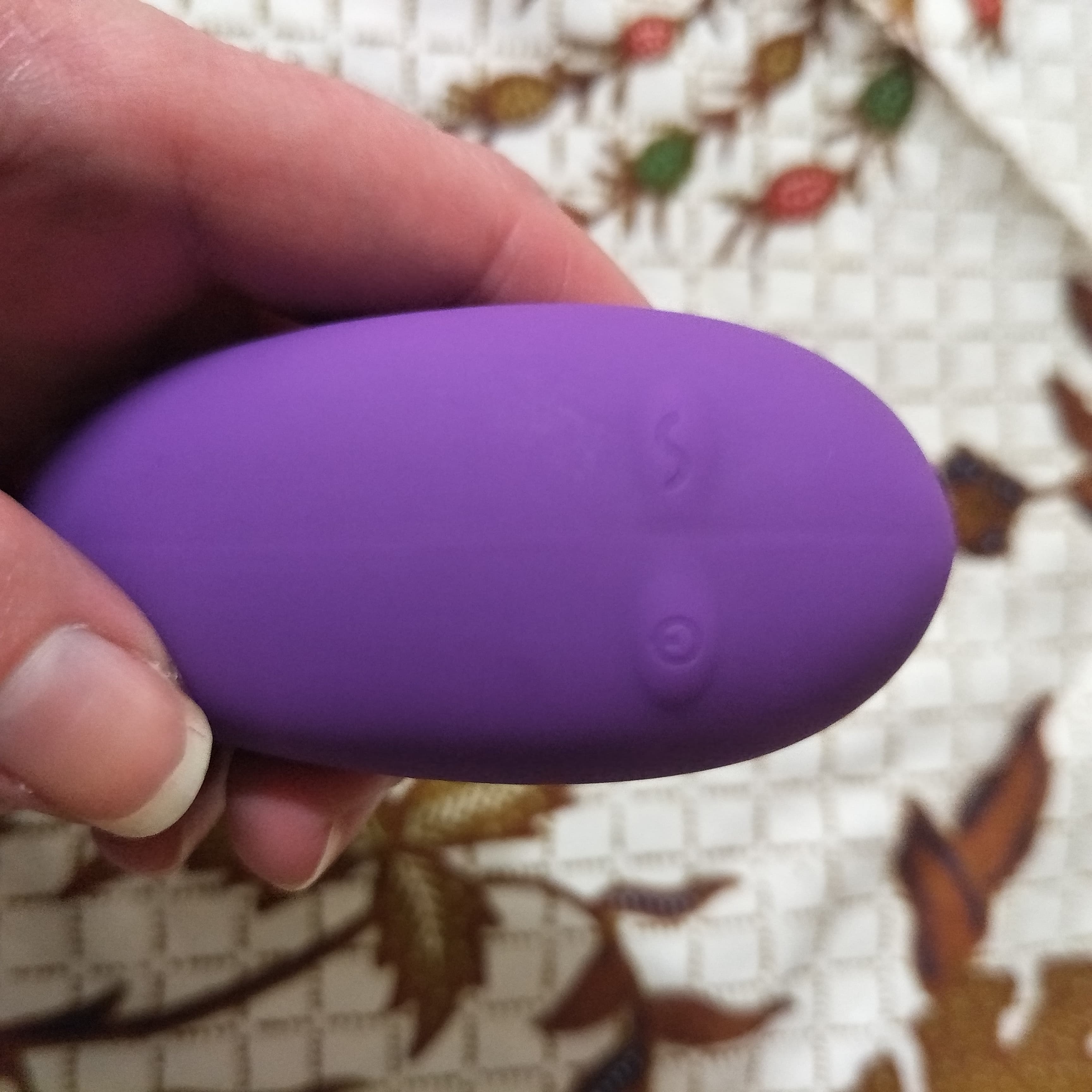 While the Vibease is great on it’s own, the app really does open up a multitude of different play options.  For starters, you can use the Vibease App as a way to control the strength and pattern of the vibrations.  When you’re using the toy manually, there are only five patterns to choose from. With the app you can select from a range of patterns and customise the speed and intensity to suit your needs.

You can also hand control over to a partner for some long-distance play.  Your partner can control the speed and pattern of vibrations with a flick of their finger.  There is also a chat option, so that you can text one another in the app while you play. 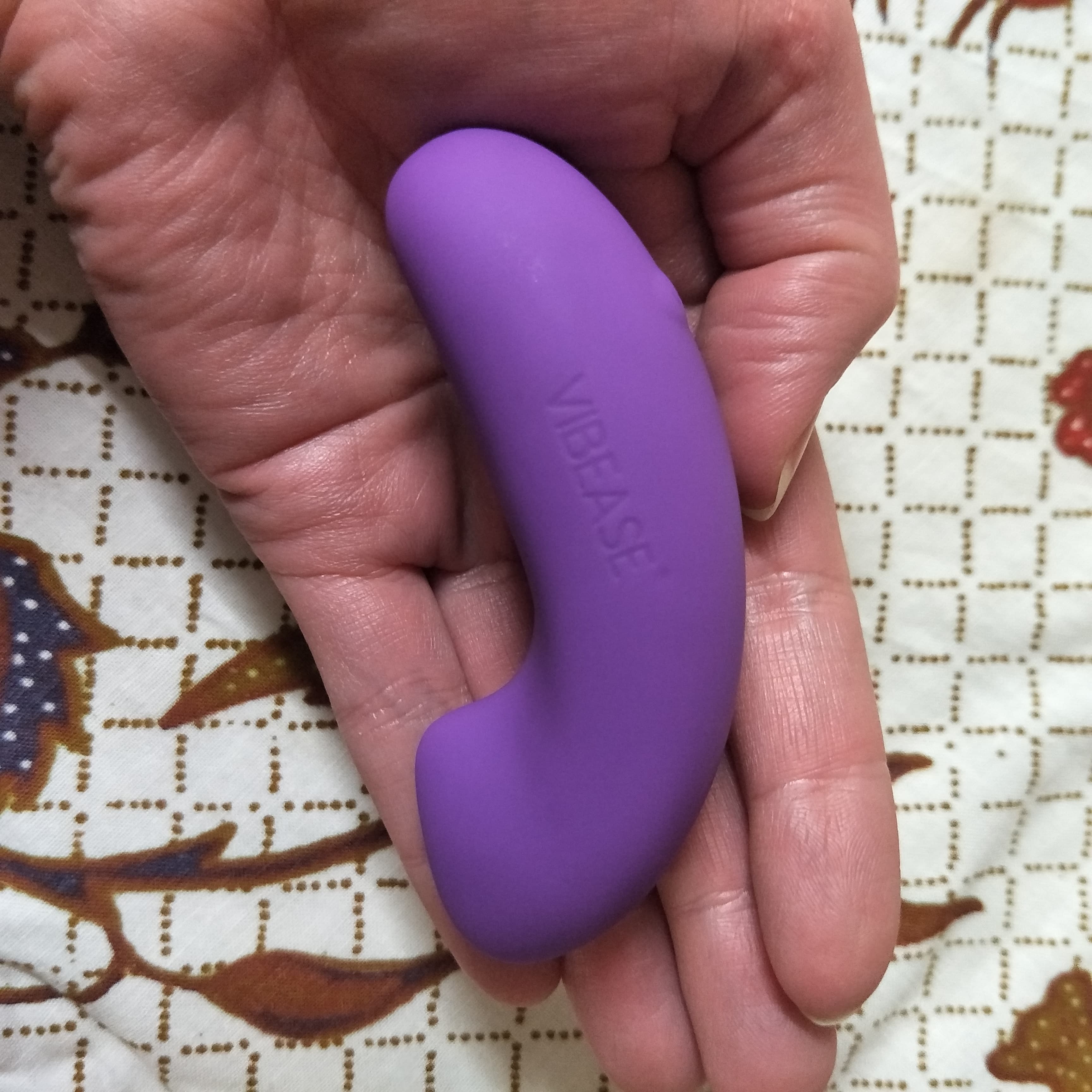 My partner and I tried playing with the app and it didn’t go so well.  On the plus side, the app is very simple to use and we had no issues getting set up and beginning to play.  The connection remained consistent and it wasn’t buggy at all. The main problem was that when you’re using the in-app chat, you don’t have access to the remote controls.  So any time my partner wanted to change the vibration, he would have to log out of the chat, go back into the control panel, then log back into chat to ask me how it felt.  This aspect felt kind of clunky and awkward.  If you want to use the Vibease for long-distance play with a partner, I’d suggest using it in tandem with a video-chat app on another device to so you can talk and offer feedback without having to chop-and-change pages in the app.

Using the toy with the audiobooks was a really fun experience.  It was kind of like playing with a blindfold on, not knowing how you’re going to be touched next.  The vibrations increased or decreased with the intensity of the story, which added a sensual element to the experience.  It’s such a novel idea and one that I had loads of fun playing around with. 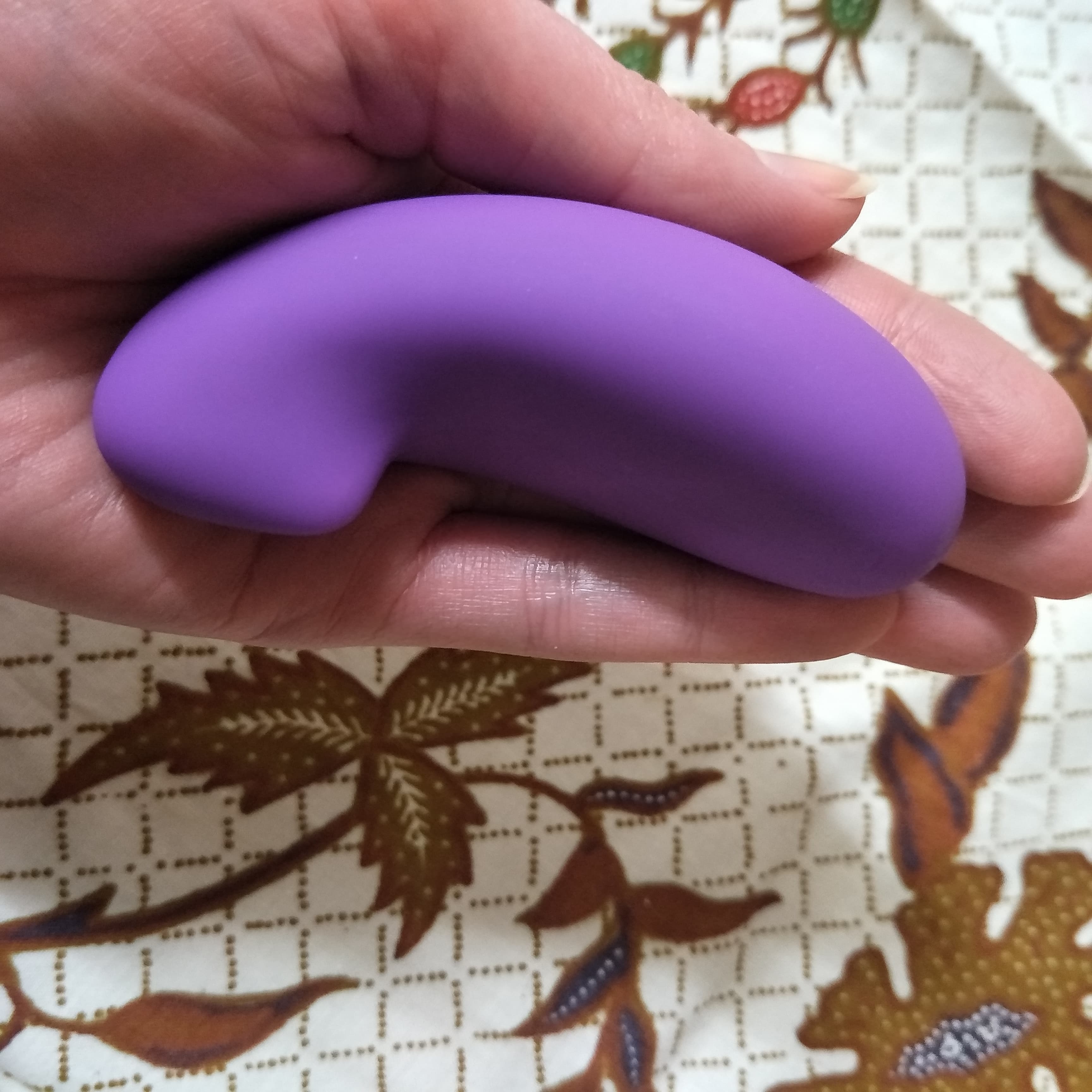 I think that the Vibease is a fantastic toy to add to your collection.  Whether you’re in a long-distance relationship, or isolating alone or with a partner, it’s a versatile toy that offers lots of different ways to play.  It’s gives you the option of connecting with a partner remotely, giving you a way to be intimate when you can’t physically be together.  It’s a lot of fun when used on it’s own or to add an extra thrill to a sexy story. I really recommend it for submissives who enjoy being told what to do, as there are lots of guided masturbation role plays that would be really hot if you’re away from your top (or if you’re a single sub).  I’m very impressed with this toy and definitely recommend it as a way to connect with your sensuality during the pandemic.