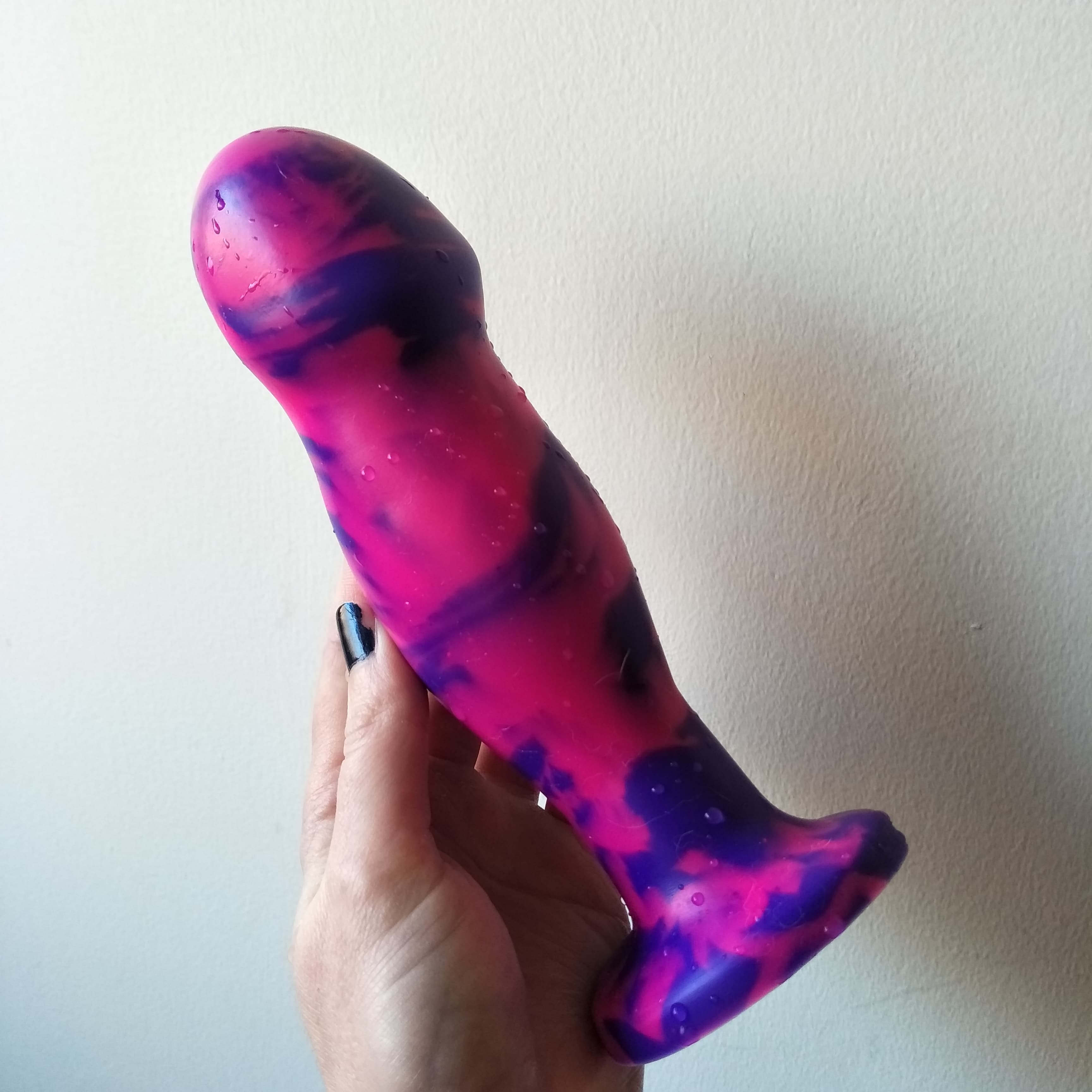 Tremo is made from 50 shore platinum silicone.  I was shocked when I pulled it out of the wrappings at how soft it was.  Grasping it in my hand, it squishes and yields with very little effort.  It has the density of a stress-ball, and it actually quite satisfying to squeeze.

The benefit of a softer toy for internal stimulation is that it moulds and flexes with your body’s every move.  A soft toy like the Tremo doesn’t pound at your g-spot.  Rather, it gently massages it, giving you a more sensuous experience.  The broad head really zeroes in on your g-spot, and stimulates it in a way that makes you feel like you’re melting from the inside out.  Tremo’s name come from the word “tremble”, and this toy will leave you quaking with pleasure.

One thing I’ve noticed with Tremo is that it’s definitely intended to be clenched rather than thrusted vigorously.  The soft silicone actually feels quite stretchy, and is somewhat unwieldy to thrust with. Even if you do manage to thrust with this toy, I find that doesn’t produce the most satisfying sensation.  A much better way to use it is to insert it and then use your muscles to clench around it.  It is also a great toy for grinding against slowly, rather than trying to pound it in and out.  It’s a toy that forces you to slow down and savour the sensation.

As much as I love the softness of the silicone, there are some ways that the texture works against this toy.  The squishiness and girth make this a challenging toy to insert.  When it’s all lubed up, it reminds me a tiny bit of one of those Discovery-store water snake toys.  It’s tricky to grip and it kind of feels like you’re slowly stuffing it inside yourself, rather than gracefully sliding it into place.  Although the Tremo is anal safe, I found it too soft to insert easily.  Which is a real shame, because I believe it would feel incredible when used anally. 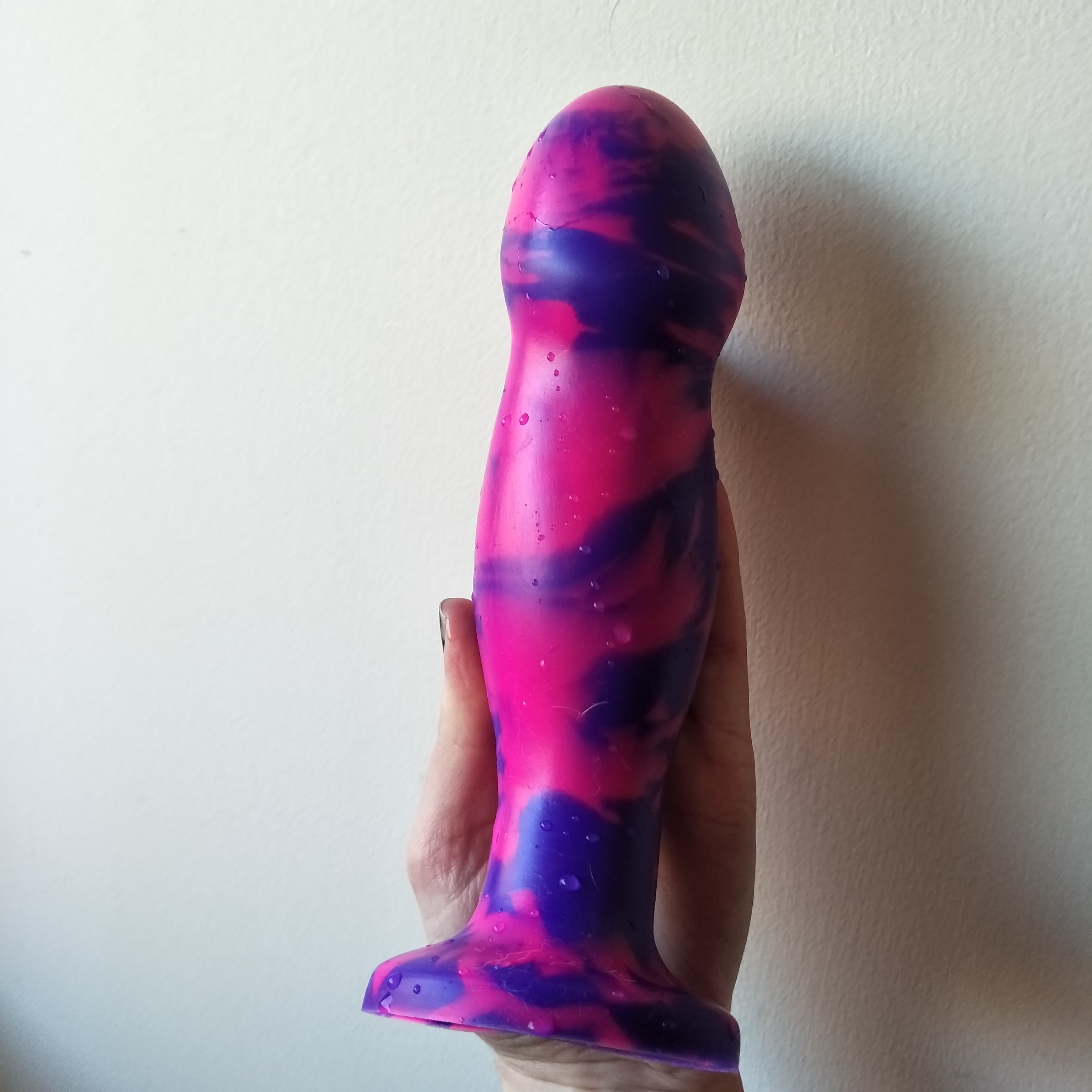 The Tremo is also quite a hefty toy, with it’s top-heavy design.  It will not stand up on it’s own, which is a bit of a pain when I’m trying to dry it off after use.  I always have to lay it on it’s side, and it inevitably ends up rolling off whichever surface I’ve placed it on.  When I’ve put it into my harness, the stem of the toy sags under it’s weight, making it flop around with every movement.  Because the neck of the toy is so much thinner than the body, I do worry that with a lot of harness use it could cause stress on the silicone which might damage the toy. 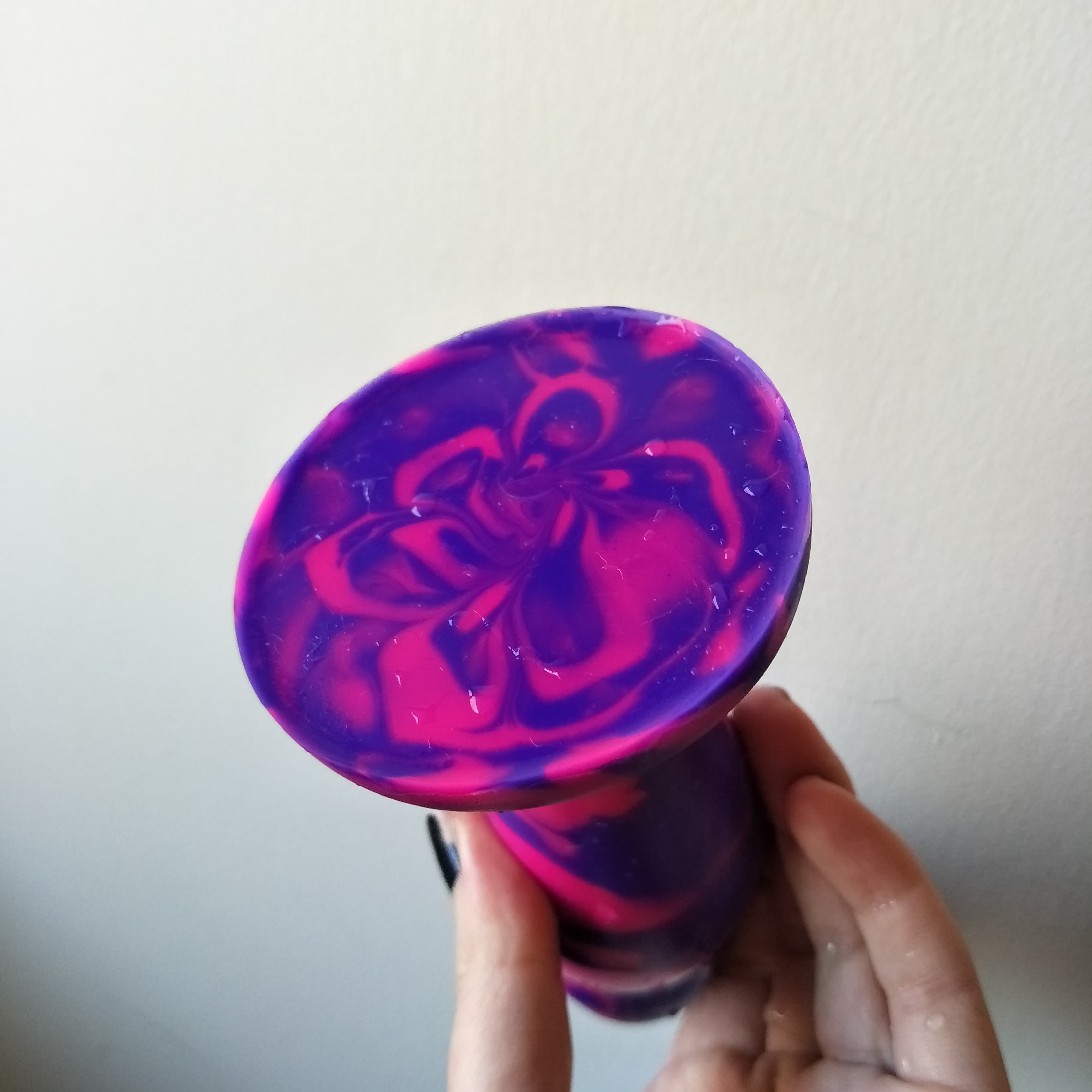 Another thing I love about the Tremo is that the base acts like a suction cup.  I’m not sure if this was intended, as the description of this toy on the website doesn’t mention this feature. However, the toy sticks quite well to most flat surfaces.  Unfortunately, the softness once again works against the Tremo.  When stuck to a wall it sort of limply bobs downwards, and won’t stand up when placed vertically. Like I said, I suspect that Tremo isn’t designed to be a suction cup toy, so I can’t really judge it for not performing well when used this way.

One feature that Tremo has in common with the other soft silicone toys in my collection is it’s finish.  It has a slight tackiness to it, which attracts every bit of lint, hair and fluff that it comes into contact with.  Photographing it was a nightmare because in the seconds it took to rise it under the tap and grab my camera, the toy had already picked up dust.  It’s so challenging to keep Tremo clean, and I always have to give it a rinse before I use it.  This problem seems to be par for the course with soft silicone toys, but it’s a trait that I could do without.

As with all my Uberrime toys, I was thoroughly impressed with the appearance of Tremo.  The second I saw this gorgeous hot-pink and purple finish, I knew I had to own it.  The way the colours gently bleed into one another gives a tie-dyed appearance which sets this toy apart from any other I’ve seen.  In a word, it’s gorgeous. But if you’re jonesing after one just like it, I have bad news for you. Uberrime only makes a small number of each colour variation, and they don’t seem to repeat them.  So although you might not be able to find one just like mine, chances are that when you visit their store, they’ll have uniquely beautiful option on offer. 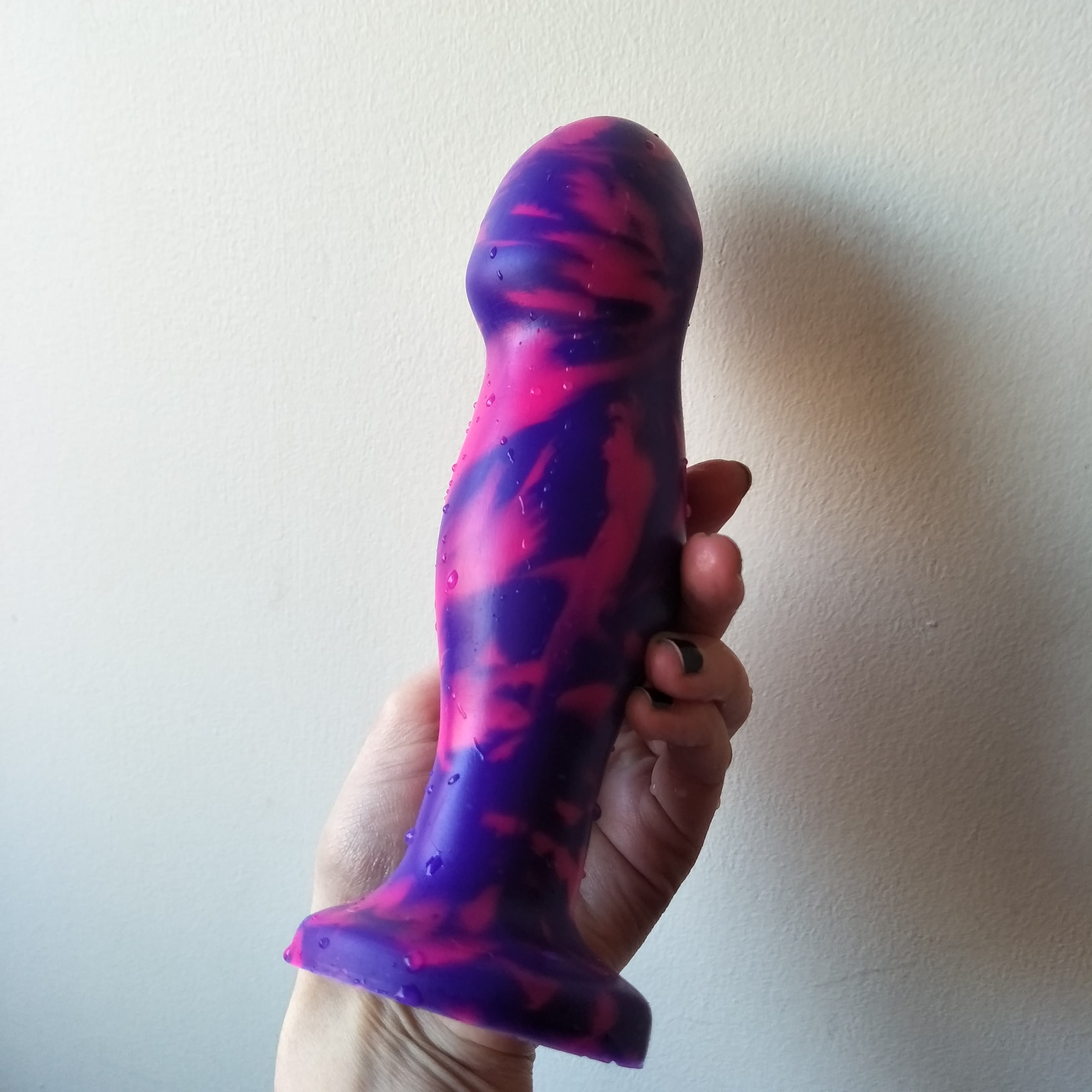 I would definitely recommend the Tremo for anyone who is new to g-spot stimulation and it looking for something that will give a more gentle sensation.  It’s the perfect toy for anyone who prefers to get off by clenching and grinding rather than thrusting. It would also be an excellent choice if you already have a collection of firm toys and are looking to try something new.  While the soft texture does have some drawbacks, the Tremo is a sensual toy that will leave you in a quivering puddle of satisfaction with every use.