Like many of my generation, Cosmopolitan magazine was the source of most of my sex education in my late teen years.  I gleaned much of my sexual knowledge from between it’s glossy pages, some of which was accurate and some of which was….pretty questionable.  When the folks at My Little Secret asked if I’d be willing to review one of the new Cosmopolitan line of vibrators, I was eager to see whether the toy would live up to the magazine’s reputation: racy and sensual.  I figured that like the sex advice contained in Cosmopolitan, the toy was likely to be either genuinely brilliant or downright awful. 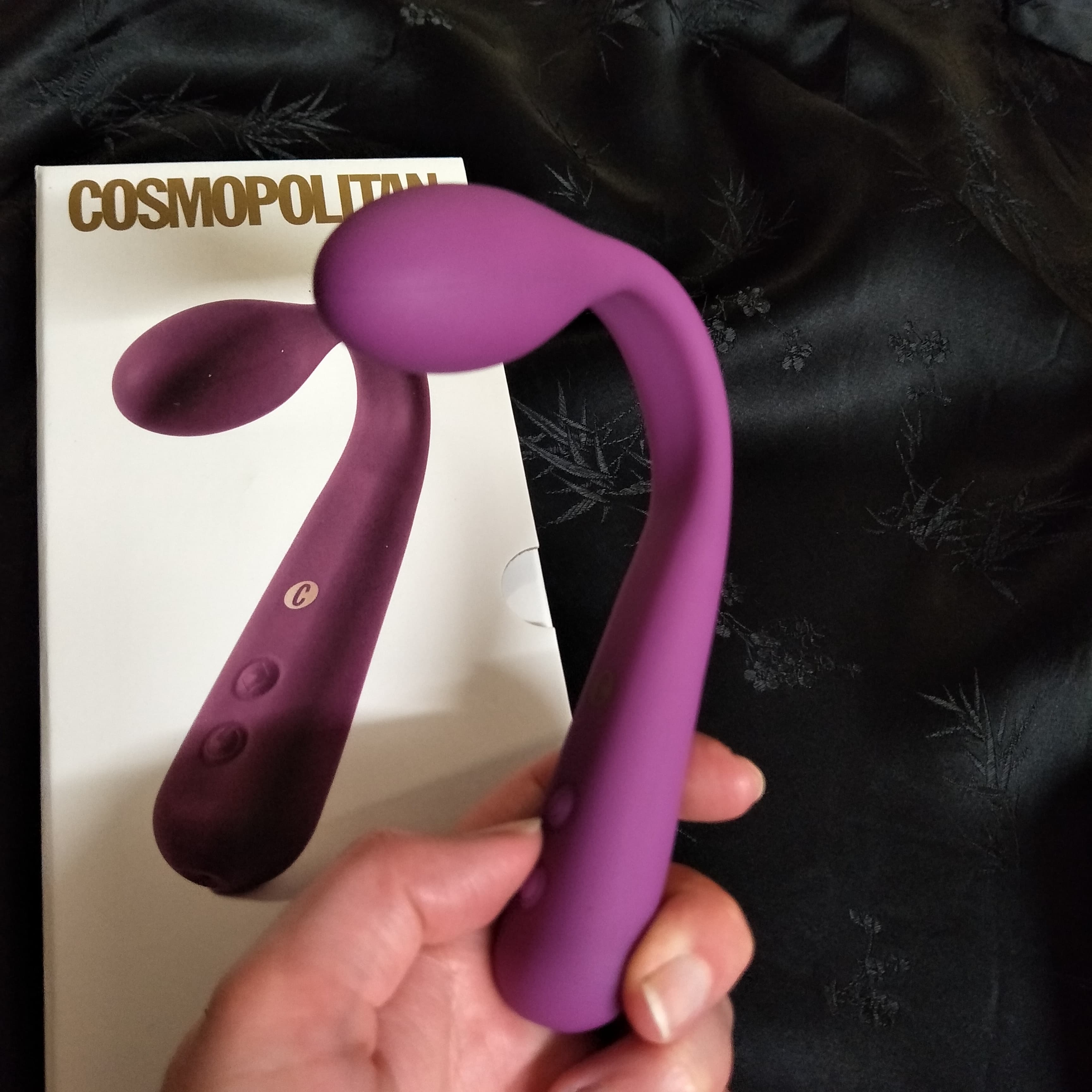 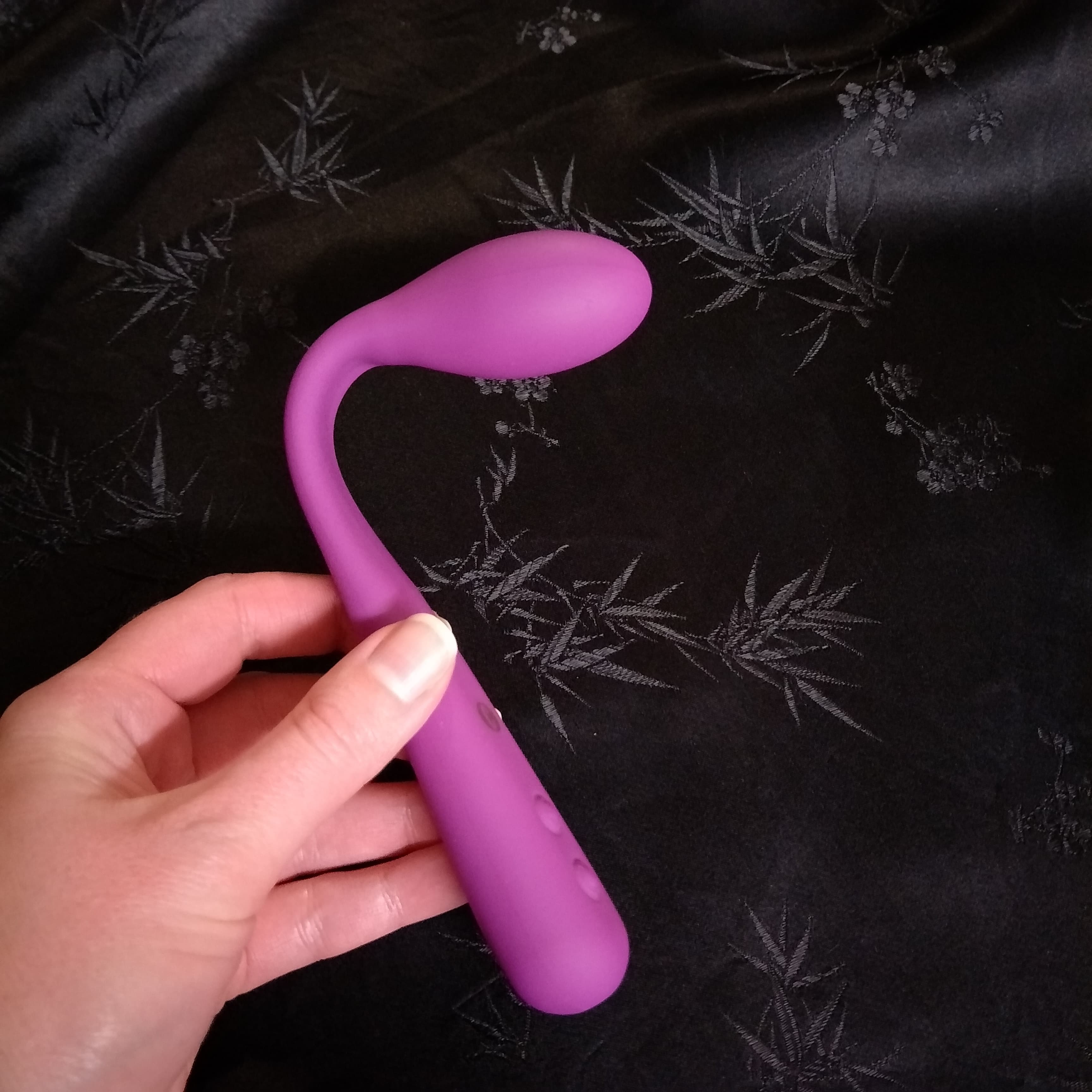 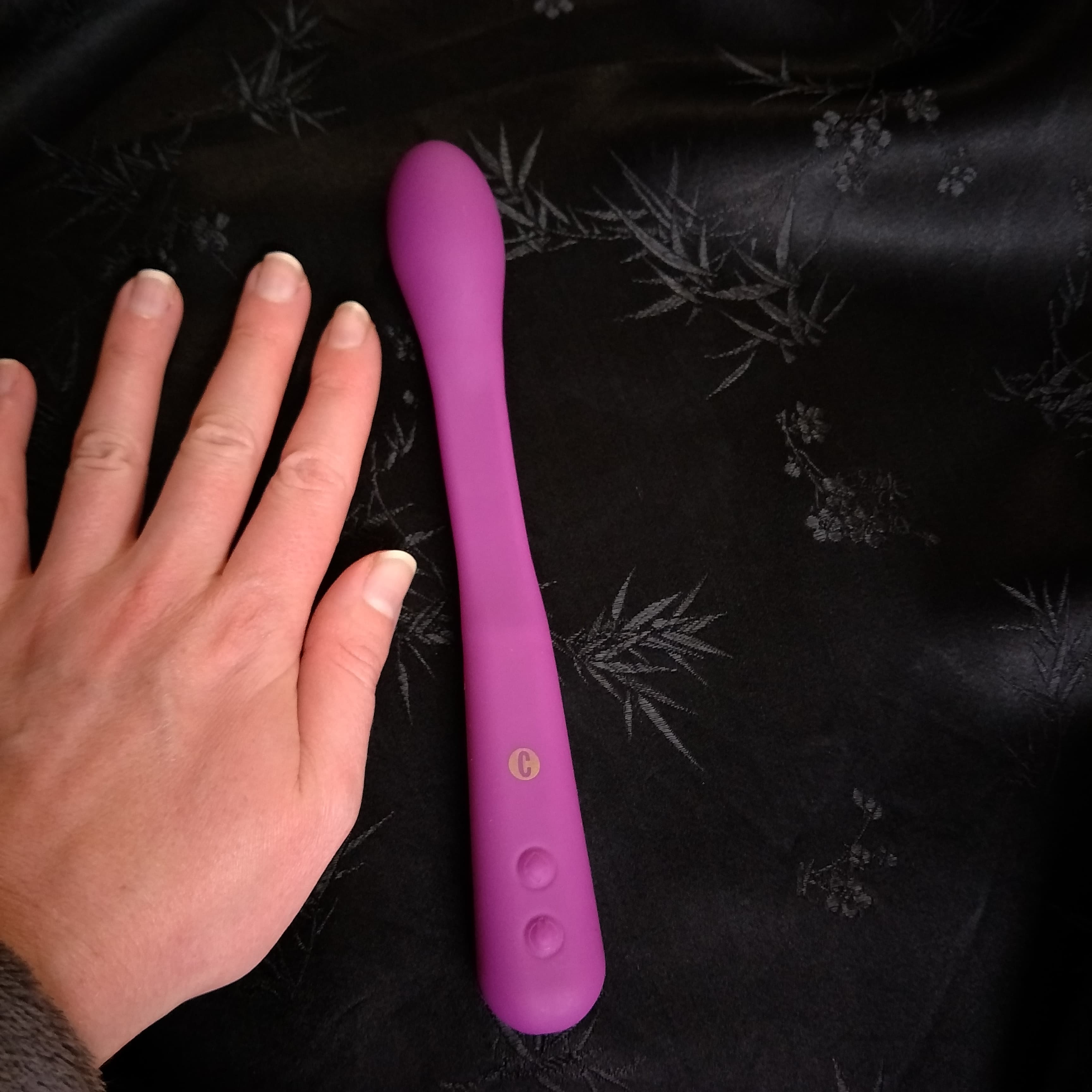 Right off the bat, I began twisting and bending this toy to test it’s flexibility.  With a name like “Bendable Love”, I wanted this toy to be able to perform some feats of contortion.  And it did not disappoint.  The stem is incredibly flexible and easy to bend into the shape that best suits your body and purpose.  That flexibility is both a blessing and a curse.  On the one hand, it provides the opportunity to get creative and customise your toy to fit you perfectly.  It allows you to use the toy in multiple ways, bending it to hit your g-spot, curling it to reach your clitoris or folding it in half to use as a double-stimulator.

The downside of that flexible stem is that it doesn’t take much pressure to make it shift it’s shape.  I noticed this particularly when I tried to use the toy as a g-spot massager.  Most g-spots benefit from firm pressure during stimulation.  This toy simply had too much give, and would quickly bend out of shape the moment I tried to apply pressure to my g-spot. It does a decent job of providing light internal stimulation, but as a targeted g-spot toy it really isn’t firm enough. 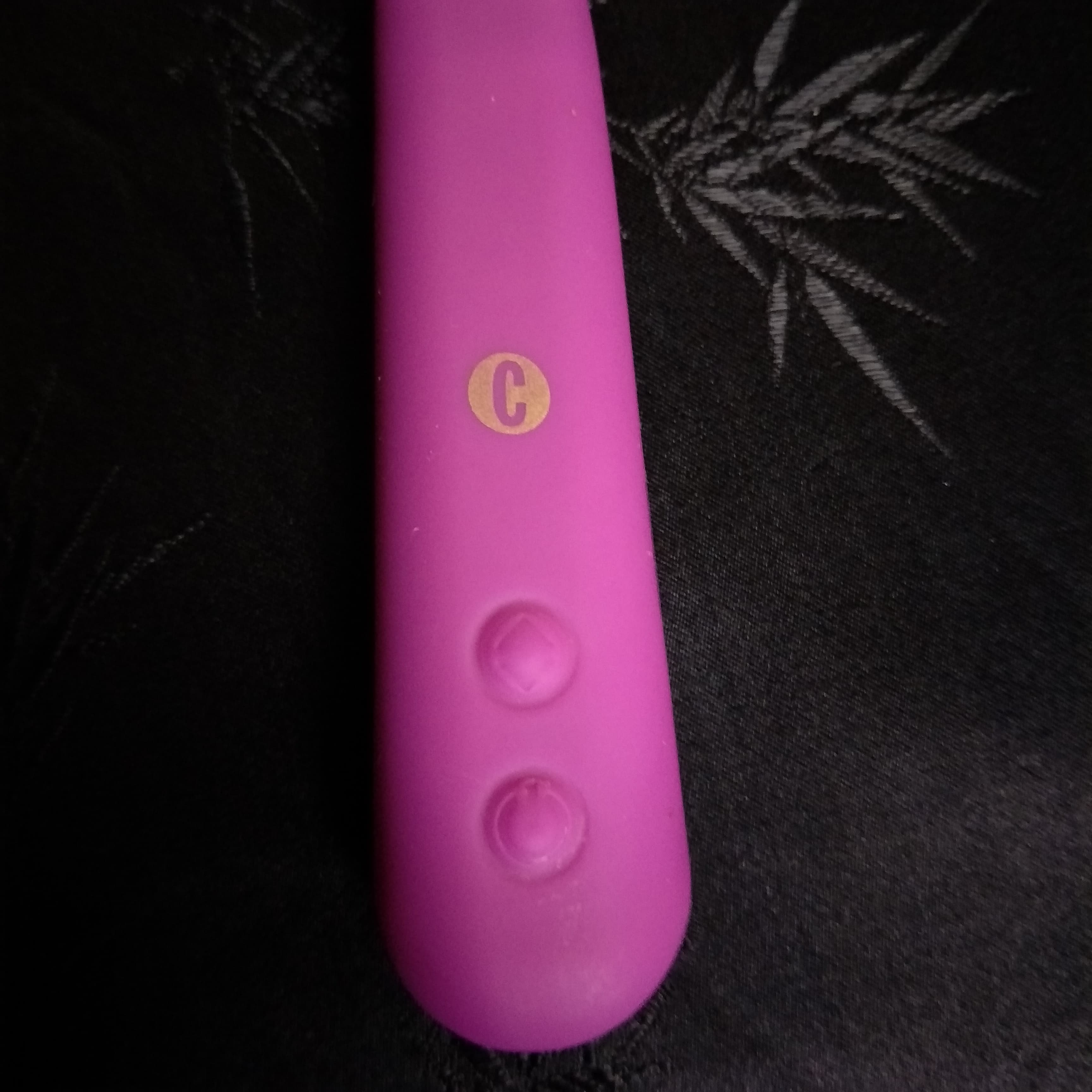 The motor on this toy is fairly impressive.  The Bendable Love has three solid speed settings and five patterns.  The vibrations are fairly strong and rumbly on the lowest setting, and get buzzier as the settings get stronger.  I was slightly shocked at how loud the motor was, especially on the higher settings.  This definitely isn’t the toy for you if you want something quiet and discreet.   I prefer this toy on the lower two vibration settings, and I didn’t enjoy any of the patterns.  The toy also has an auto-mode that cycles through all seven of the speeds and patterns on a loop.  I’m slightly baffled as to why the person who designed this toy thought this function would be useful.  The vast majority of people with vaginas will tell you that they prefer consistent, predictable sensation to reach orgasm. Constantly changing patterns is a recipe for sexual frustration.

I found the Bendable Love worked best as either a clitoral vibe or a dual stimulator.  If I folded it in half, I could insert the bulbous end and then rest the handle against my clitoris and rock it backwards and forwards.  This was my favourite way to use the toy.  If you have shorter arms or sometimes find smaller clitoral toys tricky to reach the right spot, this might be a great choice because the handle gives you a lot of extra reach. The flexible design also makes it easy to bend the toy during use, so it’s easy to make adjustments on the fly to reach the right spot. 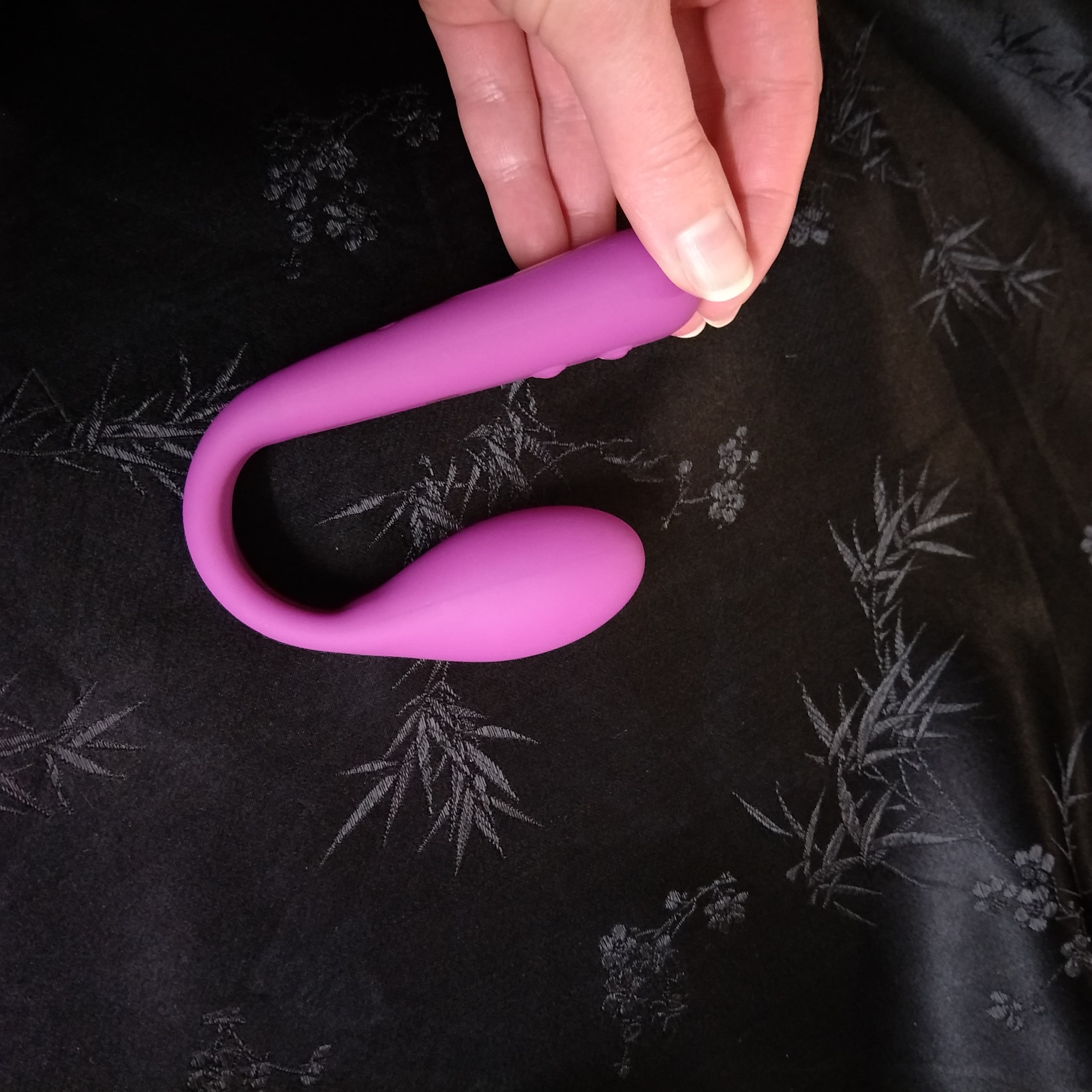 The description of this toy states that “this waterproof toy not only nestles inside and out for an extraordinary dual climax for her, but also emanates erotic vibrations for her partner.”  This vague statement leads me to believe that the toy was intended to be worn during intercourse, with the bulbous end inserted into the vagina and the handle hitting the clitoris.  I had a good play with this toy, and it just didn’t work for me in this way.  Not only does it create a physical obstruction that makes penetration difficult, but it does not stay in place during play.  You’d have to physically hold it into position, which totally eliminates the possibility for hands-free play. 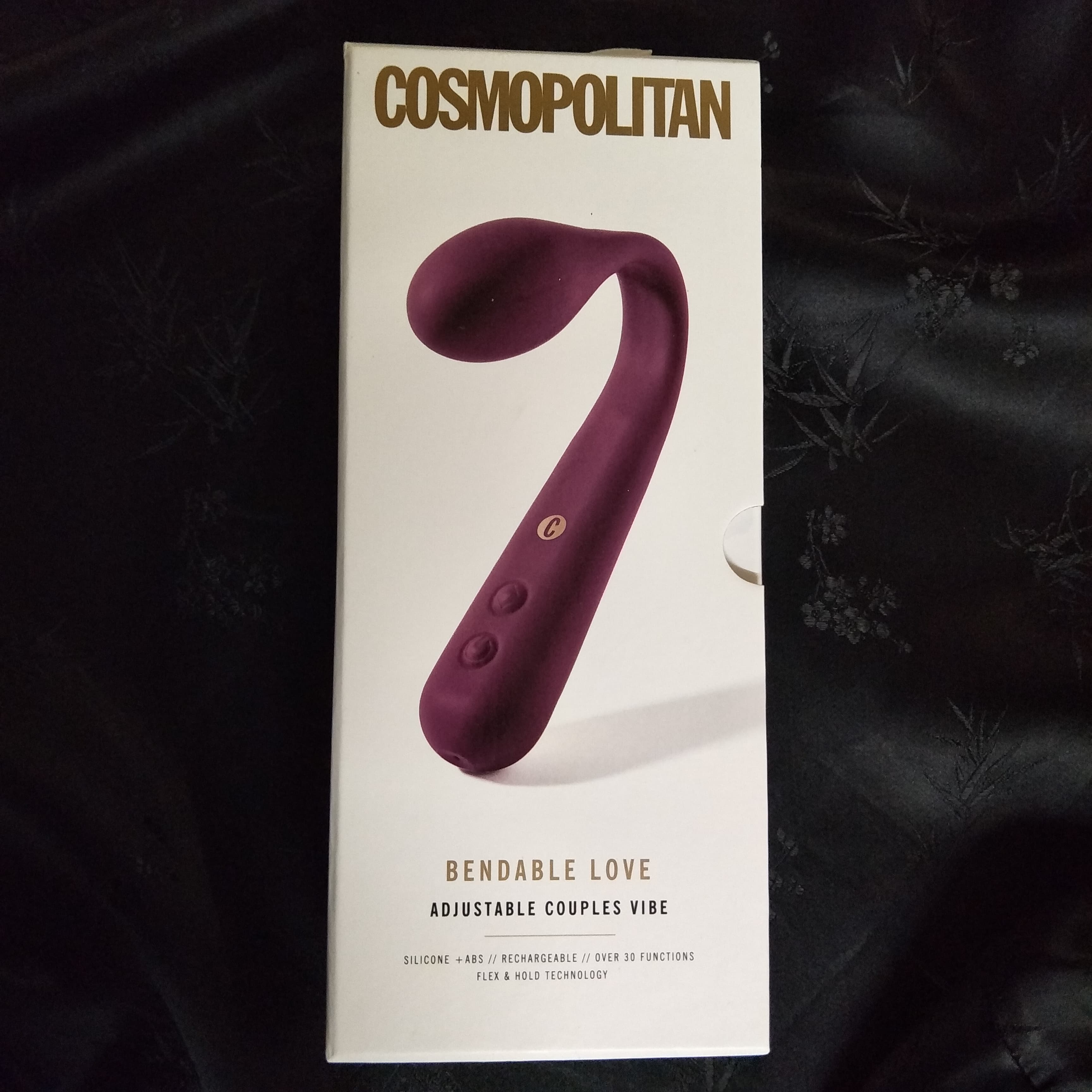