It occurred to me that it’s been quite a while since I’ve written anything personal on this blog.  Although I’ve been writing plenty of stuff about sexuality, veganism and productivity, it’s been a really long time since I did a life update.  As the new year is upon us, I figured it’s the perfect time to check in and let you know what’s been going on in my world. 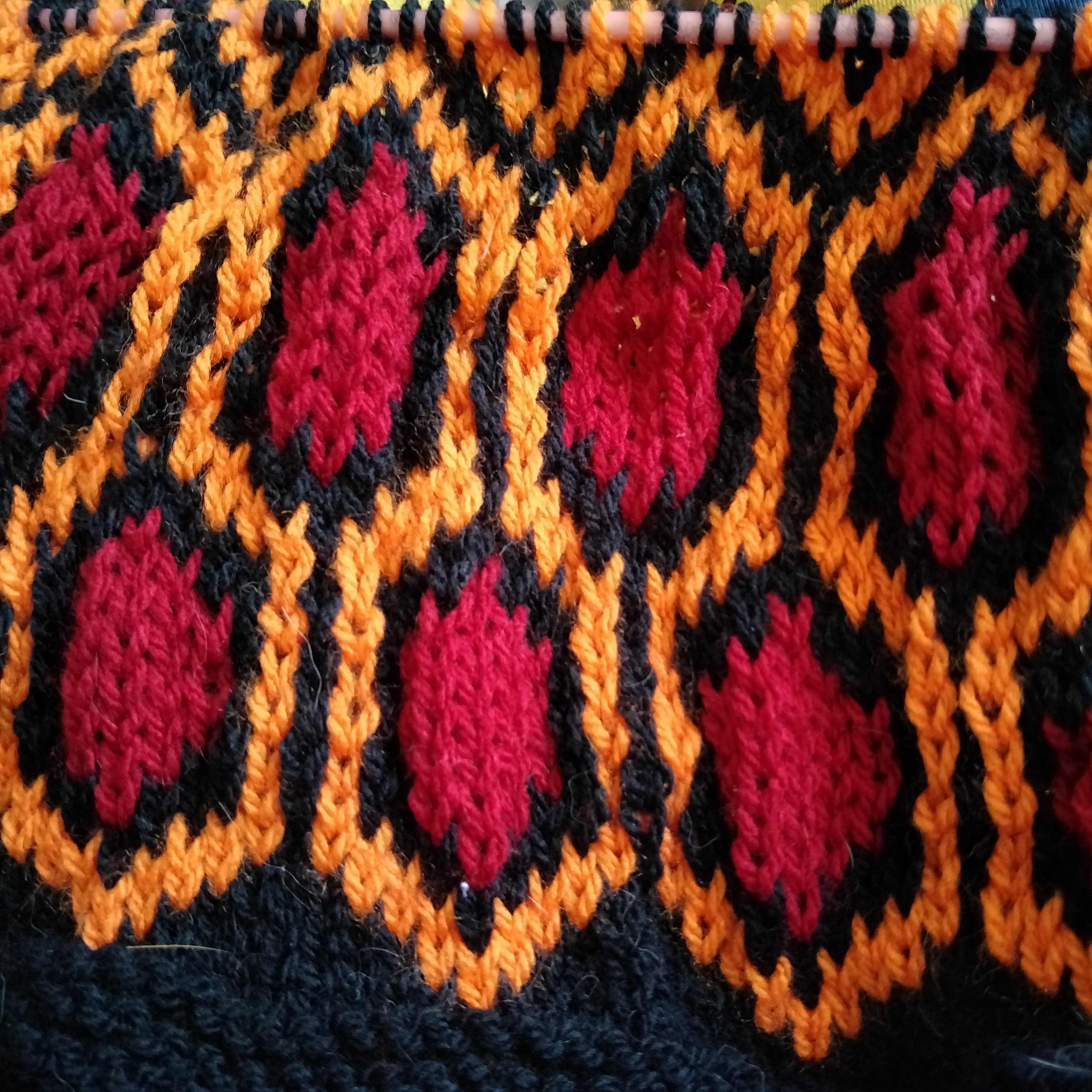 Making: A knitted jumper that’s the same pattern as the hallway carpet of the Overlook Hotel from The Shining.  It’s probably the most ambitious project I’ve ever made, and for a long time I hardly worked on it because I felt overwhelmed.  But this past week I’ve picked it back up again and I’m very pleased with my progress.

Cooking: Loads of salads and stir fries.  The weather has been hot, I’ve been on holidays and I’ve had a very “I Can’t Be Bothered” approach to cooking. 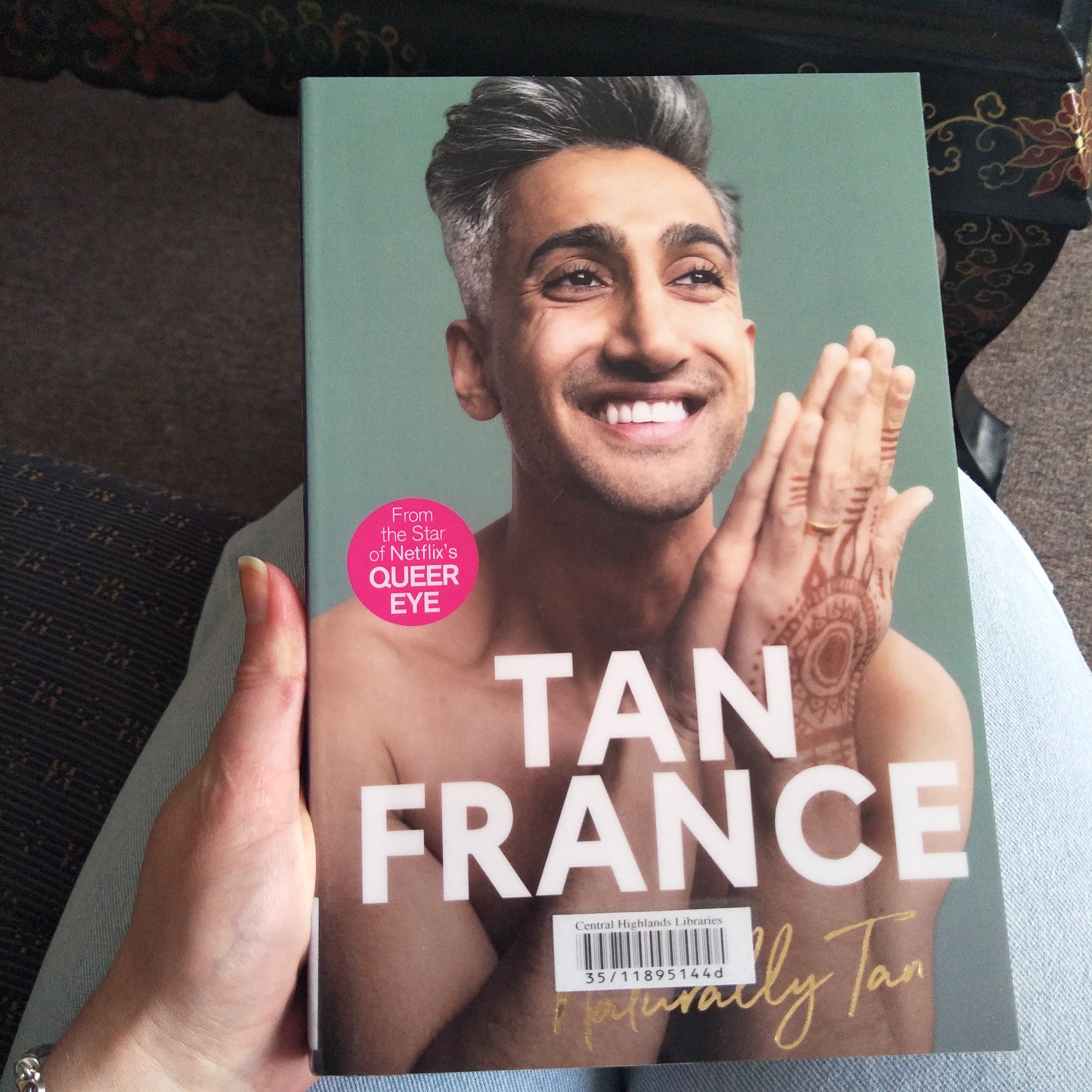 Reading: Tan France’s autobiography: Naturally Tan.  Tan is by far my favourite of the Fab Five and this book is a delightful combination of fashion, politics and hilarious anecdotes.  Also his relationship with his husband is nothing short of inspiring.

Trawling: Through Youtube searching for videos of people reacting to the Cats movie.  I saw it two days after it’s release, I was traumatised and I want to feel less alone in my horror.

Wanting: A few more weeks of holidays. My office has been closed for three weeks and I’m definitely not ready to go back to work.

Looking: forward to a road trip with David.  We’ve been planning on doing a little drive one day before my break is over and it will be blissful to have a day to ourselves.

Deciding: On a style direction for 2020. I’ve been feeling quite bored with my wardrobe lately, and I’m keen to shake things up and start experimenting a little with my clothes again.

Wishing: For an end to the bushfires.  It’s been a very frightening time here in Australia.  The place I’m living is relatively safe from fires.  However the fires have come close to where my parents live a couple of times.  Even though the nearest fires are hundreds of kilometres away, the smoke has been just awful here.  I’m wishing for an end to the bushfire season and some relief for the people living in fear.

Enjoying: Riding my bicycle.  After my stroke I didn’t ride for three months because I physically couldn’t, and it took ages to build my fitness back up.  I’m now at the point where riding is fun again, and I’ve been cycling most days.

Waiting: For all my packages to arrive.  I’ve ordered a handful of new wardrobe items to spruce up my look for 2020.  I didn’t want to go overboard so I just chose a couple of things very carefully.  I’ve also got a few new toys on the way to review in the year ahead.

Liking: Board games.  I’ve been meeting with a board game group once a month and they’ve introduced me to some new games.  My current favourites are Azul and Stroop, as well as Trivial Pursuit. 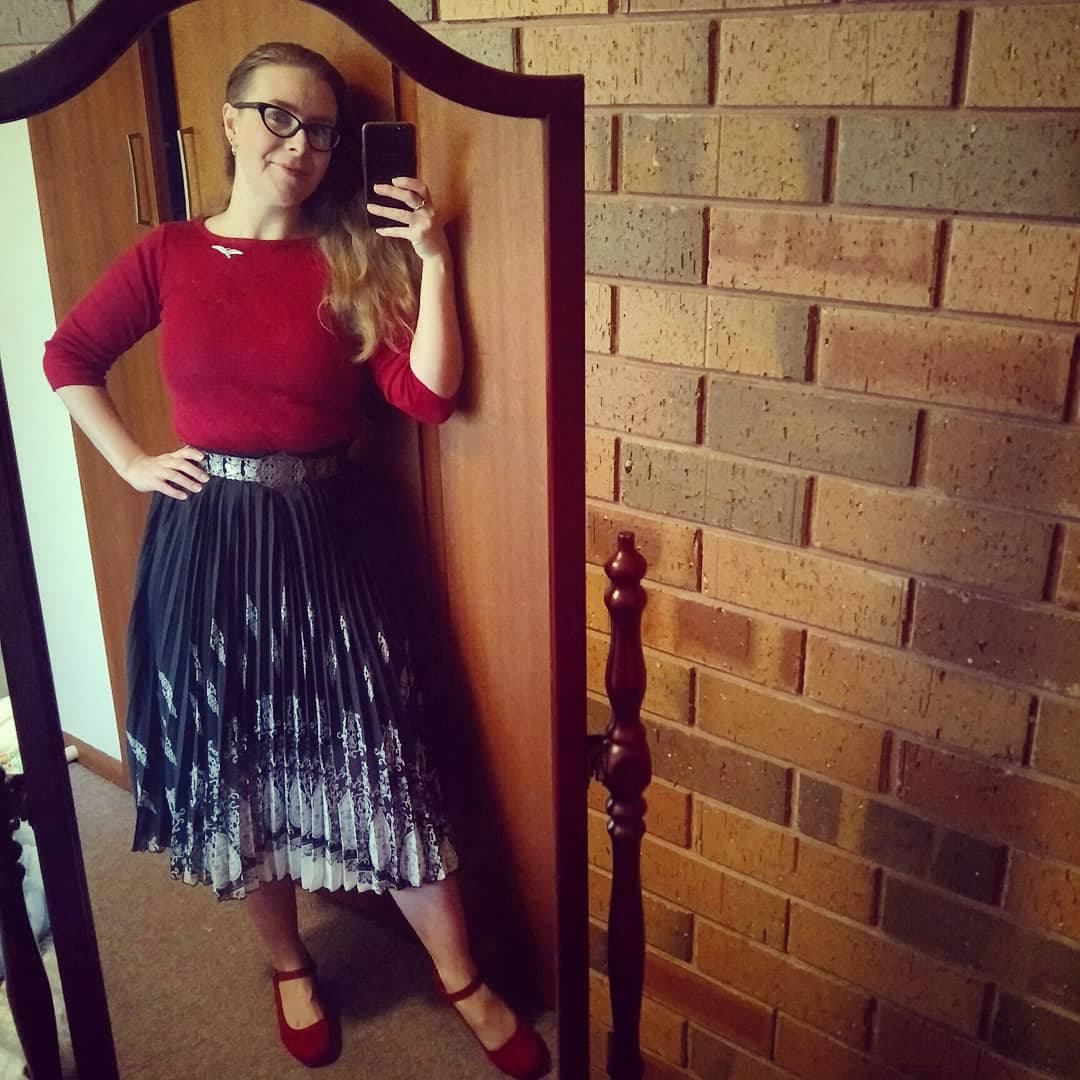 Loving: Greta Gerwig’s Little Women.  Little Women is one of my favourite books and I was unsure whether we really needed yet another film adaptation of this classic story.  It turns out we definitely do because this film is awesome.  It’s a really fresh telling of the tale that made me feel like I was catching up with friends I hadn’t seen for years.  The film focuses on some of the relationships that are kind of glossed over in previous adaptations (such as Beth and Mr Lawrence) and gives a new way of looking at a favourite story.  I was deeply impressed with this film.

Pondering: How different my life is now to one year ago.  In 2019 I really found my groove at a new job that’s a great fit for me, I settled into living in a new town, I grew even closer to David and I recovered from a stroke.  2019 really tested my mettle, and I feel like every aspect of my life has altered significantly.

Listening: to Hamilton on repeat.  I’ve also been obsessed with the Chatflix podcast, which I’ve been putting on in the background while I tidy my flat. 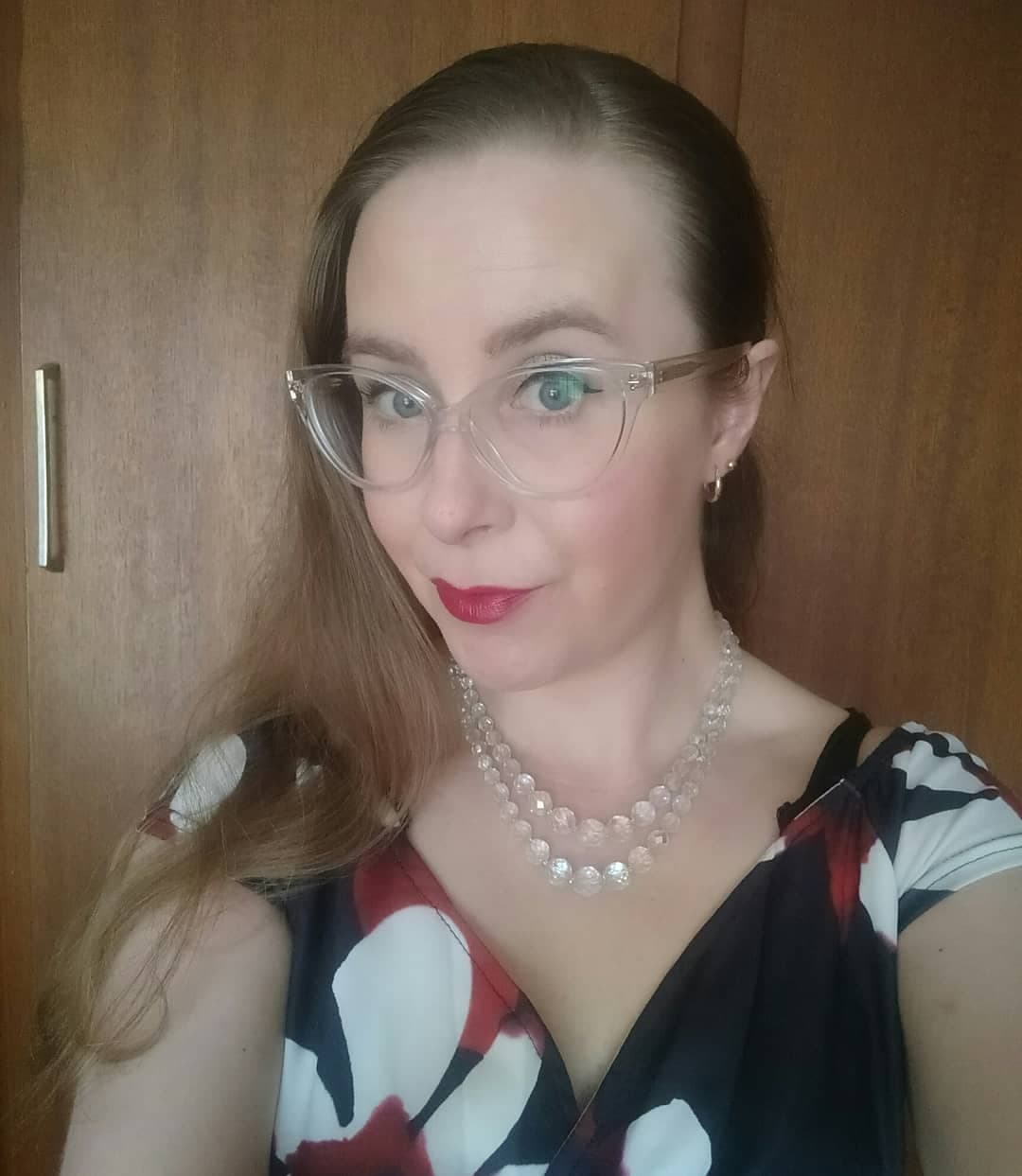 Considering: ways to recycle glass jars.  Our local recycling plant has stopped accepting glass, so I’m trying to think up a variety of ways to repurpose my jars instead of just throwing them in the garbage.  I’m getting into bulk shopping, preserves and candle making.

Buying:  Chub Rub Shorts from Snag.  I’ve heard a bunch of people raving about these and I’m really keen to give them a go.  I’m still wearing my Bandelettes, but I think the shorts would be ideal for putting underneath skirts and dresses when I’m cycling.

Hoping: To travel home more often this year.  I was only able to visit my parents once in 2019 and that made me incredibly homesick.

Marvelling:  At how lucky I am to have such a fantastic partner.  It’s wonderful to be with someone who just *gets* me, someone that I can just be myself with.  It also helps that he’s hilarious, handsome, creative and kind.

Cringing: at the number of diet ads that have been clogging up my newsfeed.  I’ve been struggling with diet talk and diet culture over the past few months.  I made the decision that this year, I’m just not having it.  All those ads are getting reported as scams, and I’m being a lot more vocal about my distaste for diet chat.

Needing: To go easier on myself this year.  I always seem to put a massive amount of pressure on myself and I want to work on taking a more gentle approach. 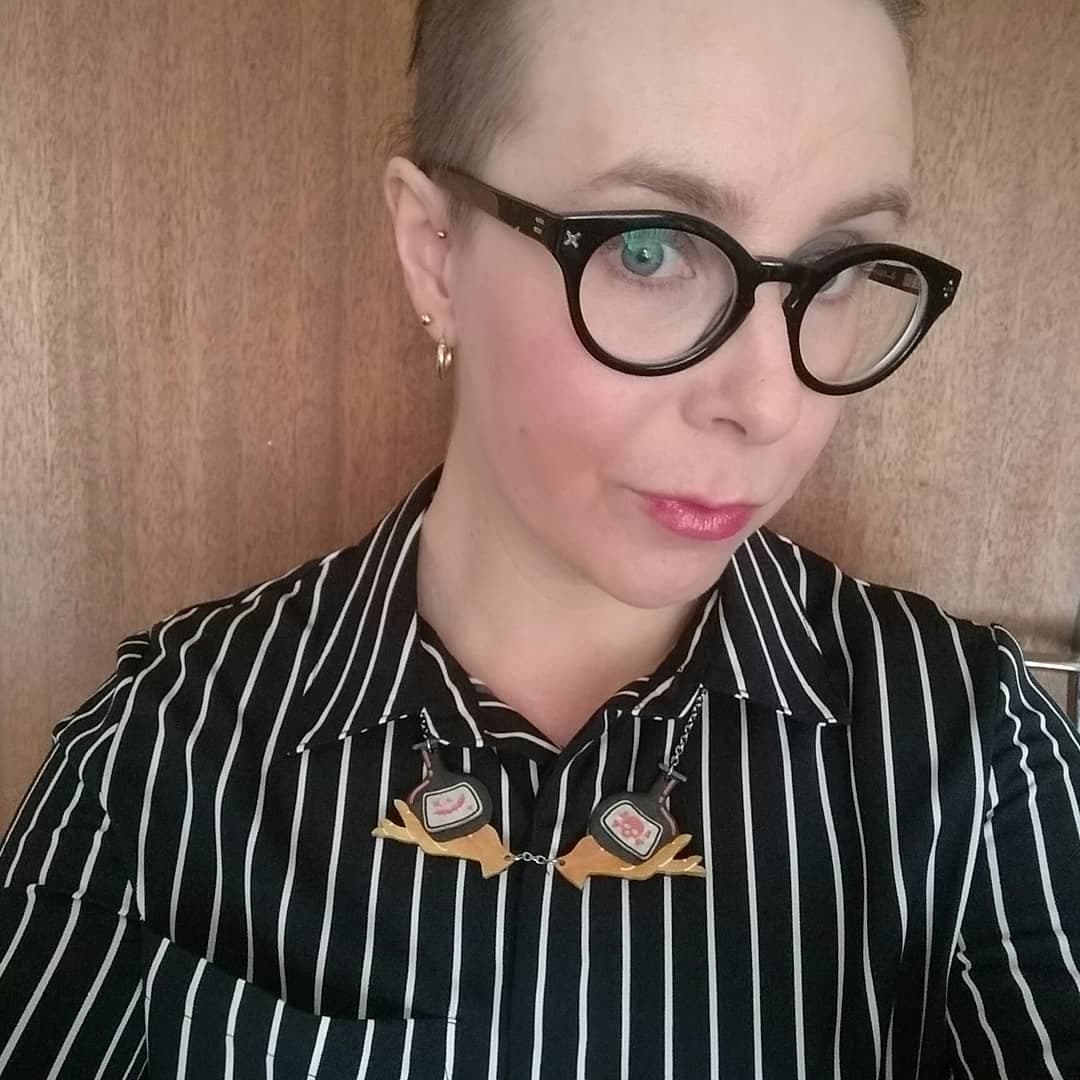 Admiring: My friends who have made big leaps forward in the last few months by starting businesses, having babies and beginning creative projects.

Feeling: Contented and excited.  Chilled out from several weeks off and a mild sense of dread at the pile of emails that surely await me at work next week.

Embracing: Vulnerability and new opportunities.  Trying things that I might not be good at.

What’s going on with you so far this year?