Bullet vibrators are a dime a dozen.  They’re so ubiquitous that it’s challenging to find a vibrating bullet that stands out from the sea of unimpressive competitors.  Bullet vibes tend to be cheap and buzzy, intended to be tossed into a pocket or handbag for an on-the-go thrill.  I’ve had more than my fair share of disappointing bullets fired in my direction.  So when the fine folk at Aphrodite’s Pleasure sent me the Nalone Ian I was skeptical whether this humble bullet had enough bang to knock my socks off.

The entire shaft of the toy is covered in a luxurious, buttery silicone and it has a lace texture pattern.  This ribbed texture not only feels lovely when rubbed against the skin, but it gives the toy a little extra grip.  A lot of bullets are entirely smooth, and when you combine a slick texture, a little lube, a small surface area and vibration, it’s a recipe for frustration.  I’ve lost many an orgasm to a lube-coated bullet vibe slipping from between my fingers like a buzzing bar of soap.  Ian’s textured shaft solves this issue, making it a breeze to control and direct the vibrations exactly where you want them.

At only 11.3 centimeters long, Ian is compact and discreet.  One might look at the diminutive size and assume that this toy won’t pack a punch….and you’d be dead wrong.  The vibrations are shockingly strong for such a tiny toy.  Rumbling and satisfying, Ian’s vibrations make up for every shitty bullet vibe I’ve endured in the past.  For all the power it puts out, Ian is surprisingly quiet. 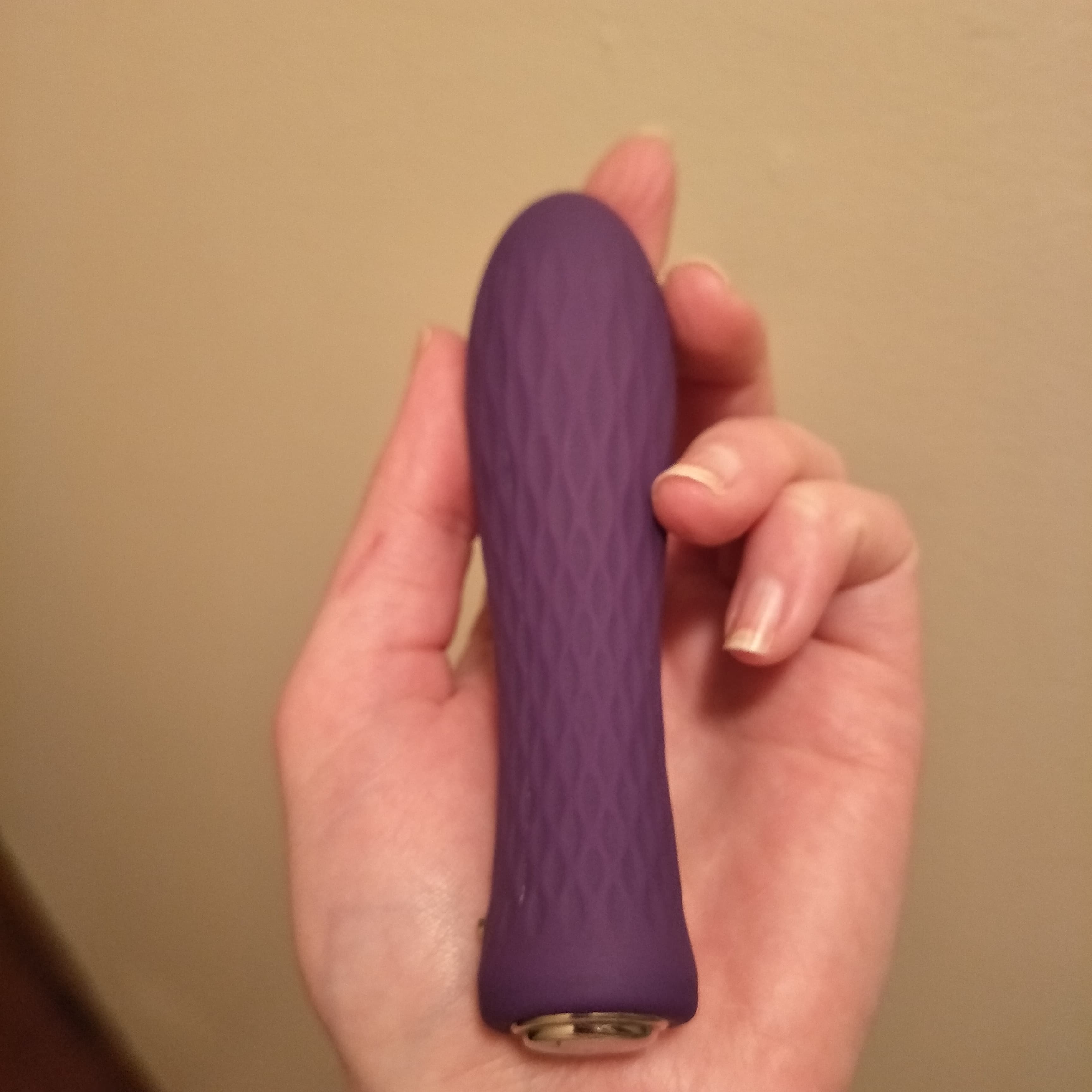 An issue that many people tend to have with bullet vibrators is that they can be a little numbing.  If you do find one that’s powerful enough to be of use, often the vibrations can make your fingers go numb after a little while.  I noticed that while Ian was a little numbing (especially on the highest settings) it was less so than other bullets I’ve tried.  I put this down to the fact that Ian is shaped like a torpedo, with a wide tip, narrowing down to a slender shaft.  The motor is in the wider end, so the vibrations are really concentrated at that end. While you still get some vibration in the shaft, it’s not nearly as strong which makes it comfortable to hold for longer periods. 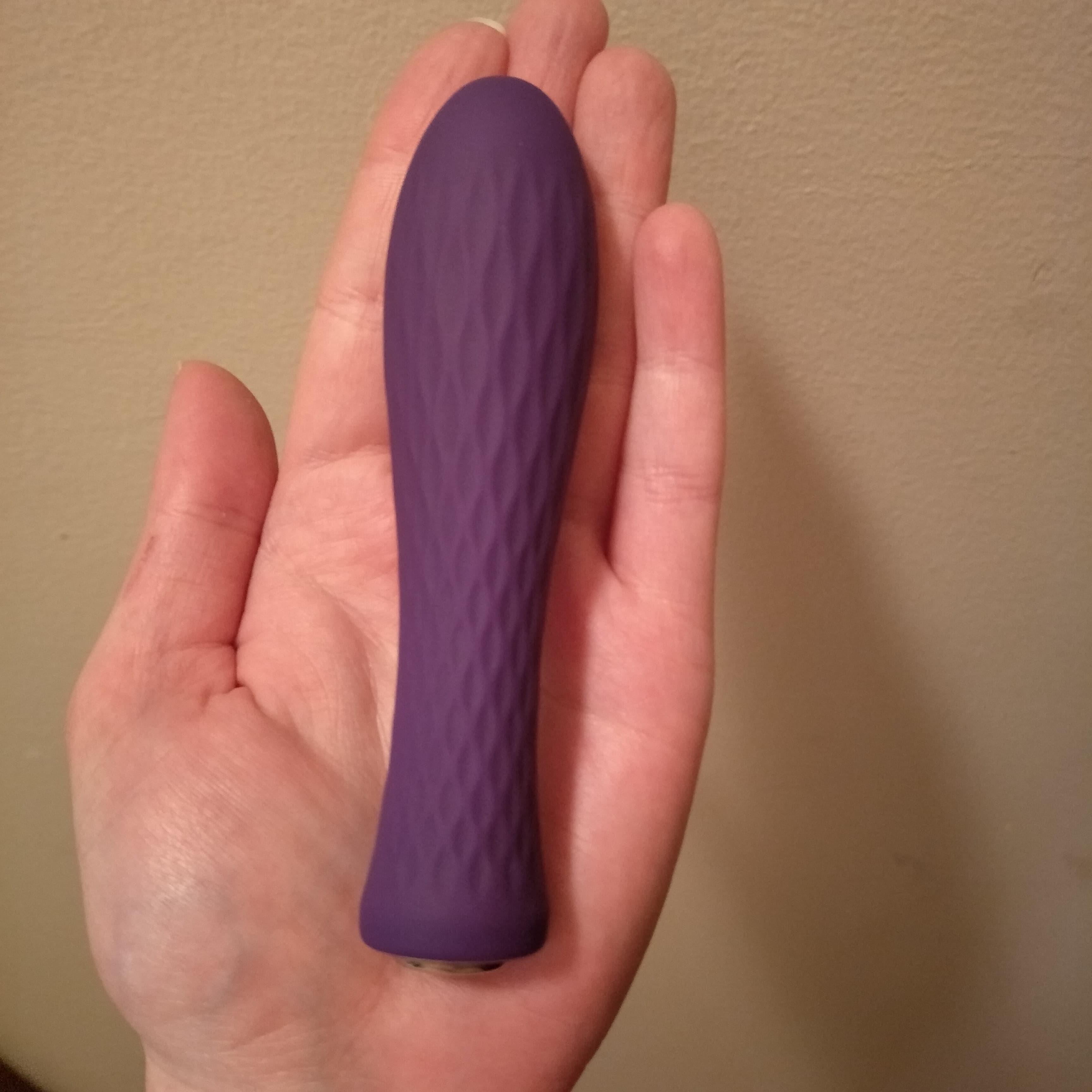 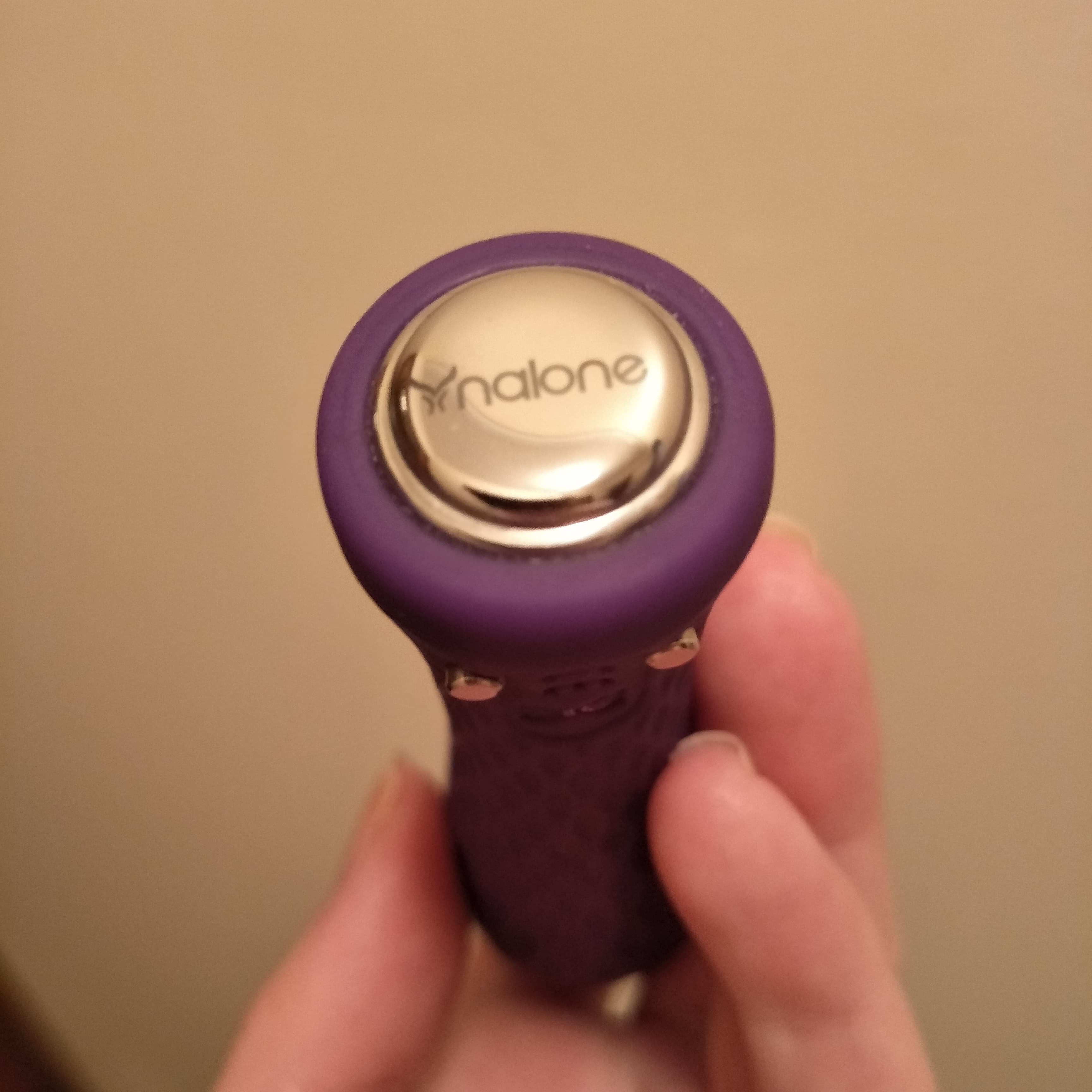 The one thing that I’d change about Ian is the control button.  Ian operates with a single push-button, located on the base of the bullet.  The button is….temperamental.  You have to hold it down quite  hard for a few seconds to switch the toy on.  It often takes me a few tries to turn it on, and I’ve had a couple of times when I thought it had gone flat.  To cycle through the modes, you have to press the button very firmly, and to switch the toy off you have to hold it down for several seconds.  It’s usually a struggle to switch the toy off, which is a mood-killer after an epic orgasm.  On the plus side, it’s very difficult to accidentally switch the settings during play.