I haven’t had a lot of luck with clitoral vibrators lately.  The ones I’ve tested and reviewed in the last couple of months have been kind of lack-lustre.  For me, clitoral stimulation is non-negotiable.  I simply can’t reach climax without it.  So a slew of below-average clit toys left me feeling frustrated and unsatisfied.

That all changed when the Jimmyjane Form 2 was thrust into my hands by the owner of one of my favourite stores, Aphrodite’s Pleasure.  They simply couldn’t believe that I hadn’t tried this perennial bedroom superstar.  Their parting words to me were “Try the Form 2 and thank me later”.  I meandered home, toy in bag, hoping that finally the drought of terrible clit vibrators might be broken. 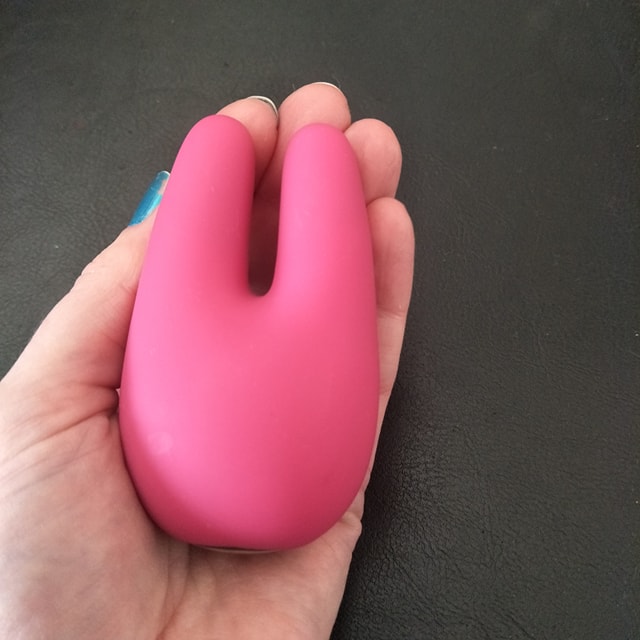 I was cautiously optimistic about this toy, but I did have a few initial reservations.  Firstly, it seemed too small to be powerful enough to provide the knee-quivering orgasms that it promised. The last couple of diminutive vibes I’d tried had produced little more than a weak buzz.  Secondly, I was weirded out by the shape.  I felt like the Form 2 looked like a cutesy pink tooth.  Sure, it was adorable, but was that shape really going to do much when the toy was in action? 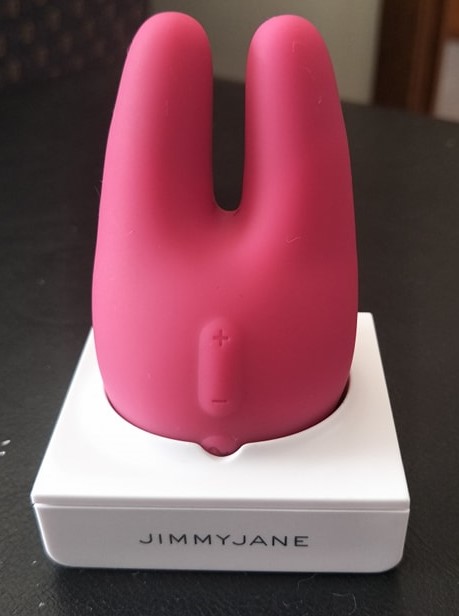 I plugged the Form 2 in to charge and waited to put it to the test.  Right off the bat, I was very impressed with the charger.  The toy sits upright in the charging dock connects via two magnetic points in the base.  I like that you don’t have to plug the charger directly into the toy.  I’m uncomfortable with silicone toys that require you to pierce the charger through a tiny pinprick in the toy.  I’m always afraid that I’m going to tear the silicone when I do this.  The fact that the Form 2 doesn’t have an open charging port is a definite plus for me.  This also makes the toy completely waterproof, so it’s safe to take in the tub or shower.  The charging dock doubles as a handy bedside stand, so you can keep the toy within arms’ reach without it rolling onto the floor if you bump it during the night.

Once it was all charged up, I was ready to take the Form 2 for a spin.  Once I switched it on it became apparent that  I should not have judged this vibe by it’s size.  Shakespeare once wrote “Though she be but little, she is fierce”, and that quote definitely applies to the Jimmyjane Form 2.  This vibrator is deceptively powerful for it’s size.  It has two motors, one in each of the points, which provide strong vibrations.  There are five vibration speeds, which start of rumbly and get buzzier as the intensity builds.  I’ve never needed to venture beyond the third speed, because it’s plenty powerful on the medium settings for my personal tastes. 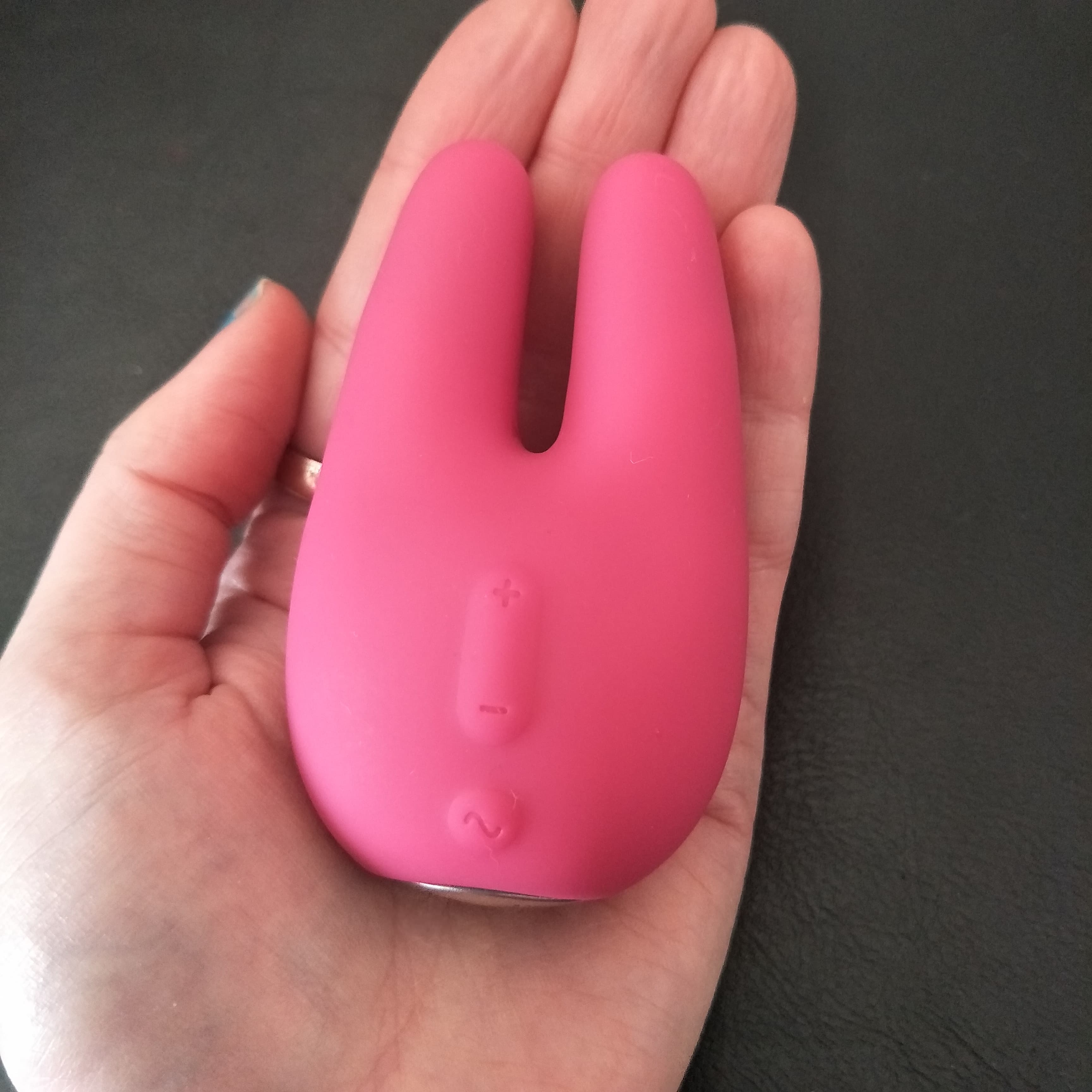 The shape of this toy is absolute genius.  If you’re a fan of really pinpointed clitoral stimulation, you can apply just one of the fingertips to the exact spot you like.  If you’ve read my “Wand Vibrators 101” post, you’ll remember how I talked about the “legs” of the clitoris, and how stimulating the entire clitoral area can produce more intense orgasms.  Well, this toy is the perfect shape to do exactly that. For broader stimulation of the internal clitoris, just position the toy with one prong on either side of your clit.

The two fingers are firm but flexible, so they can be pinched together with a little pressure.  This make it a really fun toy for nipple play, as you can squeeze the nipple between the two prongs.  You can also create a really intense sensation by pinching the clit gently between the fingers while they’re vibrating.  Pinching or pressing the prongs together doesn’t slow the vibration speed at all, both motors keep buzzing along merrily even when pressed hard into the body. 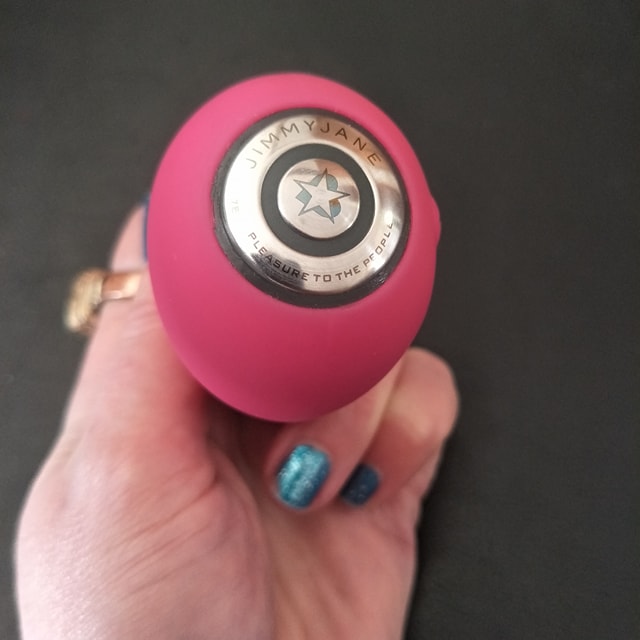 The shape of the Form 2 leaves a lot of room for play and experimentation beyond clitoral play.  I’ve already mentioned that it feels great on nipples, but you could also take it for a spin on the frenulum or perineum.  Another fun use is to press it to the base of a butt-plug for added stimulation.  The fact that this toy can offer both pinpoint and broad stimulation gives you a huge range of potential uses.

Another thing I love about the Form 2 is that the vibration is mostly concentrated in the ends of the points.  The buzz doesn’t really carry up the body of the toy, which means it’s really comfortable to hold onto.  In a lot of smaller toys, I find that my fingers begin to feel numb after a short period because the entire toy vibrates.  The concentrated power of the Form 2 is both incredibly stimulating and comfortable to hold onto.

The Form 2 is also nice and petite.  It’s tiny enough to toss into an overnight bag or even your handbag for fun on-the-go. It’s great for solo use, but it also makes a fantastic couple’s toy.  It’s small enough to easily slip between your bodies for extra stimulation during penetrative play, and the bulbous base is easy to hang onto so you won’t lose your grip at a crucial moment. 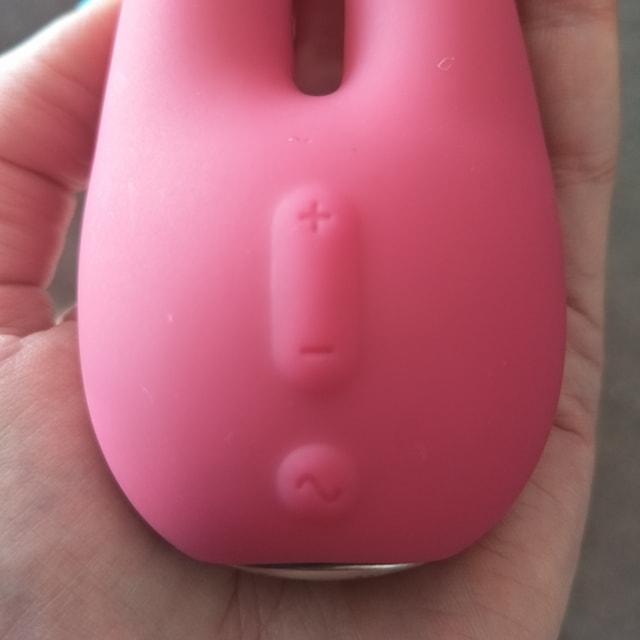