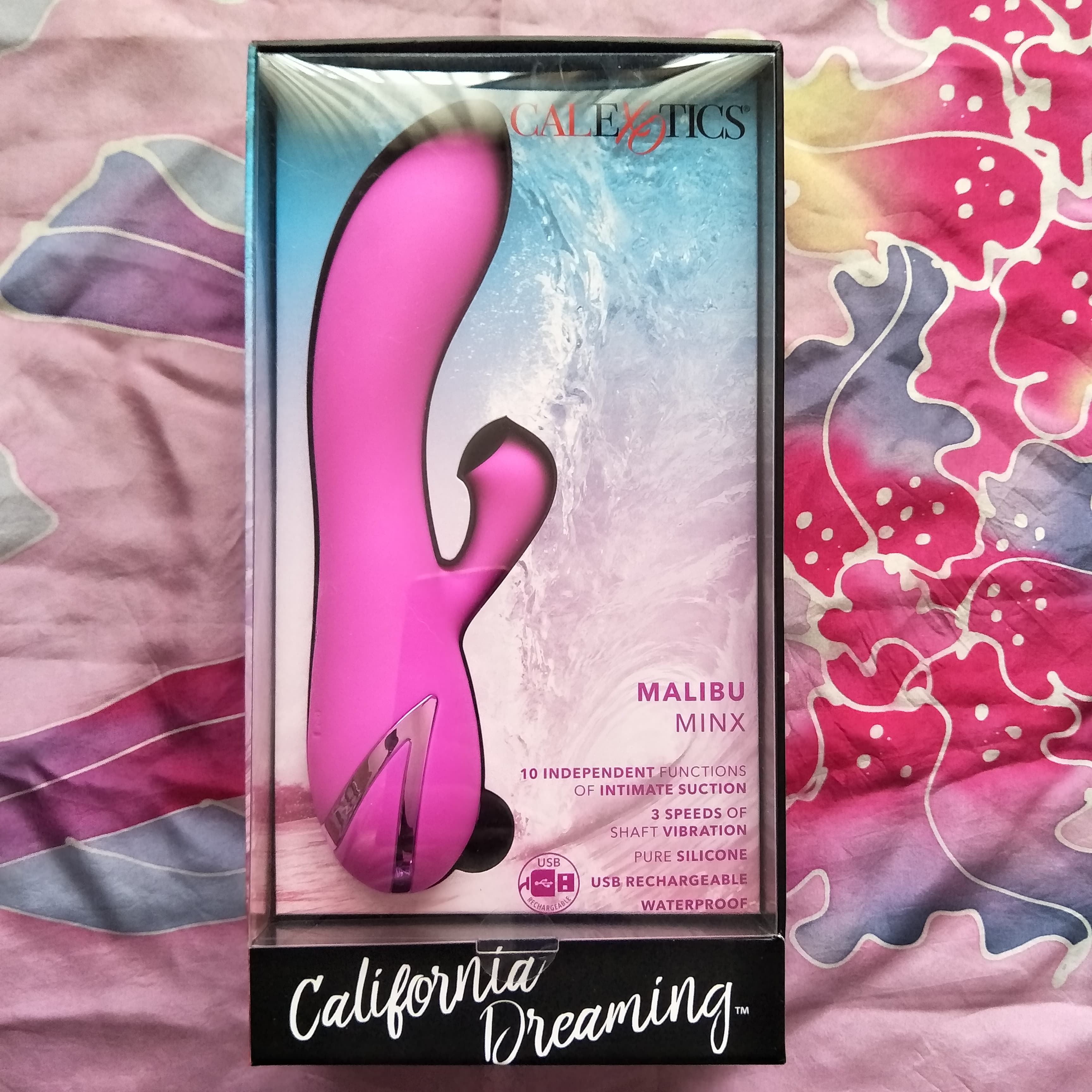 The Malibu Minx is a part of Calexotic’s California Dreaming range. The range includes six rabbits in bright, summery shades each with it’s own unique features.  The Malibu Minx is a bright Barbie pink shade with metallic detailing on the handle and buttons.  The colour instantly appealed to me because I adore all things pink and girly.  If you prefer your toys in more unique shades, the rest of the California Dreaming range includes bright lemon yellow, a lush orange and a gorgeous turquoise.

This toy is made of silky soft silicone.  Not only is it body safe, but it’s so smooth against the skin.  The silicone is on par with some of the most expensive toys in my collection.  It’s definitely good quality, and it doesn’t pick up lint and fluff.  It glides beautifully over my skin and only needs a little lube during use. 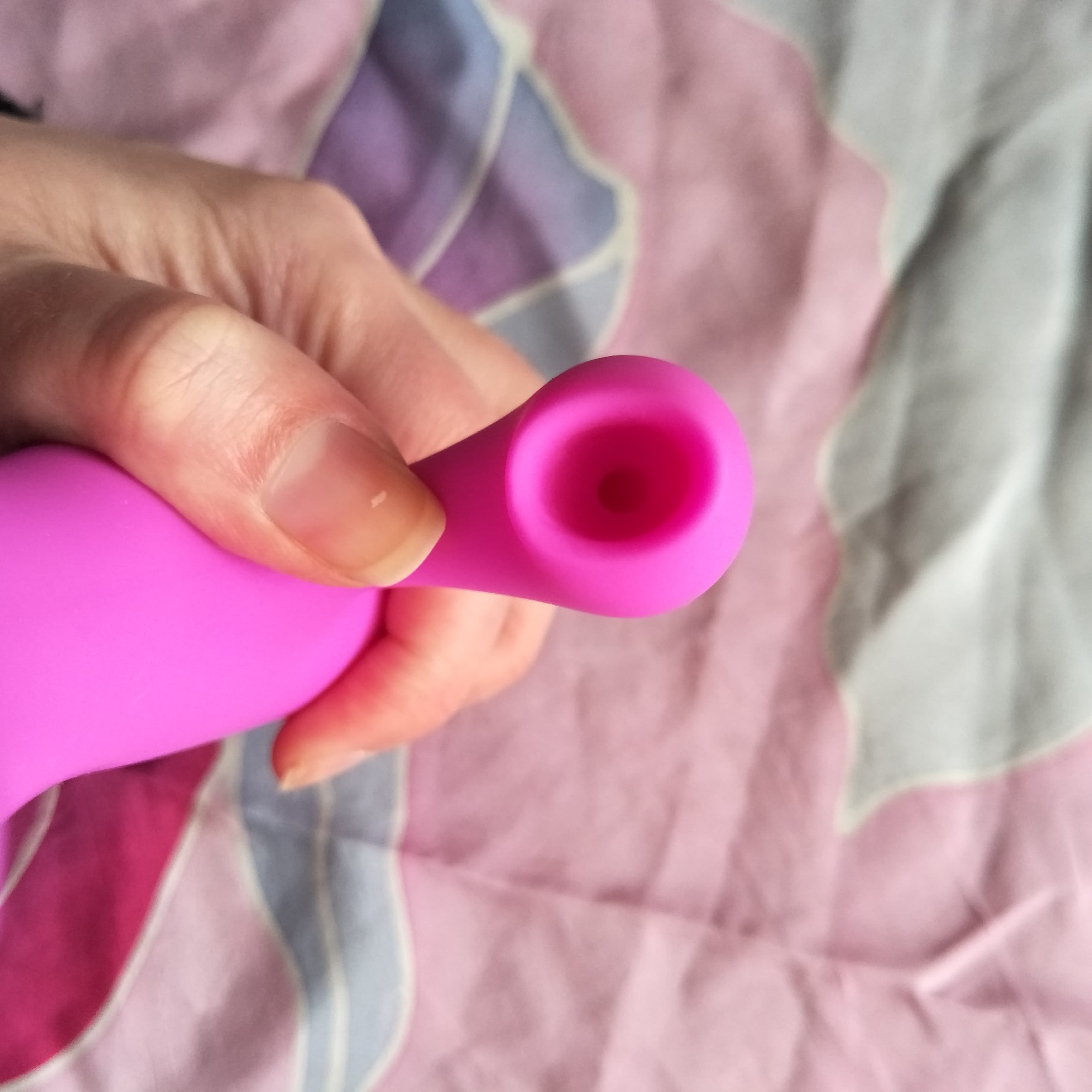 The thing that makes the Malibu Minx a little different to other rabbits is that where you’d expect to see a clitoral vibrator, it features a tiny suction cup.  Rather than vibrating against the clitoris, it sucks on it.  I’ve not had a lot of success with suction toys in the past, finding them either too weak or way too strong.  But the Malibu Minx is the perfect middle ground.  It has 10 different suction functions, so you can easily control the intensity and set it to a point that feels good to you.  There is a gradual increase in sensation with each setting which I appreciated.  Sometimes when there’s a big leap between settings, I find that my preferred intensity is somewhere in between two of them.  So I have to opt for either “not quite strong enough” or “slightly stronger than feels good”.  With the Minx I find it less likely that my pleasure will be lost in the gap between two settings. 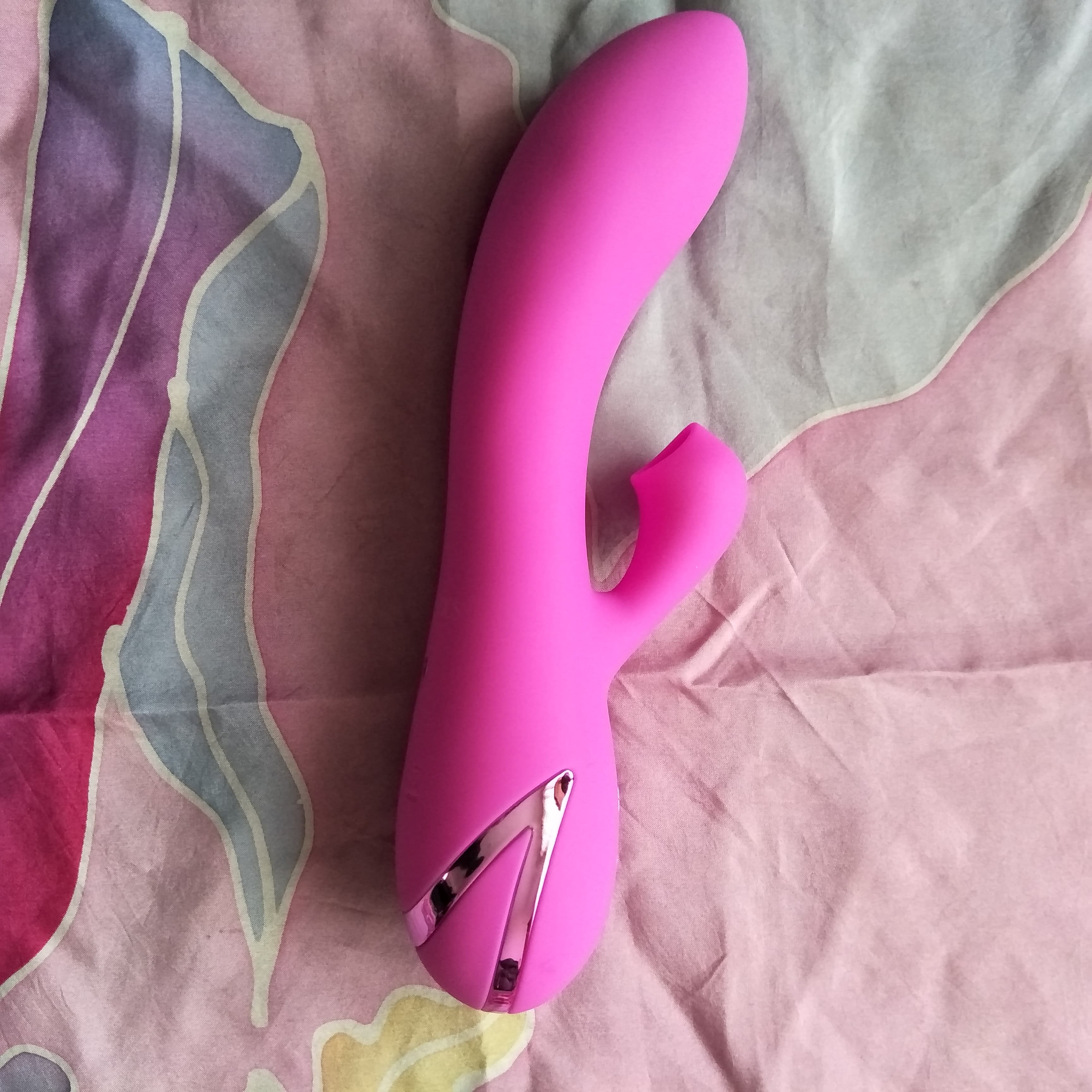 The issue that I’ve had with suction toys in the past is that most of them offer a steady stream of suction.  So it feels good when it first starts, but my clitoris quickly becomes used to the sensation.  In order for suction to feel pleasurable, it needs to have variation.  You need suction and then release to build pleasure.  The Malibu Minx achieves that with a range of suction patterns.  I normally hate the pattern settings on toys, but in this case they’re a welcome feature.  The bursts of suction really help create a similar sense of pressure and release that you’d get during oral sex.  There are a lot of oral sex simulators on the market, and while I don’t think that any toy will actually be able to replicate the sensation of a lover gently sucking on your clit, the Malibu Minx comes close. 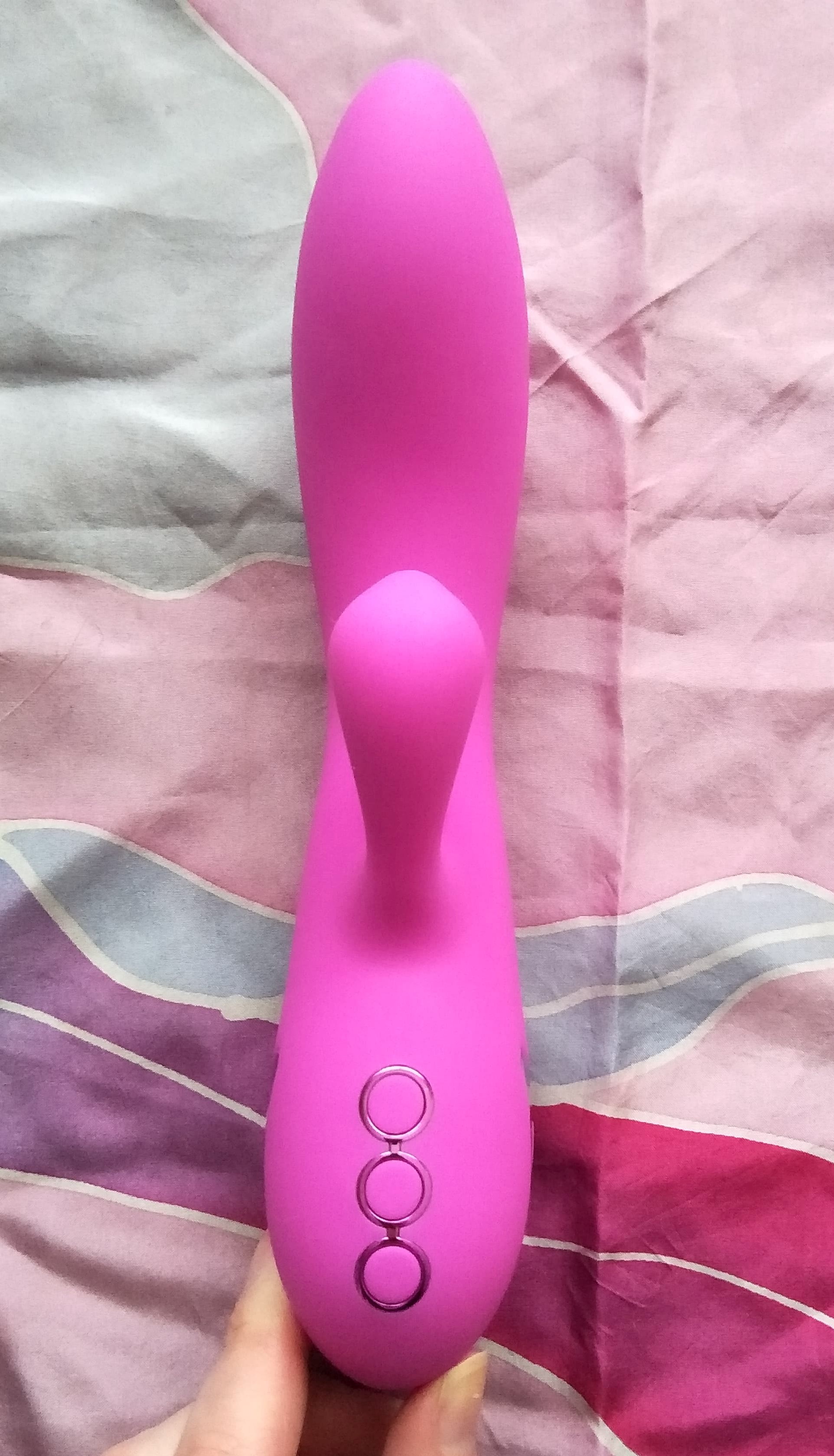 The thing I found most impressive about this toy was the internal arm.  Firstly, it’s got this gorgeous swell that perfectly hits my g-spot.  It’s nice and firm, which is great because in my experience g-spots prefer a firm pressure.  But the soft silicone gives it a tiny bit of cushioning as well.  The best part is the vibration in the internal arm.  It is powerful, rumbly and so pleasurable.  There are only three vibration speeds, and no patterns which I think is perfect.  The vibration quality is crazy good for such an inexpensive toy.  It quakes my g-spot to produces orgasms that make me feel like I’m melting with pleasure. 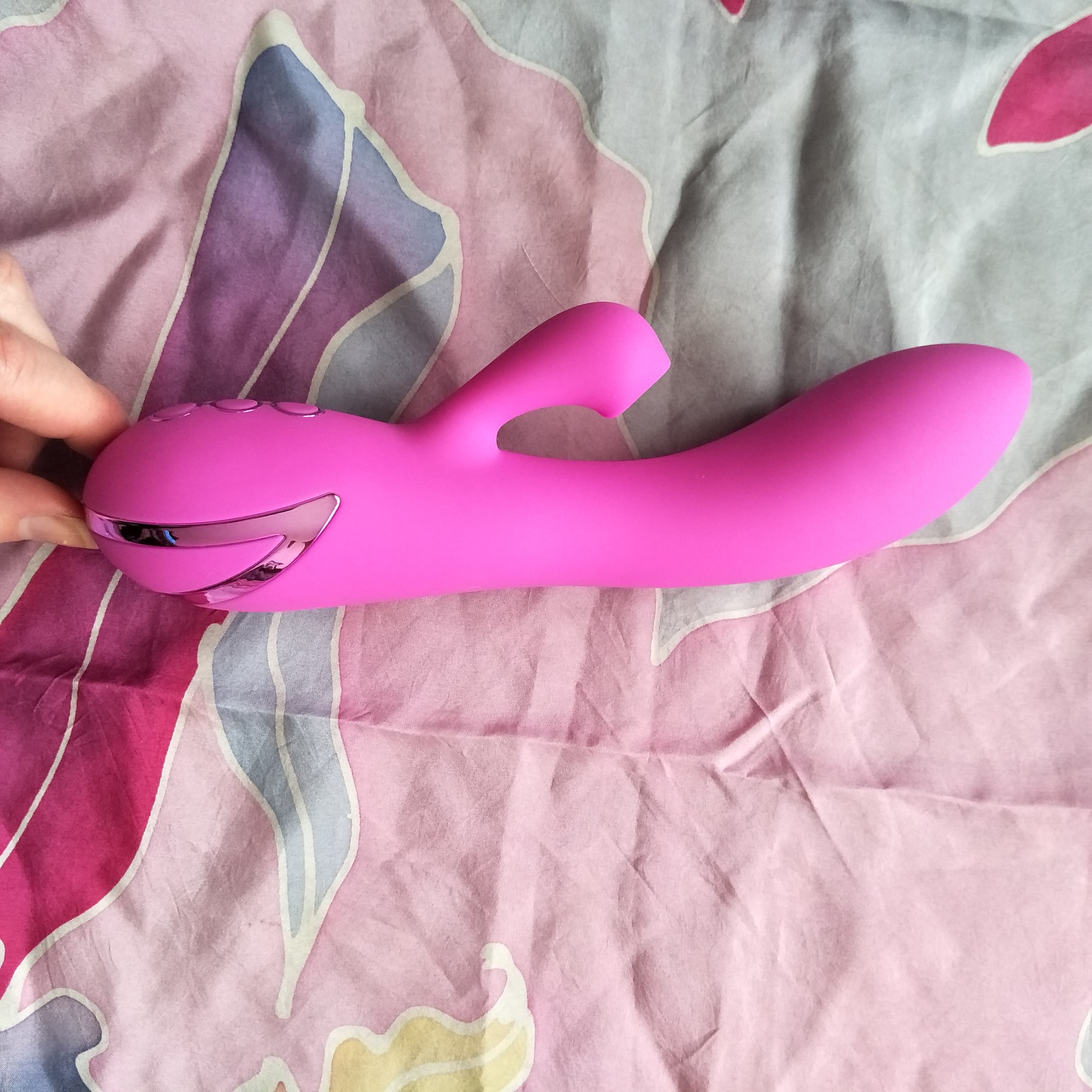 The Minx has dual motors which are controlled with separate buttons.  I love rabbits that are controlled in this way because you can customise your play to exactly what you like.  The only thing I don’t like is that once you’ve got both motors going, you can’t turn just one of them off.  You have to switch off the whole toy and then restart the motor you want to use.  It’s a minor detail though, and the controls are easy to use so it’s not a huge problem.

I’ve made a few comparisons between this toy and some of the more expensive items in my collection.  The reason for that is that while this toy feels like a luxury vibrator, it’s actually very affordable.  It’s price tag is less than $140, but it performs as well as toys that are priced at around $200.  The vibration quality, ease of control and feel of the silicone are on par with some of the luxury vibes I’ve tried.  If you’re looking for a decent, fun toy that won’t break the bank, The California Dreaming range from Calexotics might be just the ticket for you.  They’re like champagne on a beer budget. 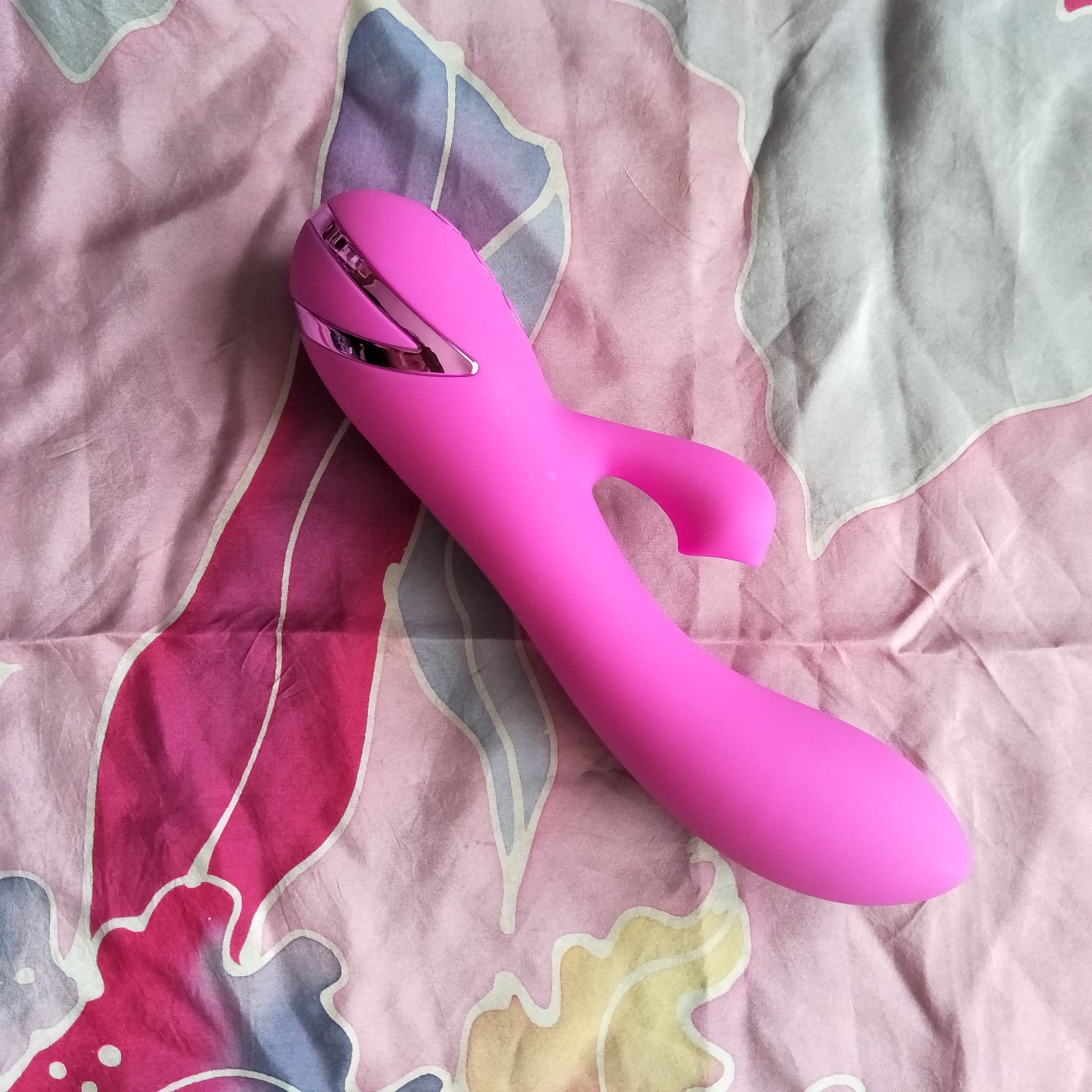