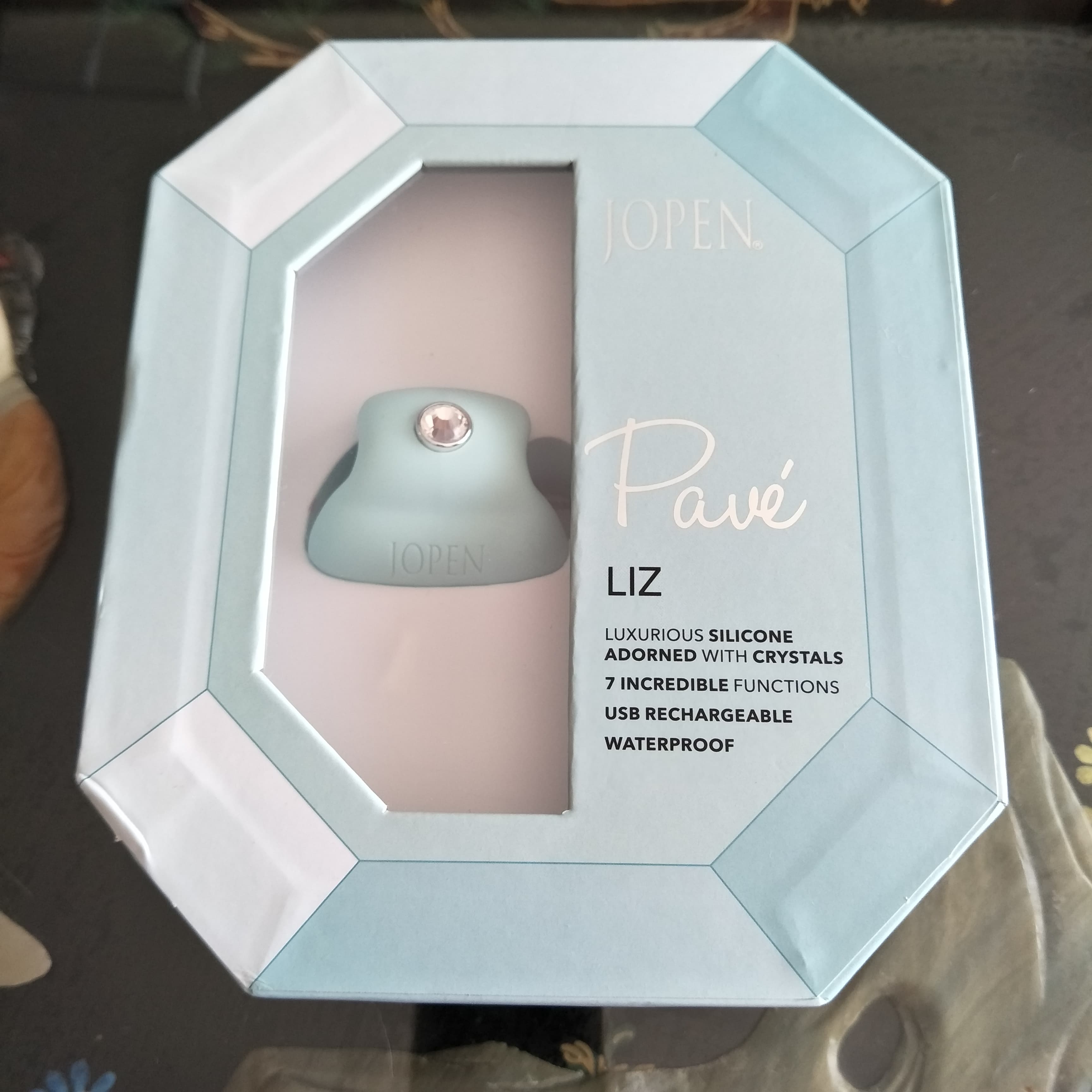 I absolutely love the design of the Pave Liz.  The Tiffany blue shade is completely different from everything else in my toy box.  Jopen are excellent at creating toys in unique shades.  The silicone is gorgeously smooth and matte and it glides over the skin easily.

Finger vibrators are great because they’re more ergonomic than some of the hand-held vibrators.  You don’t have to grip them which makes them excellent for people with arthritis or issues with hand or wrist strength.  They act like an extension of your hand, which means that you can hold your hand and wrist at a natural angle to touch yourself.  Not only does this create less strain, but it can feel more natural and less obtrusive if you’re using the toy with a partner.  If you’re having penetrative sex, it’s much easier to slip your hand between your bodies rather than trying to find room for a bulky vibrator. 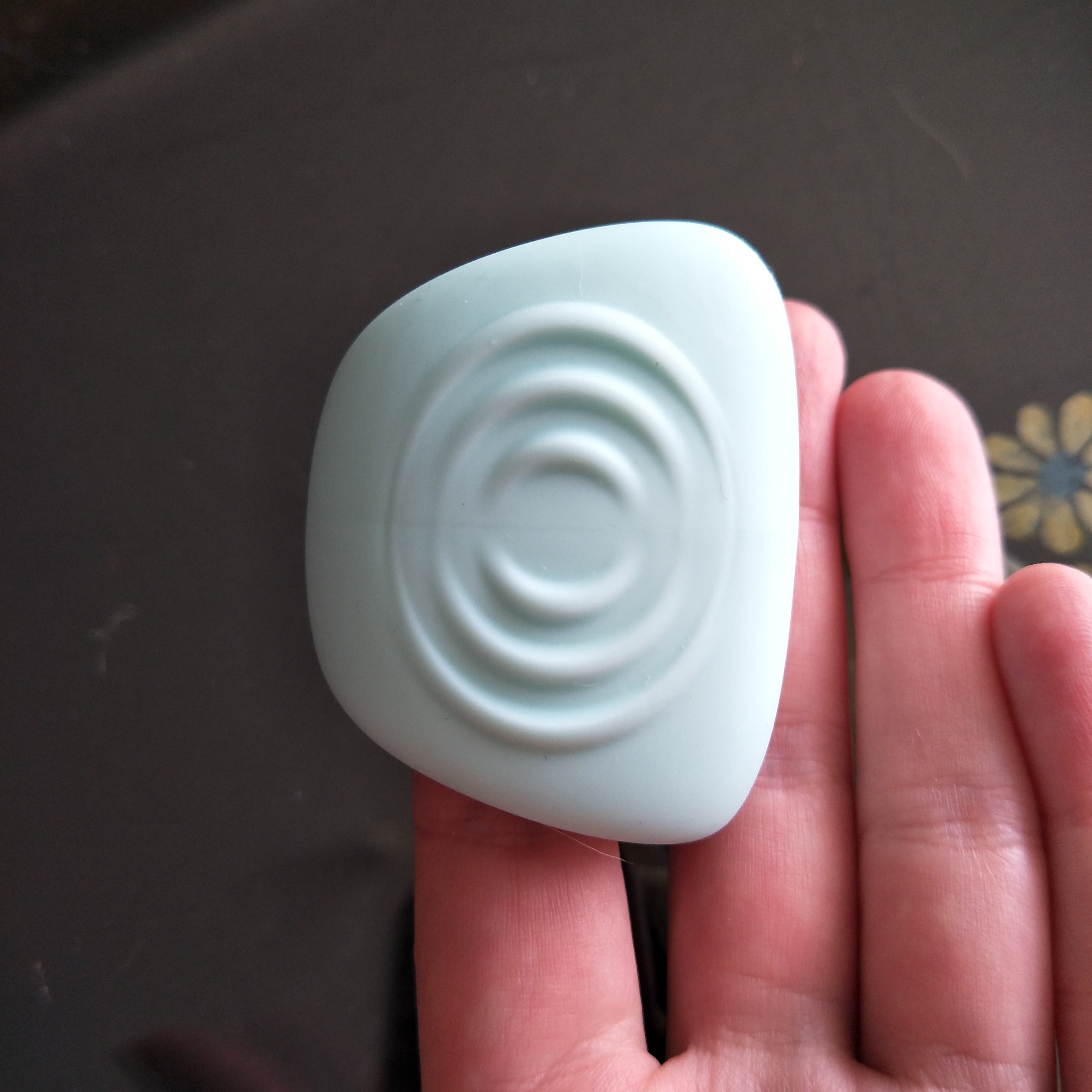 As soon as I tried the Pave Liz on for size though, I noticed a problem.  The ring was much too large for my finger and slipped around any time I moved it.  My hands are quite petite, so this might not be an issue for every user. It would be awesome if the band had a hinge so that it could be adjusted for a perfect fit.

The second issue arose when I switched the toy on.  For such a tiny motor, it is obnoxiously loud.  It has a high-pitched whine that set my teeth on edge.  When I skipped through to the pulse modes, the noise was reminiscent of those dollar-store ray guns I used to have as a kid.  It was loud, distracting and in no way sexy. 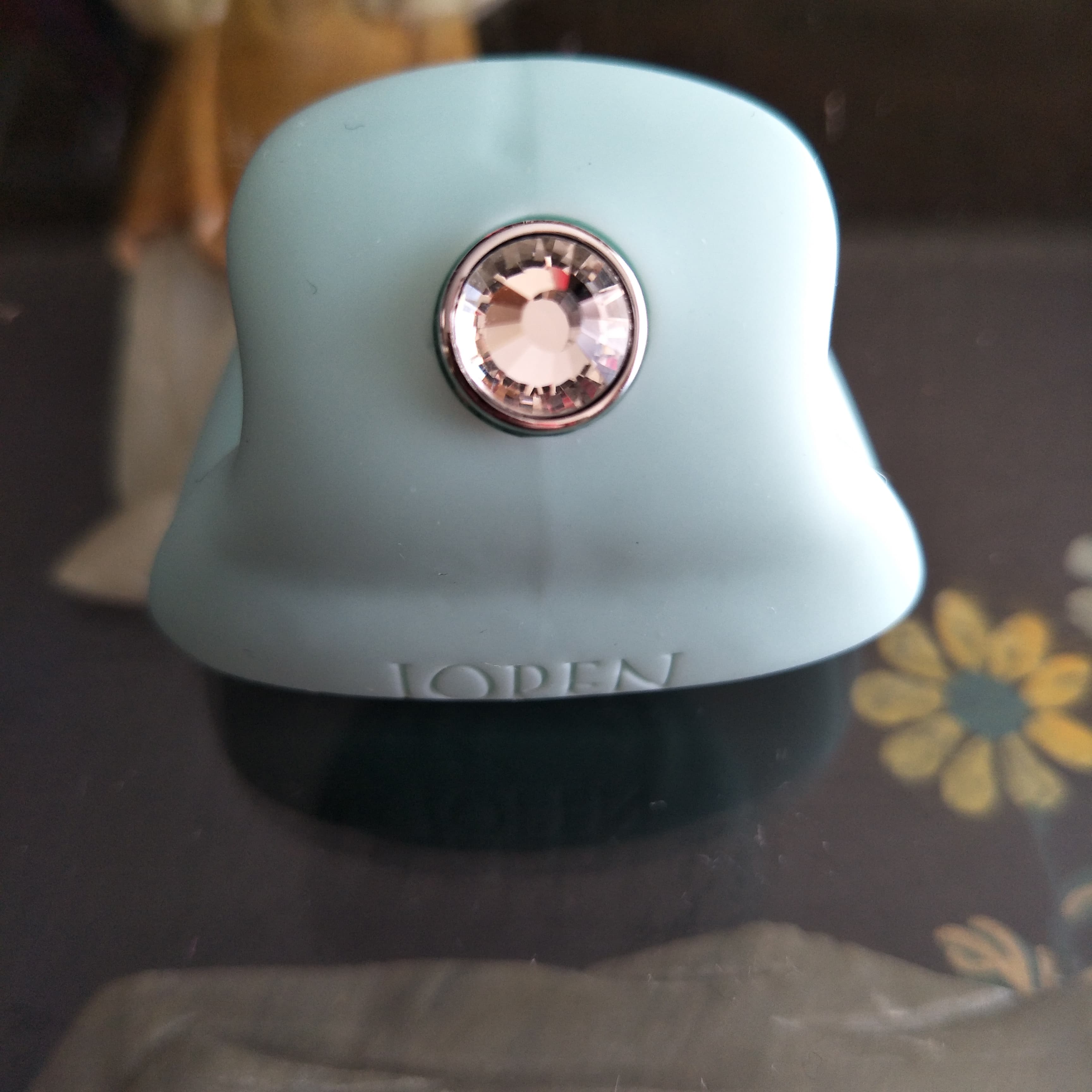 While we’re on the subject of intensity, let’s talk about the power level of the Pave Liz.  The issue I’ve run into with finger vibrators is that they’re so small, and it’s hard to fit a powerful motor into such a tiny package.  I had high hopes for this one though, because I own other toys from Jopen which are petite but pack a punch.  The Pave Liz was such an anticlimax.  For all the noise it makes, you’d expect that motor to be mighty powerful.  But it produces a barely perceptible buzz when placed against the body.  My sensitive clit could barely even detect the weak tremors from this toy.  It wasn’t enough to produce even an itch in the finger that was wearing it. And worst of all…it wasn’t enough to bring me to orgasm.  That’s right dear reader, this is the first toy I’ve reviewed that has failed to get me off.  I tried diligently, but every time it was the same.  I haven’t clocked a single orgasm with the Pave Liz in the several months that I’ve been testing it.

The Pave Liz had such potential to be a great toy, but it fell so far short for me.  I’d love to see Jopen bring out a fresh version with an adjustable band, a much more powerful motor and more vibration speeds.

As I mentioned earlier, the Pave Liz is part of a collection of five different vibrators.  The Liz is the smallest of the five, and the only one that I’ve tried. Based on my previous experience with Jopen products, I’d hope that some of the hand-held toys would be more powerful and impressive.  The Liz might be a dud among the bunch, and I’d be willing to give the rest of the Pave range the benefit of the doubt.  But for me, the Pave Liz was all sparkle and no substance.