I was intrigued when Lelo first announced the Sona Cruise.  In the initial marketing campaign, they spotlit  Sona’s use of “sonic waves” to stimulate the clitoris.  The sensation was likened to standing near the speakers at a club, and feeling the bass pounding through your body.  As a huge music fan, I’ve often reveled in the sensation of thumping beats shaking my bones, and I was excited by the idea of a sex toy that could replicate that feeling. 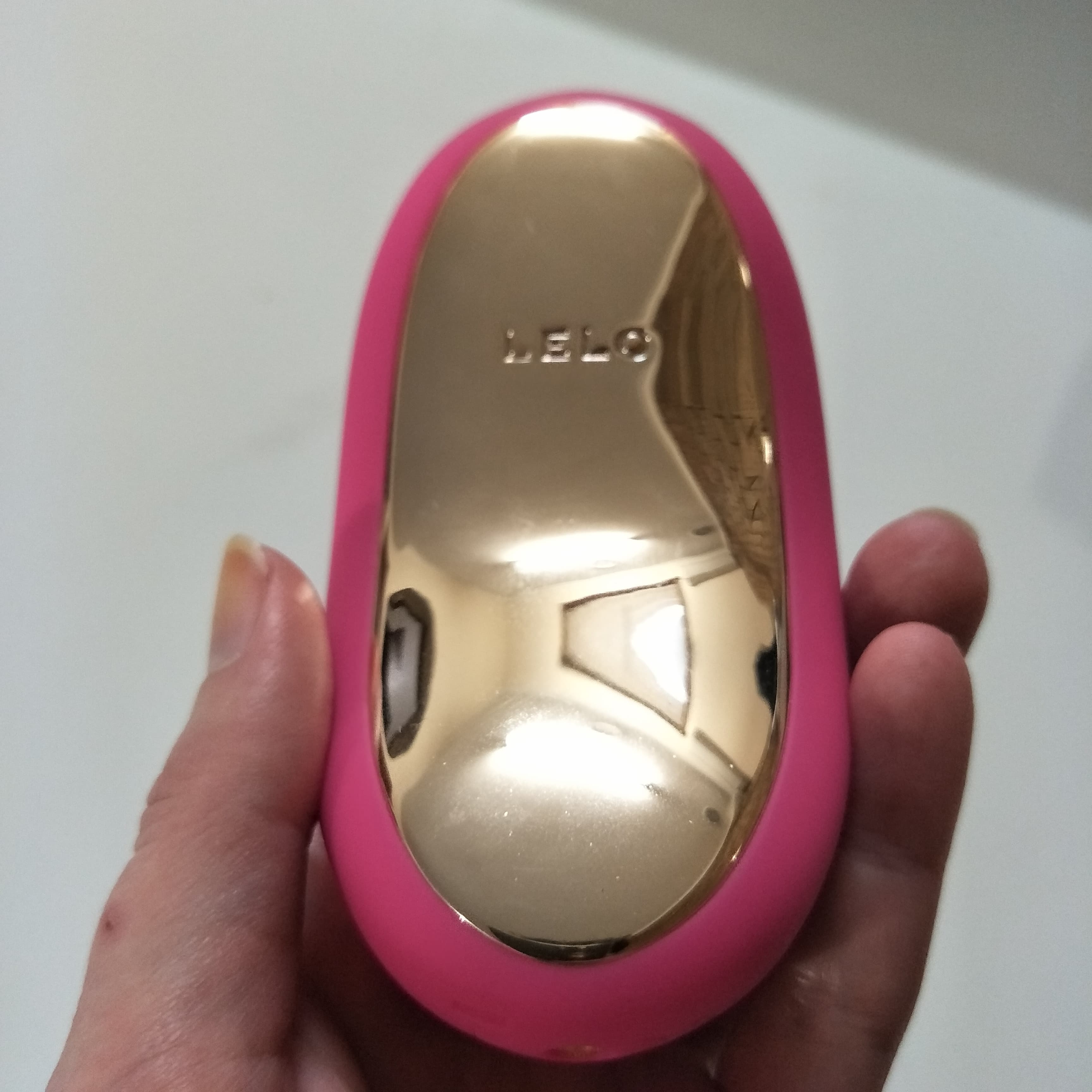 When I scrolled through the rest of the material on the Sona, I became puzzled.  Lelo also marketed Sona as being “Quiet and restrained”.  I was utterly baffled at how a toy that was supposed to be nearly silent could possibly use sonic waves to generate that pulsing sensation. My clitoris doesn’t have ears, so the only way a toy could use sound to create that type of sensation is if the sound is high volume and low frequency (Like the low thump of a bass drum).  And a quiet toy couldn’t possibly do that, right? 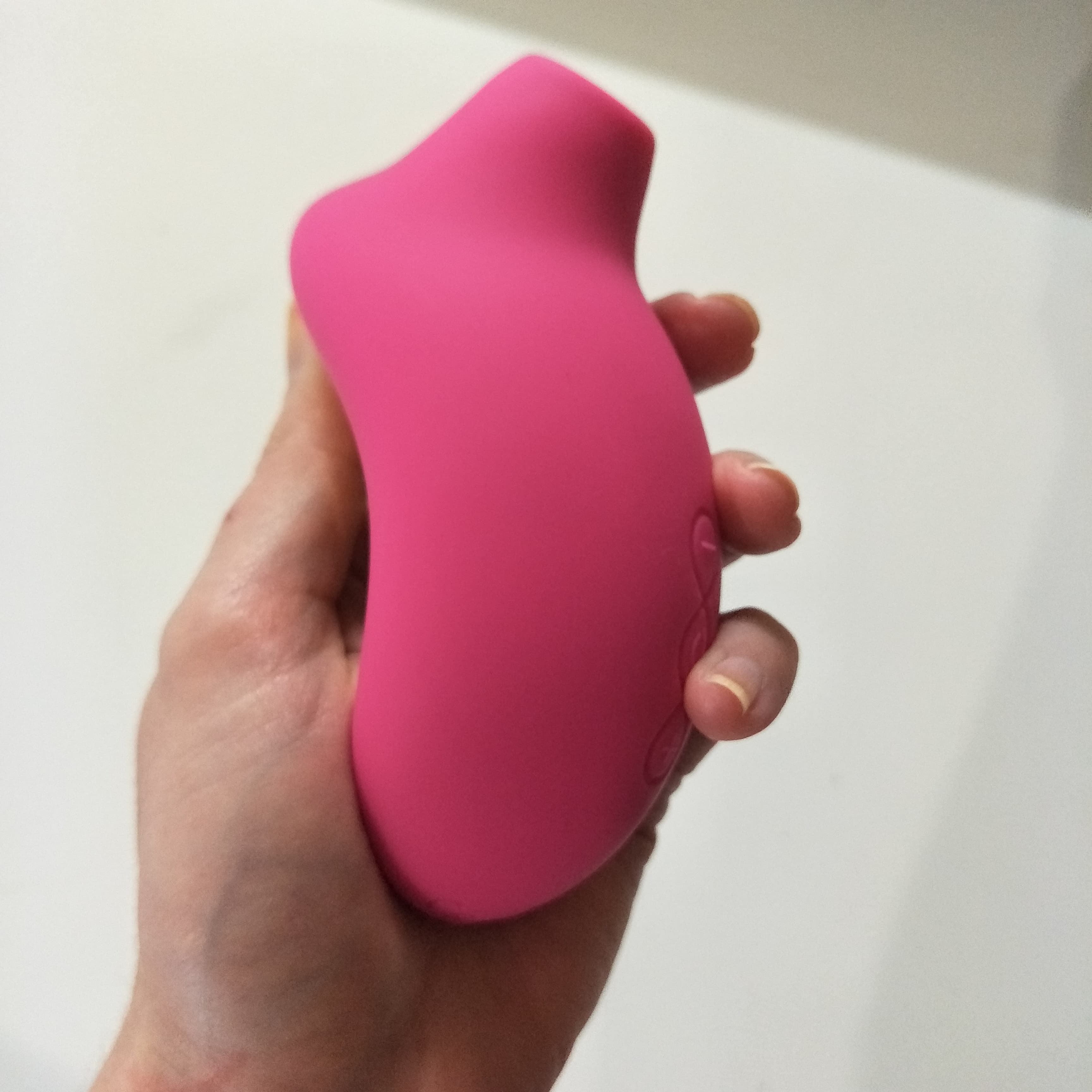 The truth quickly became apparent when I switched the Sona on.  Firstly, the claims that the Sona is “quiet and restrained” are laughable.  This is one of the loudest toys in my toybox, emitting a drone that makes a helicopter sound quiet. Unlike most air-pulsator toys like the Satisfier and the Womanizer, the Sona somehow gets louder when it’s pressed against the body. 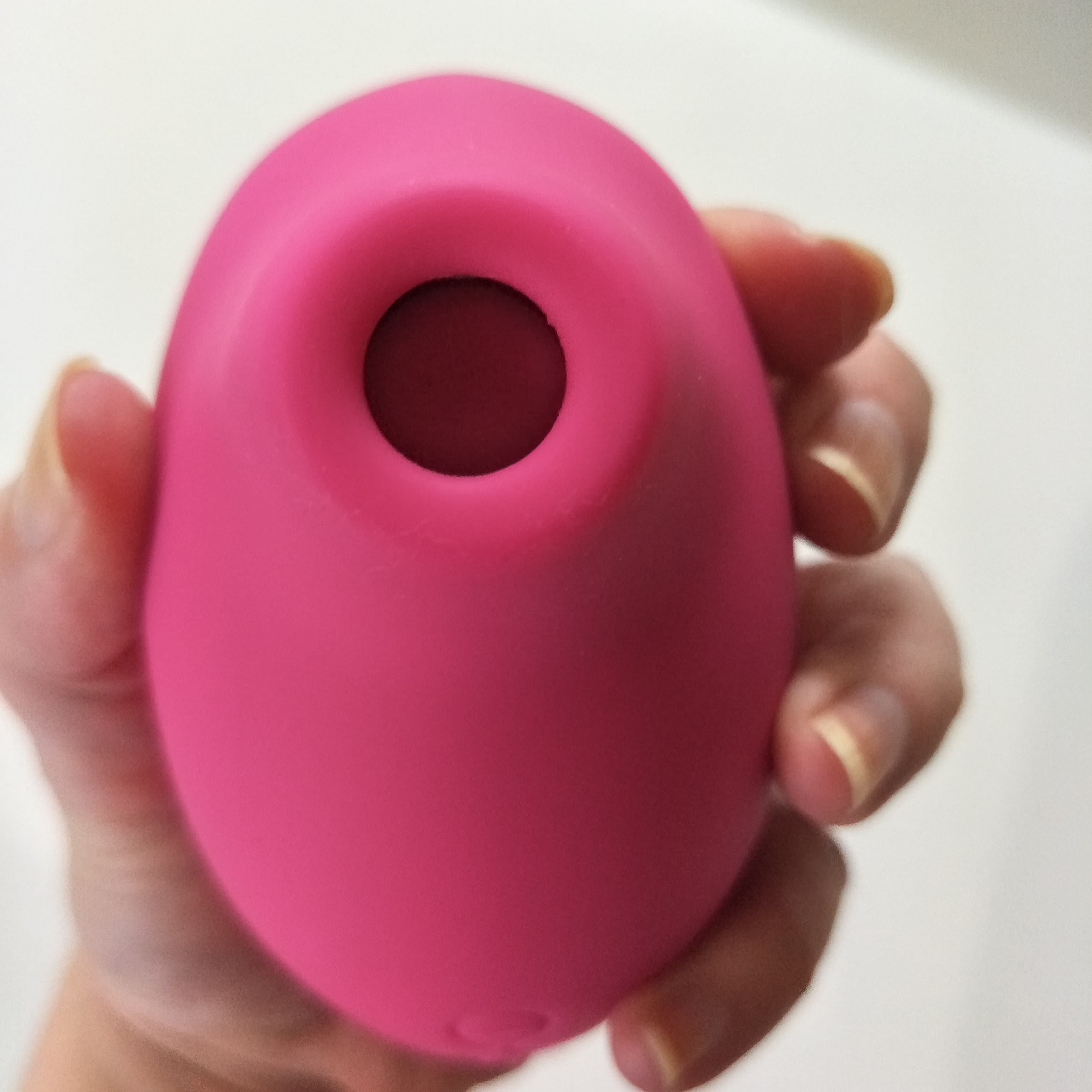 The reason I bring up air-pulsator toys is that this is exactly what Sona is.  The claim that it uses “Sonic waves” to stimulate the clitoris is total bogus.  What it actually uses is an oscillating plate that creates variations in air pressure…exactly like The Womanizer and Satisfier.  Lelo have just tried to differentiate their toy from the slew of other air-pulsators that have hit the market in recent years by using buzzwords to make it seem like it’s doing something revolutionary. 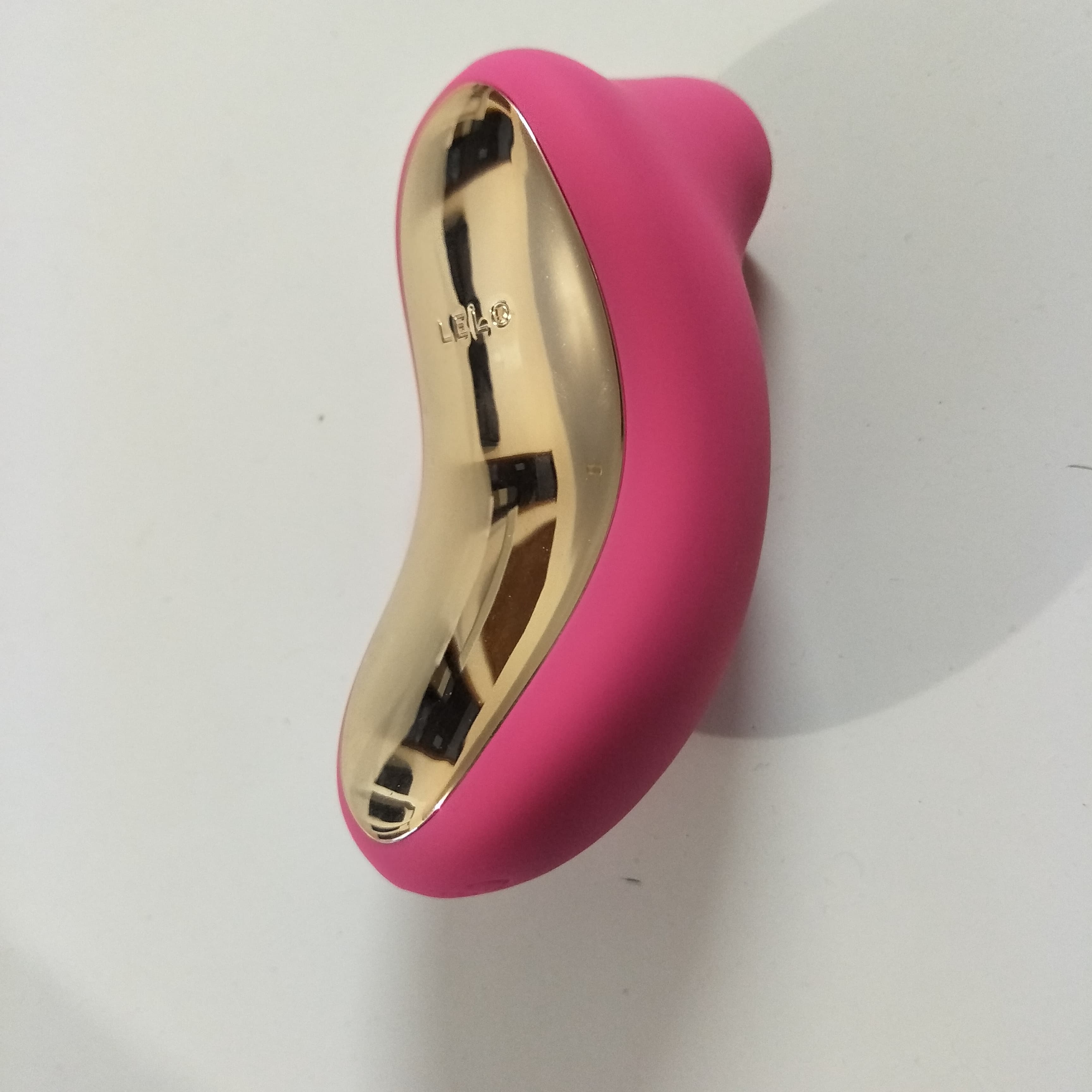 When it came time to take the Sona Cruise for it’s maiden voyage, I turned it to the lowest setting, and placed it lightly over my clit.  I was instantly shocked with the intensity of the sensation.  I quite like pinpointed clitoral stimulation, but this was just too much.  Even on the lowest setting, my clit was bombarded with super strong pulsation.  It completely bypassed pleasure and rocketed straight to pain.  My poor clitoris felt like it was being tortured for information, so it did the only thing it could to try to make the barrage of sensation stop: it spat out an orgasm.  Despite being in pain, I climaxed within seconds of putting the Sona Cruise on my body.  And that orgasm was neither pleasurable nor satisfying. It was a reflex to the intense stimulation, like sneezing when a gale-force wind hits you in the face. 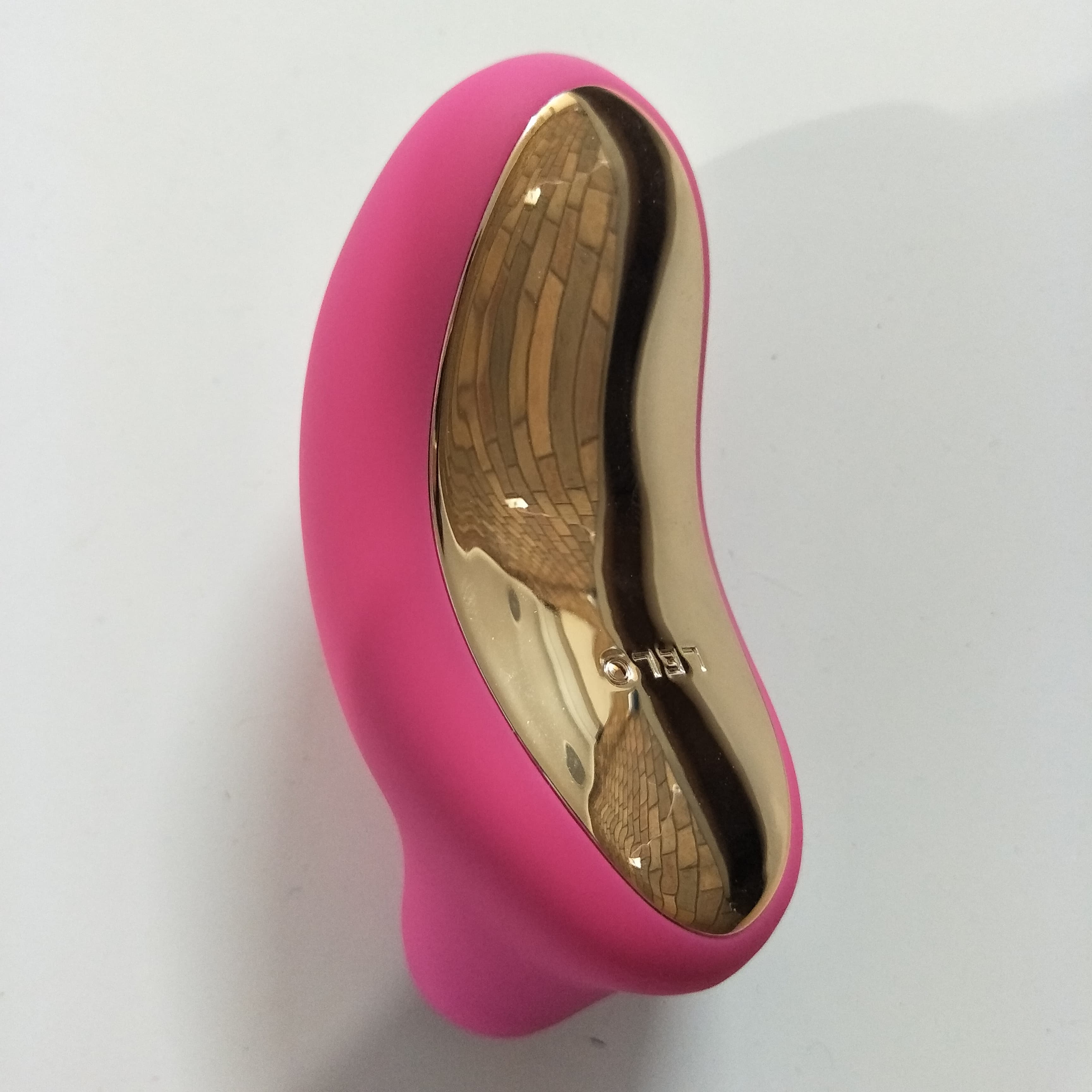 After that experience, I was dreading the idea of trying the Sona Cruise again.  But, being the dutiful sex blogger that I am, I was determined to give it a fair go in the name of science.  After a few more attempts on bare skin, my poor clit begged for a reprieve.  It’s true that each time I had a lightening fast orgasm.  But I didn’t enjoy them at all.  I don’t think the mark of a good orgasm is how quickly it happens.  None of my greatest climaxes have happened in less than a minute.  The best orgasms are ones that build up over time.  I don’t want a toy that makes me cum at the press of a button. Those first orgasms with the Sona Cruise left me feeling unsatisfied and sore. 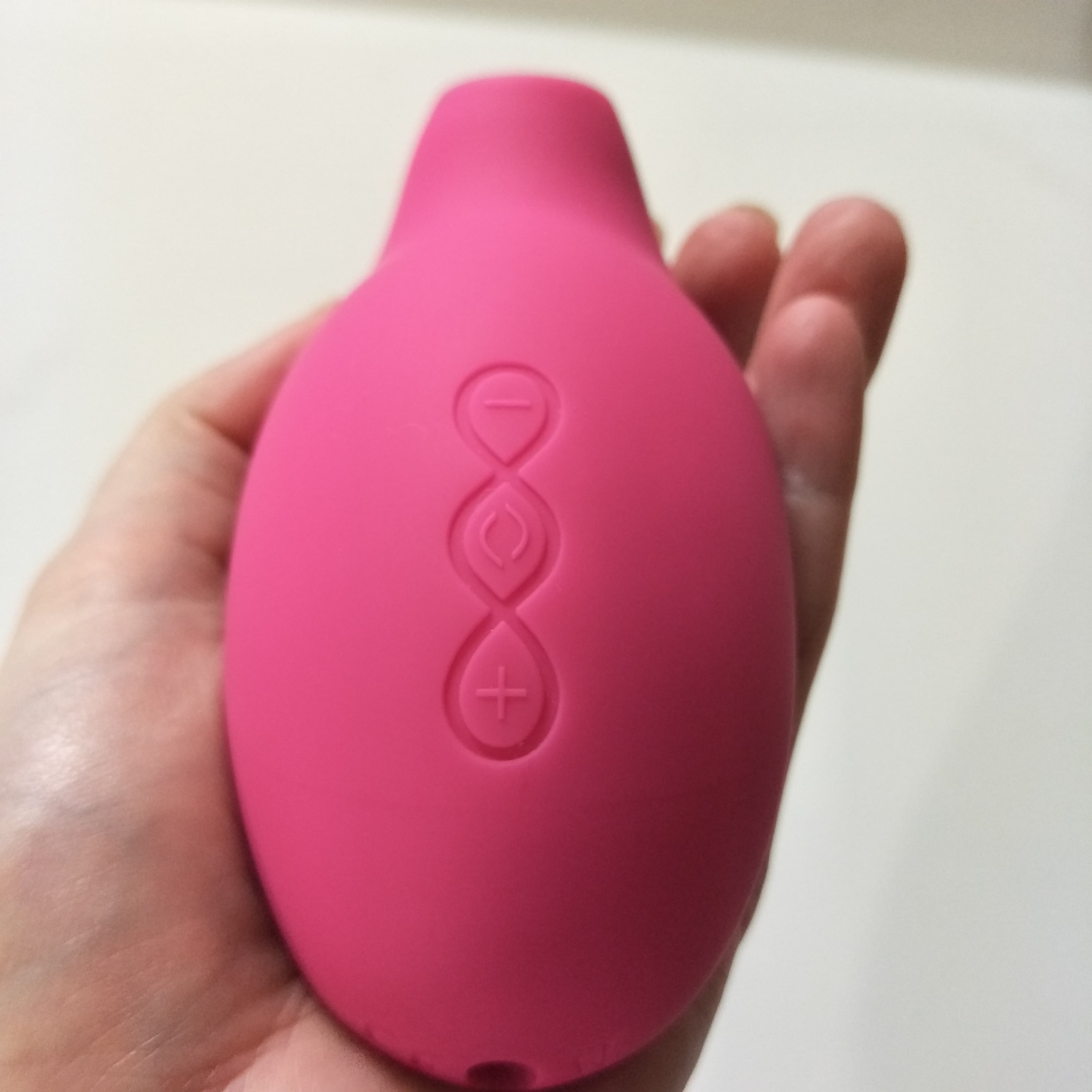 As a last-ditch attempt, I decided to try creating a barrier between Sona’s over-aggressive nozzle and my junk by leaving my underwear on while I used it.  I didn’t expect success because most of the air-pulsation toys won’t work unless they’re in direct contact with your clit.  But because the Sona is so ridiculously powerful, it will work through a pair of underpants.  When I used the toy in this way, it was a whole different ball game.  I felt delicious waves of pleasure resonating through my entire clit.  I could feel it pulsing deeply, the same way I do when I use a really powerful, rumbly vibrator.  Lelo have said that the Sona stimulates the internal clitoris as well as the external clitoris, and I definitely believe that to be true.  My orgasms still happened more quickly than I usually like, but they were strong and satisfying. 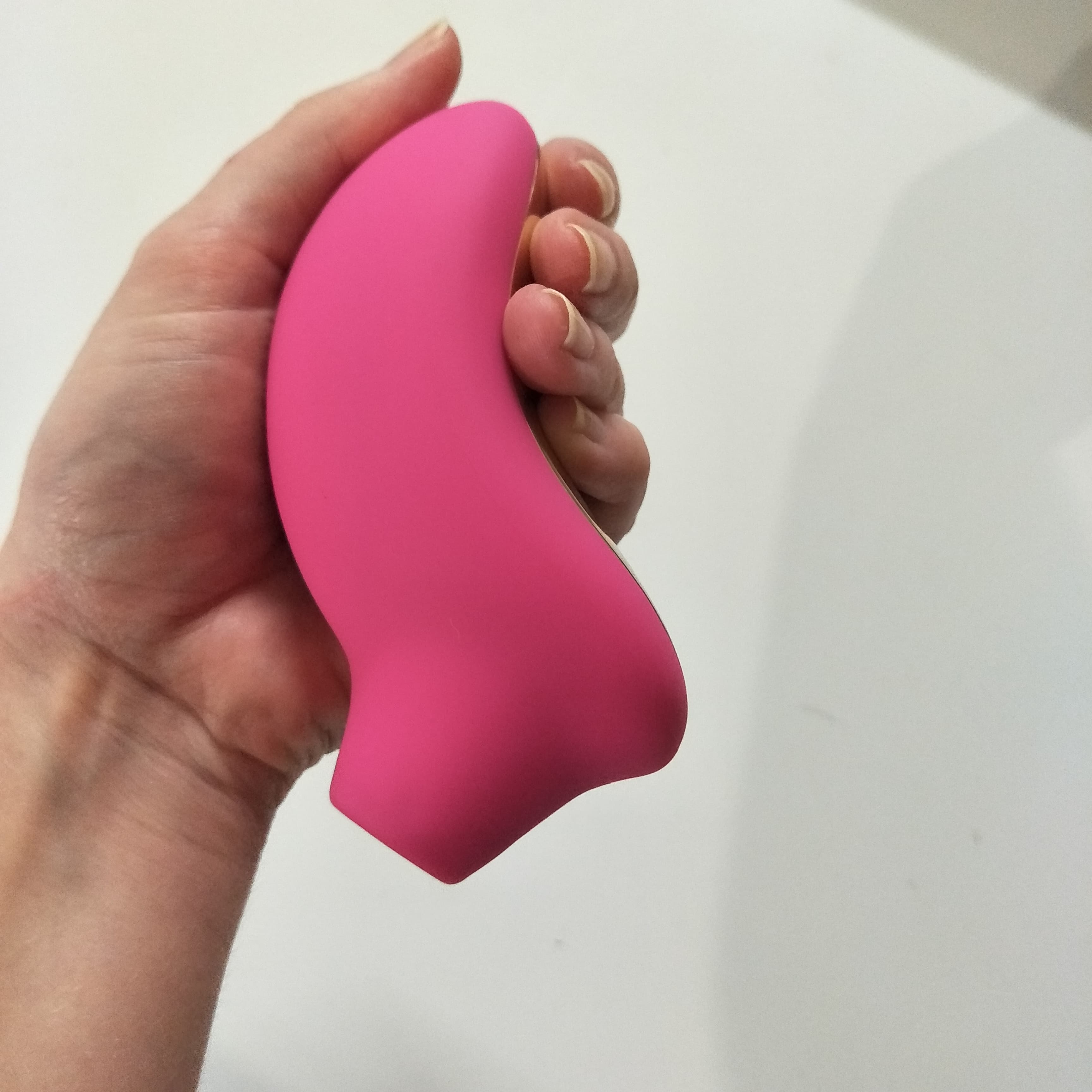 Wrong!  I found that I didn’t have to press Sona very hard into my body to get that burst of intensity.  In fact, Cruise Control was activated when I added even the slightest bit of pressure, or when I changed the angle of my hand, or if I shifted my hips.  And that was super frustrating.  Research has shown that when it comes to achieving orgasm, consistency is super important for people with clitorises. Sudden changes in speed, tempo and pressure as you’re getting close to the finish line can make you swerve off track.  You might have to start all over to get to orgasm…or you might lose it altogether.  And that Cruise Control feature has lost me more orgasms than it’s given.  I don’t want a toy that will suddenly change speed for no reason, and I hate that this isn’t a setting that I can switch off.  I don’t want a toy that requires me to lie perfectly still while I’m using it to avoid setting off it’s obnoxious “bonus” feature.

I’m really torn on how I feel about the Sona Cruise.  On the one hand, I think Lelo’s marketing material is pretty misleading about what the Sona actually does.  It’s loud as sin and the design reminds me of Birdo from the Nintendo franchise (which isn’t sexy).  I found this toy painful to use on bare skin. I detest the Cruise Control feature.  On the other hand, when used over underwear it is genuinely pleasurable.  On the odd occasion I manage to not trigger the Cruise Control, I am treated to a delicious, satisfying climax.  But I want my sex toys to be predictable, to give me that glorious orgasm every time, not just under the perfect conditions.

*****EDIT**** In the time that has passed since I wrote this review, there have been numerous reports of people experiencing moderate to severe injuries from using the Lelo Sona. These injuries have included bleeding of the labia and nerve damage in the clitoris of several unfortunate users. If you’ve read this review and are thinking of purchasing a Lelo Sona, I would advise proceeding with caution. I can no longer in good conscience recommend this toy to my readers****

(A massive thank you to Aphrodite’s Pleasure, who provided me with a Lelo Sona Cruise to review)