A few weeks ago, I posted a picture on my Instagram account of some vegan condoms that Nikki Darling kindly sent me to try.  I got a whole bunch of messages from people along the lines of “Wait a minute?  Condoms can be vegan or non-vegan?”.  So many of you were confused that there was such a thing as “vegan” condoms.  And I’m not surprised because I had no idea myself until about a year ago.  But it’s true: the vast majority of condoms on the market aren’t vegan.  How can that be? 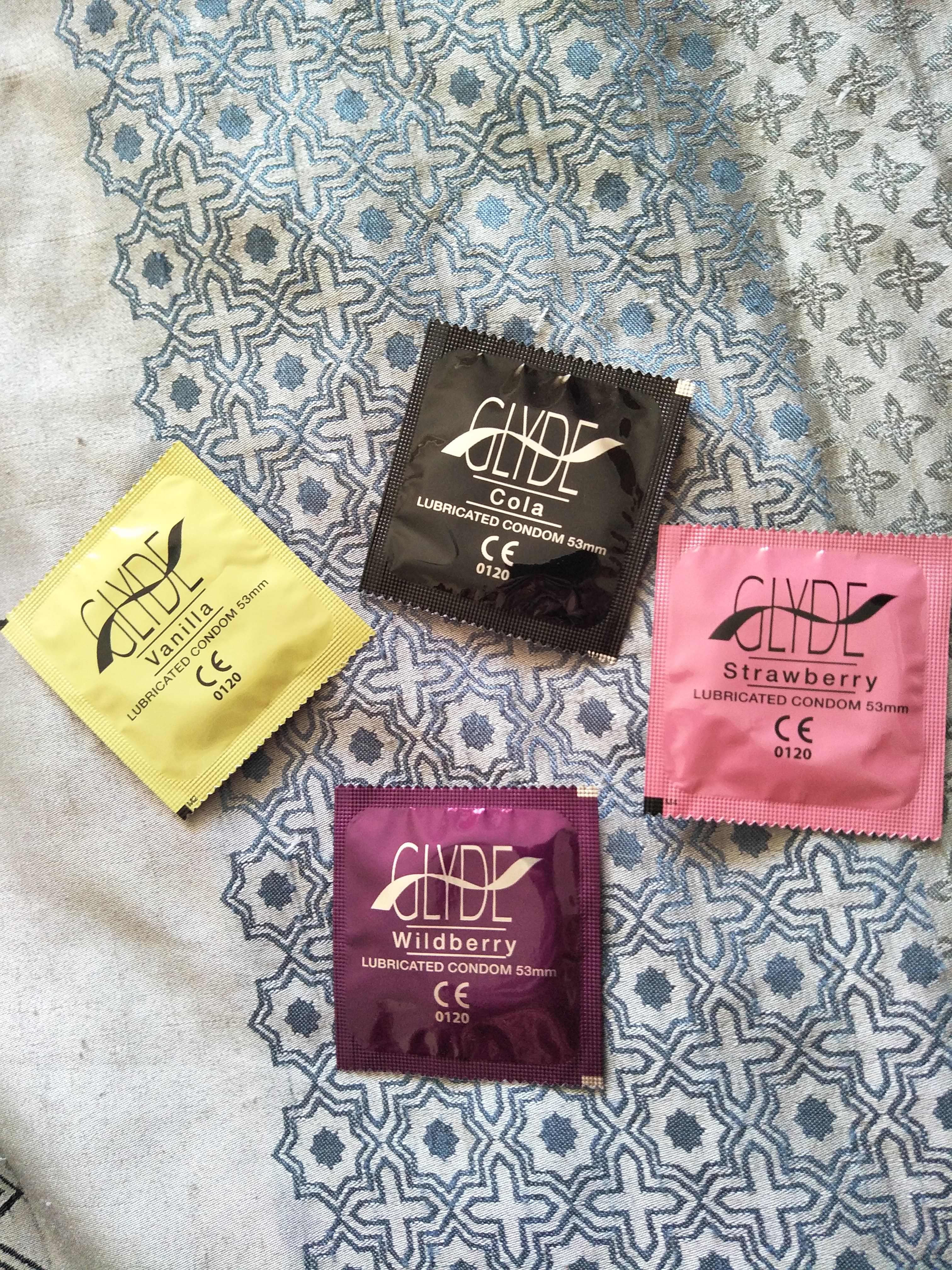 The most obvious category of non-vegan condoms are lambskin condoms.  Lambskin condoms are made from sheep intestines and are favoured for their “natural” feel.  They’re often marketed as a luxury condom option, and several big condom brands sell them.  These are obviously not vegan as they are literally made from animal parts.

The more surprising category of non-vegan condom is latex condoms.  See, usually latex is processed using casein.  Casein is the main protein found in milk and dairy products.  It is used in the production of many types of latex items, including condoms.  The majority of latex condoms on the market are processed using casein, which means that they are not vegan. Latex condoms that are produced with casein may also cause irritation for people who have sensitivity to lactose.   However, it is possible to process latex without casein, and there are a handful of condom manufacturers that do just that.

The final category of non-vegan condoms is condoms that are pre-lubricated or flavoured with animal by-products.  There are plenty of these, but they often overlap with the casein/latex category.

Does this mean that vegans can’t use condoms?   Absolutely not!  It does mean that vegans need to be a bit more mindful about which condoms they purchase.  And luckily there are a many brands who sell high-quality vegan sex barriers:

So as you can see, there are lots of vegan safer-sex barriers available.  There’s no need to forgo condoms if you’re trying to avoid animal products.

Do you have a favourite vegan condom brand?  Do you have any questions about vegan adult products?