The package arrived on my doorstep just a few days after our email exchange.  It was a discreet, white post box with no hint that it contained a sex toy.  Upon opening the box, I discovered the Randy Wand was not quite what I had expected. 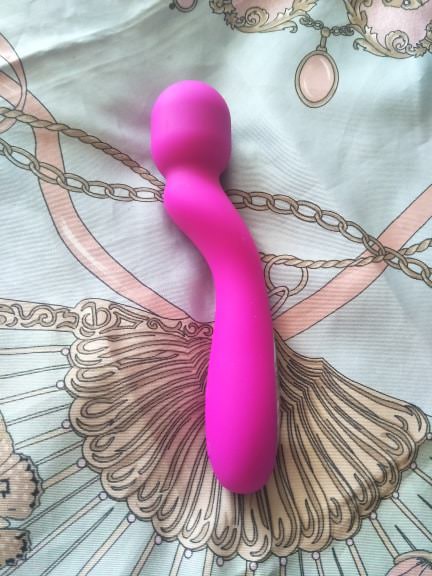 Firstly, it was a lot smaller than I’d imagined.  When I think of wand vibrators, my mind instantly conjures up images of the Hitachi or Doxy wands, which are massive.  This wand was positively petite in comparison to those.  I like wand vibrators because they cover a wide surface area and give really diffuse vibration, rather than focusing on one spot.  I was dubious whether this wand was actually large enough to give that kind of wide-spread stimulation that wands are famous for. Upon trying the toy, I can conclude that it doesn’t really give that diffuse vibration quality, and is a lot more pinpointed than a traditional wand. 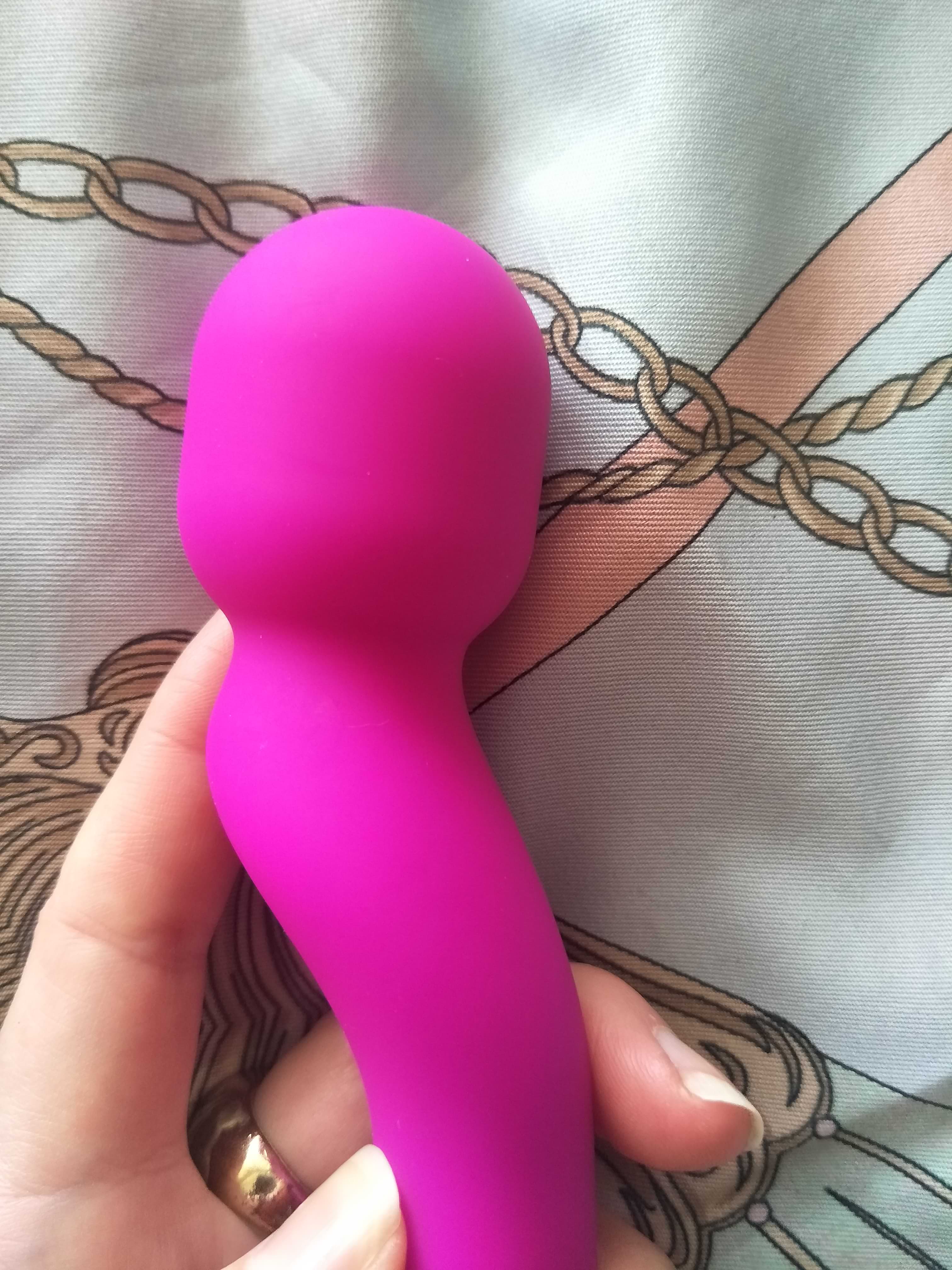 The second reason I was surprised was that the colour of the wand looks quite a bit different in person to what is pictured on the website.  The picture on the Randy Fox website is a bright orchid purple.  But the wand I received is more of a hot pink/magenta shade.  This isn’t a big deal to me, but if you’re fussy about the colour of your sex toys, you might be surprised by the difference between the picture on the website and the actual toy.

When I took the toy out of it’s wrapping, I sighed with delight.  The Randy Wand is covered in the soft, velvety silicone that I love.  It feels wonderful against the skin, glides easily with the application of lube and it’s body safe.  It’s the kind of silicone you usually see on luxury vibrators, but at a fraction of the price. 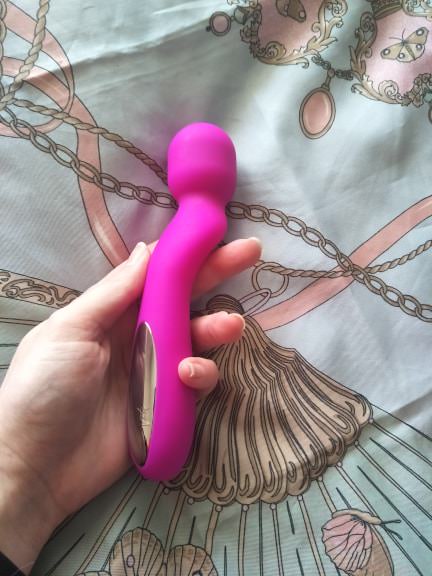 The design of the toy is quite different to other wand vibrators that I’ve tried.  Besides being smaller, the Randy Wand is a lot more flexible.  The handle curves down at an angle, so it’s really ergonomic and makes it very easy to direct the head of the toy where you want it. The buttons are high up on the handle, which means that you’re unlikely to inadvertently hit one during play.  The buttons are well positioned and are easy to press.  The curved portion of the toy is very bendy and flexes with even the slightest pressure.  On the one hand, this makes it a really good vibrator to use if you’re moving around a lot, because you won’t be painfully mashing the toy into your genitals as you thrust.  It moves with your body, making it a good partner to couples play.  On the other hand, it makes it very difficult to manage the toy if you like a lot of pressure on your genitals.  Whenever I’d try to apply a bit more pressure, the toy would bend, and move away from the spot I wanted to stimulate.  It was like trying to dial a telephone with a spaghetti noodle.  I ended up just cupping the head with my fingers and holding it to my clitoris without using the handle at all.

The vibration quality of this toy is on the buzzy side.  The vibrations don’t penetrate as deeply as I’d like, and my fingers tend to go numb after using this toy for an extended period.  I tend to associate wand vibrators with rumbly vibrations, so this was a bit of a disappointment.  What was more disappointing were the vibration patterns. The Randy Wand boasts 30 vibration modes.  Now, with most vibrators, the first three modes are Low, Medium and High and then there are a range of pulses and patterns.  The Randy Wand only has one vibration speed, and then the rest of the modes are patterns.  I tend not to use patterns, and it’s very frustrating to me to have only one speed to choose from.  I’d like to be able to nudge the vibrations up a notch when I’m getting close to orgasm.  Unfortunately with this toy, when I tried to do that I was presented with a smorgasbord of patterns, none of which were satisfying to me.  What was more frustrating was that to get back to the solid vibration setting, you have to cycle through all 30 modes with a single button.  The icing on the cake was that there are several modes that feature a period of solid vibration, followed by a sudden stop, then more solid vibration.  So I’d think “Finally, I’ve found the right setting”, and settle in to pleasure myself only to have the vibe shut off ten seconds later, and then buzz back to life.  It was infuriating.  I lost several orgasms that way because my clit was tricked into thinking I’d found the one solid setting, only to have the vibrations be cruelly taken away.  It was like the vibrator was taunting me. 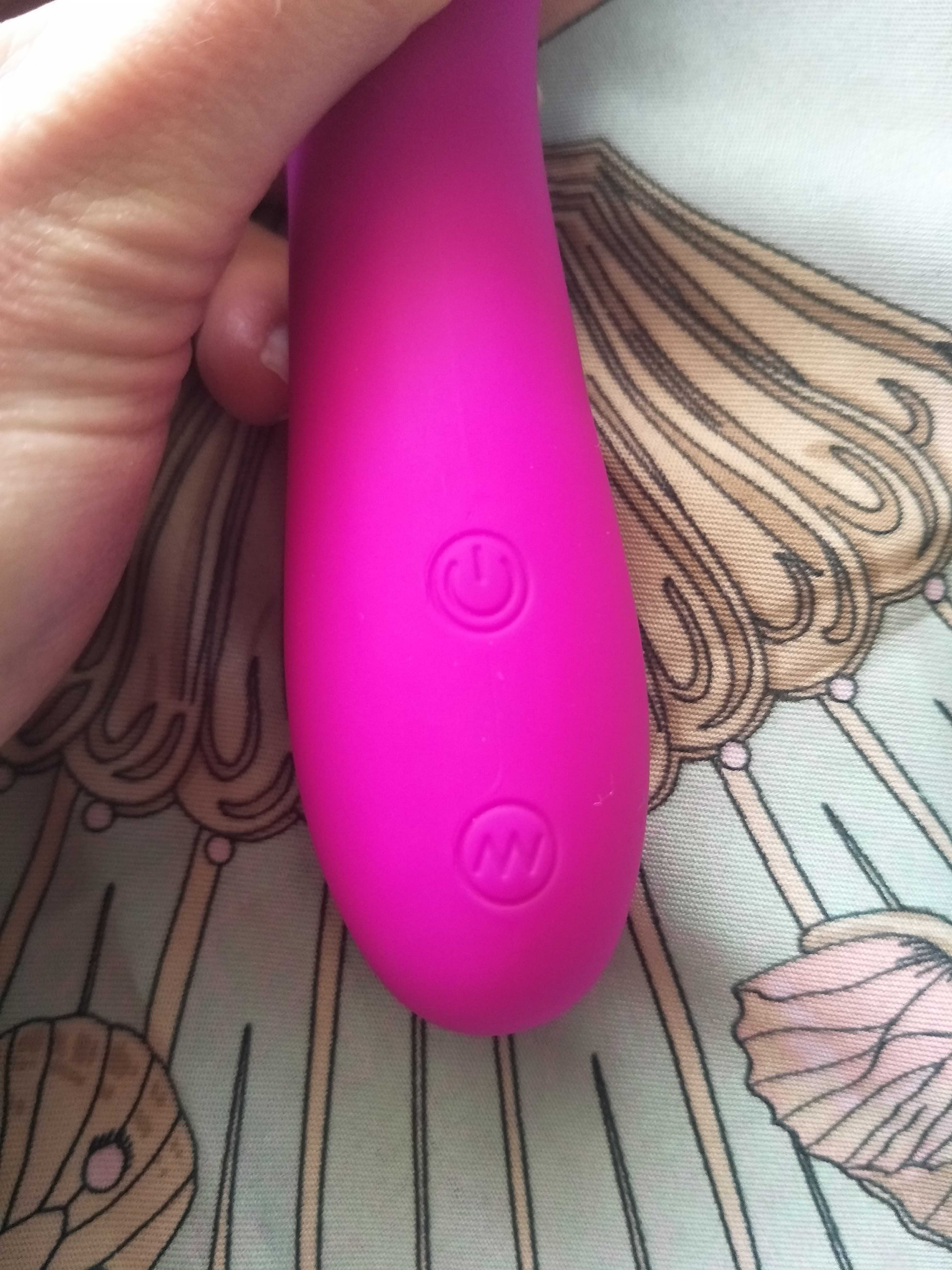 Overall I feel that the Rechargeable Randy Wand wasn’t a good fit for me.  If you prefer a lighter touch and enjoy vibration patterns then this might be a great toy for you.  However, I felt that the bendy handle made the toy difficult to control and the vibration patterns were unsatisfying to me.  If Randy Fox made a more rigid version with the traditional low/medium/high setting then I’d be all over it.  But for me, this wand wasn’t as magical as I’d hoped.