When did you know that you’re bisexual?

September is Bisexuality Visability Month.  I’ve been thinking a lot lately about my own bisexuality, particularly trying to pinpoint the moment at which I knew that I was bisexual.  My bisexuality didn’t come to me as a sudden epiphany.  I didn’t have a single “Oh my gosh, I’m queer” moment.  It was a series of creeping realisations, of building evidence and mounting instances that led me to accept and eventually be proud of my bisexuality. 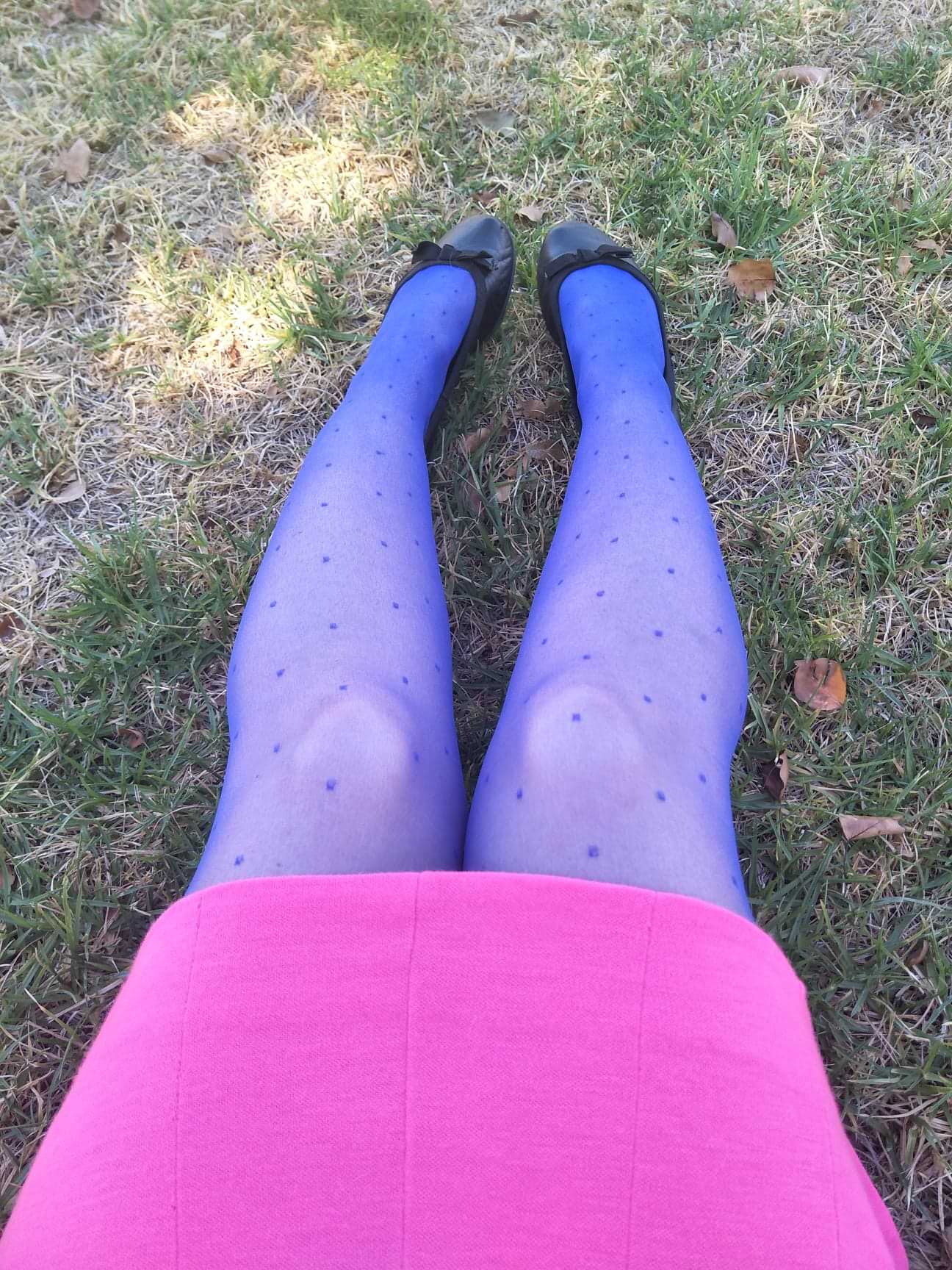 Growing up I was always interested in boys.  I dated boys in high school, I had crushes on boy bands and put up posters of male celebrities in my room.  I had no doubt that I was attracted to boys.  That fact has never wavered in my mind.

I recall vividly one Saturday morning watching Video Hits before I got ready to do my paper route.  Pink’s “Most Girls” video clip came on, and I watched the entire thing with a hot blush creeping across my face.  I couldn’t tear my eyes from the screen as Pink did push-ups on her bedroom floor, licked her lips with her tongue piercing running along the rim of her mouth, and pulled a fishnet jumper over her head.  I remember the desire to touch her skin, to run my fingers over her biceps and be kissed by her frosted pink lips.  I was aroused in the same way that I felt aroused when I made out with my boyfriend or watched Leonardo DiCaprio unbutton his Hawaiian in Romeo and Juliet.

I walked my paper route that day feeling ashamed and confused.  I rolled those feelings around in my head, wondering three terrifying words “Am I Gay?”  Growing up in a small town in the early 2000’s, “Gay” wasn’t a label that was safe to wear.  I was already unpopular and suffering at the hands of bullies, and the thought of having something else to make me a target frightened me badly.

My confusion stemmed from the fact that at the time, I didn’t know that bisexuality was even a thing.  I thought a person could be either gay or straight.  And I knew that I was attracted to boys.  So how could I be gay?  I felt anxious at the idea that the label I’d applied to myself might not actually be the right one.  At a time in my life when I was already questioning my identity in so many ways, the idea that my sexuality might be different to my original conception of it was disorientating.

A few months later, that confusion bubbled up again when I developed a crush on a girl at my school.  I’d see her in the halls between classes, and the familiar push-and-pull of the crush would overcome me.  That desire to see them at any cost, to gather any morsel of information about that fascinating person, but the need to look away, to hide, to flee should they look my way.  She was something of a tomboy: she had short hair and wore pants rather than the pinafore that was the girl’s uniform. She rode a skateboard and most of her friends were boys.  I was drawn to her, definitely attracted and completely paralysed by that attraction.  I told myself that I was just a hormonal teenager, that her masculine energy had somehow tricked my heart into thinking that she was a dude, and therefore I was just very confused.  I forced myself to avoid her, to not think about her.  I even scrubbed a whole page out of my journal where I’d dared to write her name.  Eventually that crush died, but the memory of the confusion it created remains crisp.

This pattern of me crushing on various women, both real and celebrity continued for most of my teen years.  And all this time I continued dating boys.  Boys I was attracted to, some of whom I loved.  Still I beat down those feelings for women, ignoring them, telling myself it was “just hormones” “just a phase” or that I wanted to be like those women rather than wanting to be with them.

I don’t remember the moment when I learned what the word “bisexual” meant.  I do remember in high school that it was a kind of code for a girl who would make out with other girls at parties for attention. The idea was very much that it was a trendy label a girl could slap on to make herself seem daring and sexually open.  I never associated this label with myself at the time because I didn’t fit the stereotype that I’d been taught applied to bisexuality.

In college I shared a dorm with a girl who was openly bisexual.  I was in awe of her.  I marvelled at her photo albums, flicking through photographs of her with her formal date, both in purple sateen dresses; with her high school boyfriend holding hands and grinning.  Her dating history was evenly matched for men and women.  She invited me to a party where she hooked up with an attractive woman from the year above us.  As I watched them sitting on the floor, sharing a bowl of lollies and kissing I felt jealous.  It was in that moment that I realised that I wanted what she had: not the woman, but the ownership of her sexuality.  I’d gradually come to realise that I wasn’t straight, that bisexuality was my true label.  And I felt mad at myself for not being brave enough to own it.  At the time I was with a man I’d been with for four years, a man I intended to marry, and so it seemed futile to be vocal about my bisexuality because I’d never get to act upon it.

When my ten-year relationship concluded, I mended my shattered heart and let the dust settle before I felt ready to date again.  I signed up for online dating.  As I filled in my profile, I felt a shiver of exhilaration when I ticked the box next to “bisexual”.  I felt like I’d finally owned who I was, that I’d made it official in a way.  The idea of being free to invite women into my pool of dates was one of the most liberating experiences of my life. 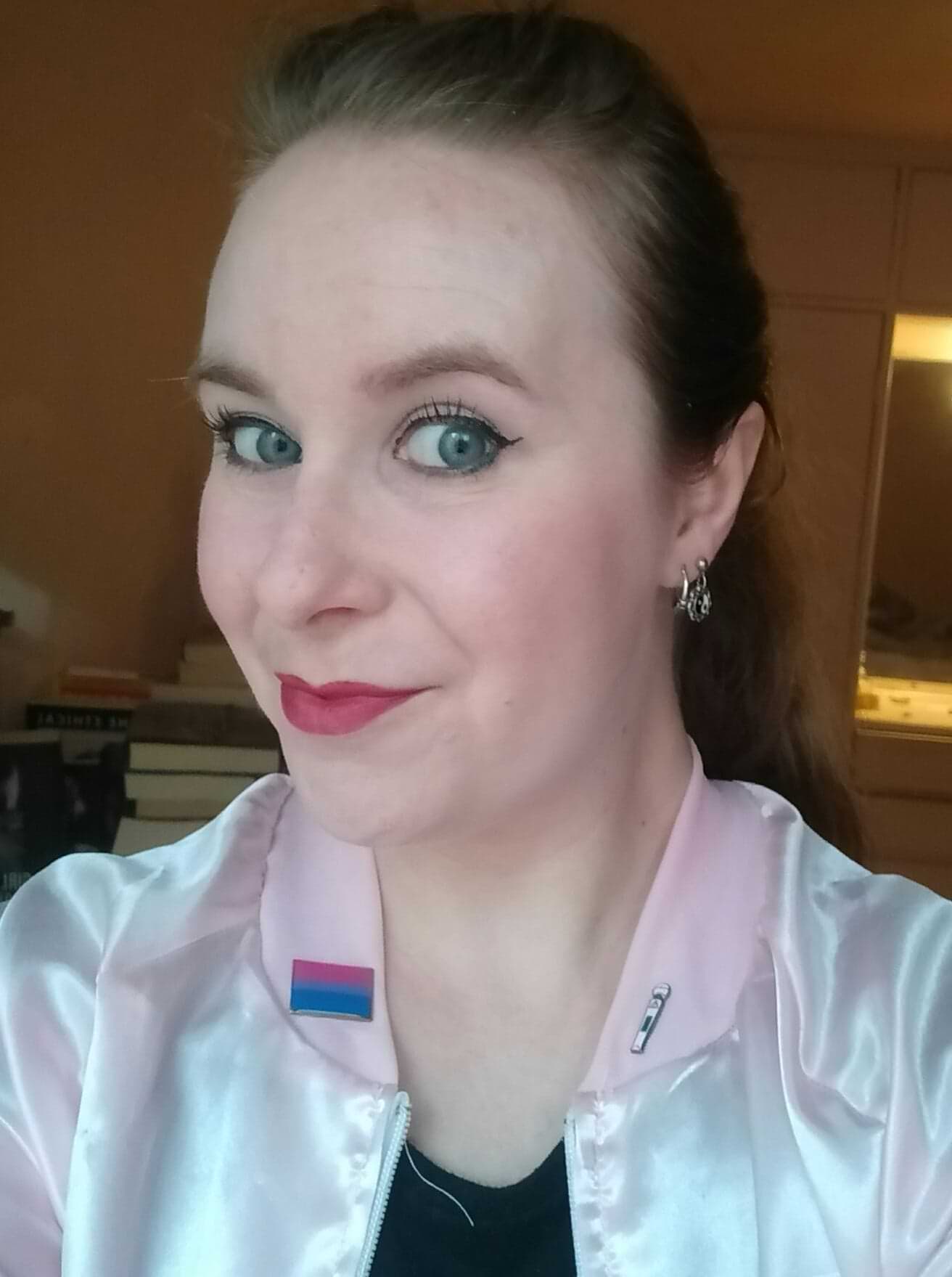 Over the years I’ve dated people of a mix of genders.  Dating women felt foreign to me because I’d never done it before, but also because I felt I didn’t have the same “script” to prepare me the way I had when I began dating men.  I had no idea who was supposed to make the first move, no idea how to tell if she was flirting with me, no idea how to have sex with a woman.  With men it was easy, because centuries of social etiquette told me how to behave and how to interpret their behaviour towards me.  But dating women was a whole new ball game.  An exciting, beautiful ball game that I was ecstatic to be playing.

As  time has passed, I’ve become more comfortable and then eventually proud to be bisexual, and I’ve come so far from the frightened, confused teenage girl who first questioned her sexuality on a Saturday morning paper route.