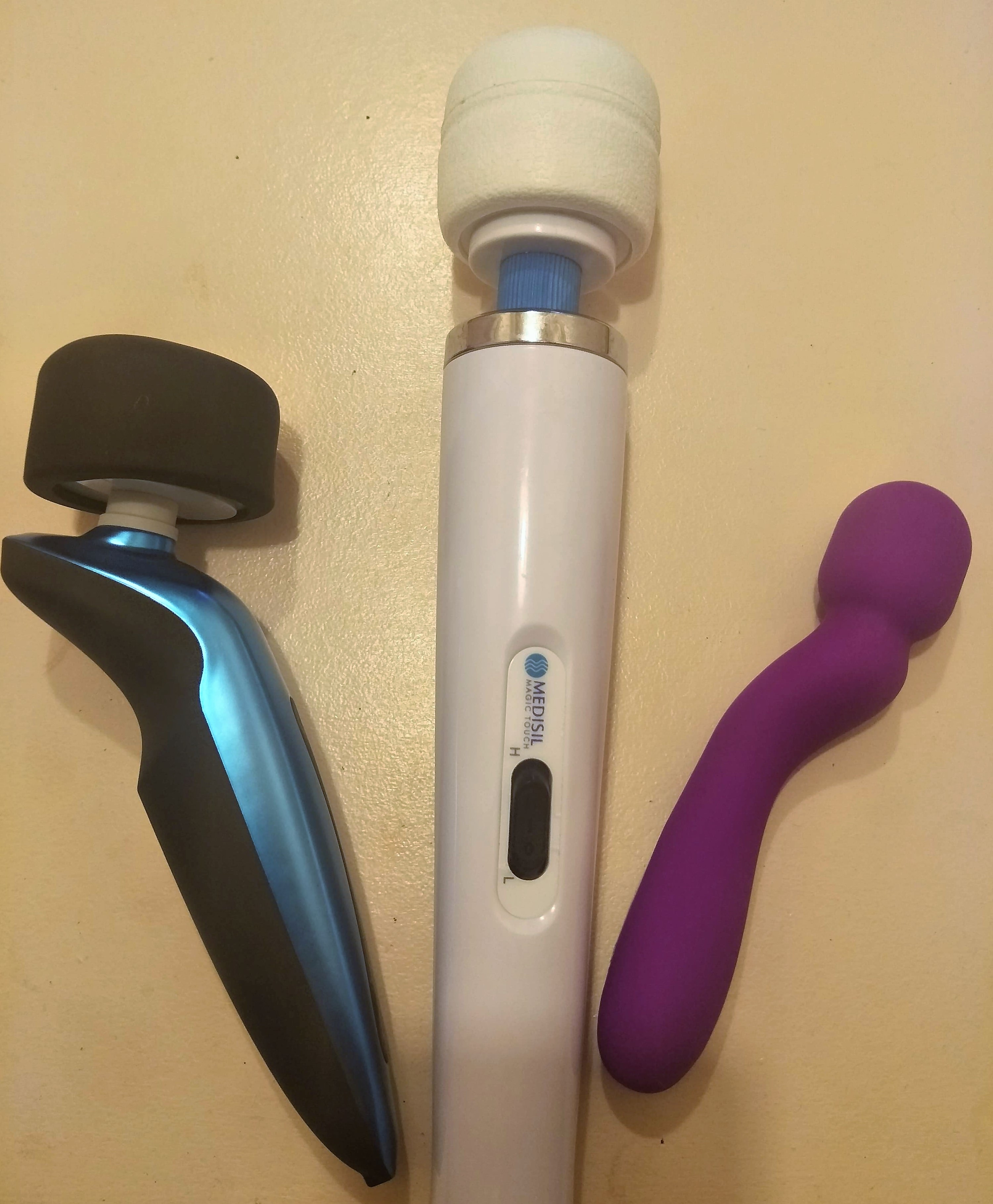 What are wand vibrators?

What are they for?

See, the clitoris is actually much larger than what most of us realise.  That little nub that perches atop the vulva is actually just the tip of a much larger collection of nerves.  The clitoris also has two long “legs”, which run down underneath the labia and inner thighs, wrapping around the entrance to the vagina.  This whole area is packed with nerve endings and is sensitive to pleasurable touch. The glans clitoris, that little pea-shaped button that most of us think of as the clit is the most sensitive part.

Wands are perfect for anyone who wants to have a powerful orgasm, but finds direct clitoral stimulation too intense.  They also come with a range of attachments, so you can have the power of a wand with a variety of different sensations and shapes.

Even though I’ve talked mostly about the clitoris, wands aren’t only for people with vulvas.  Their simple shape make them very adaptable to be used on a range of body parts.  You could experiment using the wand on nipples, testicles, the perineum, labia and inner thighs.  In a pinch, they even work to ease sore muscles (as that was the original purpose of the iconic Hitachi Magic Wand).

Which wands do you recommend?

There are several wand vibrators that I sing the praises of.  My all time favourite is the Medicil Magic wand (the same as the Hitachi). It’s mains powered, which is a little bit of a pain if you aren’t near an outlet but there is a rechargeable version. It’s very powerful and feels amazing.

I also enjoy the Tantus Rumble.  It’s not quite as powerful as some other wands, but it is feather light and easy to use.  Tantus also has a number of attachment heads for it to allow you to experience different sensations.

In summary, wand vibrators are perfect for powerful, broad surface stimulation for bigger orgasms.  They also solve some issues with grip and accessibility for folks who have hand or wrist complaints.  Wands are a very versatile, powerful toy that can be used in so many creative ways with exciting results.