But then the Unik rabbit hopped onto the scene.  When I saw it, I knew I wanted it.  It ticked so many Good Sex Toy boxes: It was medical grade silicone!  It was rechargeable!  And waterproof!  And had a really awesome range of motion.  See, most rabbits just vibrate, but the internal portion of the Unik rabbit rotates.  I couldn’t wait to take it for a spin. 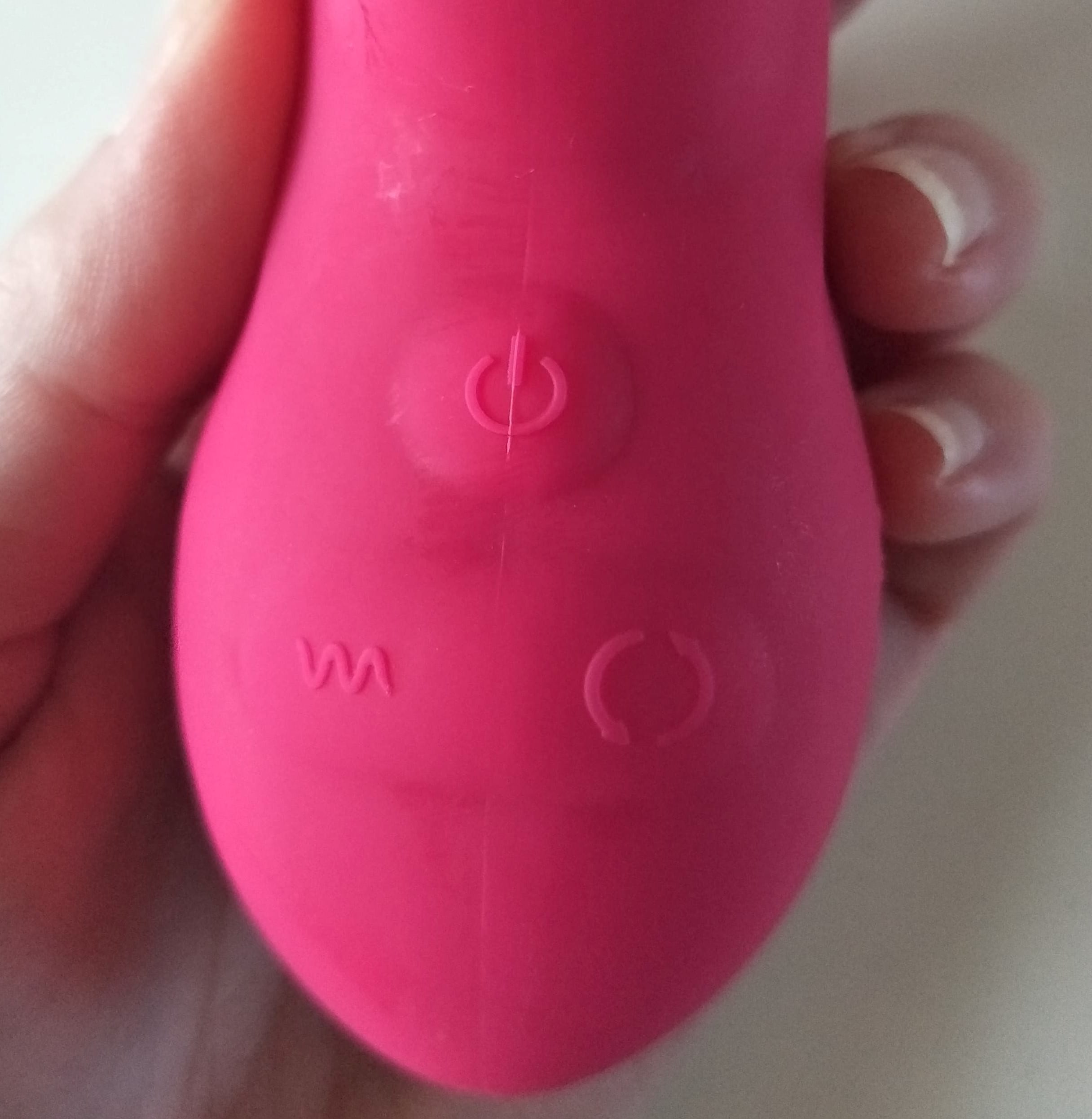 Once it was charged and ready to go, I took a moment to play with the buttons.  I absolutely love the controls on this rabbit.  I dislike rabbit vibrators that have one set of controls for both motors.  When there’s two motors, I like to be able to control them both independently, because I usually want stronger sensation internally than what I want externally.  With single-button controls, I have to choose between overwhelming my clitoris or underwhelming my G-spot.  But this toy has one button for the clitoral arm and another for the rotation.  So you can mix and match vibration and rotation speeds to perfectly suit your needs. 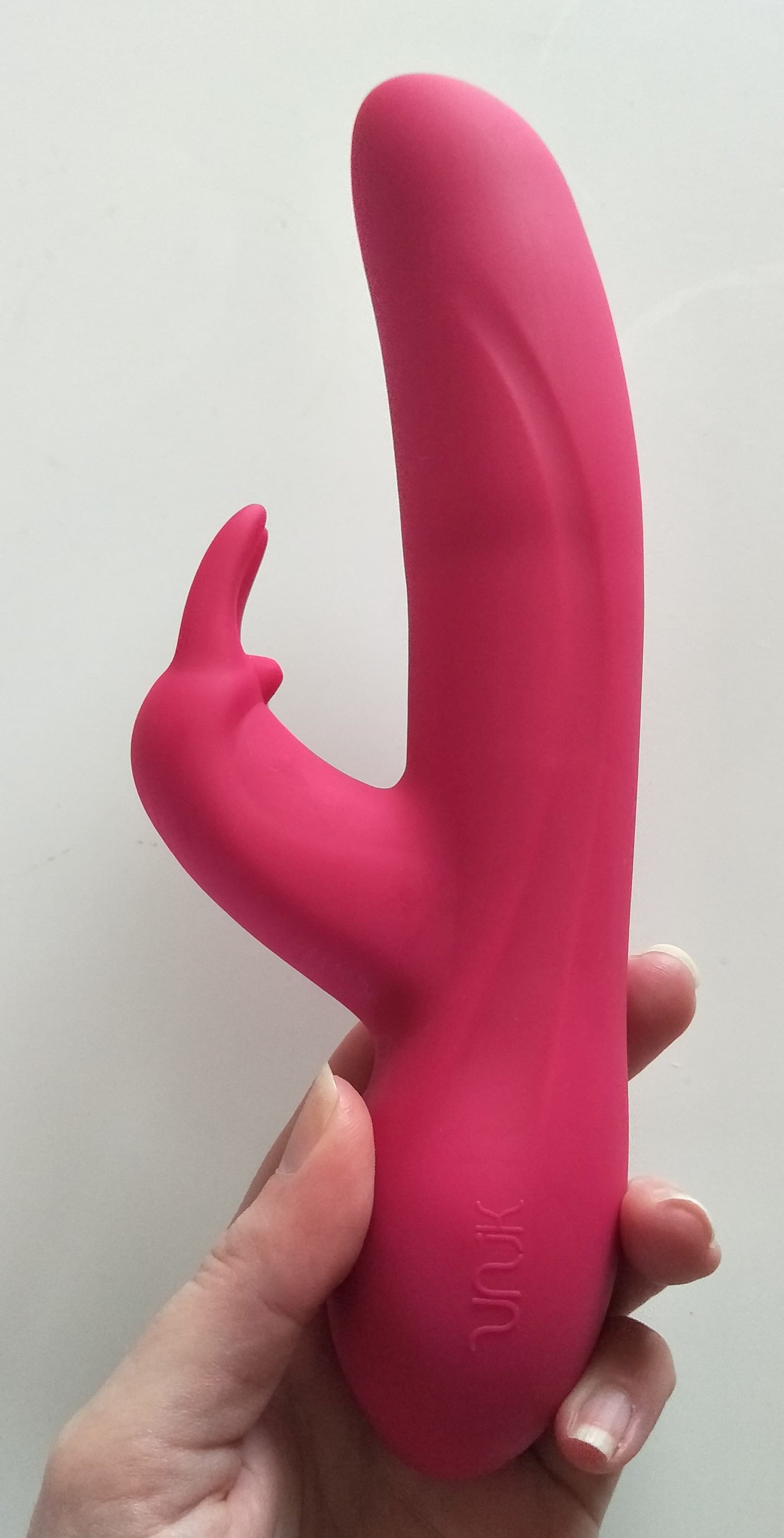 The reason I tend not to choose rabbit vibes very often is that they’re not a “one size fits all” deal.  When you’re making a toy that’s intended to stimulate two erogenous zones simultaneously, there’s a huge margin of error.  The distance between the clitoris and the vaginal opening varies greatly across the population of vulva owners. So it’s very difficult to make a vibrator that will hit the clitoris and the g-spot on every person that tries it.  I’ve been lucky in the past to find a couple of rabbit vibes that fit my body perfectly (The Lelo Ina Wave is the best example).  But the Unik rabbit does not.  If I insert it far enough so that the rabbit ears make contact with my clit, the rotating arm is situated way behind my g-spot.  If I move it so that the tip can massage my g-spot, the rabbit is several inches away from my clit.  Even though this toy is supposed to stimulate both spots at the same time, I usually wind up having to choose one or the other each time I use this toy. 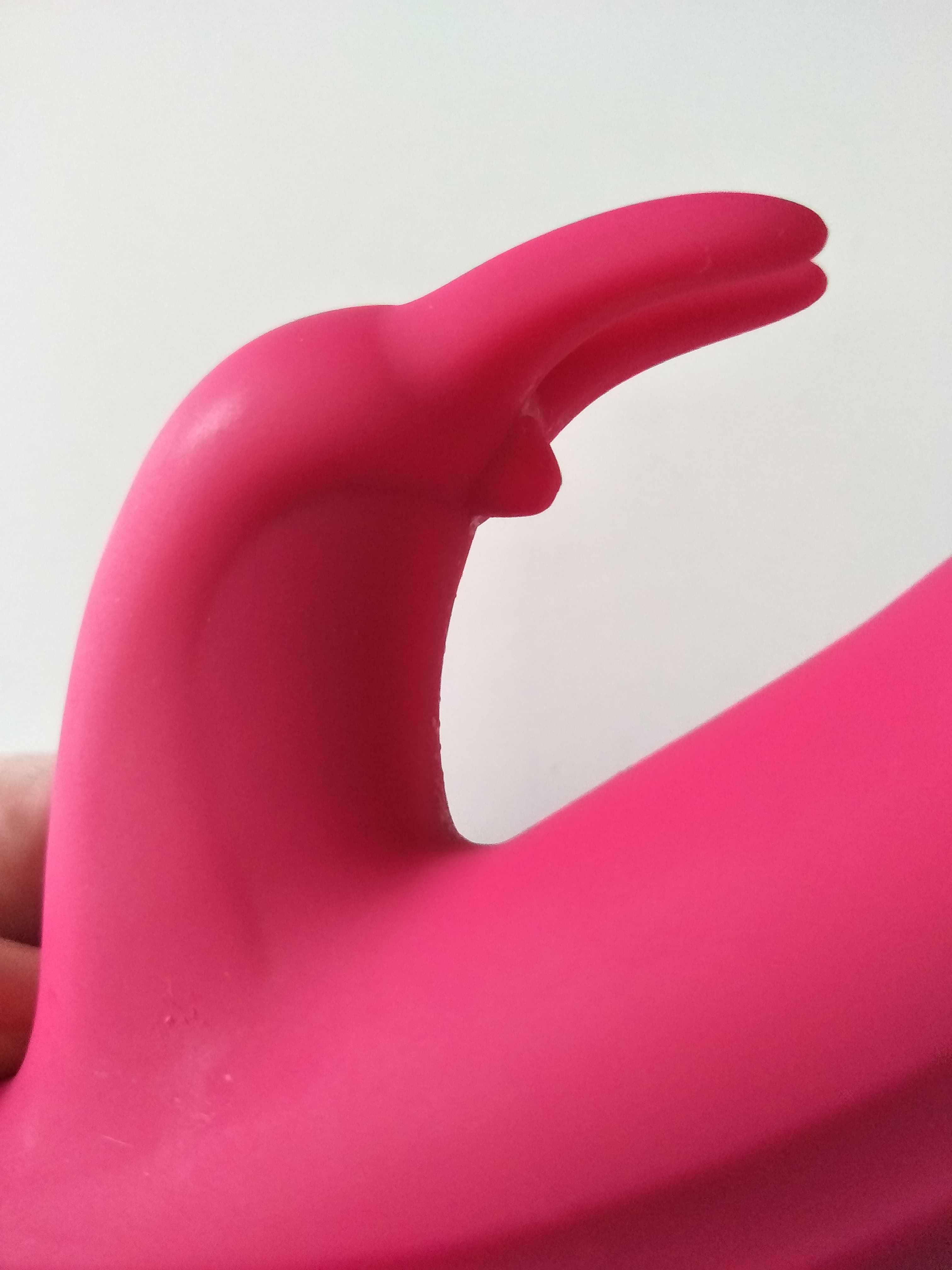 When the rabbit arm does reach my clitoris, the experience is mixed.  The vibration quality is quite rumbly and very powerful.  The vibrator has three speeds and then several patterns.  The thing I don’t like is those rabbit ears.  Those buggers are pointy and have a tendency to poke painfully at my clit.  They are quite flexible, so they can be bent out of the way.  I tried pointing them downwards, lying one on either side of my clitoris but they tend to wriggle out of position and pinch me.  The only thing that worked well was bending them upwards and resting the rabbit ‘nose’ against my clitoris.

I did very much like the shaft’s motion for g-spot massage. The tip of the shaft curves very gently upwards, so it reaches your g-spot without being too aggressive.  The end of the shaft is the perfect firmness for a good massage with enough squish to feel comfortable.  The swirling motion feels amazing on my g-spot, which prefers pressure to thrusting.

This toy boasts two powerful motors, one in the shaft and one in the rabbit arm.  I was extremely excited by this because I wanted to be able to really rumble my junk inside and out. However, I ran into a little problem.  I’d start playing with both motors on low, then I’d slowly inch up the speed on the shaft until it was going at full speed.  Then as I was close to orgasm, I’d bump up the vibration speed……and the whole toy would switch itself off.  I tried this over and over and each time I got to top speeds on both motors, they’d both shit themselves and cut out.  It was like the rabbit was saying to me “Bitch, you can’t handle that much power!”.  It was so frustrating because it would usually happen right before I came, and I can’t abide any toy that makes me lose an orgasm. Don’t tease me with the potential of two powerful motors if I can’t use them both at once. 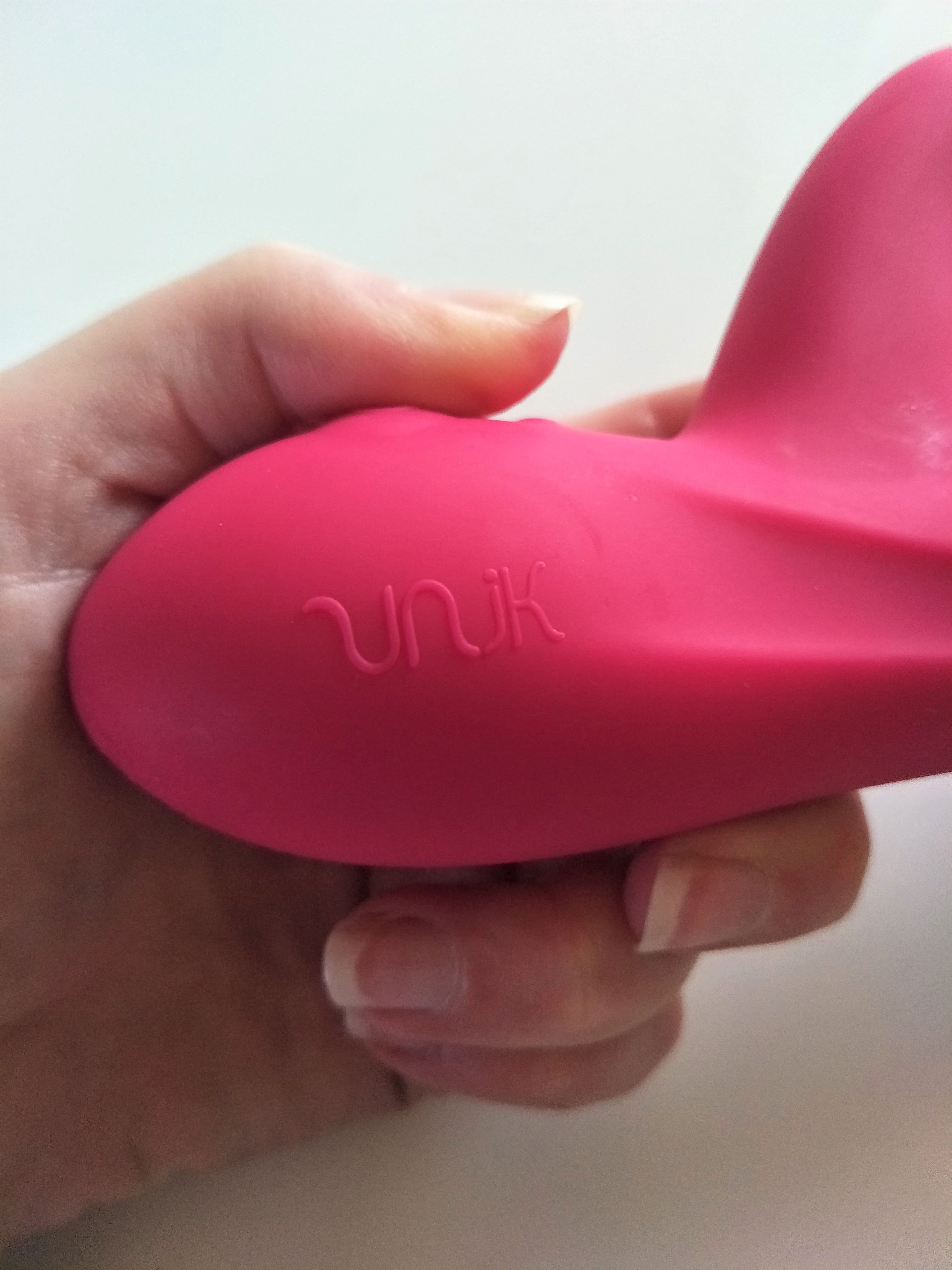