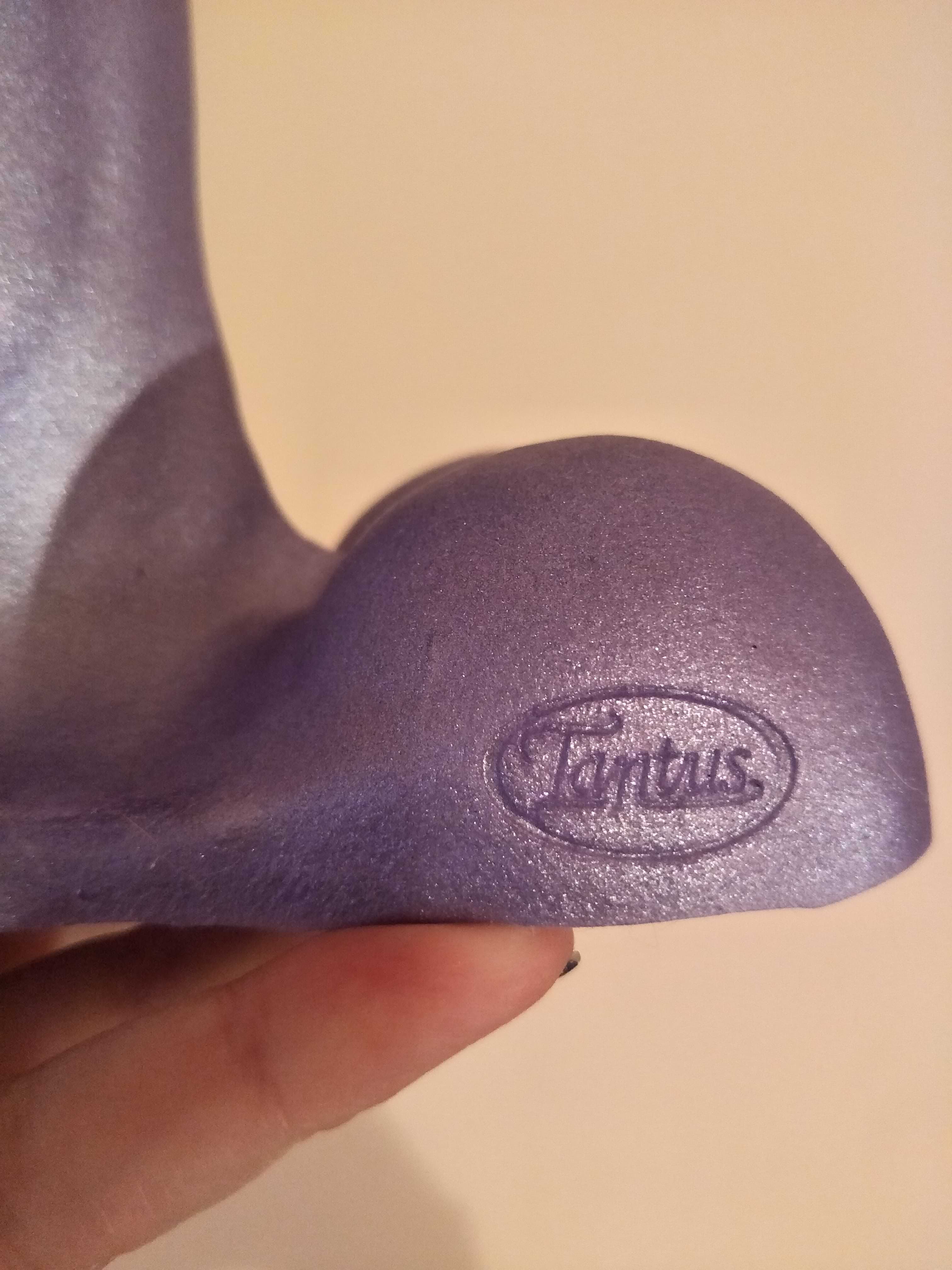 I think the thing that sets the Hero apart from a lot of realistic toys is the colour.  The Hero doesn’t come in flesh tones, but rather in shades of Peacock Blue and Periwinkle.  These bright and unconventional hues instantly make the toy look less like a disembodied appendage and more like a fun object for sexy play.  I was lucky enough to be sent the Periwinkle incarnation of the Hero, and I instantly fell in love with the colour. 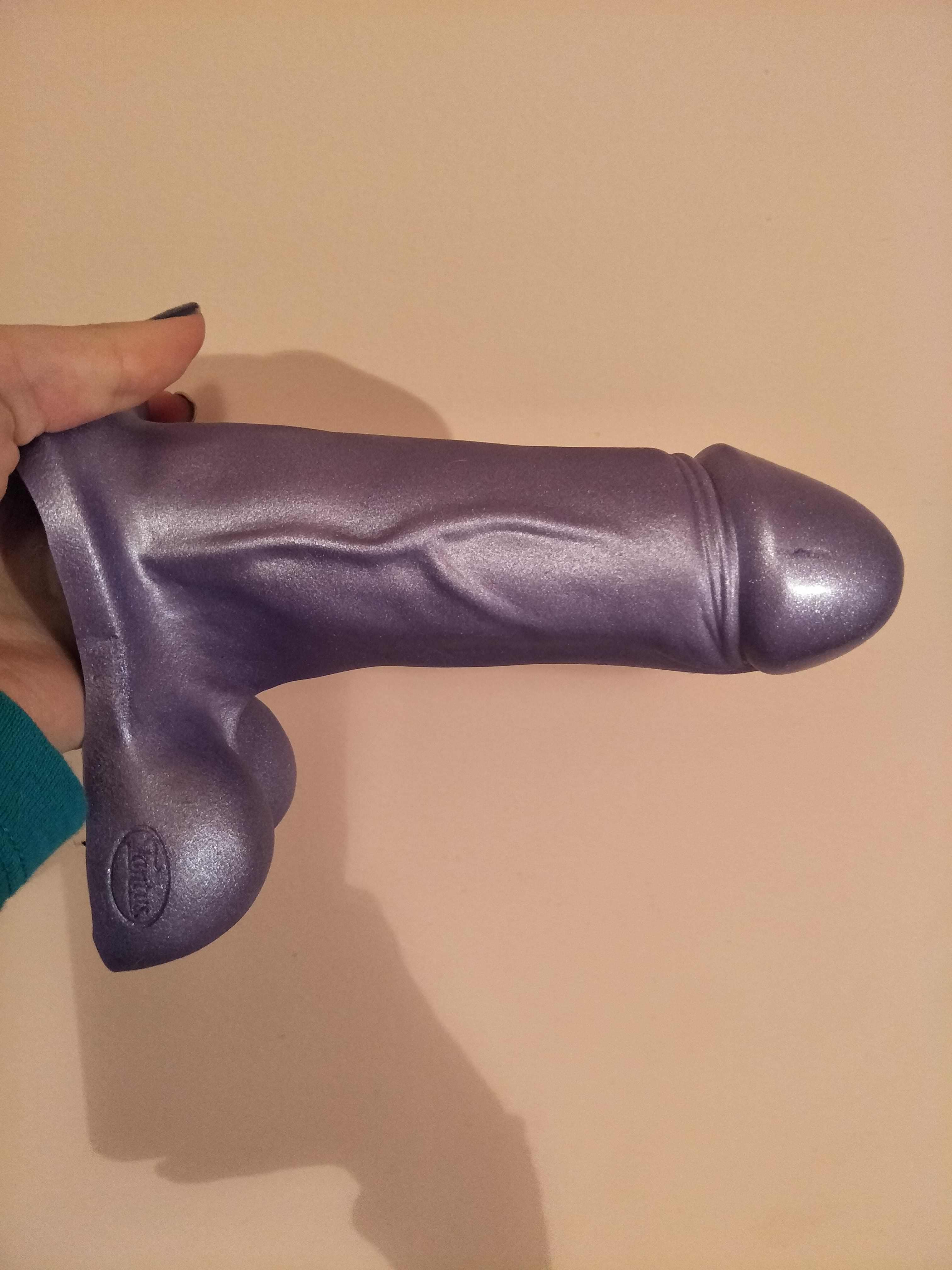 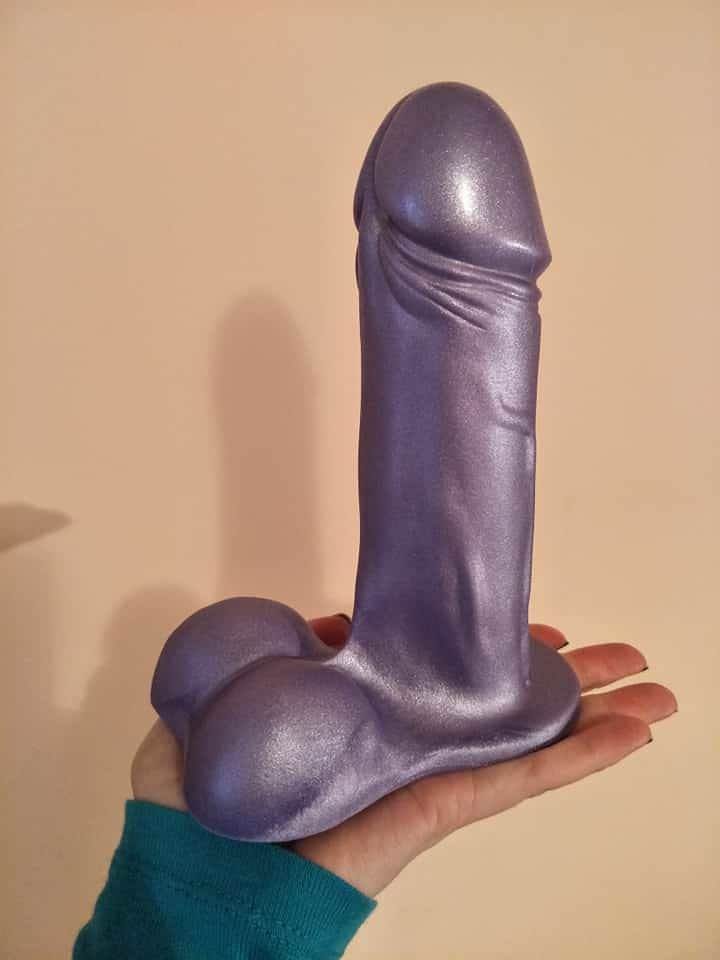 If you’re using the Hero for solo play, those balls also really come in handy.  They provide an excellent base so that you can stand the toy upright on a chair, bed or in the bathtub and ride it. Even though this particular toy isn’t suction cup compatible (as a lot of Tantus toys are) it’s still stable enough to use on a flat surface without it tipping over.  If you prefer toys that you can mount, the Hero is a great choice.

When I saw the super-straight shaft on the Hero, I was doubtful whether this would be adequate for g-spot play.  I prefer curved toys that really target my g-spot as opposed to straight shafts that tend to miss it.  However, I was totally wrong about the Hero.  Even though it doesn’t hit my g-spot directly, that pronounced coronal ridge strums against it during thrusting, which was something I hadn’t experienced before and really enjoyed.  This indirect rubbing on my g-spot was enough for me to orgasm without even touching my clitoris, something that is almost unheard of for me.  The downside of the pronounced head is that it made the toy a little difficult for me to insert, because it kept catching on my pubic bone.  But with plenty of lube and a little patience, I was able to avoid this problem. 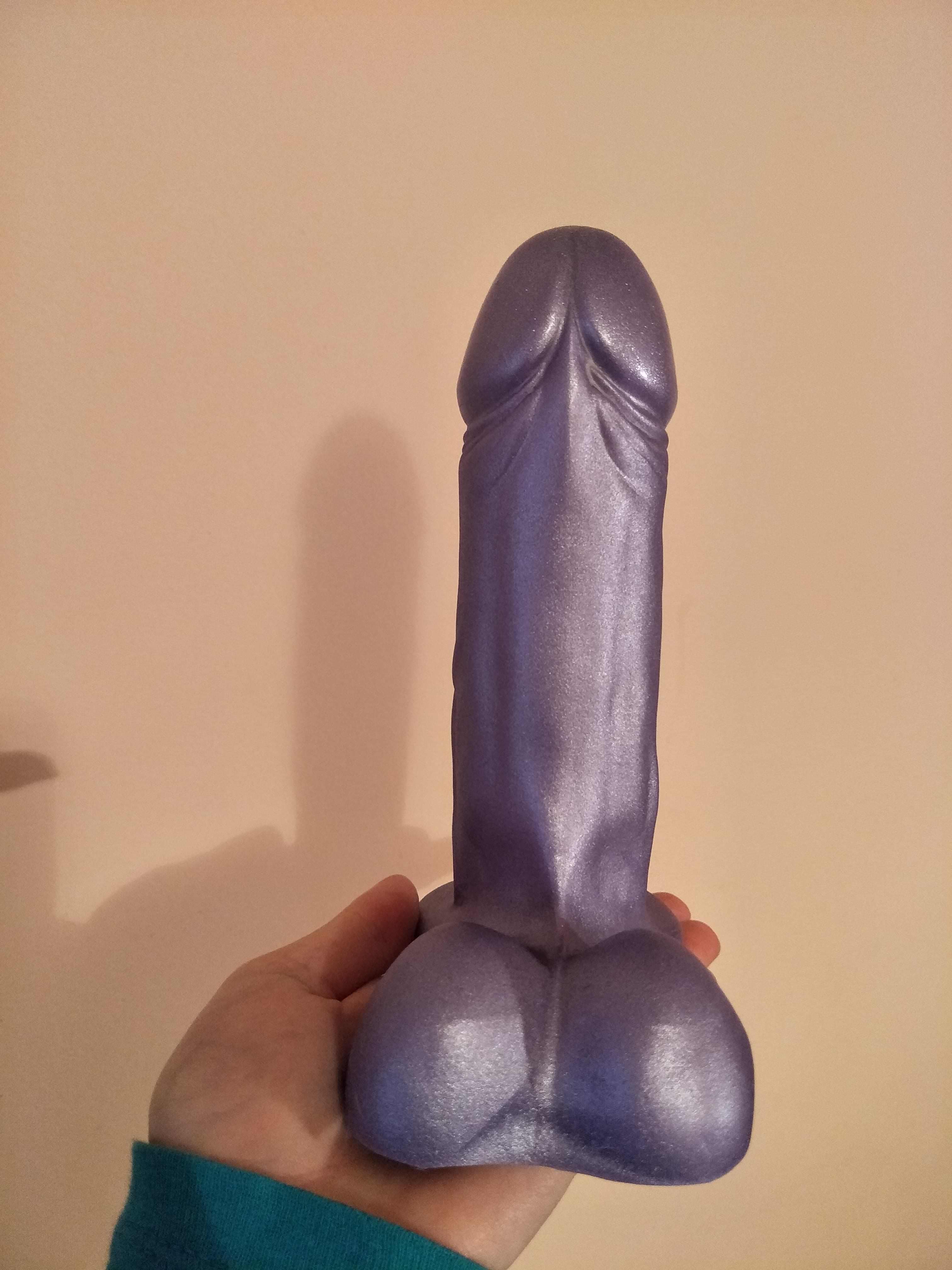 The Hero is made of matte silicone with a fairly firm texture.  The firmness of the toy was the factor that made this toy such a joy for my g-spot, and also makes it easy to control in a harness.  However, there is also a Super Soft version of the Hero if you’d prefer something a bit more forgiving.  I have a Destiny Super Soft from Tantus, which provides less intense internal stimulation but is still great to give you something to clench around during play.  The matte silicone has a slightly sticky texture to it and tends to collect dust and hair readily.  I’m not a fan of that sticky feel, but it does go away when the toy is wet or lubed up.  The high-quality silicone is body safe, easy to clean and can be sterilised in boiling water or in the top shelf of your dishwasher.

After playing with the Hero, I’ve done a 90 degree turn on my opinion of realistic toys.  I’m still not ready to go for something that looks lifelike, but I see how certain features which are inspired by real genitals can provide extra stimulation for out-of-this-world play.  The Hero is a perfect hybrid between fantasy and reality and hits all the right notes.