What I wore: no capes

It’s been a couple of years since my last cosplay.  After a stint as Tank Girl at Supanova I unintentionally took a hiatus from cosplay.  I didn’t make a conscious decision not to do it anymore, I just no longer felt excited about creating and wearing costumes.  But recently I started feeling the itch to cosplay once again.  And Free Comic Book Day presented the perfect opportunity to rock a new character costume 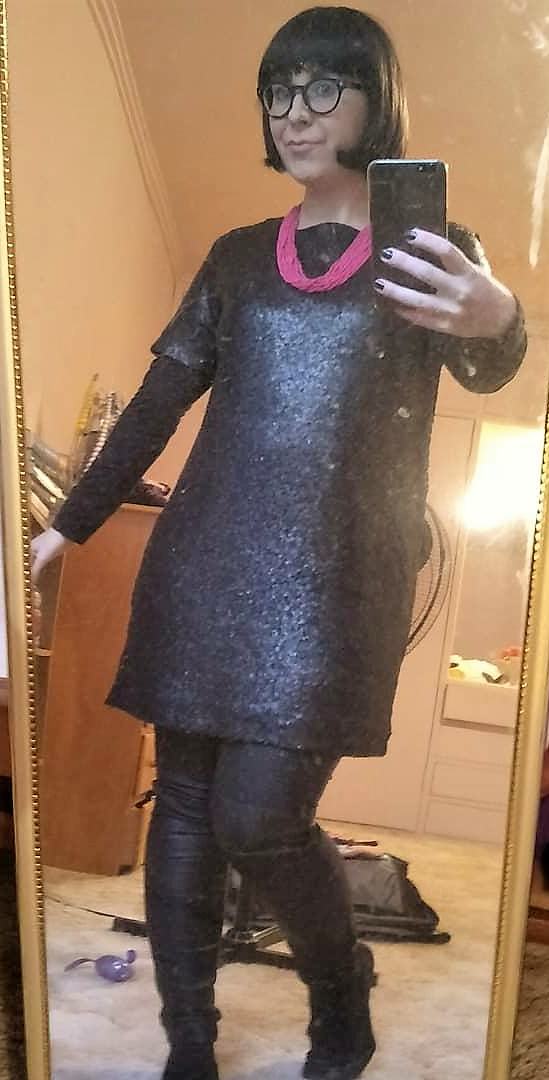 I’ve got a short list of characters I want to cosplay, and Edna Mode from The Incredibles was at the top of that list.  I adore Edna’s super sharp style and lightening wit.  Like so many cartoon characters, her look is simple but instantly recognisable and pretty easy to translate into a cosplay costume. 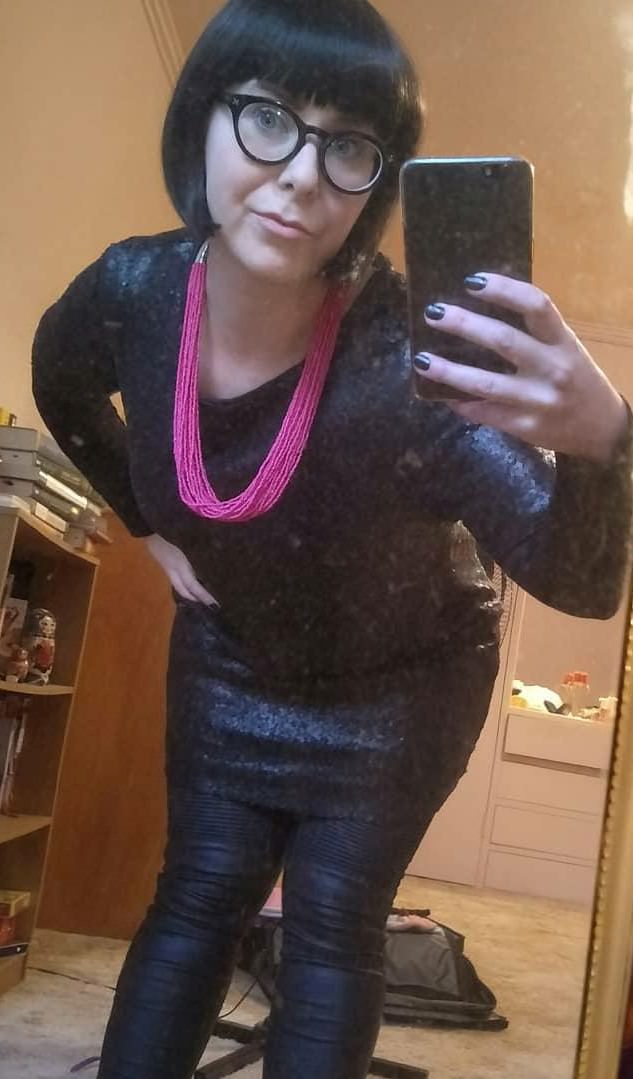 Naturally, an all-black ensemble was vital.  Edna’s outfit has an armoured look to it, and it’s very structured.  I chose this heavily sequinned dress for the bell-shaped skirt and the rough texture.  I added leather-look pants with pleated details on the knees and thighs for a tough look.

I actually bought new glasses specifically for this costume.  These are the 7001 from Derek Cardigan.  I normally go for very square or cats-eye glasses, but Edna’s frames are extremely round and heavy.  I actually really like the way these frames look and they’ve become my go-to glasses lately. It’s great to step outside your comfort zone and wear something you haven’t tried before. 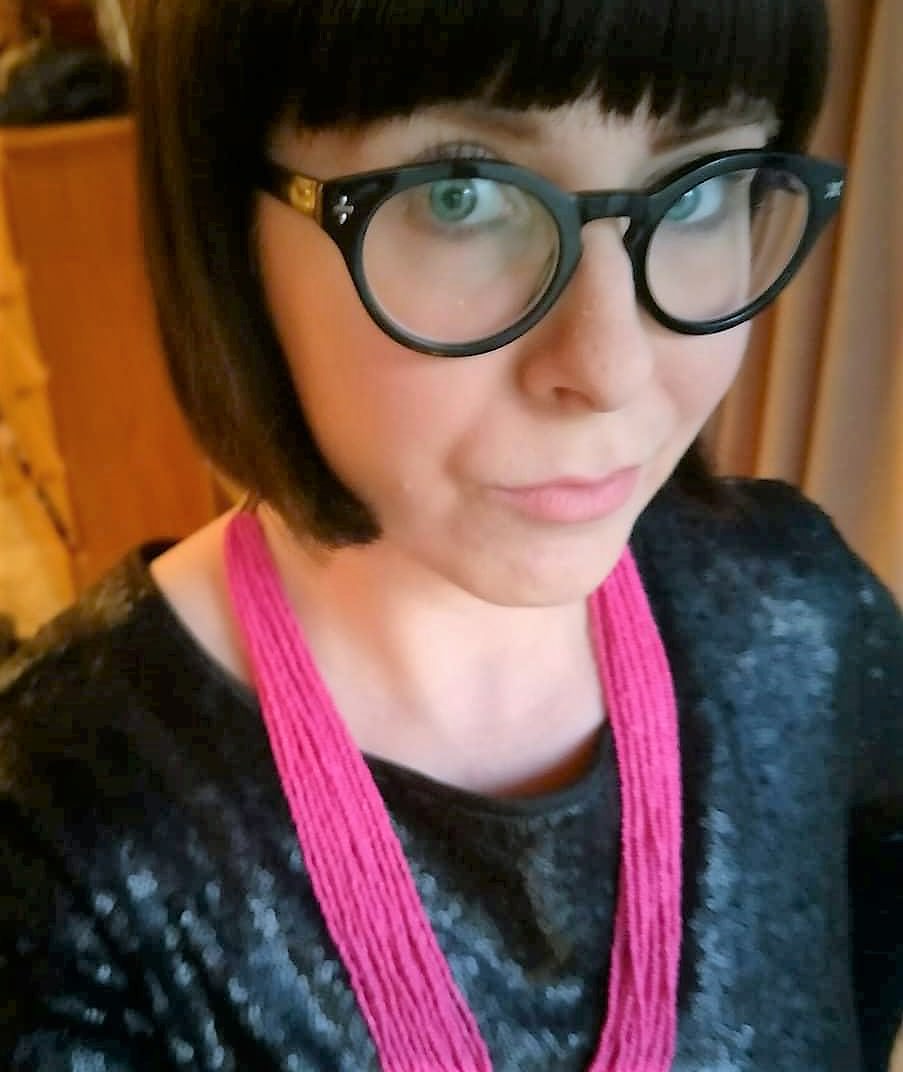 Edna’s makeup was kind of tricky, because in The Incredibles she doesn’t appear to be wearing makeup. I kept my look polished and fresh, making my brows heavier and doing some more extreme contouring that I do for day-to-day.  I contoured my cheeks and around my mouth to make me look a little more jowly and shaped my nose to be a tad rounder to recreate the shape of Edna’s face. I kept my lips light with a slick of nude lipstick. 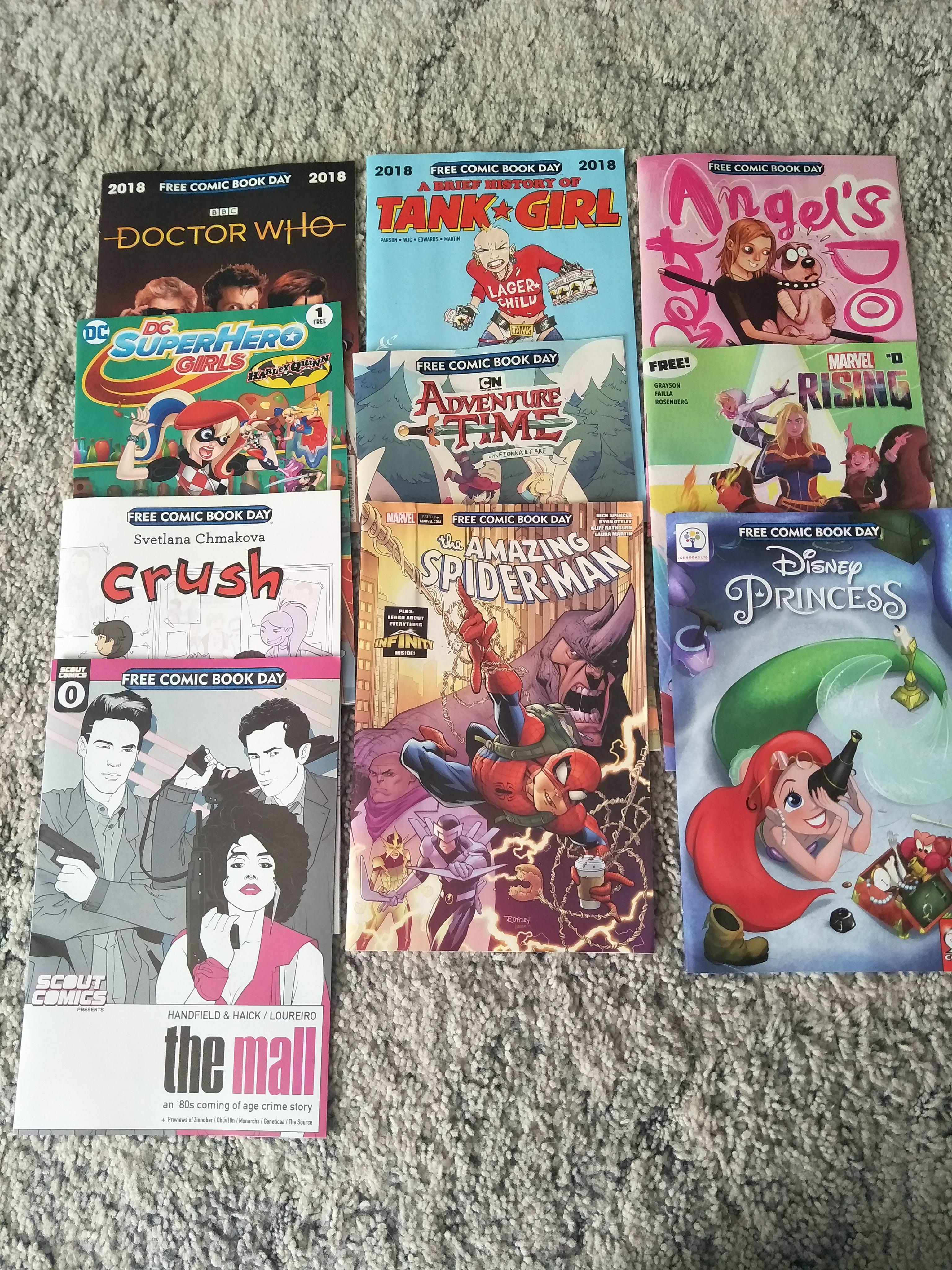 I picked up so many new comic books on Free Comic Book Day.  My favourite offerings were The Mall, which was a very nostalgic 80’s teen romance mixed in with a crime story.  Crush was gorgeous, a tale of a young man dealing with his first crush and I really enjoyed the lightheartedness of the Adventure Time Fiona and Cake story.  Naturally, I loved Tank Girl as well.  And the artwork in Street Angel’s Dog was unlike anything I’ve seen before. 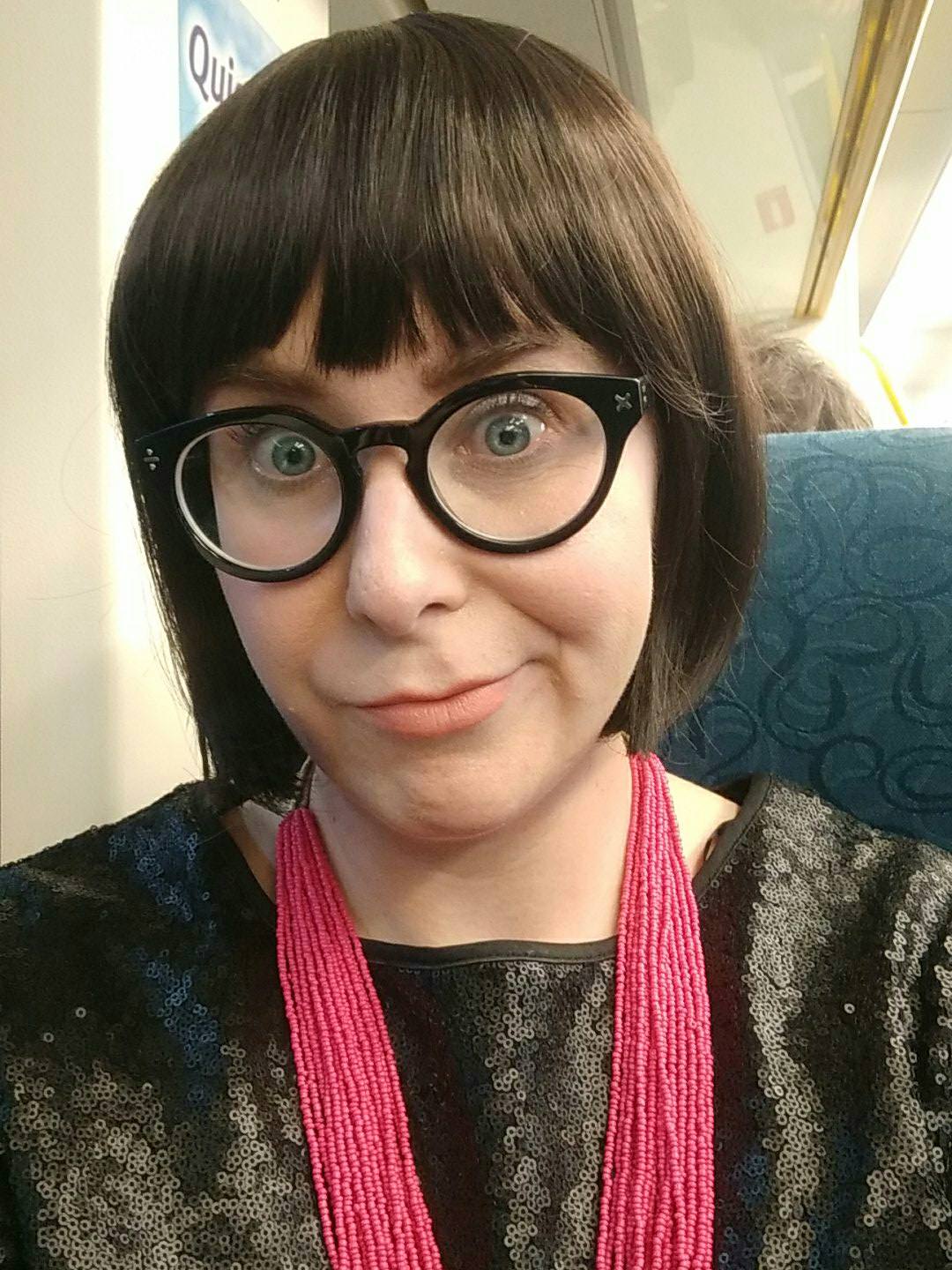 After a very long day of standing in line, waiting in stifling shops and lugging bags of books I was grateful to jump on the train back to my boyfriend’s house.  He’s never seen me in cosplay before so that was a hilarious first for us.  I was ready for a long shower, a shampoo and a Marvel movie with the man I love.

I loved being Edna for the day and allowing myself to jump back into cosplaying.  I felt a bit disappointed with myself when I lost interest in cosplaying, because it used to be something that brought me so much joy.  But sometimes we grow out of hobbies that we used to love.  And sometimes we just need some time and distance, and suddenly our interest bubbles up again and we get to become reacquainted with that fun and creativity that we used to know.  And when that happens, it’s an awesome feeling.