How to stop menstrual cup leaks

I had a question from a reader a few weeks ago about menstrual cup leaks.  This reader was discouraged from using her menstrual cup because she was experiencing frequent leaks, particularly when she wore her cup on the heaviest days of her period.  The potential for leaks is one of the main deterrents from trying a menstrual cup.  However, during my experience I’ve found leaks to be very uncommon, provided that you’ve chosen the correct cup for your body and you’ve inserted it correctly.  To help you out if you’re experiencing leaks with your cup, I’ve created a little troubleshooting guide for you to run through.

Are you sure your cup is actually leaking?

I’ve had moments when I’ve thought that my menstrual cup has leaked, but it was a false alarm.  Sometimes, if you’ve removed the cup, emptied it, and then reinserted it, or if you’ve inserted the cup after a period of not wearing it, there can be traces of blood left on the walls of the vagina that wind up on the outside of the cup after it’s inserted.  If this is the case, you might get a small amount of blood in your underwear even though you’re wearing the cup.  If you notice a little bit of blood on your underwear, this is probably what’s happened.  However, if there is a lot of blood or the amount of blood increases throughout the day, you might have a leak that needs to be addressed.

Has your cup opened fully after you’ve inserted it?

One of the main reasons a cup will leak is that it is not inserted properly.  If the cup hasn’t popped open fully after insertion, it won’t create the seal it needs to work effectively.

If you’re not certain if your cup is properly opened, it’s very easy to check.  Once you’ve inserted the cup, insert a finger into your vagina alongside the cup.  Gently feel all the way around the cup.  If it is open, it should feel smooth and round.  If you feel any puckers, folds or dips, then the cup has not opened up fully.

Another way to check is to very gently pull on the base of the cup, being careful not to pinch the cup (which will break the seal).  If there is resistance, then the cup is properly sealed in position.  If you can easily move the cup, then it’s not properly inserted and you need to take it out and try again. 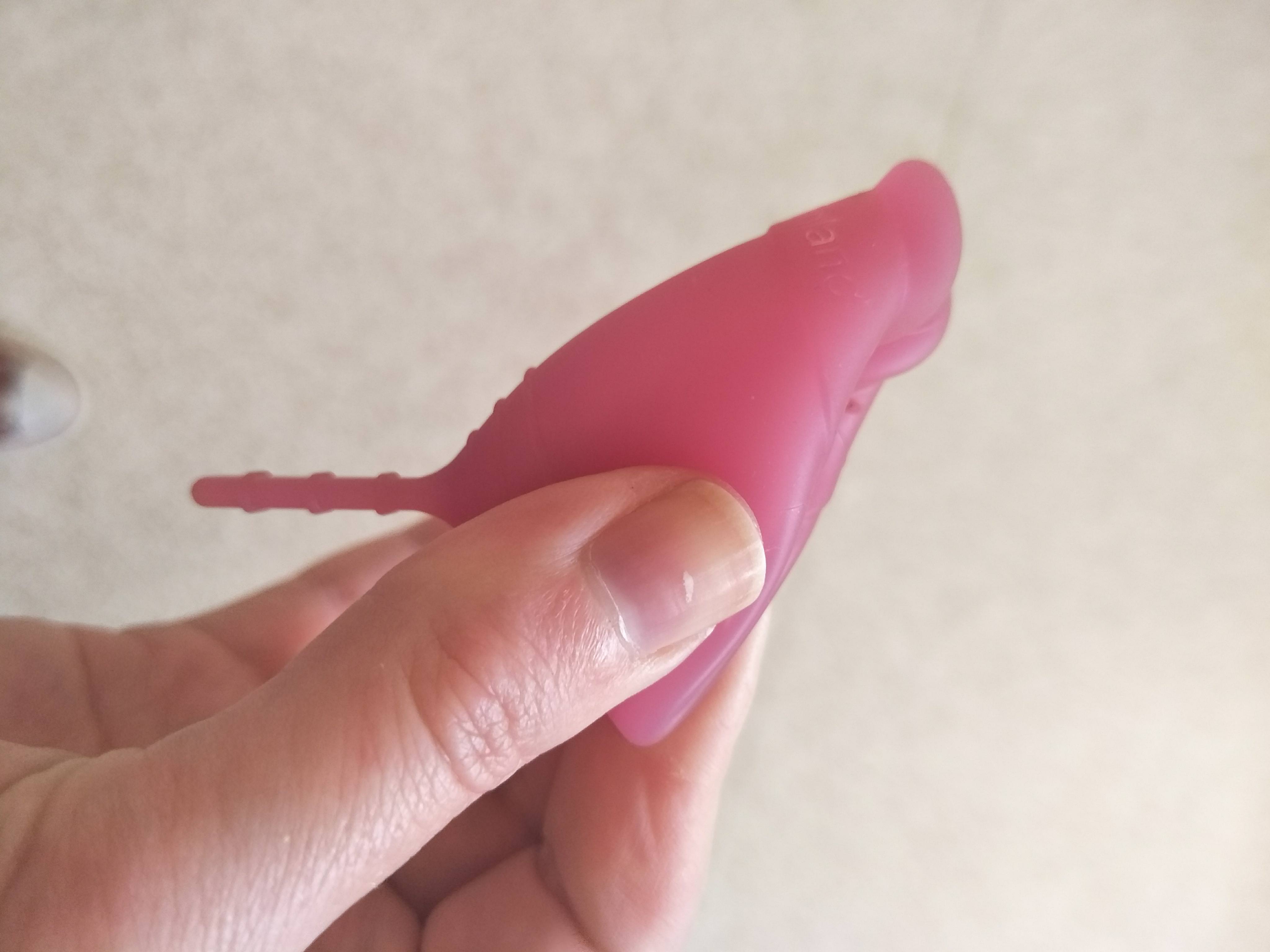 The Punch Down fold is achieved by pushing one edge of the cup down inside the cup and then pinching the two edges closed to hold the punched-down edge inside.  This fold pops open the most easily once inserted. 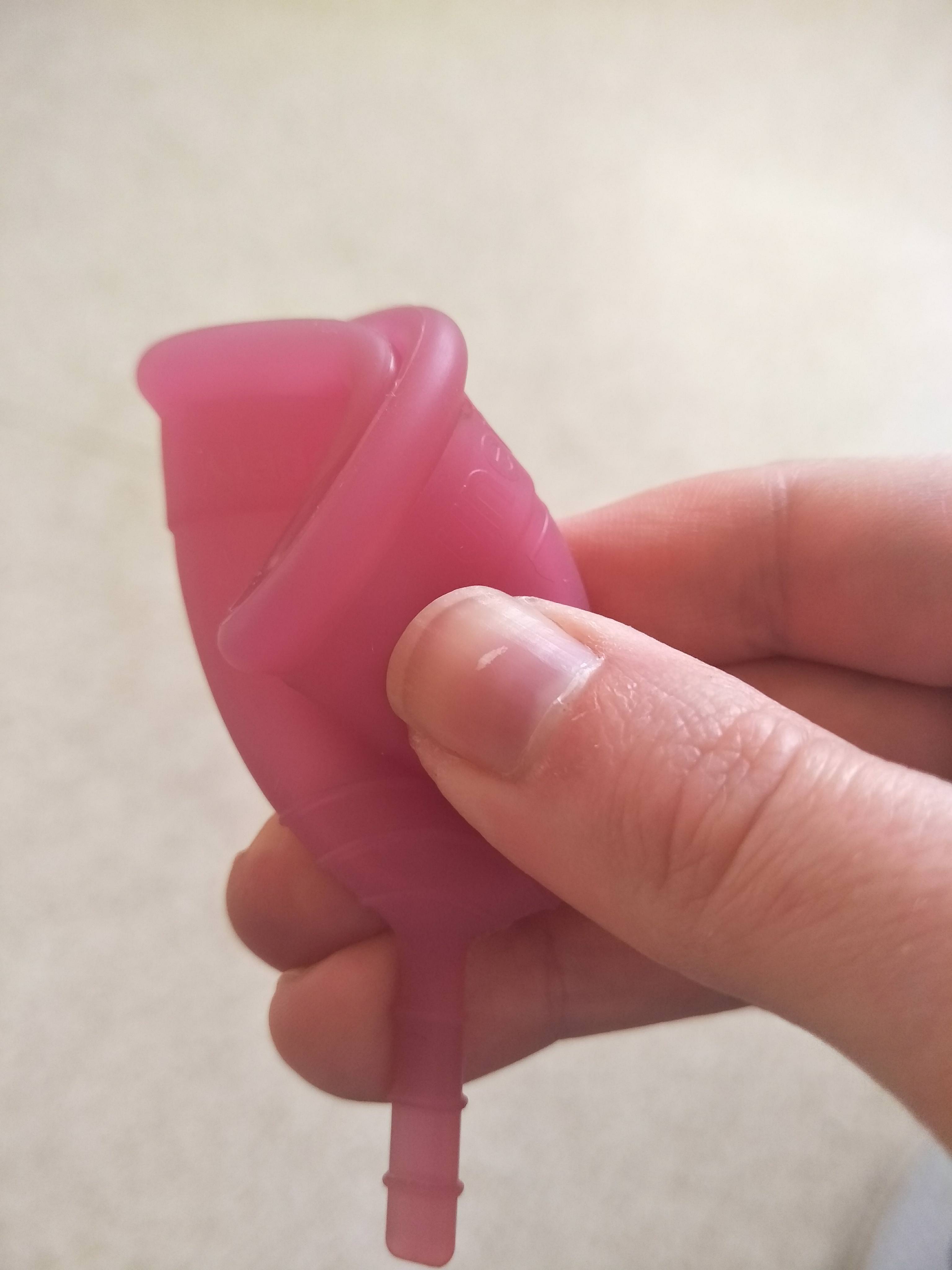 The 7 fold is where you flatten the cup and fold one of the upper corners down diagonally to meet the opposite lower corner. 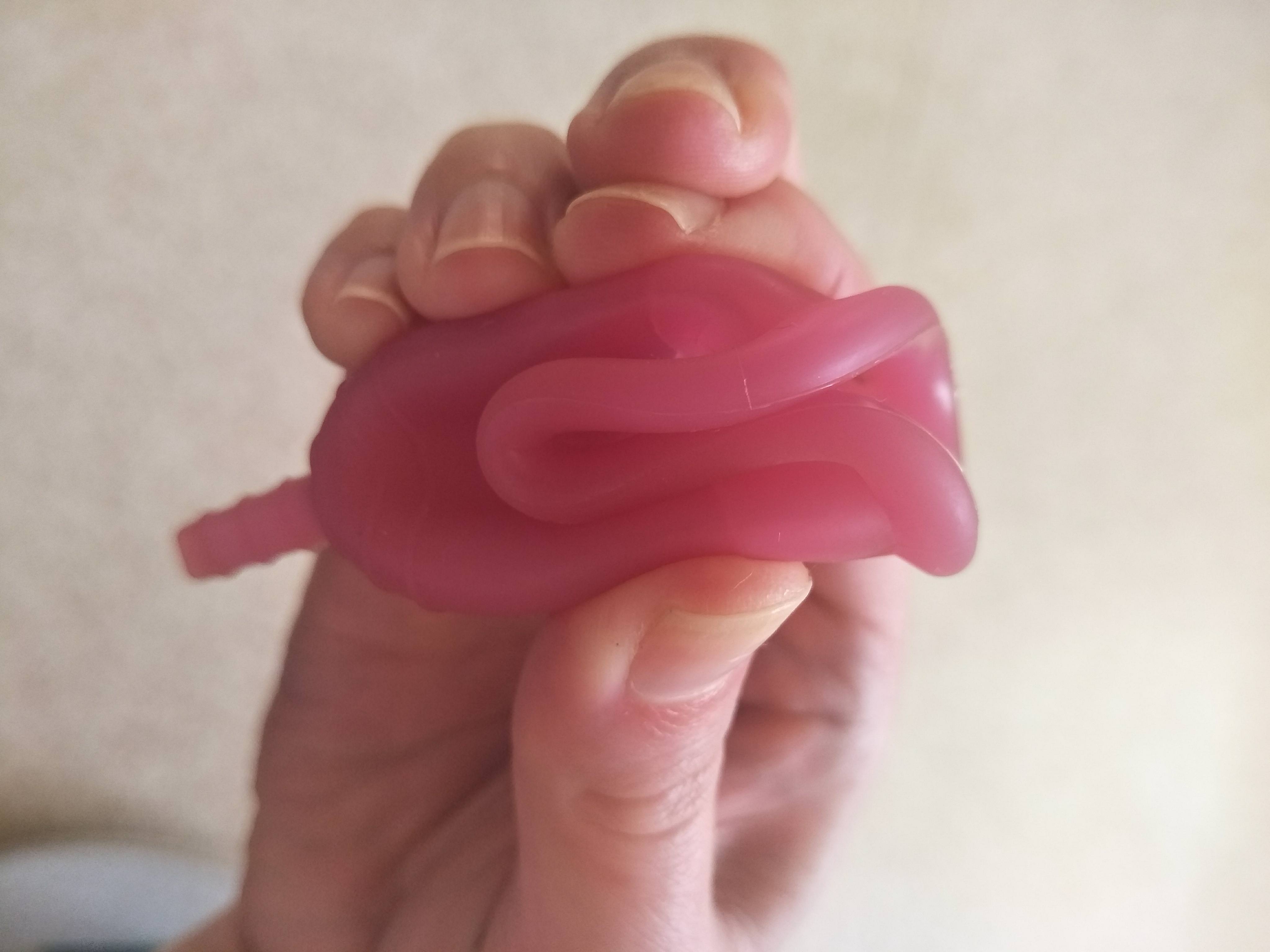 The Labia or Diamond fold is achieved by taking hold of the rim on one side and bending it to meet the lower edge of the cup.  Then pinch the two outer corners of the cup to fold the cup in half vertically.  This one is a tricky fold to master, but it’s one of the best because it gives you a really narrow width to insert.

This fantastic video gives really clear instructions to help you find a fold that works for you.

Is your cervix inside your cup once it’s inserted?

Your cervix is the point where your vagina opens into your uterus. It’s the opening where menstrual blood comes out during your period. In order for the cup to catch all your menstrual fluid, your cervix must be contained completely within the cup.  Before you insert your cup, it’s worthwhile checking the position of your cervix.  To do this, insert a finger into your vagina and feel for the top of your vagina.  Your cervix feels like a little dimple, and has some resistance to it.  Feel for something that has roughly the same resistance as the tip of your nose. This is your cervix.

Is your cup large enough for your body?

Most menstrual cup brands make their cups in two different sizes.  This is done to accommodate variations in cervix size and vaginal depth.  Generally, it’s advisable to purchase the larger of the two sizes if you have given birth.  The reason for this is that after giving birth, the cervix tends to be softer and wider, and the vaginal canal may also be wider.  This is true even if you didn’t have a vaginal birth, because the muscle contractions experienced during labour still dilate the cervix, even you didn’t end up pushing a baby through that opening.

Even if you haven’t given birth you may want to try a larger sized cup.  This will help you to make sure that your cervix is fully contained inside the cup. Additionally, if you know that you have a heavier flow, a larger cup will accommodate that and make leaks less likely.

Is your cup firm enough for your body?

One thing a lot of people don’t really consider when shopping for a menstrual cup is how firm the cup is.  Although all cups are made of silicone, silicone can range in texture from very soft to quite rigid, and cups come in a variety of levels of firmness.  Many people prefer to buy a softer cup, because they believe it will be the most comfortable, but softer cups can be tricky to insert as well as being more prone to leaks.

If you have strong pelvic floor muscles, it’s really important that you choose a firmer cup to avoid leaks.  During activities where your pelvic floor is engaged, such as during yoga, pilates, weightlifting or using the bathroom, your kegel muscles can squeeze your cup.  If the cup is too soft, this squeezing might break the seal of the cup, and cause a leak.  So if you know you have strong kegels, or you are very active and enjoy sports like yoga or pilates, a firmer cup might be a good choice.

It can be tricky to know how firm a cup is without feeling it.  This is especially hard when you’re shopping online for cups.  Luckily, the awesome folks at Put a Cup in It have created this fantastic table comparing the firmness of most of the popular cup brands.

Have you left the cup in for too long?

It’s perfectly safe to leave a menstrual cup in for up to eight hours.  However, if you know that your flow is on the heavy side, you’re going to want to empty it much more frequently than that.  Once you use your cup more, you’ll get to know how often you need to empty it in order to prevent leaks.  But if you are leaking, then you might want to try emptying your cup more often.

Hopefully once you’ve run through all these tips, you’ll be able to put a stop to menstrual cup leaks.  If you choose the right cup and use it correctly, leaks are very rare.

Do you have any further menstrual cup questions that you’d like answered?  If you do, leave a comment down below.  Also, if you have any other tips for preventing leaks, I’d love to hear them.