I feel very blessed to be from Benalla.  Even though it’s such a small town, we have a lot going for us.  There’s the yearly Wall to Wall street art festival, a huge number of amazing cafes and restaurants, gorgeous picnic spots and the mural.  A relatively new event that’s sprung up is the Benalla Shorts film festival, which showcases short films made by local and national film makers. This year I scored tickets to the event and frocked up to attend.

I was very unsure about what to wear.  I wanted to be dressed up, but not over the top.  It was also absolutely stinking hot the day of the festival so I needed something that would be cool and comfortable.  So I opted for billowy, printed trousers and monochrome accessories. 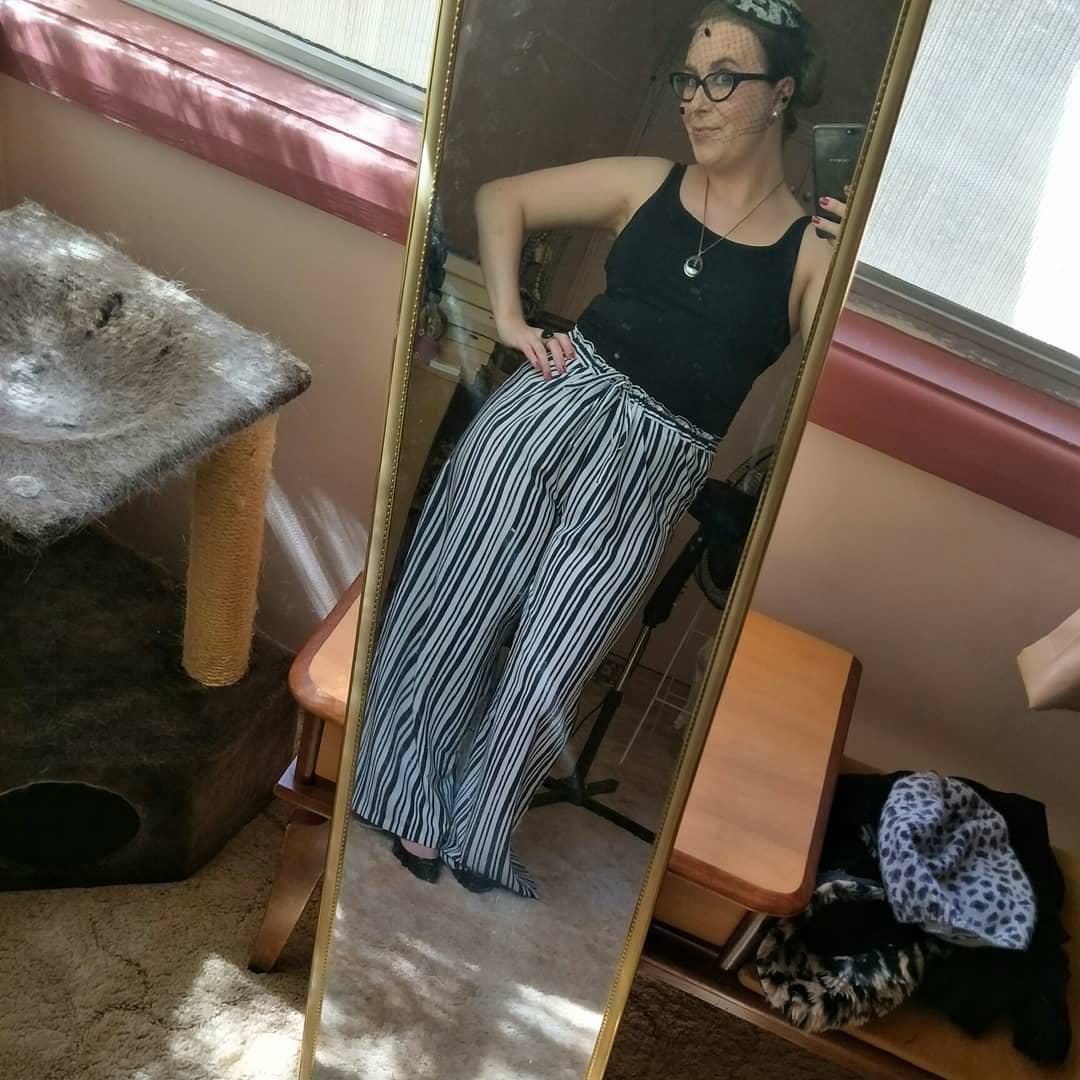 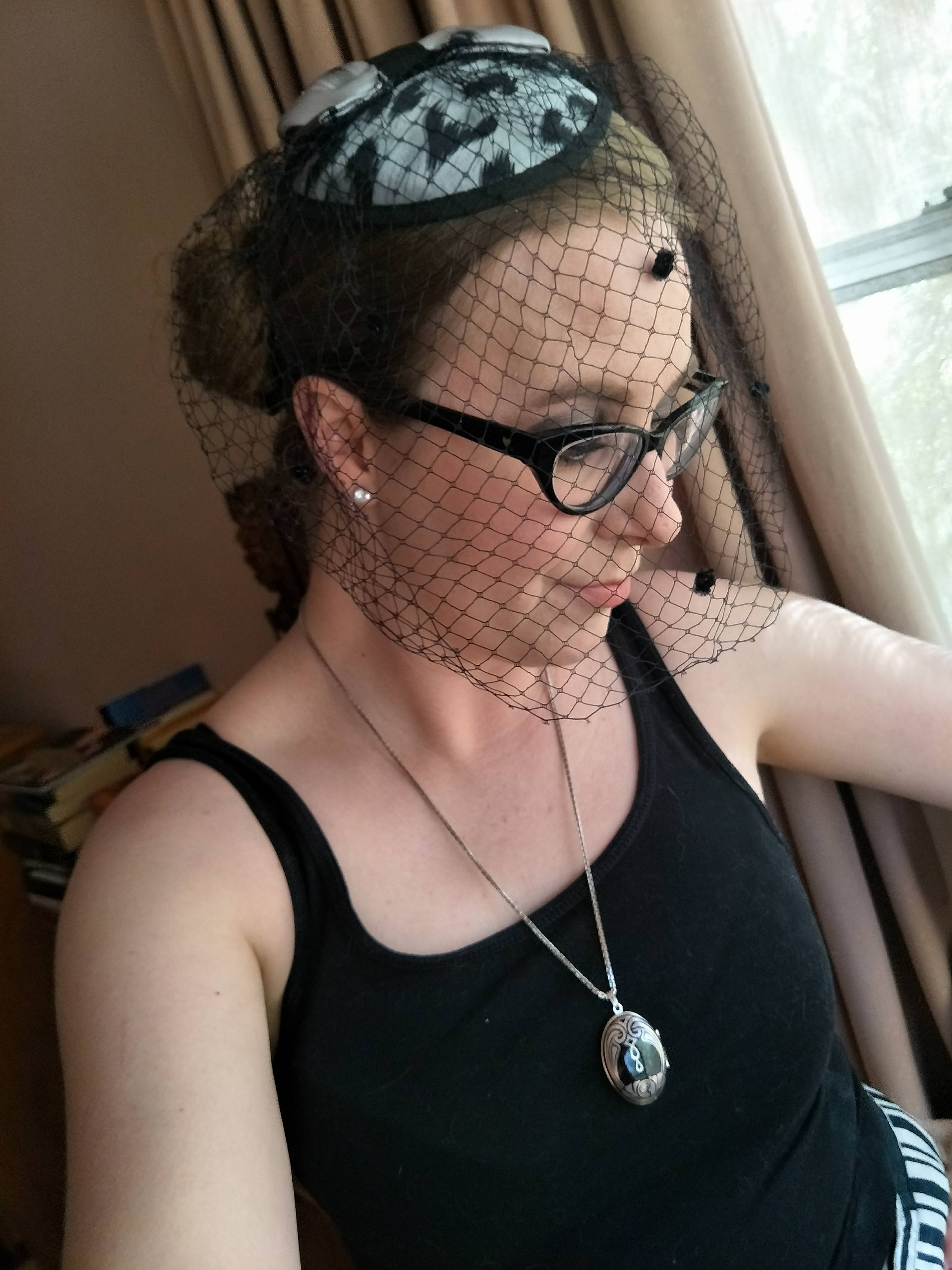 This turned out to be the perfect outfit to wear to the film festival. I was so comfortable and I felt confident in my monochrome ensemble.  The fascinator was a fun touch, and added the perfect amount of whimsy to the whole outfit.  I feel like without it, I’d have looked a bit more casual and that’s not the vibe I was going for.

The festival itself was so much fun.  The winning film was called iRony, an animated take on how technology and social media is affecting our life in a negative way.  The most impressive thing about that film is that it was hand-animated, written, narrated and produced by one person….and he’s eighteen.  I was blown away by the sophistication of the film from such a young filmmaker.  I also voted for a film called Munchies, which was an adorable claymation feature about a farmer with a snail problem.

I feel that my black and white outfit was perfect for a cultured afternoon of short films.  I hit the mark and didn’t feel overdone or too casual, and I was truly confident in the way I looked.