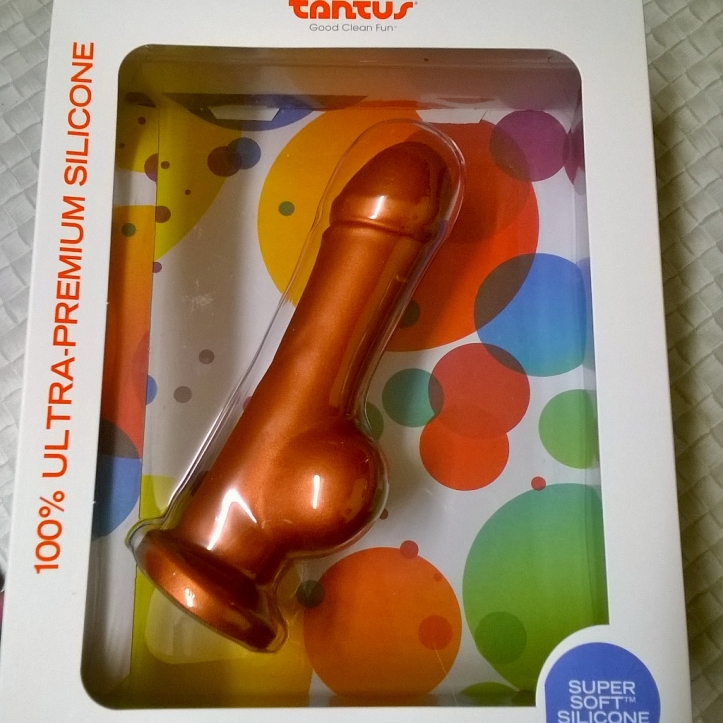 The second thing that I noticed was the colour.  Tantus sent me the copper shade, which was a pleasant surprise.  The copper shade is a warm desert tone with just a hint of sheen.  It’s a wonderful change from all the pinks and purples that are abundant in the world of sex toys.  The Destiny is also available in Purple  Haze. The burnished copper shade really sets the Destiny apart from my other toys and gives it an almost regal appearance. 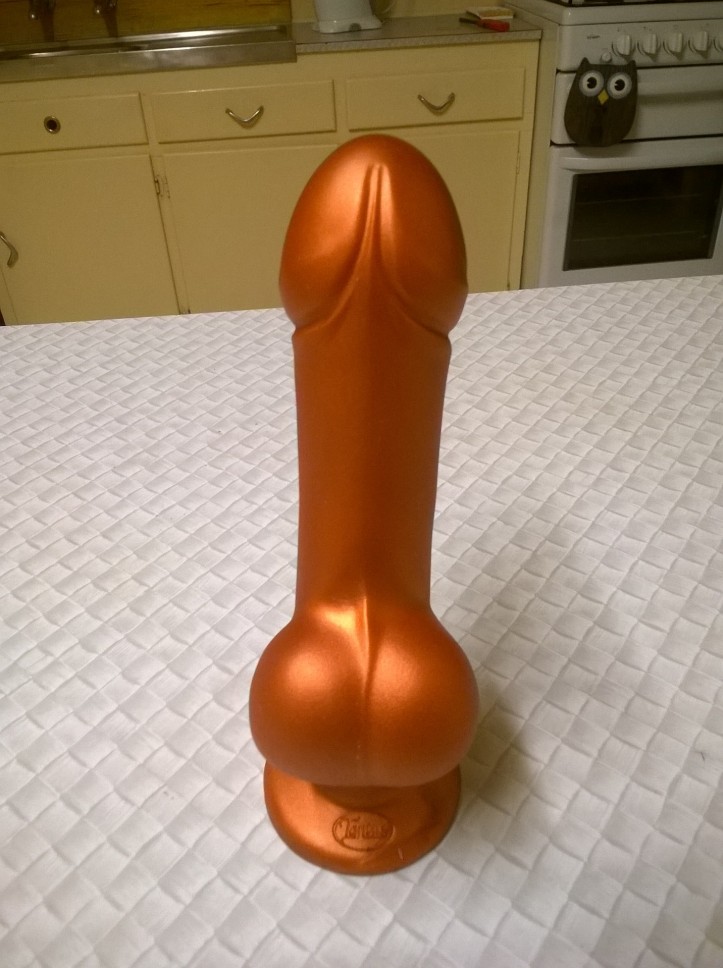 Now, those ‘realistic” features aren’t just for show.  Once I put this toy through it’s paces, I really came to appreciate how functional they were.  The ridged head felt incredible upon penetration.  When I experimented with some initial shallow thrusts, I could feel that ridge popping delightfully against the entrance of my vagina.  And once I got into some deeper play, the head worked my g spot perfectly.  The testicles felt lovely pressing against my perineum, and when I flipped the toy around I realised that they lined up just right with my clitoris.  The Destiny is so much more than a gorgeous toy, it is equipped with loads of stimulating features and potential for creative play. 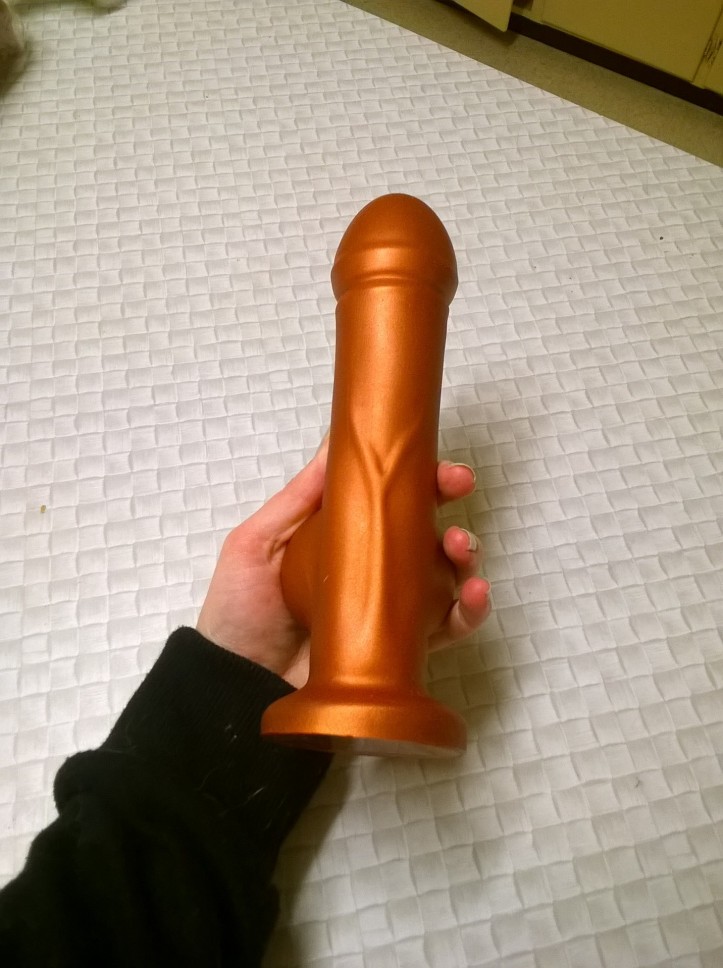 Now, I mentioned that the size of this toy was intimidating to me at first.  Well, it didn’t take me long to realise that the Destiny’s size wasn’t as scary as it first seemed. The Destiny clocks in at 4cm diameter, with 12.7 cm of insertable length.  Now, while that seems massive, the texture of the silicone makes this toy much more manageable than it appears.  The Super Soft material is delightfully squishy, and it sort of moulds to the shape of your body. There are no harsh edges or hard textures that hurt or make you feel stretched.  Because the toy is so wonderfully soft, I found it really easy to take. It has a similar softness to the ever-popular jelly toys, while still being firm enough to thrust with.

Unlike those jelly toys, which are usually porous and brimming with pthalates, The Destiny is made of 100% premium silicone.  This means that it is body safe, with no pores that can harbour germs and bacteria.  Silicone is very hygienic and super easy to clean.  You can wash it in the sink with mild soap, or for a deeper clean you can boil your toy or even pop it in the dishwasher.

There is really only one thing I didn’t love about the Destiny Super Soft, and that is the texture of the silicone.  The super soft silicone feels really tacky to the touch.  When I took the toy out of the packet, I thought that there must have been some residue on the toy, because it felt really sticky in my hand.  I have noticed that the tackiness goes away when the toy is wet or covered in lube, but as soon as I wash and dry it that unpleasant texture comes back. Unfortunately, this texture also makes the toy a lint magnet, attracting dust and bits of cat fur within moments of being cleaned.  While this isn’t a detrimental flaw, it is the one thing I would change about this toy if I could.