I have just finished season 6 of American Horror Story and I was completely blown away.  This season was so stylistically different from every incarnation of the show that has come before.  From the way it was presented, to the storytelling and the visual style, Roanoke was grittier, darker and more haunting than the last few seasons of AHS.  I also noticed that the costumes for this season were vastly different from what we’ve seen in the past couple of years from American Horror Story.  After the flash and panache of Freak Show and the vintage decadence of Hotel, Roanoke delivered a set of looks that seemed older, more careworn and somewhat grimier than it’s predecessors.  I thought I’d jump in and take a look at five characters from the series that I liked the most and create a look for each one of them. Starting with the baddest bitch of them all… 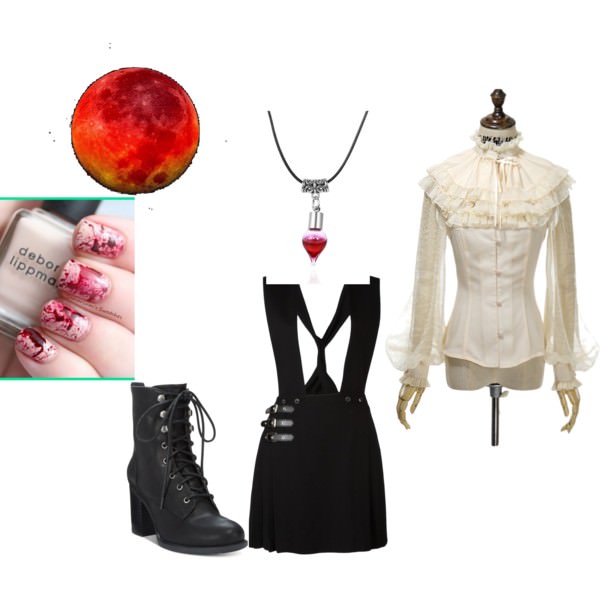 The Butcher was one of the most chilling villains AHS has produced.  She’s utterly brutal, single-minded and unconcerned about the prospect of getting blood under her fingernails.  Her look is utilitarian and harsh, with a few feminine flounces left behind from her former life as a proud lady of England.  Colours are muted and stark, boots are scuffed and accessories are few for this terror of the blood moon. 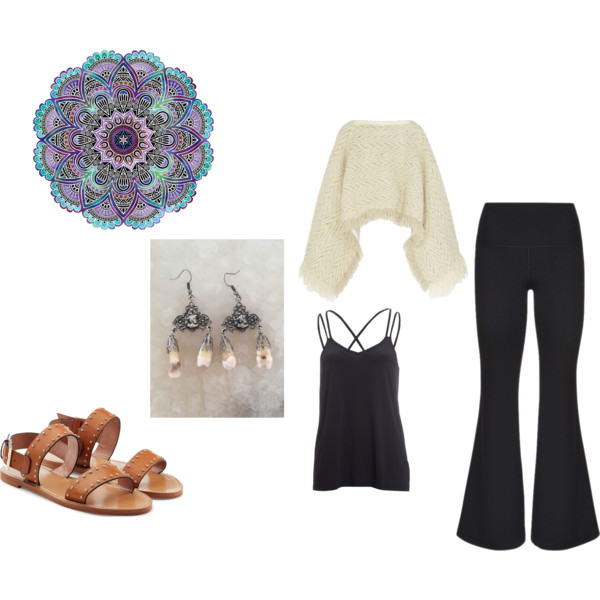 Shelby’s look is pure yoga chic.  Comfort is the name of the game, with relaxed cuts and breathable fabrics aplenty.  Choose a form-fitting tank top and yoga pants and layer over a poncho or wrap for adventures off your yoga mat.  Flat shoes are best to maintain contact with Mother Earth, especially if you find yourself traipsing through the woods.  Shelby doesn’t wear a lot of jewellery, but I couldn’t resist these molar earrings, which reminded me of one of the scenes that squicked me out the most. 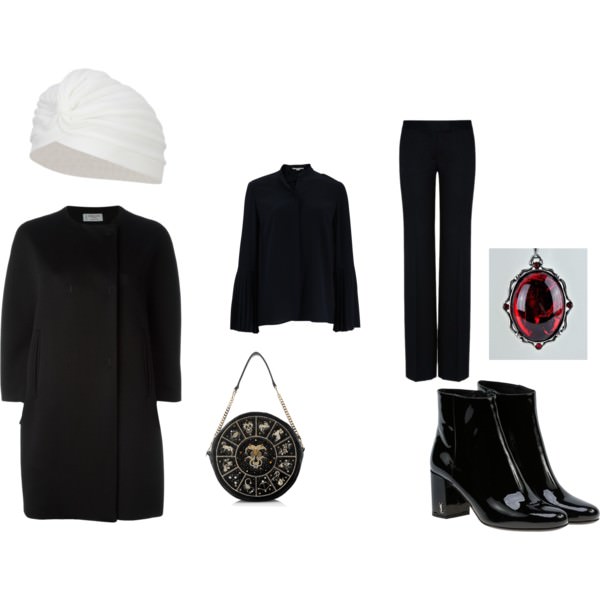 Cricket is the epitome of minimalism.  His monochrome look embodies dark colours and body cuts and the end result is striking and powerful.  I’ve added the barest of nods to Cricket’s psychic gift with this horoscope-themed bag.  The blood red pendant is the perfect reference to the blood moon, which is the most dangerous time for the inhabitants of the Roanoke house, as Cricket finds out.  Rather than copy Cricket’s white shag haircut, I recommend topping off the look with a mystical turban. 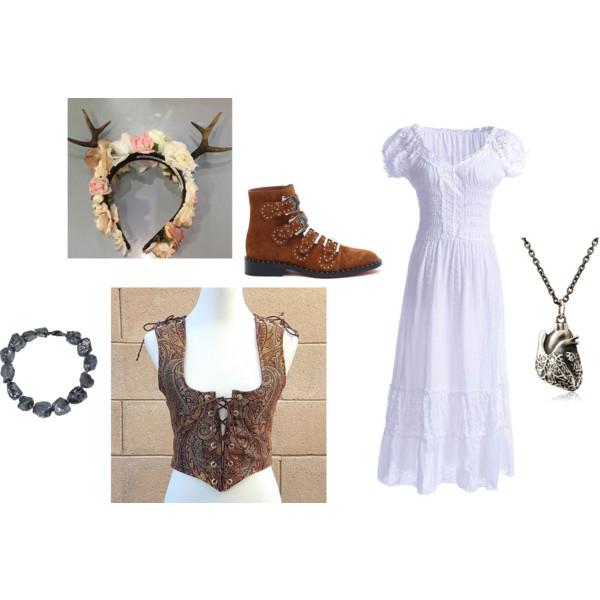 One of the more mysterious characters in the Horror Story universe, Scathach has an earthy, feminine style.  Her clothes are old fashioned cuts, remnants left from her life before she became the witch of the forest.  Earthy tones and natural materials are woven together to create a look that is both arresting and slightly sexy.  The corset lacings and bare decolletage are enticing, but the long skirts and boots keep the look grounded.  Scathach wouldn’t be complete without her crown of antlers, and a still-beating heart to offer her subjects. 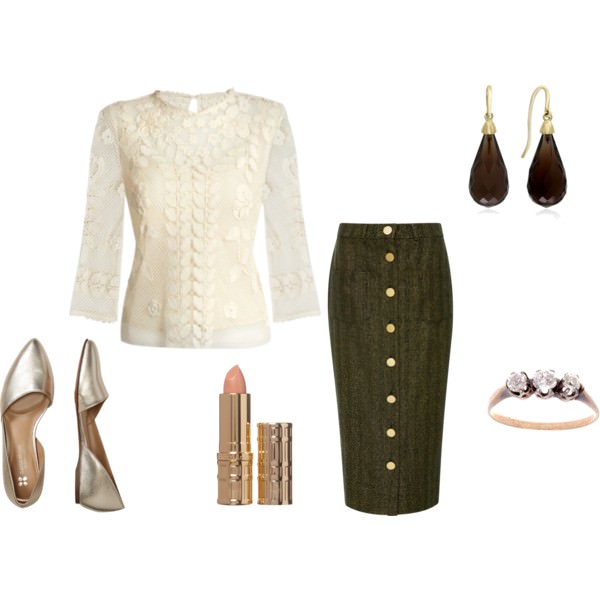 Audrey’s style is deeply romantic, with elements of 70’s vintage and Victorian era lace collars.  She tends to wear long lines, high necklines and sweeping sleeves and skirts.  Her makeup is minimal and shoes are pretty yet functional. She is utterly elegant, favouring drop earrings which show off her long neck and delicate features to perfection.  And of course, she wouldn’t even leave the horrors of the Polk farm without her wedding ring. What a romanic!
Have you watched Roanoke yet?  What did you think?  Did you have a favourite look from the series?
Psst!  If you liked this post, you may also be interested in checking out my AHS: Coven Style post.
Advertisement