One sweltering afternoon last month I stretched out on my loungeroom floor to watch Logan’s Run.  The 70’s sci-fi classic has been recommended to me so many times, that when I found a copy of the DVD at my local library I just had to check it out. There’s something quite special about 1970’s science fiction.  It was an era that had a real obsession with space-age costuming, and the outfits from this time always manage to look both futuristic and retro all at once.  There’s always this hint of disco-fabulousness mixed in with the shiny fabrics and eyes-forward cuts.
Another element that appealed to me was the monochrome styles in each “class” of costumes.  There are four different classes of people who live in Logan’s world and each one wears a very distinct colour palette.  I liked the idea of this kind of social uniform and the subtle differences between the styles of each.  I thought it would be fun to play around and create an outfit for each of the four classes shown in the movie. 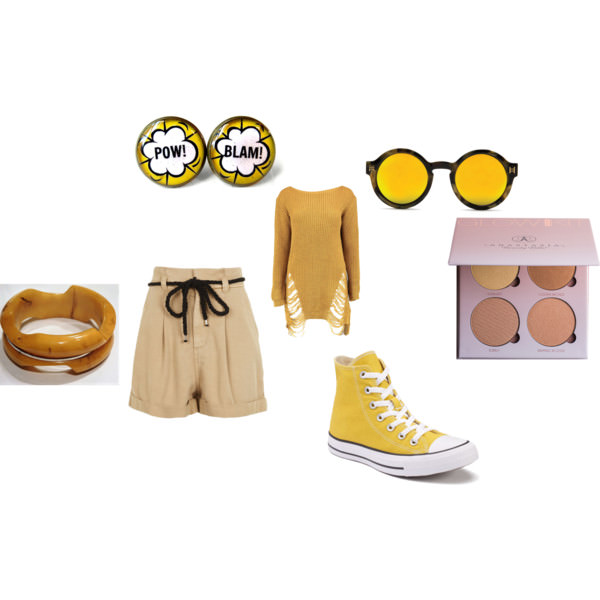 The cubs are the youngest of the four classes, all of them are aged under fifteen.  They wear a palette of yellow, mustard and brown.  These earthy, golden tones are so evocative of the 1970’s, when such bright colours were popular.  The Cubs’ clothes have a playful, childlike element to them, and tend to be somewhat distressed and  torn. 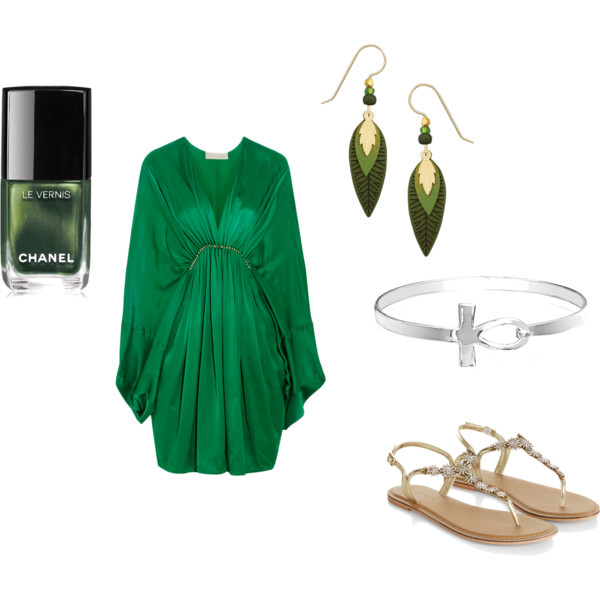 The character Jessica represents the next age group, loosely between the ages of  15-25 (this is not specifically defined in the film).  The citizens from this age group wear shades of green, and their outfits are more revealing than most.  Many of the citizens who are a part of this age group are preoccupied with sex and hedonism, and as such their outfits are the most overtly sexual of all.  Short skirts, transparent fabrics and bare limbs are hallmarks of the green-wearing youths.  Their outfits feature adornments and jewellery to highlight bare wrists and ankles.  Few members of this group wear an ankh charm, a symbol of the idealistic utopia of Sanctuary. 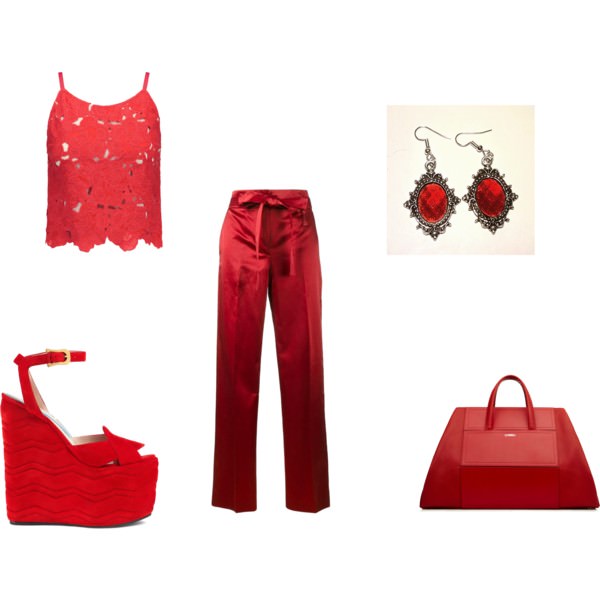 The eldest inhabitants of the city wear red, and their clothes are more mature than their younger counterparts.  Although still sexy and form-fitting, they tend to be less revealing than the greens.  Silky, slippery fabrics and gorgeous textures abound, as well as the ever present red life-timer: a jewel fixed into the palm of the hand which turns red upon your thirtieth birthday. 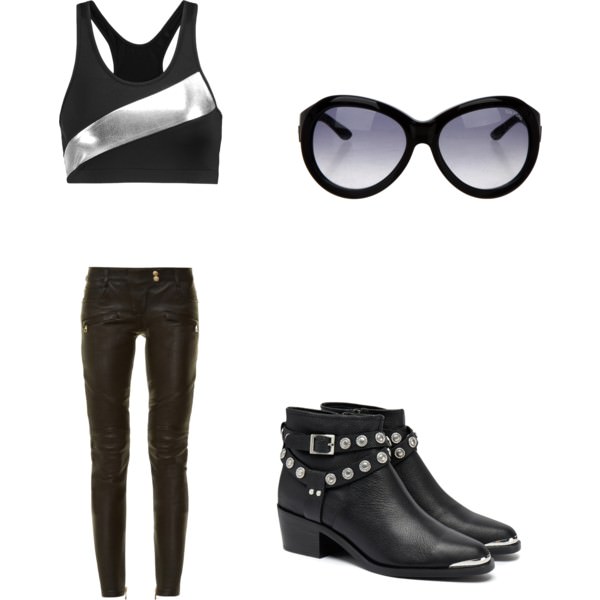 The Sandmen are the law enforcement, and it is their job to catch “Runners” who attempt to flee to avoid being killed once they turn 30.   The Sandmen wear minimalist, utilitarian outfits of black and silver.  The lines are sleek and smooth, fabrics are industrial and adornments are few.
As you can see, each category is distinct in palette and style, and yet all manage to look both retro and futuristic at the same time. This blending of elements makes the costumes from this film so appealing and visually striking.  Any of the uniforms is easy to replicate, and work into a modern-day outfit that evokes the sexuality and starkness of the film’s story.
Which outfit do you think you’d be most likely to wear?