I was pretty rapt with the Suicide Squad movie.  Even though the critics have kinda panned it, I really enjoyed the film. There can be no doubt that a huge part of my love for the film came from the presence of one of my favourite DC characters, Harley Quinn.  After seeing the film, I was so inspired by Harley’s awesome sense of style, and I wanted to dedicate a Style Icons post to the mad clown queen of Gotham City. 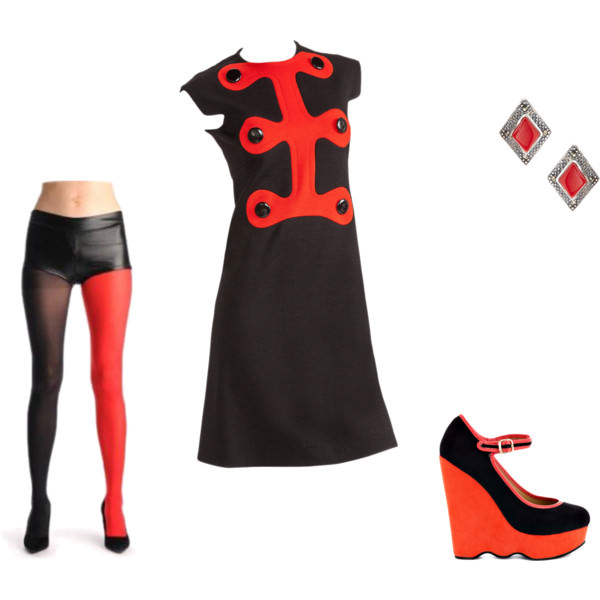 There can be little doubt that Harley is the queen of colour blocking.  She likes large panels of bold colour, usually in a half-and-half style.  Her favourite combos are red and black and blue and red with splashes of white thrown in for good measure.  Her two-tone look even extends to her hair, often worn in pigtails with dip-dyed tips for dramatic effect. 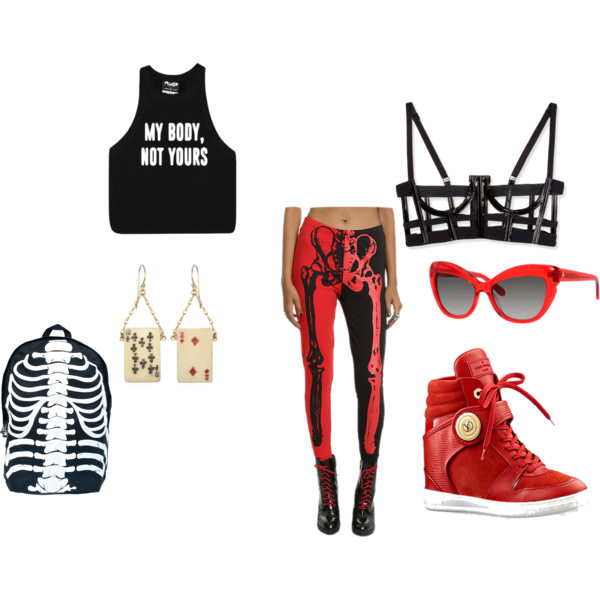 Harley’s outfits are usually form-fitting or scandalously brief.  She loves being the centre of attention so eye-grabbing pieces are a must.  But although you might want to touch, you’d better keep your mitts to yourself.  Harley’s relationship with The Joker is anything but open.  He keeps her on a tight reign, and while their relationship is pretty dysfunctional, there are also strong elements of dominance and submission present.  I really liked the way that bondage gear and winks to Harley’s BDsM relationship with Joker were woven into her costumes.  Her “Puddin” collar, ”Yes Sir” cuffs and “Property of Joker” bomber jacket all speak to her submission to Mr J. 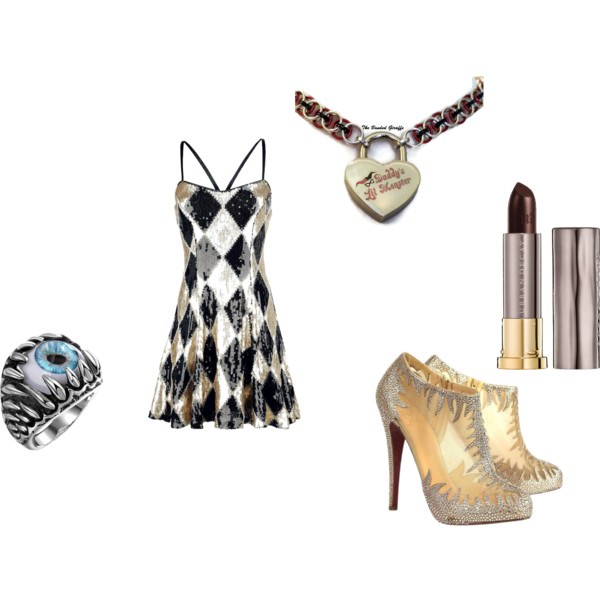 It’s the tiny details that are key to Harley’s outfits.  She particularly partial to diamond shapes, which harken back to her harlequin-inspired costume in the original cartoon.  Jagged edges and circus-goth finishings are also perfect for a girl who is more at home on a tightrope or aerial silks than with her feet firmly planted on the ground. 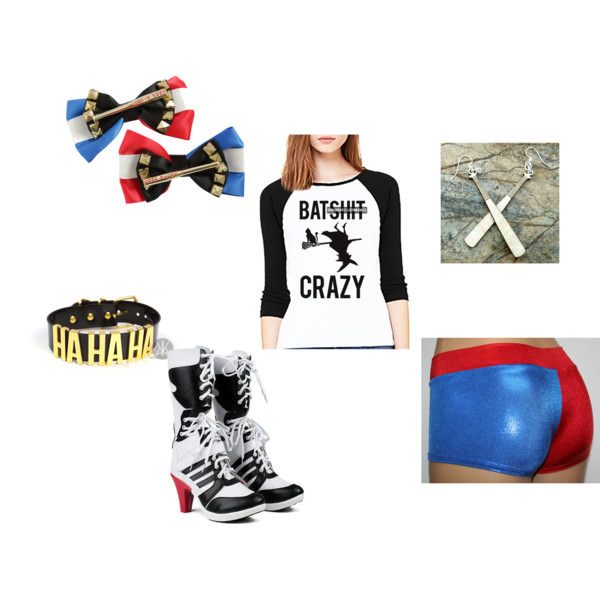 Interestingly, a large number of items in Harley’s wardrobe are inspired by sporting apparel. From her triple stripe sneaker stilettos to her baseball tees, Harley likes to blend a bit of activewear in with her outfits.  This possibly has to do with the fact that her weapon of choice is a baseball bat (when she’s not wielding her comically-huge mallet).  Harley likes to match her baseball jacket with teeny tiny shorts and a liberal application of bling.
I’m head over heels in love with Harley’s look, and it’s so tempting to sprinkle a bit of madcap circus-gal fun into your own wardrobe.  You could quite easily add a few small touches, or go for the full-shebang in two-toned gear, a collar and booty shorts.  It’s up to you how far you take the look, but once you get going, it’s hard not to go a little bit nuts.
Are you a fan of Harley’s look?  Which parts would you like to incorporate into your own wardrobe?