What’s new in my world?

Hello sweet blog reader.  I apologize most sincerely for going AWOL for the last couple of weeks.  But things have gone batshit crazy around here and I needed a bit of time to juggle all the awesomeness that I’ve been hit with.  But I haven’t forgotten you!  How could I ever?  Let’s grab a coffee and chill while I tell you about my latest adventures.

My job has been going brilliantly.  Last week I had my three-month performance evaluation and my bosses were very pleased with me and offered me a permanent position.  This was a huge weight off of my shoulders because I’ve been waiting for the other shoe to drop the whole time I’ve been at this job.  After my last job ended abruptly, I was a little paranoid that I wouldn’t last in my new position.  But after three months I’ve learned heaps, I’m constantly improving and I’m really enjoying my work.  The people I work with are dedicated and so lovely and it’s a really positive work environment.  I feel so blessed.

But it’s not all sunshine and roses.  Full time work is hard, y’know?  I feel like I’ve been pushing myself too hard to maintain all of my non-work commitments and it’s been wearing me down.  I’ve had bouts of exhaustion and depression when I’ve tried to cram too much into my days and ended up watering down my performance and enthusiasm.  I really need to take a step back and remind myself that I need to rest and that I can’t do all the things I used to when I worked part-time. 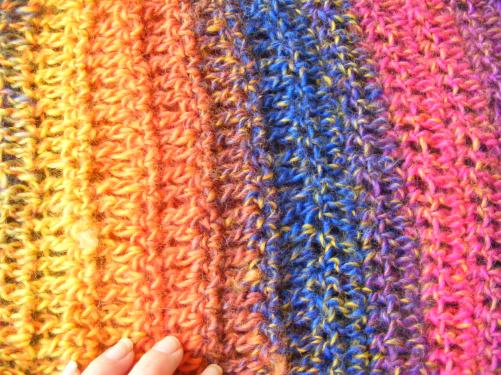 I’ve been balls-to-the-wall preparing for my very first craft fair stall.  I applied for a stall at a boutique market in town months ago, and I was so chuffed to receive confirmation that I’d have my very own spot at the Twig & Bloom market in Benalla.  I’ve wanted to try selling my goods at markets for a while now, and I feel so pleased that I’m taking the plunge and actually doing it.

Lemme tell you something: preparing for a craft fair is no walk in the park.  It’s hard, it’s time consuming and it requires a lot of creative energy.  There is a lot more involved than just making a lot of stuff and whacking price tags on it.  You have to plan out your stall setup and come up with a way of recording sales and marketing and pricing and stock management and all that jazz.  It’s gotten to the point where I’m just worn out with managing all of it.  Once this fair is over I’m going to take a huge break and just chill out and recharge.

Romance, polyamory and coming out.

So, I’ve mentioned before that I’ve been dating and exploring polyamory.  I still am and it’s going brilliantly.  I met an awesome couple who were looking for a woman to join their relationship and date them both.  We have been on many dates and I am totally smitten with them both.  We have loads in common and they are just such amazing people.  I am deeply attracted to them both and I’ve been having a total blast with them and I can’t wait to see where the future leads.

Polyamory was something I never gave much thought to, and admittedly when my beaus asked me out I was apprehensive.  I was very unsure how I would go in a three-way relationship.  Jealousy is something that’s been a problem for me in past relationships and I believed that I’d find it too difficult sharing my boyfriend with another woman, or that she might get jealous of me.  But y’know what? I haven’t felt jealous at all.  It’s amazing how I’ve begun to develop attachment and attraction in each relationship and how our relationship as a trio has grown.  It’s early days yet, but I think I’m onto something pretty special and I’m so excited about it.

This experience is also raising some difficulties for me.  For one, it has meant coming out as bisexual to my family and friends, which is quite confronting.  I’ve known for a long time that I’m attracted to women as well as men, but as I’ve never dated a woman before I never saw a reason to bring it up.  Having to tell my parents that I’m not only bisexual but that I’m dating both a man and a woman was hair-raising.  It’s been tough, but I think they’re getting used to the idea.  So many of my friends have been really supportive too which is awesome.  And I’m still figuring out if and how to tell the rest of my circle.  On the one hand I’m excited about my new relationship and I want to scream about it to anyone that will listen.  But on the other hand I know I’m going to face some opposition and I’m not feeling entirely strong enough to deal with that yet.

I let my geeky streak run wild last weekend when I went with my lovers to Supanova.  I met a lot of fantastic new friends and had fun shopping and geeking out.  I actually didn’t take any photographs to share this time around.  I was enjoying just being in the moment and not wanting to spoil the mood by whipping out my camera every few minutes.  I saw some awesome things, but by far the highlight was meeting George Takei!  We ran into him on our way out of the con and he was such a sweetheart.  It was a fantastic and laid back con and I had an absolute blast.

But enough about me, what have you been up to?