Every now and then I watch a film with s brilliant sense of style that lights a fire in my belly.  I find myself gazing at the screen, dreaming of recreating every outfit and drooling over the costume choices.  This was definitely the case with Hedwig and the Angry Inch.  Hedwig has such an incredible sense of style that I would love to copy.

Hedwig is the lead singer of a band, “The Angry Inch”.  Although her on-stage outfits are slightly showier than her day-to-day wardrobe, everything she puts on has a definite air of drama.  Her style is the perfect mish-mash of 70’s glam rock, Americana, punk and 90’s rave wear.  Every outfit is topped with a dramatic blonde wig, glittery blue eye shadow and the wettest red lips you’ve ever seen.

If, like me, you’re longing to steal a snipped of Hedwig’s sex-appeal for yourself, then you’re in luck. I’ve decided to devote an entire blog post to her look today to inspire you. 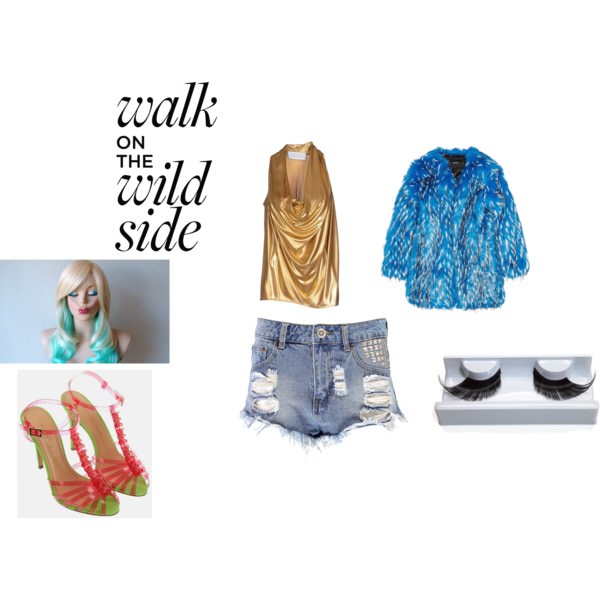 “Wild” is the best way to describe Hedwig’s wardrobe.   Everything is overtly sexual and there is always plenty of skin showing.  Hedwig likes to experiment with interesting necklines and there are loads of halter-necks, off-the-shoulder blouses and cowls in her collection.  Fur is also an absolute must, whether it’s a cape, a coat or a whole dress made of sewn-together wigs. 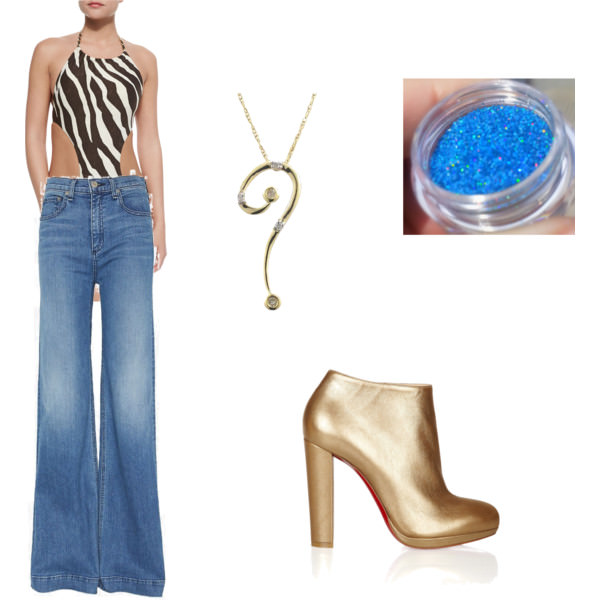 Bold prints are a cornerstone in Hedwig’s wardrobe.  Animal prints of all kinds make an appearance, as do tartans and pretty heart prints.  Don’t just stick to traditional tones, but break the mould with hot pink, gold and coral.  Try animal prints in an array of electric colours.  Hedwig is partial to a bit of heavy metal, and gold seems to be her favourite.  These gold high-heeled boots would be ideal for stomping around a Bilgewater Diner during a performance. 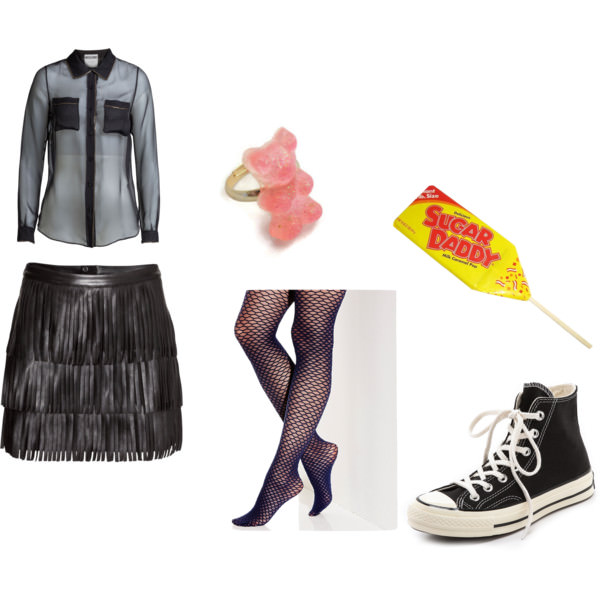 Texture and movement are key to creating an interesting on-stage look.  You have to imagine how you’re going to be seen by the audience when those bright lights hit you.  Hedwig chooses items with fringe, tassels and sequins for maximum effect when she gets shimmying on stage.  Although she usually wears heels and boots, her punk-rock sneakers also make an appearance.  I adore the “Sugar Daddy” scene where Hedwig prances around wearing a black fringed mini skirt, fishnets and a pair of black Converse hi-tops.  Textured tights are ideal for highlighting your gorgeous legs and adding a bit of punk-rock flair to your outfits. 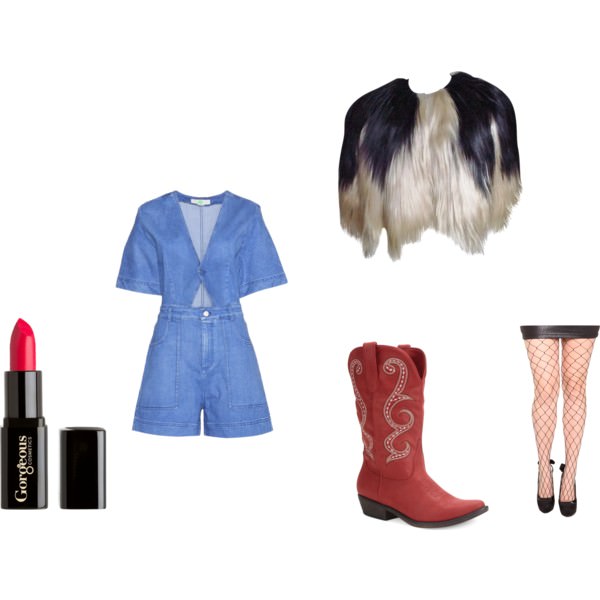 When building your Hedwig-inspired look, don’t forget to add some denim.  Whether it’s a pair of hip-hugging flares, some cheek-skimming hotpants or a fitted jumpsuit, denim is at the core of Hedwig’s wardrobe.  Denim is hard-wearing and great for rock tours, as well as being sexy as hell.
Have you seen Hedwig and the Angry Inch?  Were you as obsessed as I was about Hedwig’s wardrobe?
Advertisement