It only just occurred to me that I haven’t updated you on how I’m going with my new year’s resolutions for a while.  So here’s a recap of what I’ve accomplished in the last two months.

My resolution for June was to eat at a teppanyaki restaurant.  I’ve never tried teppanyaki but I adore Japanese food and it just looks like a really fun way to dine.

Unfortunately, I didn’t get to visit a teppanyaki restaurant in June.  I visited Melbourne in June right after my birthday and I considered going then, but it turned out to be a bit too pricey for me at the time. I would still like to make a date to try teppanyaki before the year is up.

However, I did take Luke (my new gentleman friend) to try Japanese food for the first time and it was a great success.  He was very adventurous and tried lots of different dishes and seemed to enjoy most of them.  He was particularly smitten with the wafu steak, and I had a go at cooking it at home one night.  My attempt was pretty delicious, but not nearly as good as what we had at the restaurant.

My July resolution was to buy nothing new for the whole month. 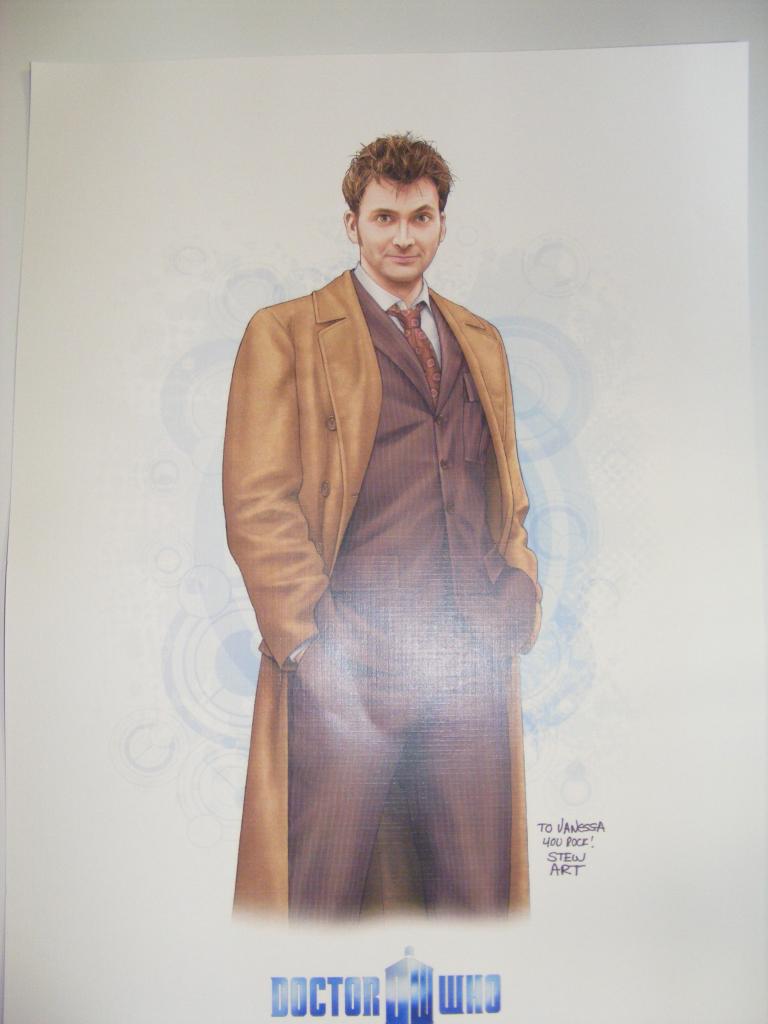 I fell down a bit when I visited Comic Con at the beginning of the month.  I just couldn’t resist snapping up this Dr Who print from Stewart McKenny.  But this was the only thing I purchased the whole time I was at the convention, which was very restrained of me.

Other than my gorgeous Doctor print, I was very well behaved with my spending for the rest of July.  I managed to keep my purse tightly closed and didn’t buy anything new.  I even managed to resist taking home a few treasures from the second hand shop when I went browsing with Mum.

So I managed to fulfull half of my resolutions for June and July, and there’s always time to catch up later in the year.

How are you going with your new year’s resolutions?