Today I’m teaming up with a number of my favourite bloggers for another outfit collaboration.  The theme for this post was “My Style Icon”.  I found this kind of tricky, because I am inspired by so many different people and characters.  I could list dozens of people, both real and imaginary, who have influenced my personal style.  So choosing just one was kind of tricky.  I decided to select a fictional character, who has had a profound influence on my style, but who I don’t think I’ve ever mentioned on my blog before.

That character is Penny Lane from Almost Famous, played by Kate Hudson.  Penny is a groupie, and her style is very sexy with a hippie feel.  There’s a good dose of rock-and-roll blended in there as well.  The film is set in the late 1970’s in America.  Although there are a huge range of vintage styles that I adore, I think that this late 70’s era is my favourite to emulate.  I feel very comfortable in jeans, peasant blouses and other folksy styles.  I love the relaxed and laid-back feel of this time.  This flowing, free-wheeling manner of dressing has a very sexy edge to it that really appeals to me.  There’s something so alluring about a peek of skin, bare shoulders, flowing hair and arms loaded with bangles.

I vividly remember watching Almost Famous for the first time and being drawn to the look of Penny Lane and the other Band Aids.  All of them were dressed in bright colours and sheer fabrics with a liberal amount of flesh showing through.  Their outfits always had a tactile element: feathers, fur, lace or beading which made it look as though they’d feel amazing if you were ever lucky enough to touch one of them.  The whole look was so fun and free, with a bit of a dress-up box feel to it.  You can imagine how that appealed to me!  At the time I was obsessed with Janis Joplin’s late 60’s fashions, but somehow these 70’s inspired looks were more my speed.  They had a sexier edge to them, and incorporated a lot more colour and fun elements that I loved.

For my own Penny Lane look, I borrowed heavily from the first outfit you see Penny wearing in the film.  It includes high-waisted jeans with massive flares (these ones are vintage 1970’s) and towering platforms.  She wears a little lace top and a delicate necklace.  Over the top of these, she has a huge fur-trimmed coat.  The one I’m wearing in these pictures belonged to my mother in the 1970’s.  She bought it when she was just 16 and gave it to me as a gift for my 16th birthday. 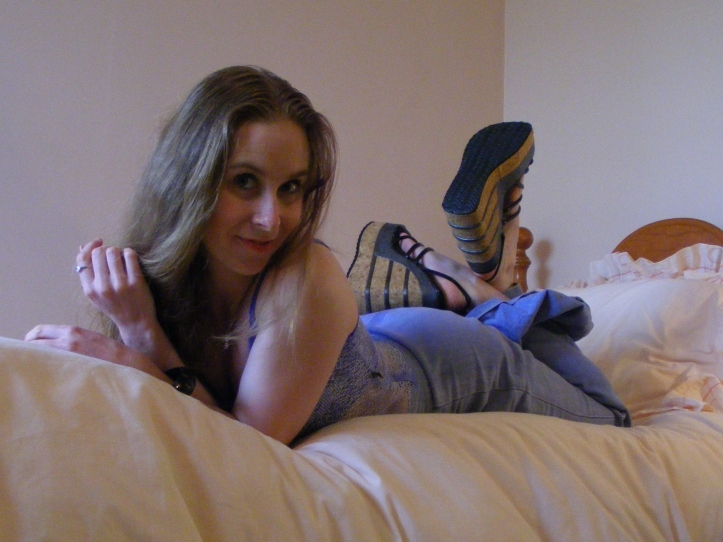 I decided that it was only fitting that I take my Penny Lane-inspired photographs on my bed.  I don’t think she’d have it any other way. 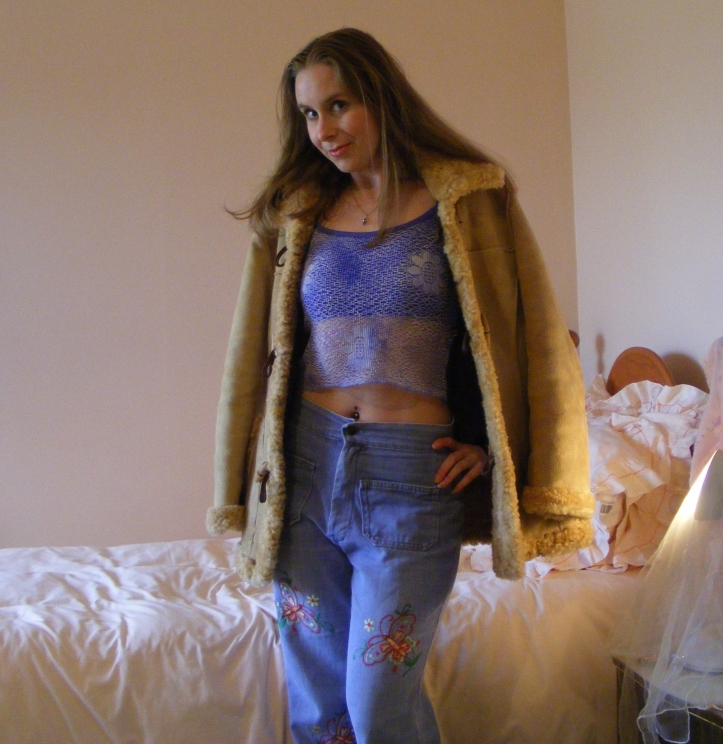 Even though I first watched Almost Famous more than ten years ago, I still find a lot of Penny-inspired elements in my wardrobe.  My love of bohemian and folk styles paired with jeans and cute skirts harks back to my teen years.  I also like to include tactile elements and rich colours in my outfits, which are a definite staple of Penny’s wardrobe. 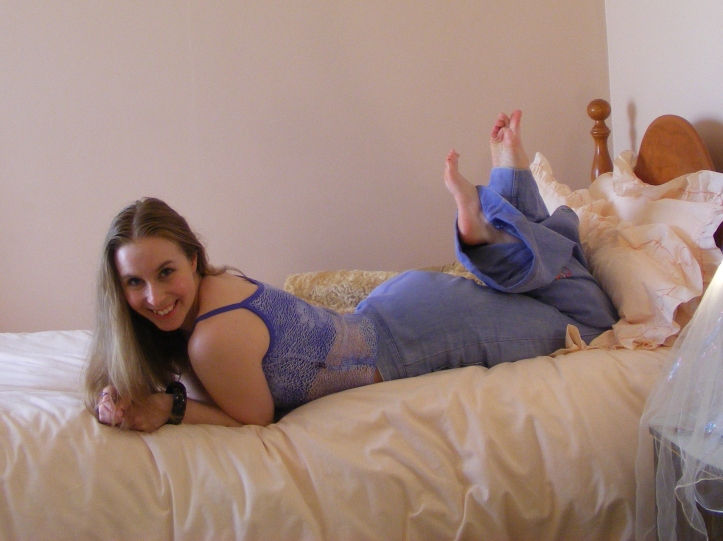 I also have several items in my wardrobe which are directly inspired by Penny, such as my sheer button-down blouses and my fuzzy cossack hat. 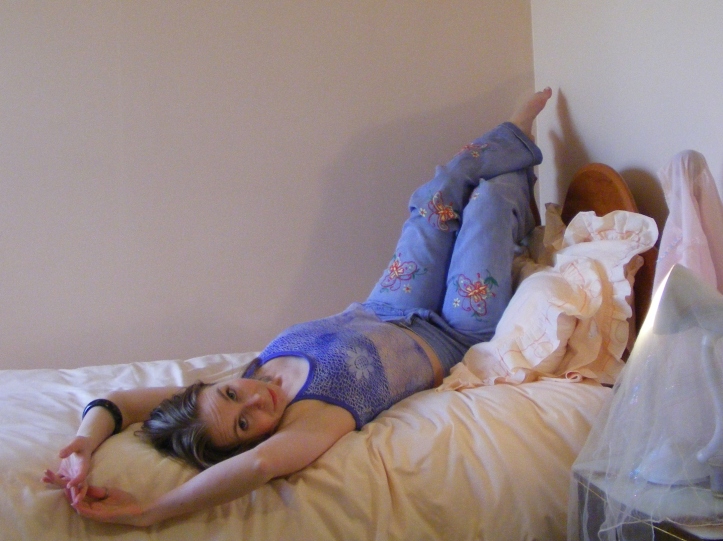 Don’t forget to check out the other bloggers who are participating in this link-up!

Who are your style icons?  How have they influenced your style?