Happy Thursday gorgeous reader!  I hope that you’ve had a fantastic week so far.  This week I’ve got a double-whammy post for you, in that Things I Love Thursday will also be accompanied by an outfit photo.  Yippee!

Last weekend when I was in the city I found two awesome items that were on my wardrobe wish-list.  I snapped up these velvet cropped pants for $10 and these incredible purple loafers for just $5.  I had to share this outfit with you, because I love it. 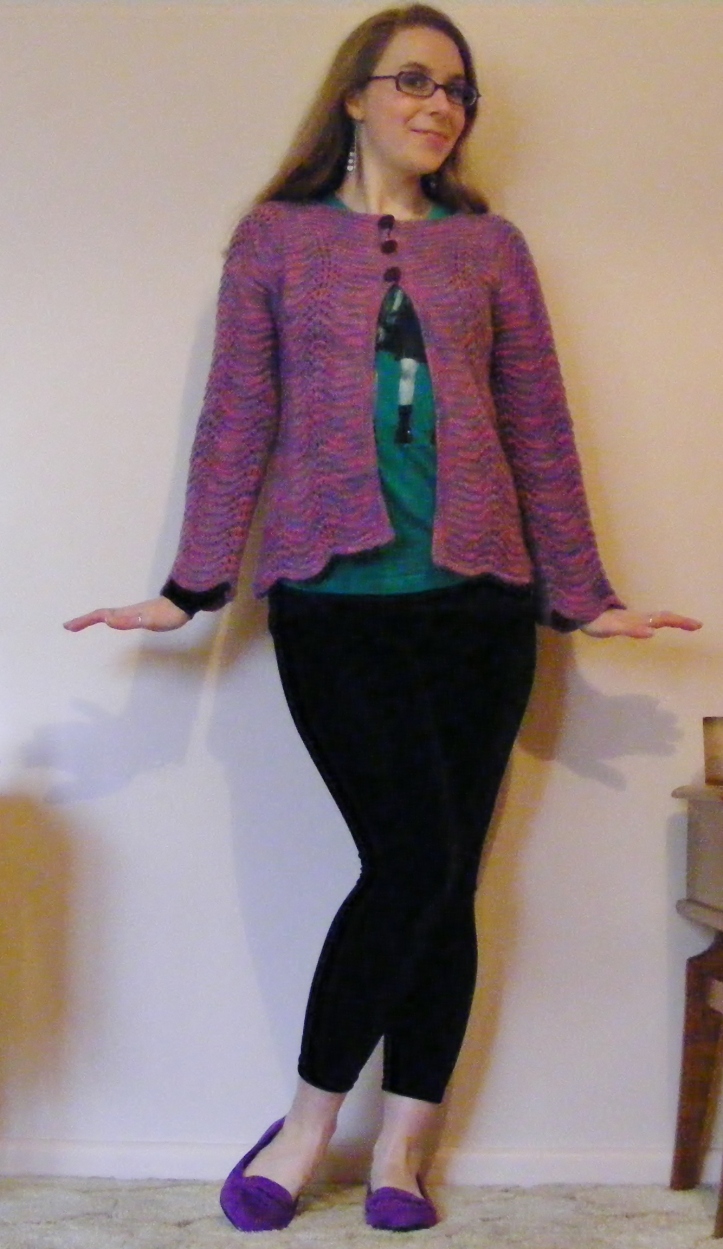 I wore this outfit to laze around the house and answer emails.  Then in the evening I swapped my cardi for a blazer and my loafers for motorcycle boots and took myself out for a pizza.

The other thing I love about this outfit is that it reminds me of the loafers-and-cropped-pants combo worn my Audrey Hepburn in Funny Face. Surely you remember the scene where she does her beatnik dance?

I did my own private re-enactment of that scene in my bedroom: 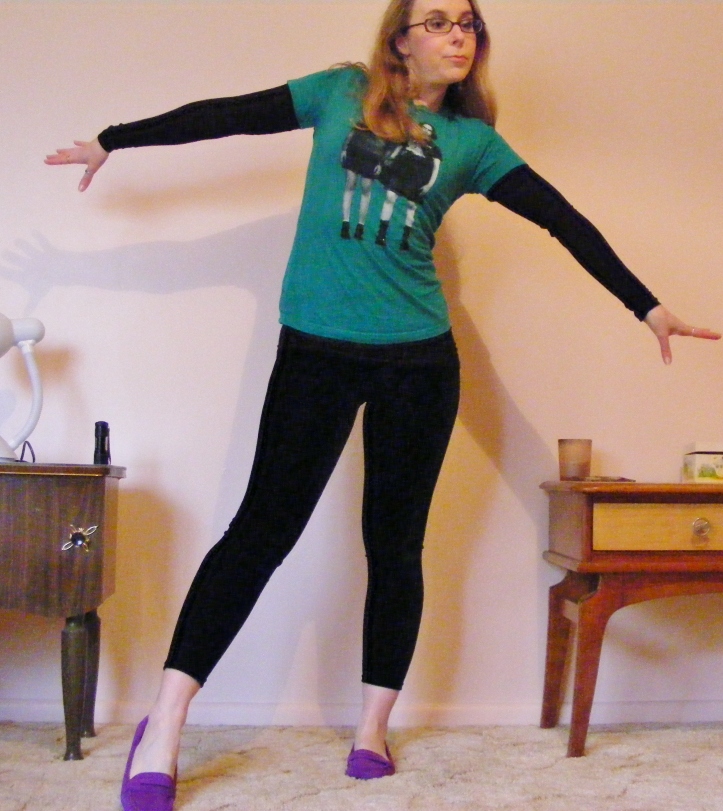 There’s nothing like a bit of nutty dancing to brighten up your day!

– Grey Gardens.  I watched the film Grey Gardens starring Drew Barrymore and Jessica Lange on the weekend, and I’m now obsessed with Little Edie.  I’m desperate to get my hands on a copy of the 1975 documentary, and I’ve ordered one from the library.  For those of you who don’t know what I’m talking about, Grey Gardens was a 1975 documentary about a mother and daughter: Edith Bouvier and Edith Bouvier Beale, also known as Big Edie and Little Edie.  They were the aunt and cousin of Jacqueline Bouvier, who became Jackie Kennedy.  The two women were ridiculously wealthy and lived in a mansion in the Hamptons called Grey Gardens.  When Big Edie’s husband died, he left them a trust fund which quickly ran out.  The two women lived in poverty, with no running water or heat while the house went to ruin around them.  Eventually Grey Gardens was condemned, and Jackie Onassis paid to have it restored.  In 1975 a film crew made a documentary following the day-to-day lives of Little Edie and Big Edie, who were incredibly eccentric and oddly stylish.  I can’t wait to watch the original documentary.  Here’s one of my favourite scenes:

– Tarot readings.  I used to be really into the study of tarot cards, but I lost interest in it a few years ago.  Last Tuesday I got my cards out again on a whim and did a reading.  It was loads of fun and very interesting.

-Rainbows after a sunshower.

– Wearing some of the vintage nightgowns I got last weekend to bed.  It makes me feel so much more glamorous than just wearing PJ pants and a jumper to go to sleep.

– Monsters University.  Pixar has really outdone themselves with that one.

– Learning about customising vintage clothing and coming up with ideas for restoring pieces I’ve found in op-shops.

What do you love this Thursday?  Leave your own list in the comments or send me a link to your Things I Love Thursday post.