Do you remember last year when I dressed up in full 1920’s regalia for the Murder on the Puffing Billy Express party?  No?  Well here’s a picture to refresh your memory: 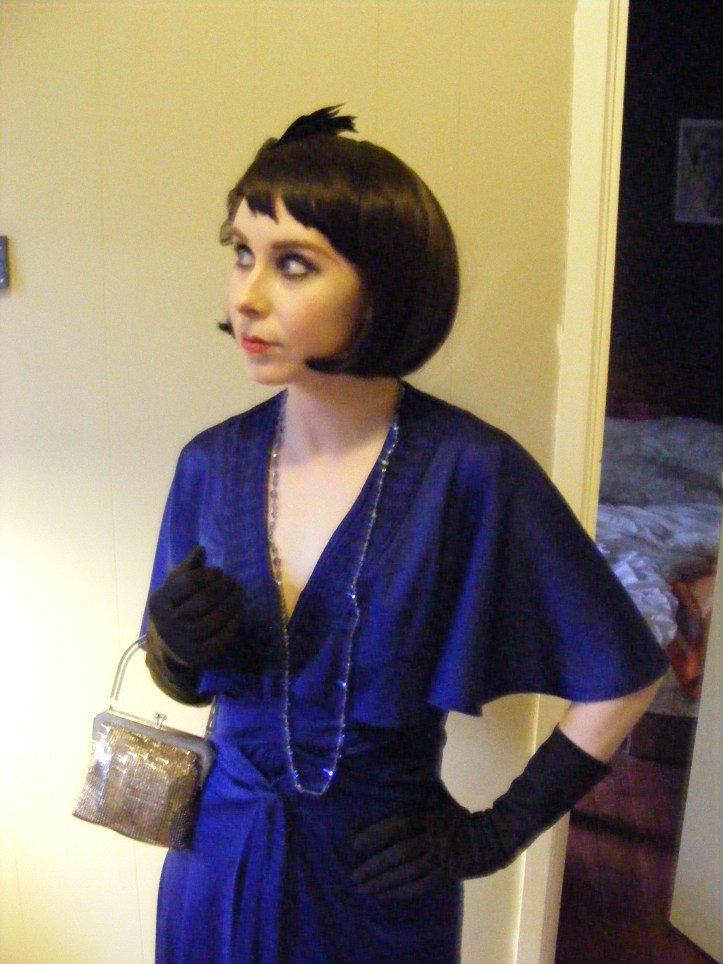 When I arrived in my outfit, my friend Katherine said, “You look exactly like Miss Fisher!” to which I replied, “Who?”

I now realise that there’s an awesome Aussie television show called Miss Fisher’s Murder Mysteries.  I began watching it last week and I’m smitten.  The show is lots of fun, but to me the best part is the costumes.  It’s set in the 1920’s in Melbourne and the costumes are to die for. In particular, Miss Fisher has an incredible collection of hats that I can’t get enough of.  Ever since I began watching I’ve developed a slight obsession with cloche hats.

Then, on Wednesday I was at the local department store when I came across a whole rack of clearance felt hats, which included several cloches.  The one I bought had been $50 but it was marked down to $28.  I couldn’t resist.

I had never really liked the way that cloches looked when I had long hair.  Now that my hair’s shorter, I felt that the time was right to give one a shot.  Last night I decided to curl my hair so that it would have a bit of bounce and shape under the hat.  I’m pretty pleased with how it turned out.

I’m now really eager to try this hat with a sleeker hairstyle, perhaps some finger-waves and a 20’s inspired bob.  I think it would also look great with the wig I wore for the Murder on the Puffing Billy Express party. 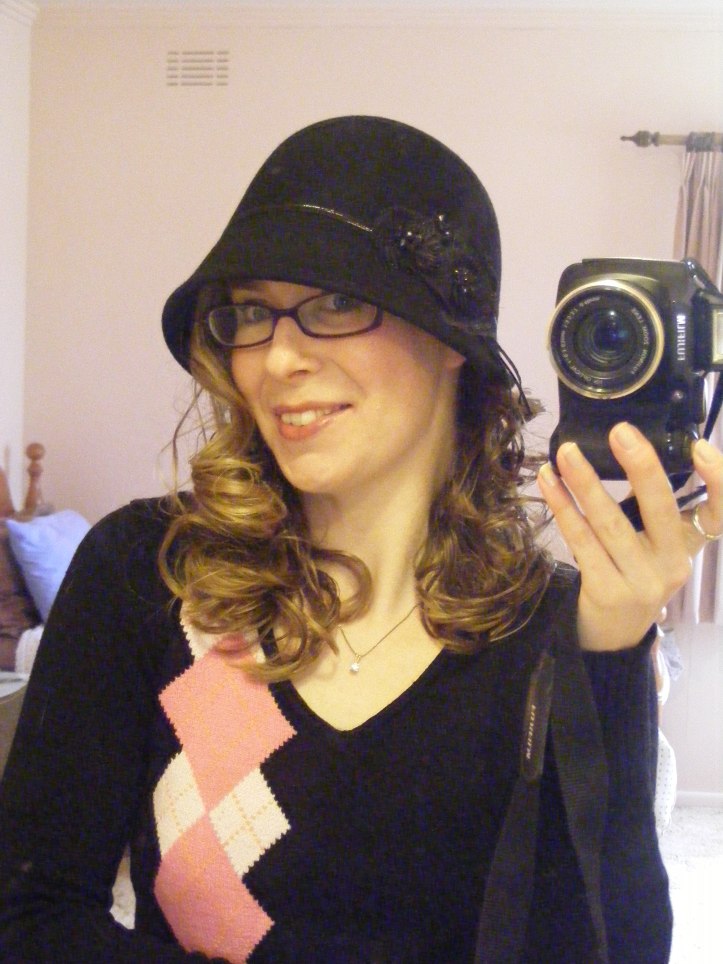 I wore this outfit to visit my Nana.  As soon as I walked through the door she said, “I love your hat, you remind me of Miss Fisher!”  I guess Nan and I are one the same page, sartorially speaking.