The Young Ones Style

In my teenage years, my favourite television program was The Young Ones.  I was introduced to it by my high-school bestie, and we used to spend entire weekends watching it.  Given that there are only twelve episodes of this comedy masterpiece, we re-watched the same episodes over and over.  It got to the point where I could practically recite slabs of dialogue from the show in my sleep.  But it didn’t matter because I loved it (and still do).

For those of you who have never have the pleasure of watching The Young Ones, here is a clip of one of my favourite scenes to get you warmed up:

Basically, the show is about four college students who share a house and get into hilarious predicaments.  The cornerstone of the show is the extreme differences in personalities between the four members of the group.  It occurred to me recently that in addition to different personalities, the characters also had vastly different wardrobes.  So I decided to pay tribute to my favourite T.V foursome by putting together an outfit in homage to each of them. 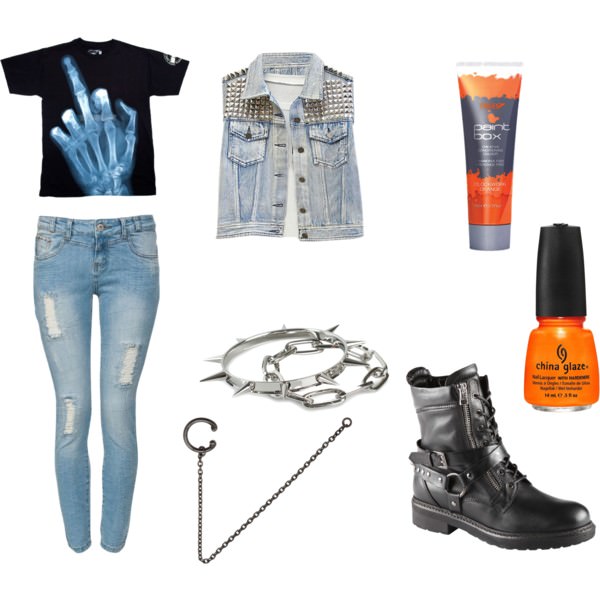 Vyvyan has always been my favourite of The Young Ones, for the obvious reasons.  He’s loud, he’s abrasive and he’s destructive.  And therefore, he’s the most hilarious to watch.  Whenever anything explodes in the house, it’s always Vyvyan’s fault.  Vyvyan has a classic 80’s punk look, with plenty of ripped denim, facial piercings and bright orange hair.  To copy his look, team ripped skinny jeans with a vest that’s studded with chains.  Add some battered motorcycle boots and bright orange nails to complete this rebellious ensemble. 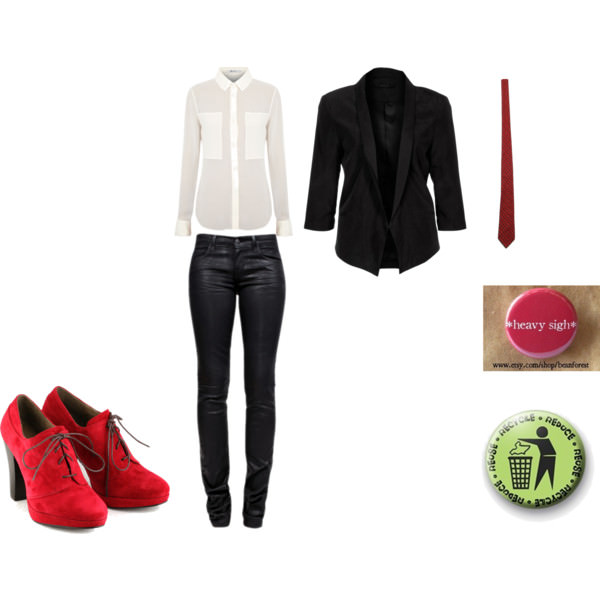 While Vyvyan was my favourite, Rick was always my least favourite.  He’s just so bloody annoying!  He’s what I call “fashionably political”, in that he is vocal about all the political causes that he supports, but doesn’t actually do anything towards accomplishing anything.  He prides himself on his dreadful poetry skills and generally causes a lot of grief for the other members of the household.  Rick’s outfits usually comprised black skinny leg jeans, bright red suede booties, and a buttoned-up-to-the-collar shirt.  Add a skinny tie and a smattering of political badges and you’ve got yourself a classic People’s Poet look. 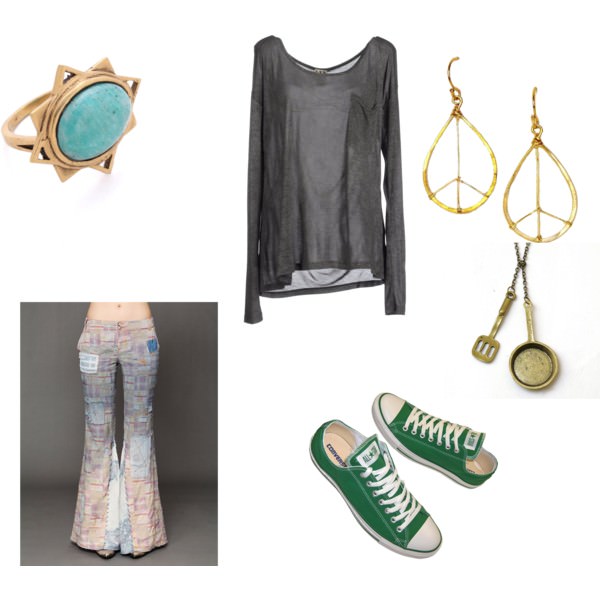 Neil was the pushover of the group.  He always got harangued into doing all the housework and cooking.  Neil was a hippie, and favoured earthy tones and fabrics. To get the look, grab yourself a pair of psychedelic flares and throw on a drapey long-sleeved top in blue, grey or brown.  Slip a pair of tennis shoes on your feet and finish off with some bohemian jewellery. 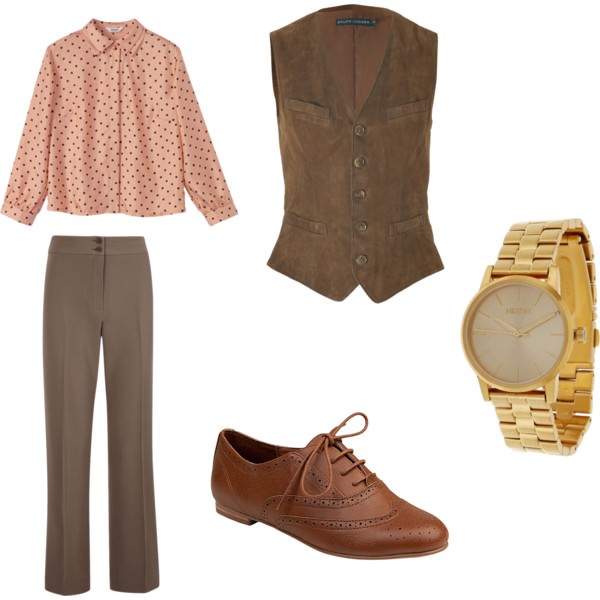 Mike was probably the most stylish of the four.  He was always kitted out in tailored, suave-looking separates.  In true 80’s style, his ensembles were usually various pastel shades, such as salmon, light blue or lemon.  He often wore gold jewellery and his hair was always perfectly combed.  Part of the reason that Mike was always so well put-together was that he considered himself something of a ladies’ man (although the fact that he never actually pulled any ladies didn’t deter his delusion).
Did you ever watch The Young Ones?  Who was your favourite?  Which of the characters do you think you’re most like?
Advertisement