A few weeks ago, I revisited Mystery Men.  It was one of my favorite films from my teenage years, but it still reduces me to giggles today.  Mystery Men falls into the category of “Movies that are so terrible, they’re actually great”.  It’s about a group of pseudo-superheroes with negligible powers who try to save Champion City after the real super hero- Captain Amazing- goes AWOL.  There’s  The Shoveller, who wields his shovel with deadly accuracy.  Mr Furious, a ticking-time bomb of rage.  The Blue Rajah is a fork-flinging dandy with a faux British accent.  They are joined by The Bowler (who strikes fear into the hearts of her opponents), The Spleen (a master of flatulence) and Invisible Boy (who’s only invisible when nobody is watching).  Although the film’s premise is thin, it has a stellar cast (including Hank Azaria, Janeane Garofalo, William H. Macy, Ben Stiller and Geoffrey Rush) and it’s hilariously funny.

As I watched Mystery Men last weekend, I was struck by how awesome it’s styling is.  The sets have a really gritty, comic-book feel to them.  Everything is exaggerated: the colours are brighter, proportions are warped and kitsch abounds.  The costumes are also fab, with a funky, electro-cum gothic look mixed with superhero elements.  There’s enough leather, platform boots and capes to outfit Harley Quinn for the rest of her villainous days.

Inspired by the fantastic costumes, I decided to put together a couple of outfits in the vein of some of my favorite Mystery Men characters. 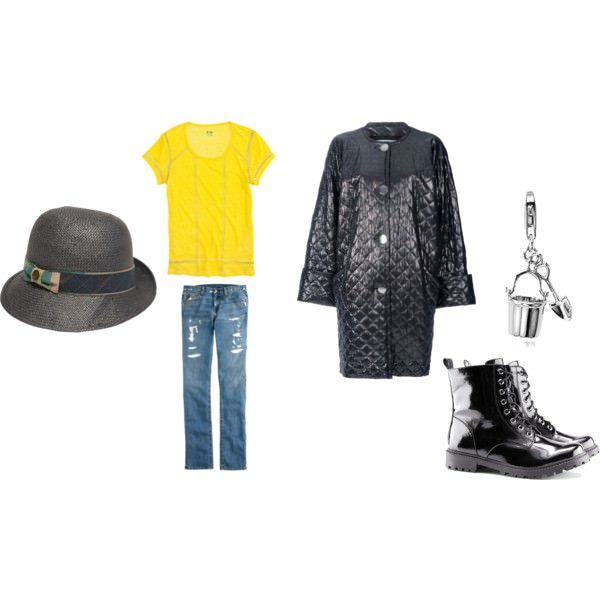 Mix industrial-inspired pieces with silver accents to capture the look of this working-class hero.  Choose distressed jeans and a bright yellow shirt, and team them with shiny work boots and high-visability outerwear.  Although it might be a bit OTT to wear a miner’s helmet in public, you can emulate the look by adding a cloche hat in shades of grey, black or brown. 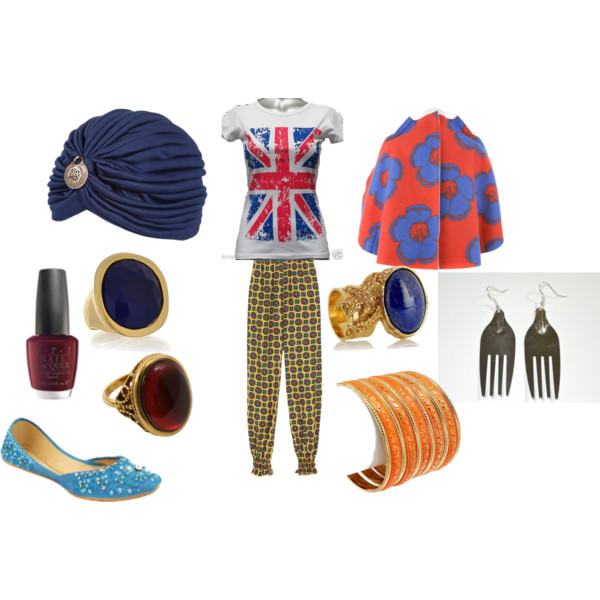 Copy the Rajah’s style by mixing and matching a hodge-podge of prints and colours.  Don’t worry too much if you don’t have a lot of blue in your outfit, the Blue Rajah isn’t too concerned about colour co-ordination.  Keep your clothes loose and billowy, and pop a cape over the top.  Layer on piles of bollywood-themed jewellery that will clink and clank as you move.  Finish off with a turban and an elaborate brooch. 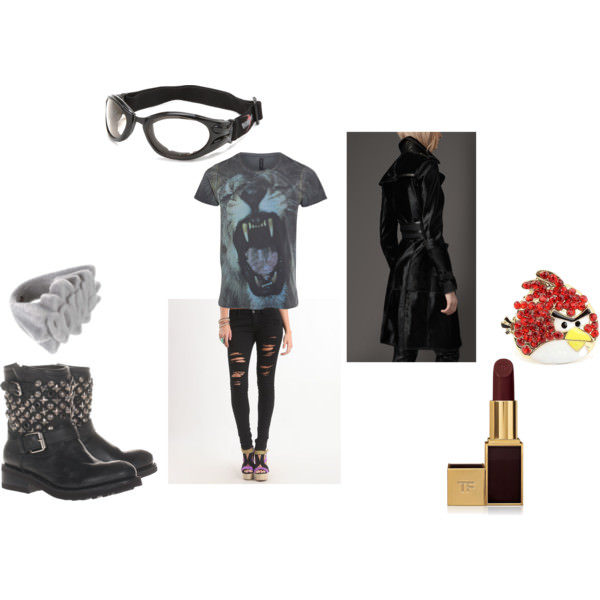 A veritable volcano of rage, Mr Furious chooses to wear his anger on his sleeve.  He pairs rough-and-tumble separates to create a look that screams “Don’t mess with me”.  Start with ripped jeans and an awesome printed tee in shades of black.  Make sure that you wear the toughest, spikiest biker-boots you can find (perfect for riding on your motorcycle, whether it’s a Harley or just Harley compatible).  Finish the look with a dangerous-looking leather coat. 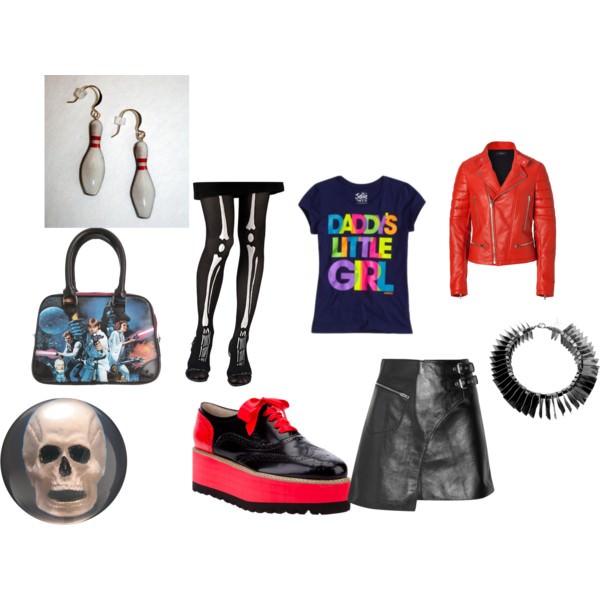 The Bowler likes to trick herself out in funky, punky pieces.  Leather skirts and printed tights are part of her regular wardrobe.  Don’t forget to include a pair of flat-form bowling shoes and an awesome bag for schlepping around your enchanted bowling ball.  Don’t worry, she wasn’t the one to put her father’s skull into that ball- the guy at the pro-shop did it. 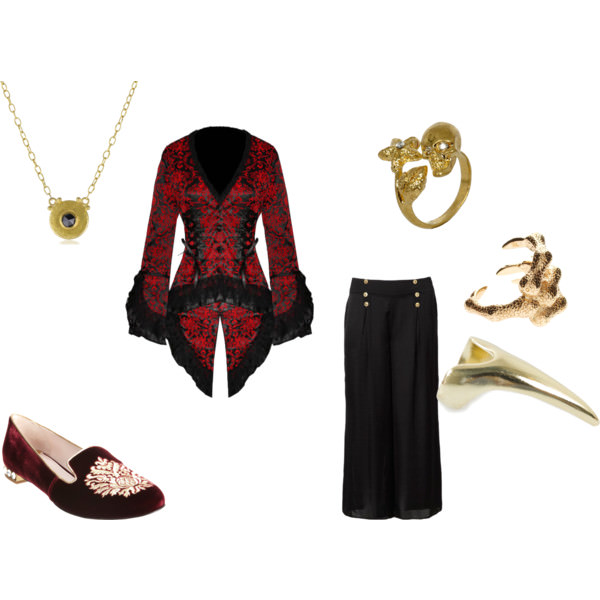 You can’t have a super-hero movie without an awesome super-villain.  Casanova understands that while most men are born to be either a lover or a fighter, he just happens to be both.  A creature of comfort, he prefers to outfit himself in luxurious pieces in decadent fabrics like silk and velvet.  Rich, jewel tones are a prominent feature in his wardrobe.  Cap off your outfit with a pair of velvet smoking slippers and some deadly gold rings.
Have you seen Mystery Men?  Who is your favorite character?
Advertisement