Happy Thursday to you all!  Here’s hoping that you’ve recovered from the chocolate hangovers that usually comes with Easter and that you’ve found plenty of things to love this week.  I’ve got a mammoth list for you this Thursday, with all manner of things: from family to drunk guys on youtube.  So let’s get started with some outfit pictures:

Earlier in the year, my friend Mandie put together an outfit for me using this vintage slip as a shirt.  I have been itching to try this again, because it looked really pretty with a black bra underneath and some boho bling.  That’s why you should get a friend to go through your wardrobe every now and again.  They’ll come up with ideas for new ways to wear things that you just never would have thought of.

– Catching up for quality time with my Dad.  We hung out and watched Harry Potter and the Deathly Hallows Part 2 the other night, and it was so much fun.  He even made me supper afterwards.  What a gem!

– Reminiscing about toys I had when I was little.  A friend and I had a deep conversation about My Little Ponies on the weekend, and I wound up doing a huge internet search trying to remember which ponies I had.  After extensive research, I found out the ponies I owned were called Twisty Tail, Caramel Crunch, Beach Ball and Molasses.

– This video of a thief breaking into a convenience store.  It’s hilarious for a number of reasons.  Firstly, he’s wildly inept at breaking and entering.  Secondly, he falls over a lot.  Mostly because I adore creative swearing and I’ve never heard anyone scream out “Bob Saget!” instead of “Goddamnit!”

– Gotye’s “Somebody I used to know”.  This song has been haunting me this week. 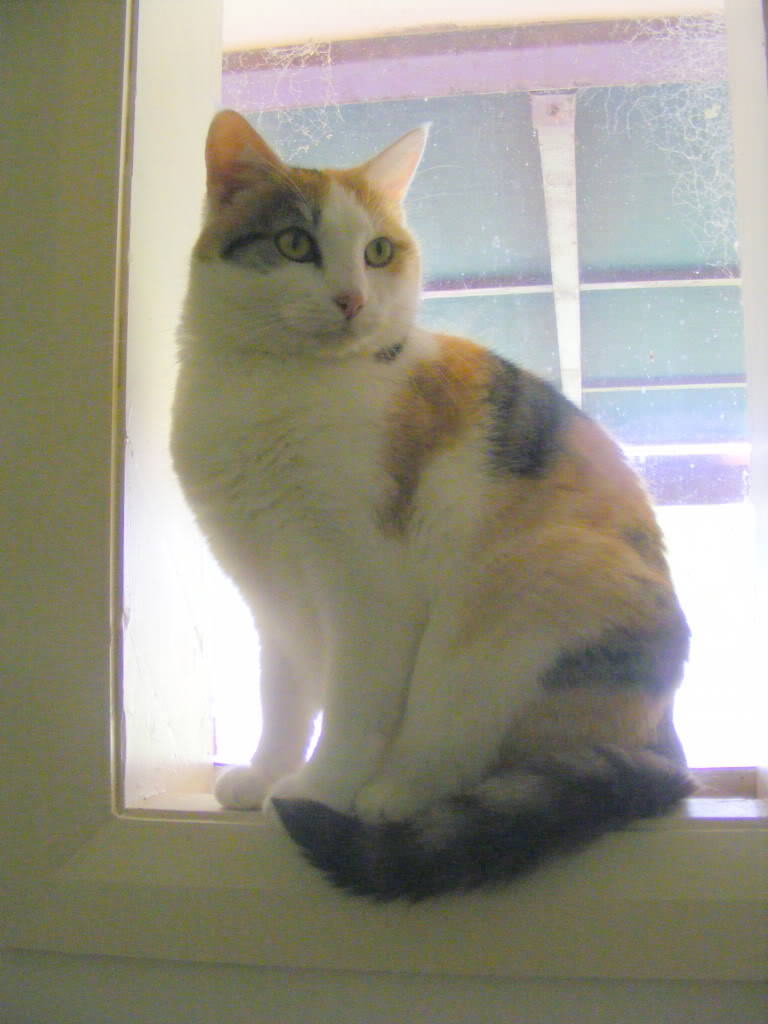 Now that the weather is getting colder, she’s seeking out sunshine wherever she can find it.

– My mother’s raspberry and coconut cake.

– This video of the new Star Wars Kinect game.  The game features an intergalactic dance-off, featuring reproduced versions of popular songs, and all your favorite Star Wars characters.  Some fans hate it, some think it’s downright offensive.  I think it’s kick-ass.  I’m a big fan of the Han Solo/ Lando dance-off.  I’ve been doing these dance moves all weekend.  Almost as good is this video of Vader and Palpatine dancing.  I never thought I’d see the day…

-Putting an extra blanket on the bed and turning on the electric blanket for the first time this year.

What do you love this week?  C’mon, sweetheart, ‘fess up!