I’m back again with another consumption post, where I share what I’ve been watching, reading and using up this month. You might have noticed that there was no consumption post for January. I must apologise for this, but with all the moving and faffing about I just didn’t get around to it. Never mind though, because this month, I’ve got loads of books, movies and products to share with you.

Whip It: It’s true that I only watched this a month or so ago, but Ross had never seen it and I needed something mindless to watch while I did the ironing. This movie kicks serious butt.

The 5th Element: can you believe that I watched this for the first time this month. I adored it, from the costumes to the futuristic setting. Did you know that all the costumes in The Fifth Element were designed by Jean Paul Gaultier? They blew my mind.

Extract: A random comedy starring Jason Bateman and Mila Kunis. I had low hopes for this film, but it actually wound up being much better than I expected.

The Help: It’s been a very long while since I watched a film that I’ve adored as much as this. The Help is incredibly moving and full of heart. It tells the story of a young writer in Mississippi in the 1960’s who sets out to write a book of interviews with several African American housemaids. The Help has an amazing cast and is a fab film. I watched it twice in three days.

The Queen: Helen Mirren never ceases to amaze me. The Queen chronicles the struggles of the British royal family in the wake of Princess Diana’s untimely death.

Rear Window: Although I’ve seen a million parodies of this film, I’ve never seen the original. I was hooked from the opening credits to the very end. It’s worth watching just for Grace Kelly’s floaty dresses, and the gripping plot.

Angels and Demons: This film was pretty good. I didn’t enjoy it quite as much as I liked the Da Vinci Code, but it was a good thriller. I thought that the book was much better though.

Tin Tin: I was never a big Tin Tin fan as a kid, so I wasn’t sure whether I would enjoy this or not. However, I walked out of the cinema with a massive smile on my face. The animation is fantastic, the storyline is funny and engaging and the characters have so much personality. Tin Tin is a thrilling adventure, which is perfect for big and little kids.

Persepolis: The art-house film tells the true story of Marjane Satrapi, an Iranian-born woman who flees to Vienna to escape the violence and danger in her home country. Beautifully rendered and heartbreaking, with plenty of comic relief. A truly gorgeous film.

The Aviator: I hired this because I had heard that Gwen Stefani makes a brief cameo as Jean Harlowe. The appearance of my pop idol was brilliant, as was most of the film. The Aviator is about Howard Huges, an eccentric aviation enthusiast and film director. It was interesting, although incredibly strange in parts. One of the highlights for me was seeing Cate Blanchett in a fantastic portrayal of Katherine Hepburn.

Cleopatra: This is worth seeing for the costumes alone. Elizabeth Taylor is breathtakingly beautiful in this Hollywood epic. Be warned though- this film is incredibly long- running for nearly four hours. You’ll need an intermission! 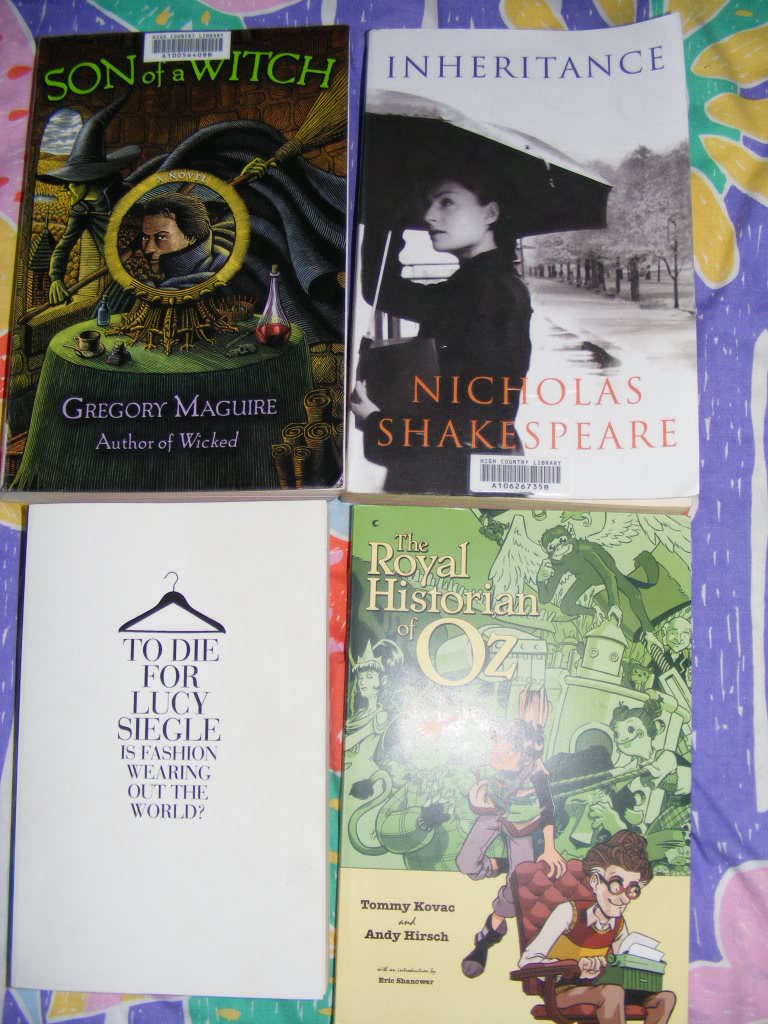 To Die For: Is Fashion Wearing Out the World? by Lucy Siegel: A fascinating look at the impact the fashion industry is having on our environment, and what can be done to lessen the blow.

The Royal Historian of Oz by Tommy Kovak and Andy Hirsch: a really sweet graphic novel about the son of an Oz-obsessed writer, who is sucked into the magical world by accident. A fun read with brilliant illustrations.

Son of a Witch by Gregory Maguire: This is the sequel to Wicked, and it did not disappoint. Set after the Witch of the West is killed, Son of a Witch follows her son, Liir, in his quest to find out who he really is. A must-read for Oz fans.

Making Rounds with Oscar by David Dosa: My mother loaned me this book, which is about a cat who lives in a nursing home. Oscar has an uncanny talent for being able to sense when a patient is about to die, and sits with them in their final hours. This book was incredibly sad and a bit depressing. It had an uplifting message, but I found it mostly upsetting.

Inheritance by Nicholas Shakespeare: This book started off really well, but I got bored half-way through and didn’t even finish it. A man accidentally inherits 17 million dollars after stumbling into the funeral of a man he didn’t even know. Although the story is promising, it gets a bit rambling after about a hundred and fifty pages.

Products I used up 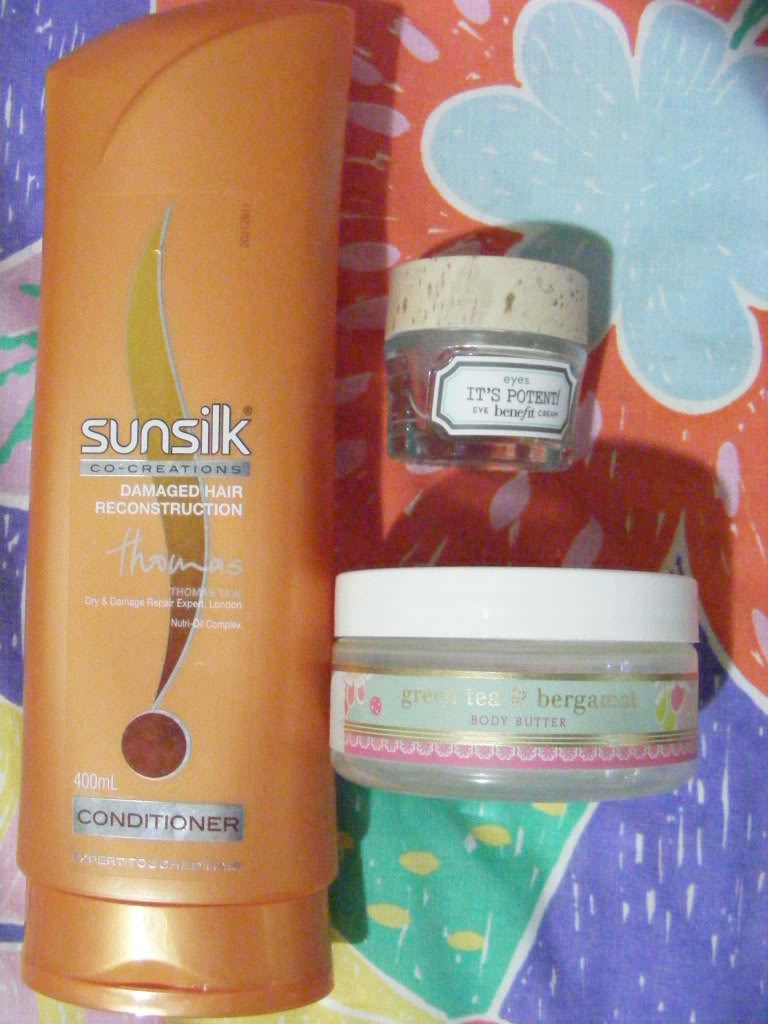 Sunsilk conditioner for damaged hair reconstruction: this conditioner worked wonders on my dry summer hair. It really nourished my strands and left them silky once more. As an added bonus, it smelled divine.

Benefit It’s Potent eye cream: I wrote a full review of this cream earlier in the year. I was pretty darn impressed with it’s restorative properties.

Bloom green tea and bergamot body butter: This fresh-smelling body butter is one of the richest I’ve ever used. A little goes a long way, and a dab is all you need to transform scaly skin into a satiny dream.

What have you been reading, watching and using this last month?