Now, I’ve finally gotten my computer all straightened out, so I’m able to show you some of the photos of our big move.

Last Saturday, I said goodbye to Melbourne for a good long while.  Ross has bought a house in our hometown of Benalla, in rural Victoria, and Saturday was our official moving day.  We packed a teetering mound of my stuff into the car, piled the kitties into travel cages and started the long drive to our new home.

It was a stinking hot day.  I don’t think we could have picked a worse day for lugging about boxes and bags.  I was really worried about taking the cats for such a long drive in the heat, especially seeing as how the air conditioning in Ross’s car is negligible..  Luckily, Ross’s Mum was kind enough to loan us her car for the day, so the cats could travel in comfort. 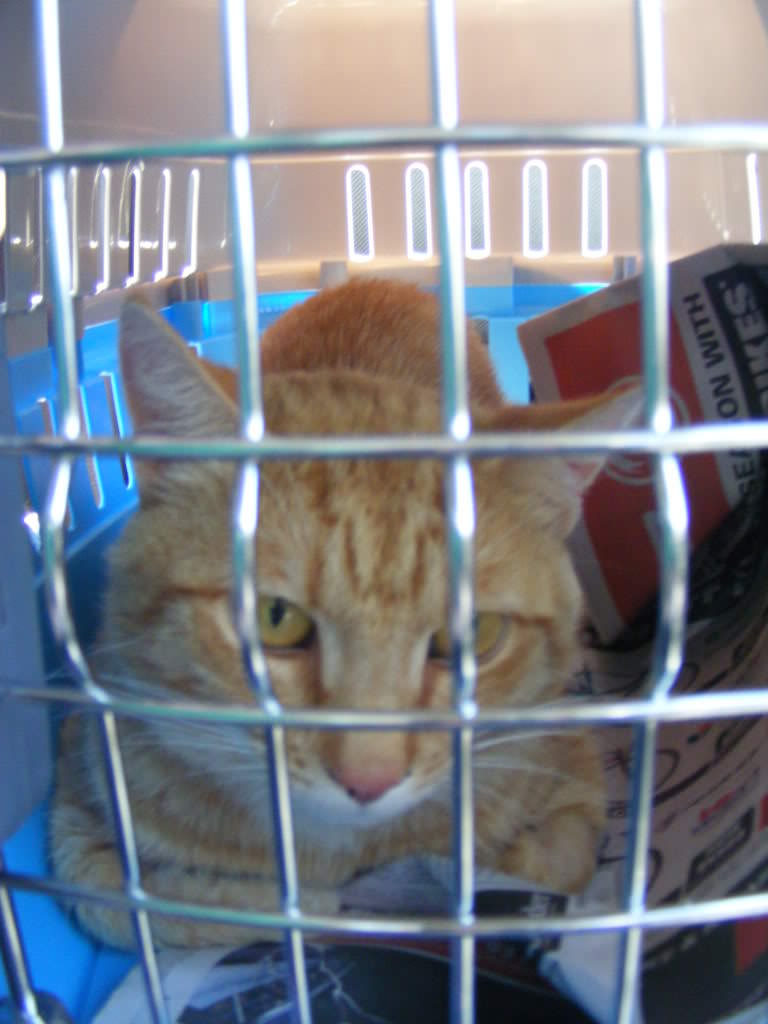 I was most worried about Ringo on the trip.  Ringo has only been in the car once before, and that was to go to the vet to be neutered, so he wasn’t keen to go for another ride.  After a small car sickness fake-out, be settled down and sat happily for most of the trip.  I was shocked that he was so well behaved.  Once we arrived in our new house, he leaped out of his carrier and hid in a cupboard for several hours. 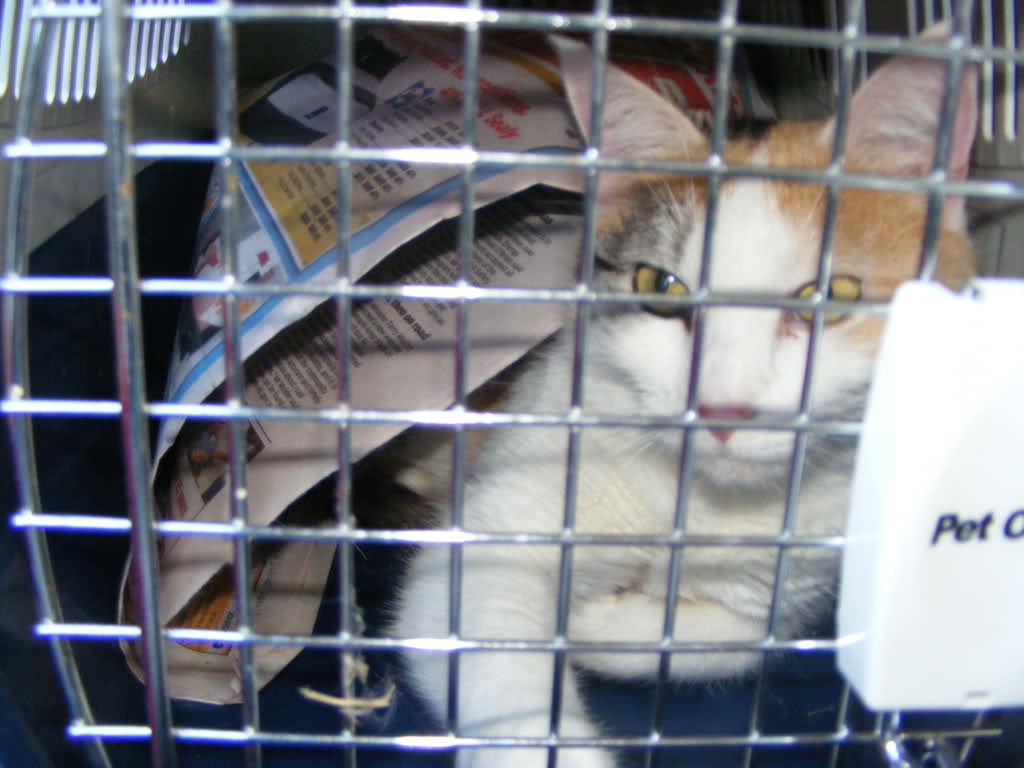 Jellylorum was a superstar in the car.  She settled down pretty quickly, and we barely heard a peep out of her.  She only started mewing when we went through the drive-through at McDonalds.  I think she was trying to place her order.  She covered herself over with her newspaper and slept for most of the trip.  She’s had no trouble settling into the new house.  After about an hour of sniffing everything, she decided she loved the new place. 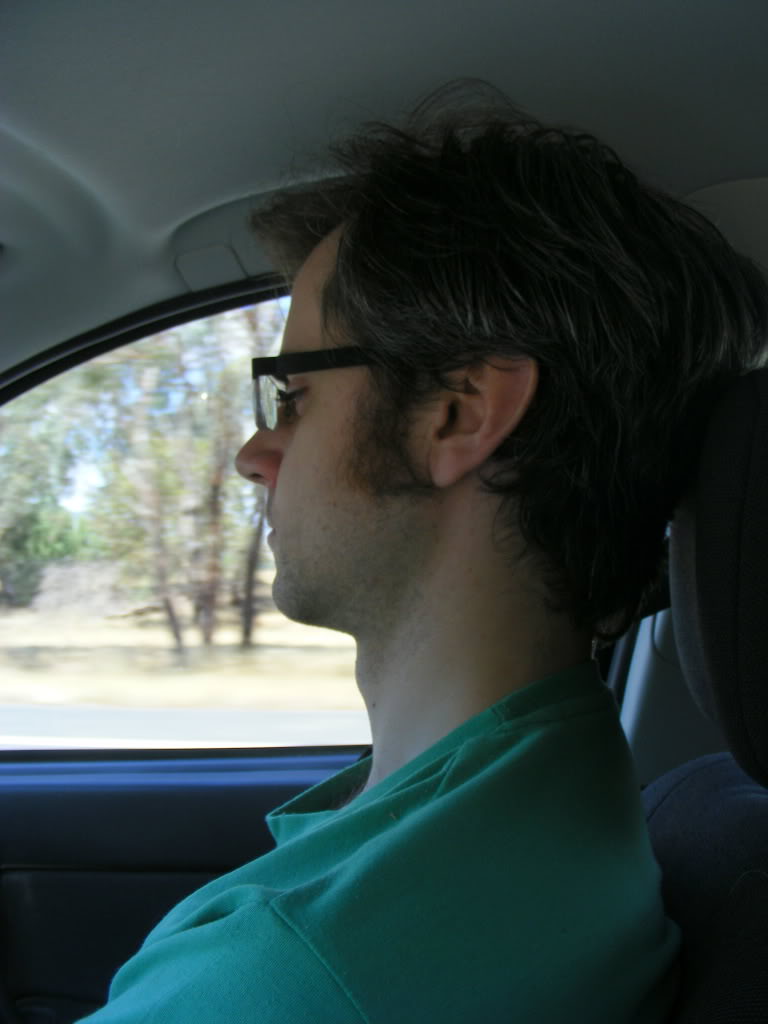 Ross, driving.  He’s looking pretty disheveled at this stage.  The reason that there are no photos of me on the trip is because I was sweaty as all hell and looking pretty frightful. 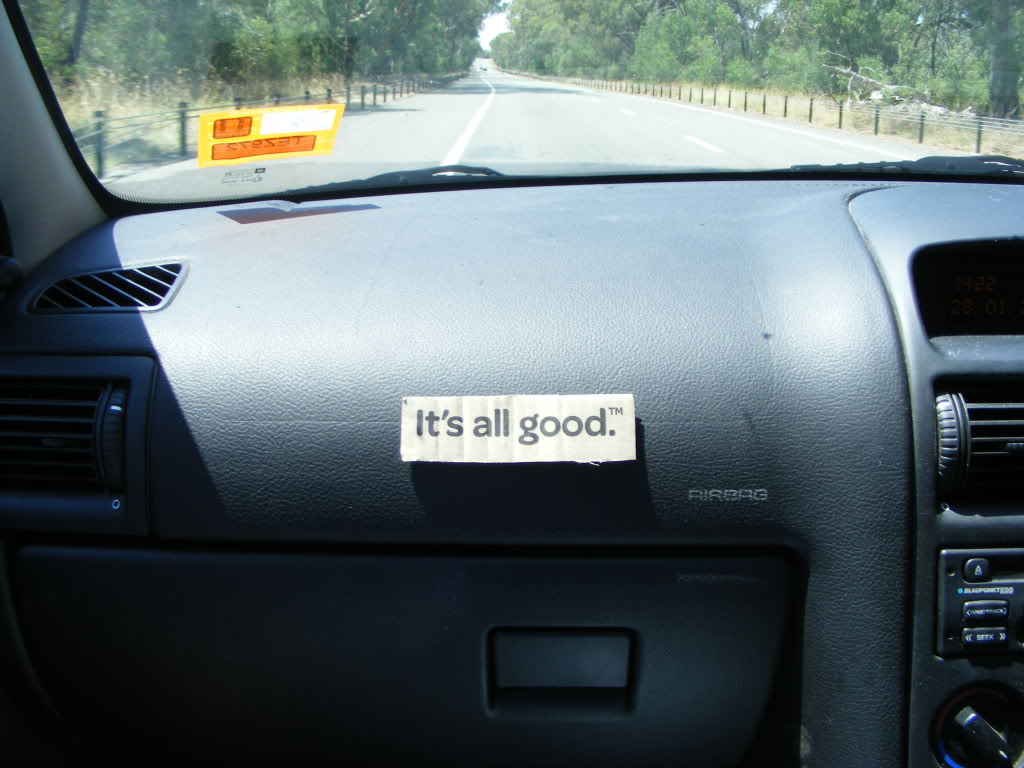 Ross’s sister stuck this quote on the dashboard of his mum’s car, and it’s been there for ages.  Whenever I started go get antsy during the trip, this really helped to settle me. 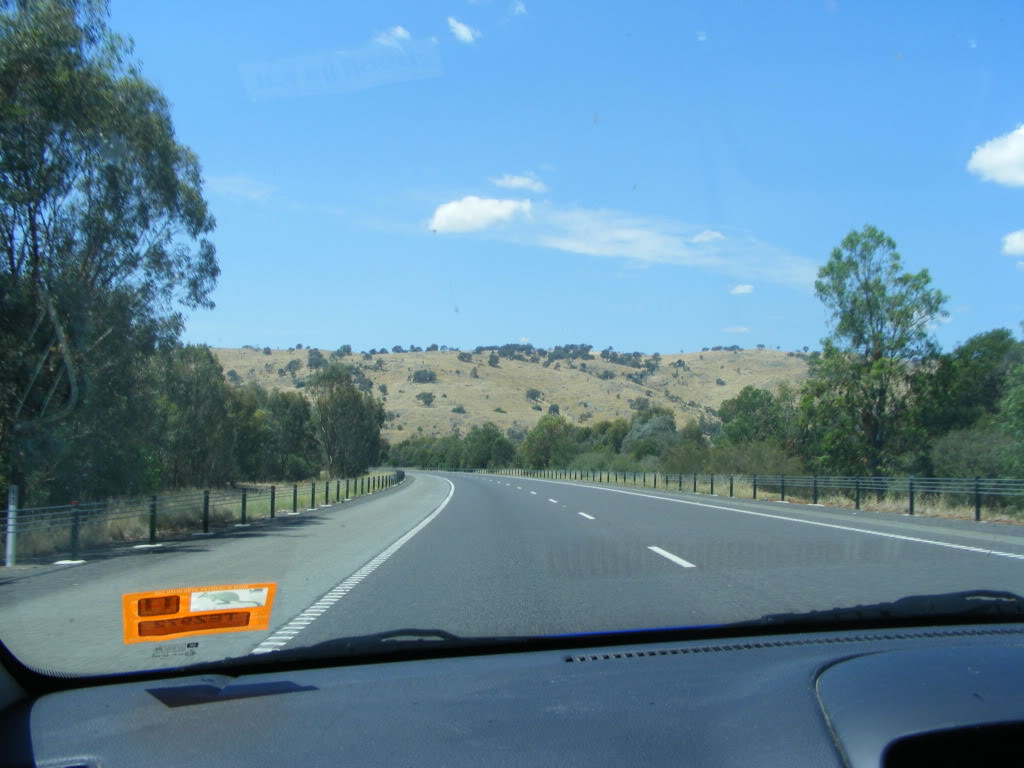 Awesome Aussie scenery.  Most of the drive, this was all we could see.  Everything is looking very dry because this summer has been so hot. 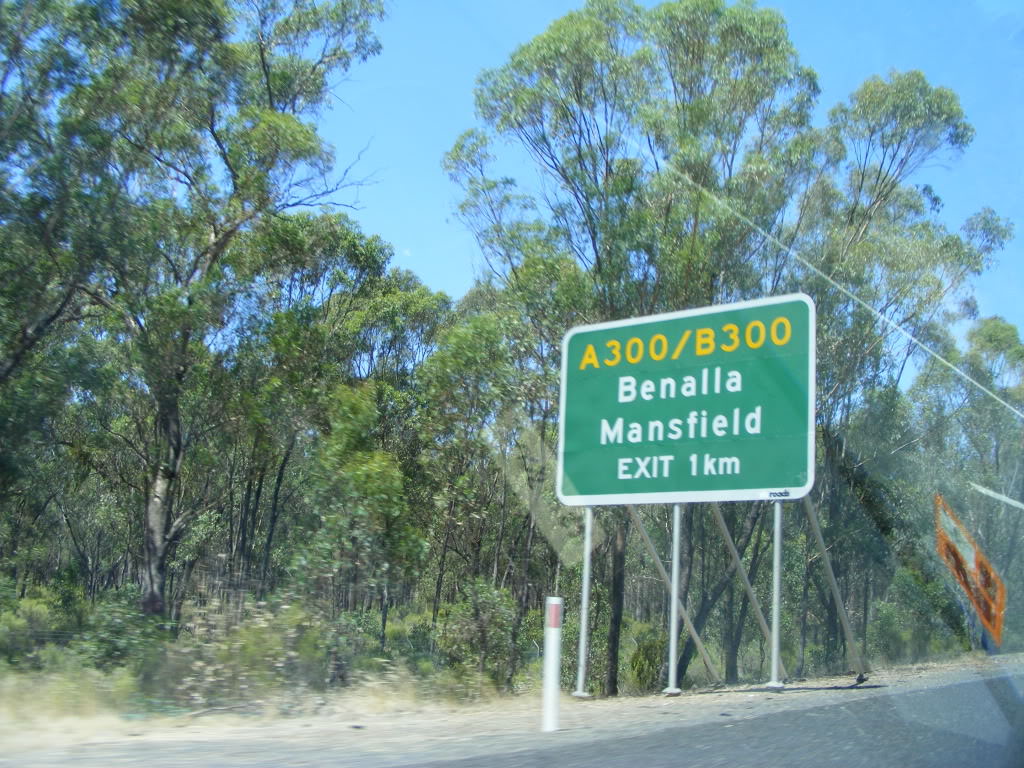 There was much cheering in the car when we drove past this sign for the Benalla exit.  We were nearly there!

We’ve spent the last week unpacking and organizing things.  Despite all of our work, the house is still a bit of a mess, so I don’t have many pictures of it.  I promise to photograph is properly once everything is in order.  I have taken a couple of photos of the best bits of the house. 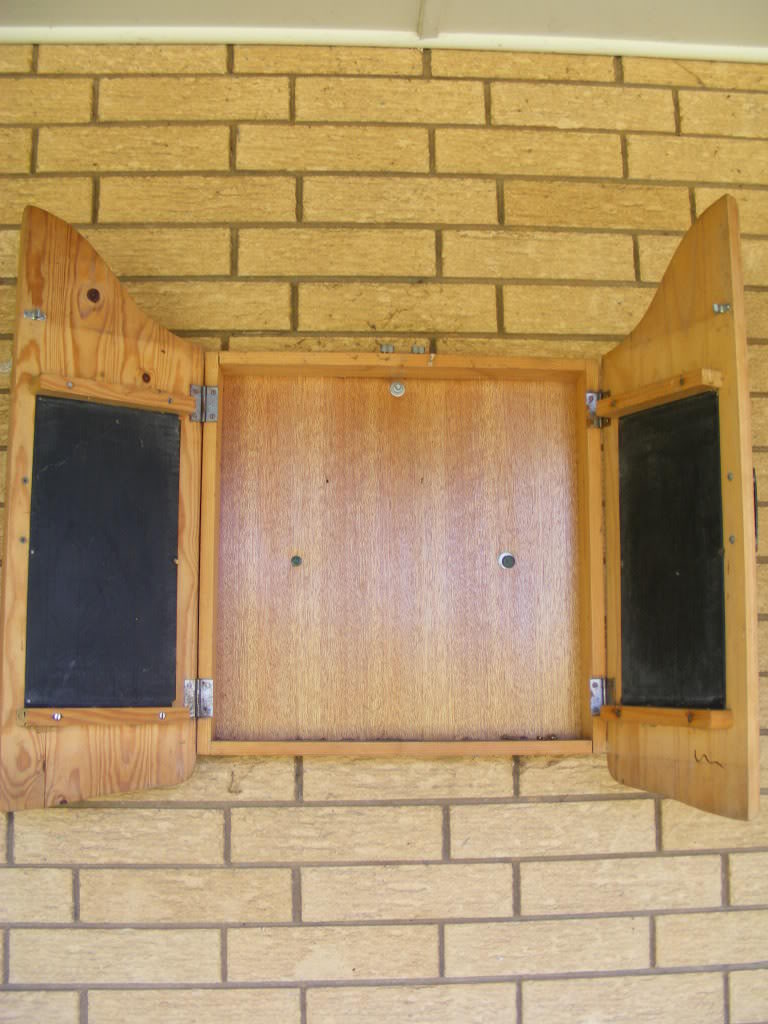 Our invisible dartboard.  This is mounted on the back porch.  We’re trying to think of something to put in this case.   Ross wants an actual dartboard, but I’m thinking of something a bit more unusual.

The house has three bedrooms.  We have claimed the master bedroom.  The second bedroom will be the guest room and my office.  The third room is going to be dedicated to Ross’s epic comic book collection.  This is a small sample of what he owns. 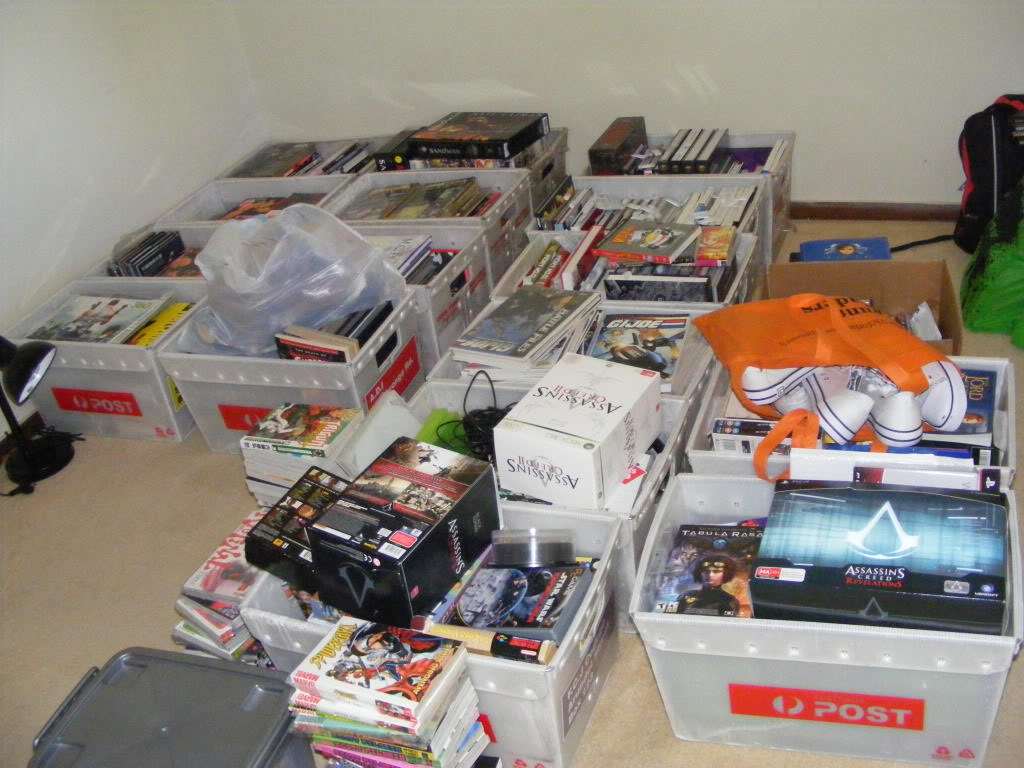 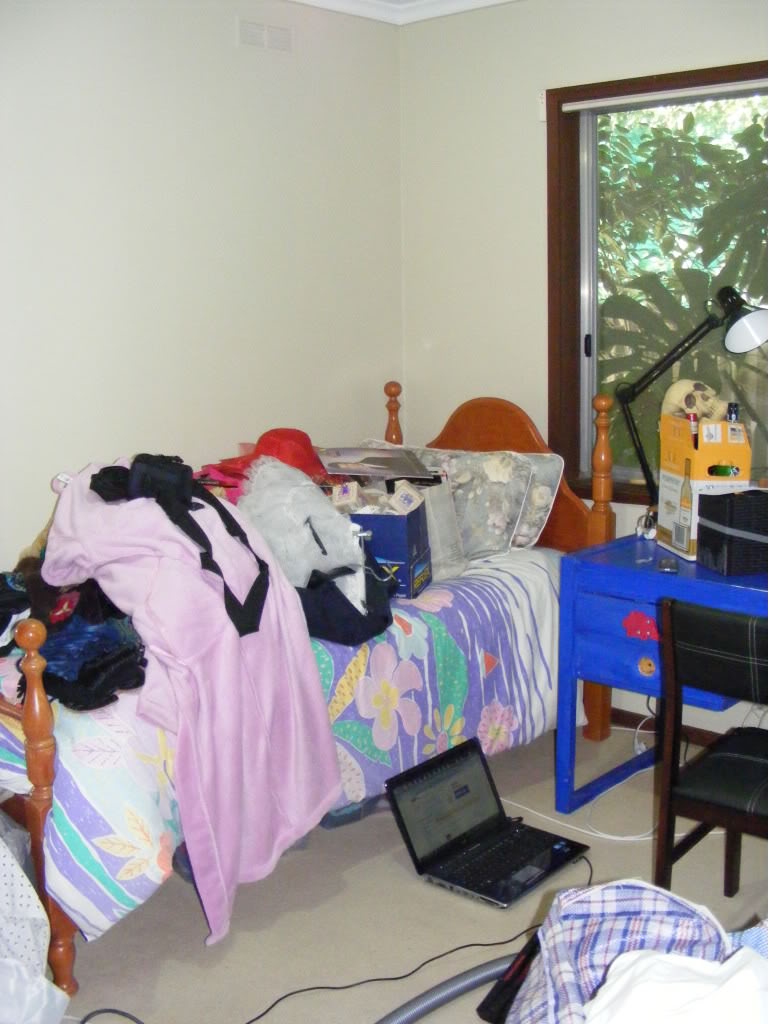 This is the guest room and study, which is where we’ve been putting all of the stuff that hasn’t been unpacked yet. 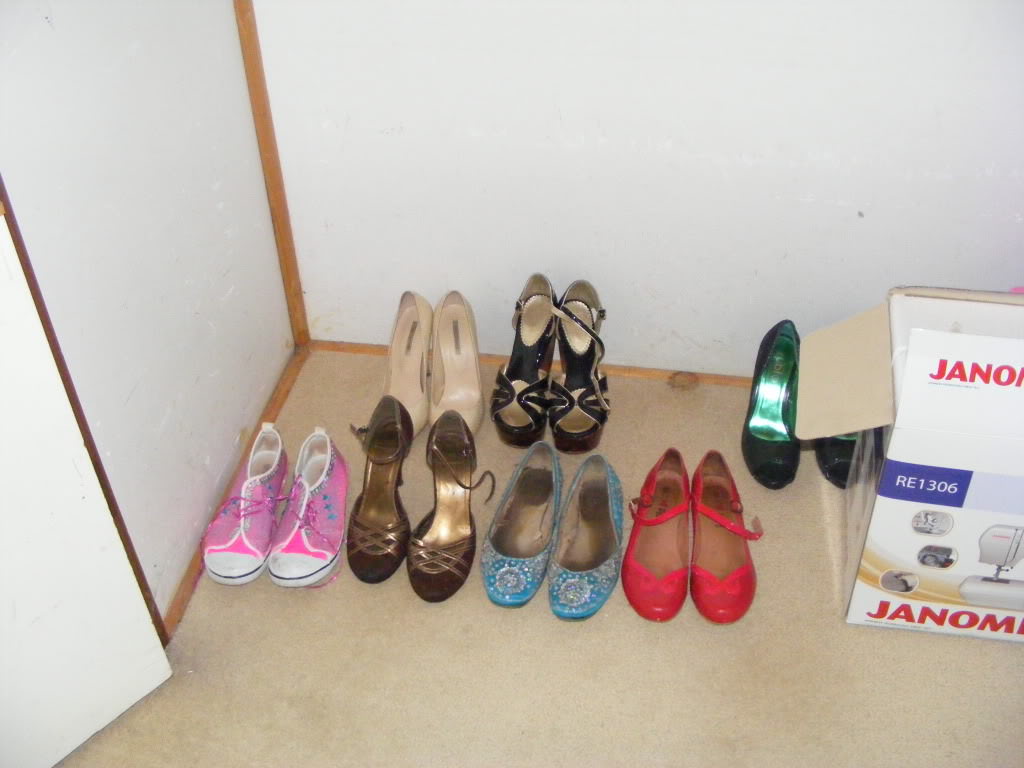 We have three big built-in wardrobes, which is brilliant.  It’s been years since I had a proper wardrobe, so I’m having loads of fun setting it up. 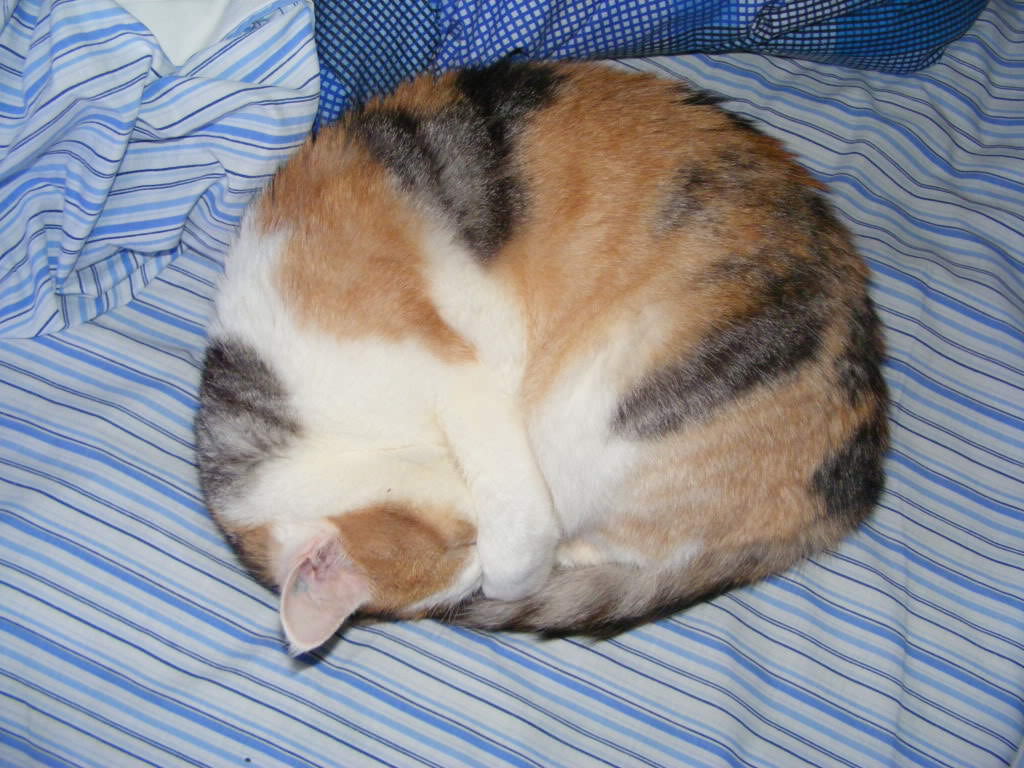 Jelly has been making bed-making impossible most days.  She’s settled in brilliantly. 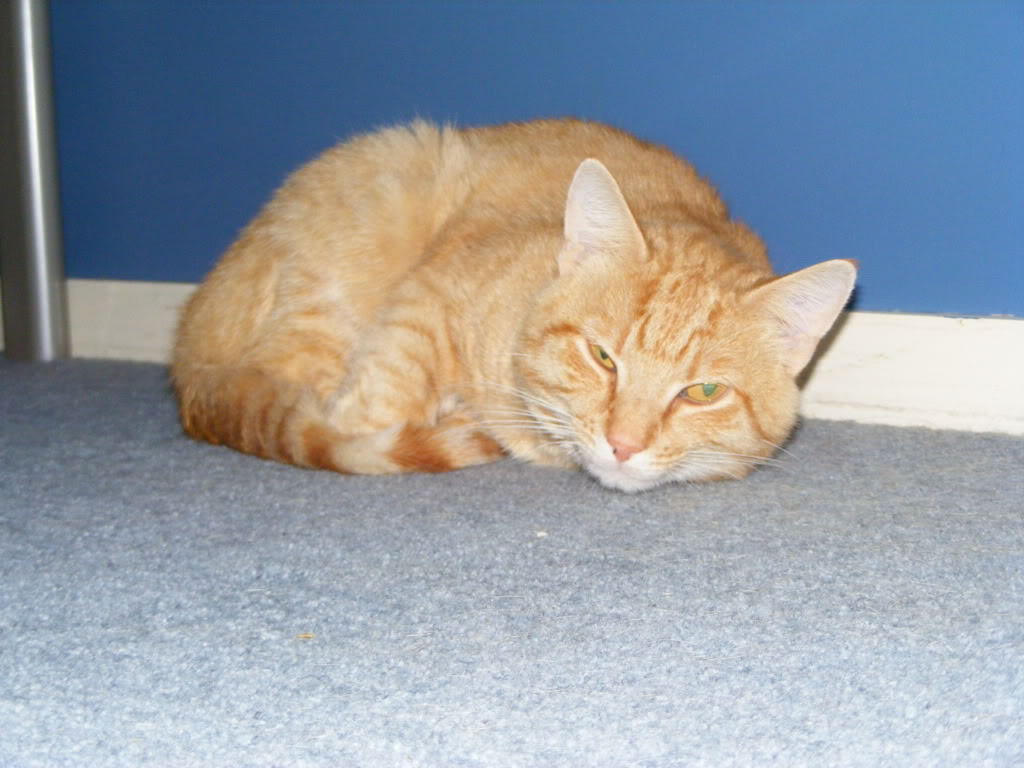 Ringo, on the other hand, is having a tough time adjusting.  He’s getting better and exploring a little more each day.  Most of the time, he’s happy to nap under the bed.

I’ll have some more photos soon of the house once we’re all set up.  So far, things are going pretty peachy.