I’d like to introduce you to the newest member of my animal family. This gorgeous little guy is Ringo. I adopted Ringo last week, and he’s settling in very nicely.

Ringo is actually Jellylorum’s son. He was part of her first litter of kittens. When I found Jelly, she was nursing a litter of kittens. I was feeding and taking care of her for about two weeks when she and her kittens completely vanished. I looked everywhere for them, but there was simply no sign. About three weeks after they had disappeared, Jelly and Ringo came back, but the other kittens were gone forever. I still don’t know what happened to them. Jellylorum has always been super-affectionate, and so adopting her was easy. Ringo, on the other hand, was incredibly skittish and simply wouldn’t let me near him. I couldn’t step within ten metres of him without him bolting away.

Over the past eighteen months, Ringo has slowly warmed to me. It started with him being able to come and sit about two metres away from me while I was reading in the backyard. Then, he started to sit in front of me and watch while I was writing. One day, he inched closer and closer until I was able to give his head a brief scratch before be darted away. Gradually he got braver, until the point where he would allow me to pick him up and carry him about. We’ve built a good, trusting relationship, and he’s really come out of his shell.

When I found out that I was moving, the thought of leaving Ringo behind broke my heart. There was simply no question of us leaving without him. I immediately made the decision to adopt him. We went out last week and bought him his own carrier, bed, bowls and litter tray. He’s been chilling out inside every since, and has been settling in very well. Jelly isn’t too thrilled with having to share her space with him, but she’s been relatively civil. I can’t wait to move them to our new house in the country, because it will be neutral territory for them. Right now, this house is Jelly’s and she refuses to relinquish her territory. When we move, the house will be new to both of them, so they’ll be on more equal footing. 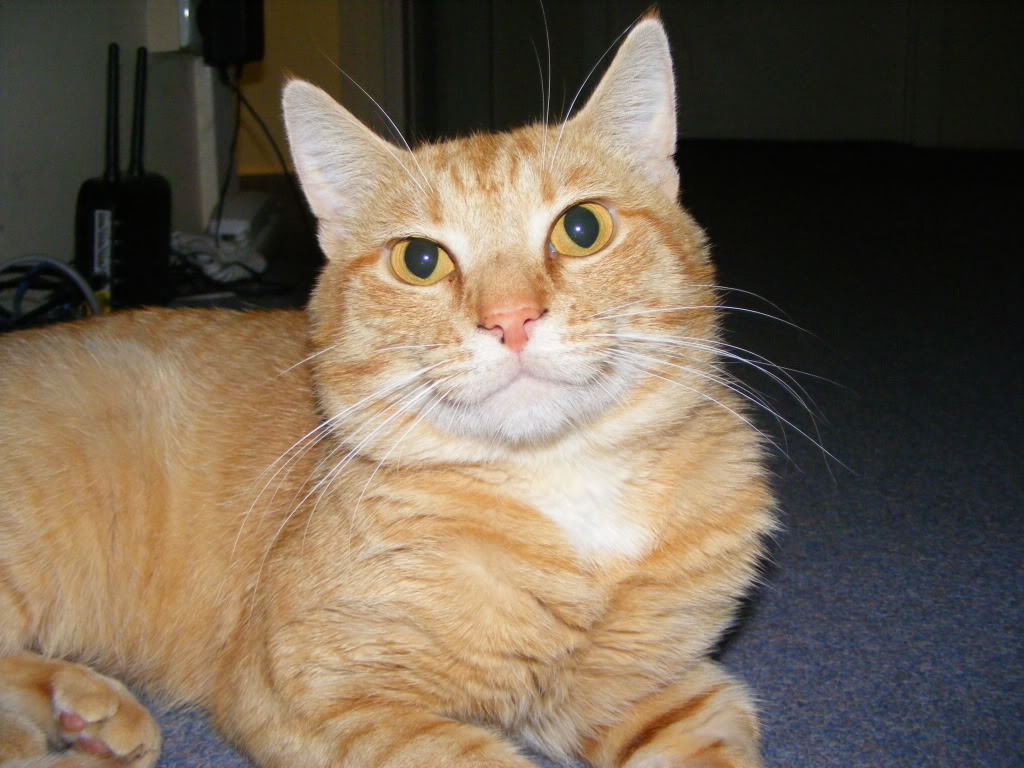 Ringo is so named because when he was a kitten, Jelly used to call out to him, and the noise she made sounded like she was saying, “Ringo! Ringo!”. Also, I adore the Beatles, so it’s good to have a cat named after one of them.

– Having his belly and chin scratched.

– Watching me put my makeup on

– Hanging out the washing.

He’s a lovely little man and I’m so happy to have him living with us. It’s going to take a while before he’s totally used to being an indoor cat, but he’ll get there. He has an appointment to be desexed next week, which is going to be traumatic for him, but it has to be done. I’m looking forward to getting him all settled in.