My annual Halloween party is an event that I look forward to all year. I spend ages planning my costume, the food, the decorations and the guests. When the day finally rolls around, I’m usually a ball of excitement and nerves. This past Saturday was no exception. I spent the day cooking like a mad person, and that evening many of my close friends gathered together to eat, drink and look creepy. 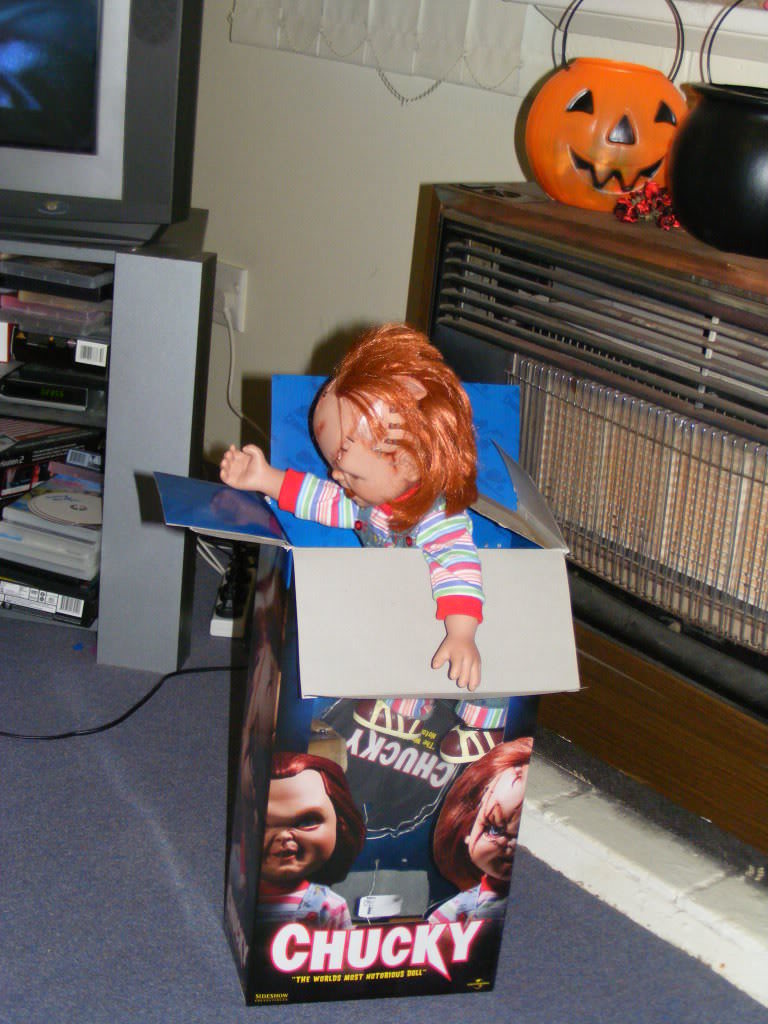 This year’s menu included chocolate cupcakes and pumpkin pie. I’d never even eaten pumpkin pie before, but on a whim I decided that it would be a fun thing to try to make. I actually really liked it. It didn’t taste the way I thought it would though. I had expected it to have a very pumpkin-y taste, but it was really rather sweet and you couldn’t really taste the pumpkin. We also supplied bucketloads of candy for our guests.

There were some fabulous costumes as well. Sam dressed as Persephone, and she looked gorgeous. Unfortunately, I forgot to take any pictures of her, so I can’t show you her outfit. Ross was Ghostface from Scream, and he had a little too much fun playing around with his mask. 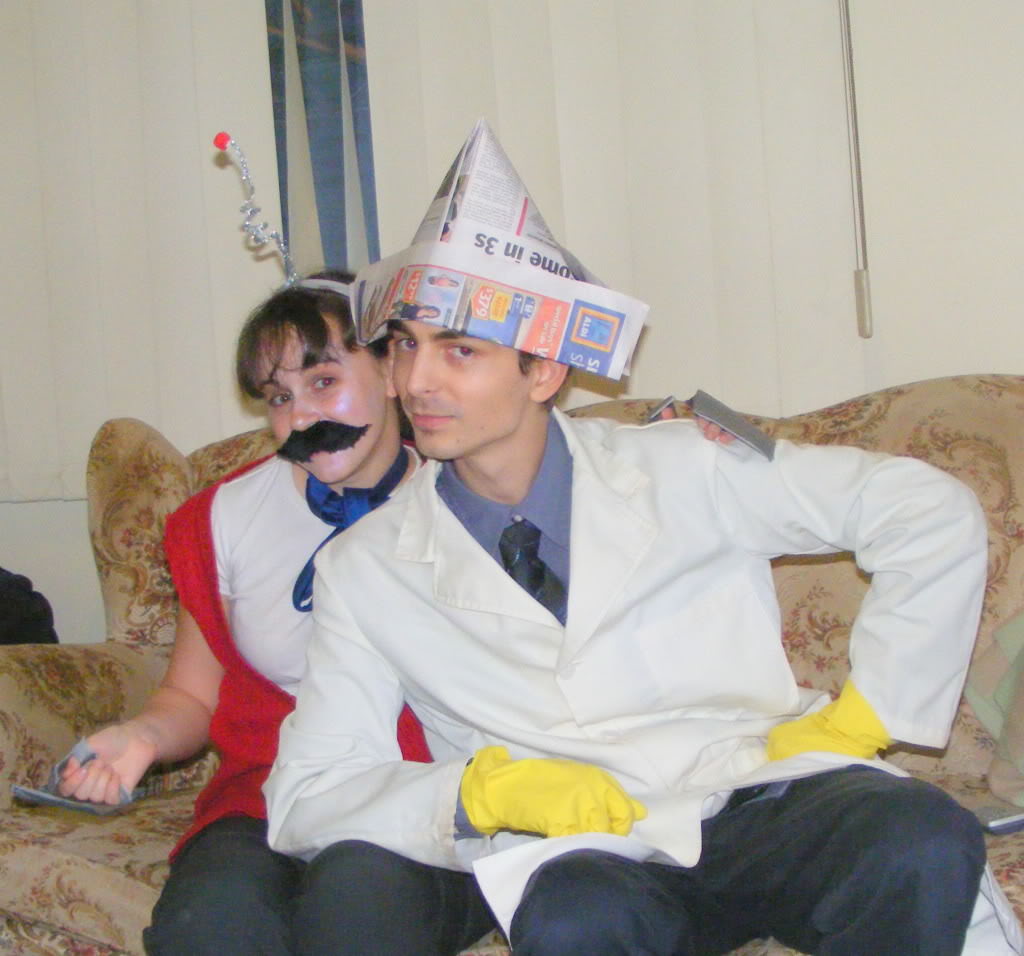 My friends Kath and Evan dressed as Mr Butlertron and Cinnamon Scudworth from Clone High. It was a super-obscure costume choice, but I loved it. Clone High is this hilarious cartoon about a bunch of clones of famous historical figures who all go to high school together. Scudworth is the scheming principal of the school and Mr Butlertron is his robotic butler, who talks with a British accent and calls everyone Wesley. I was especially taken with Kath’s moustache and Evan’s pirate hat. 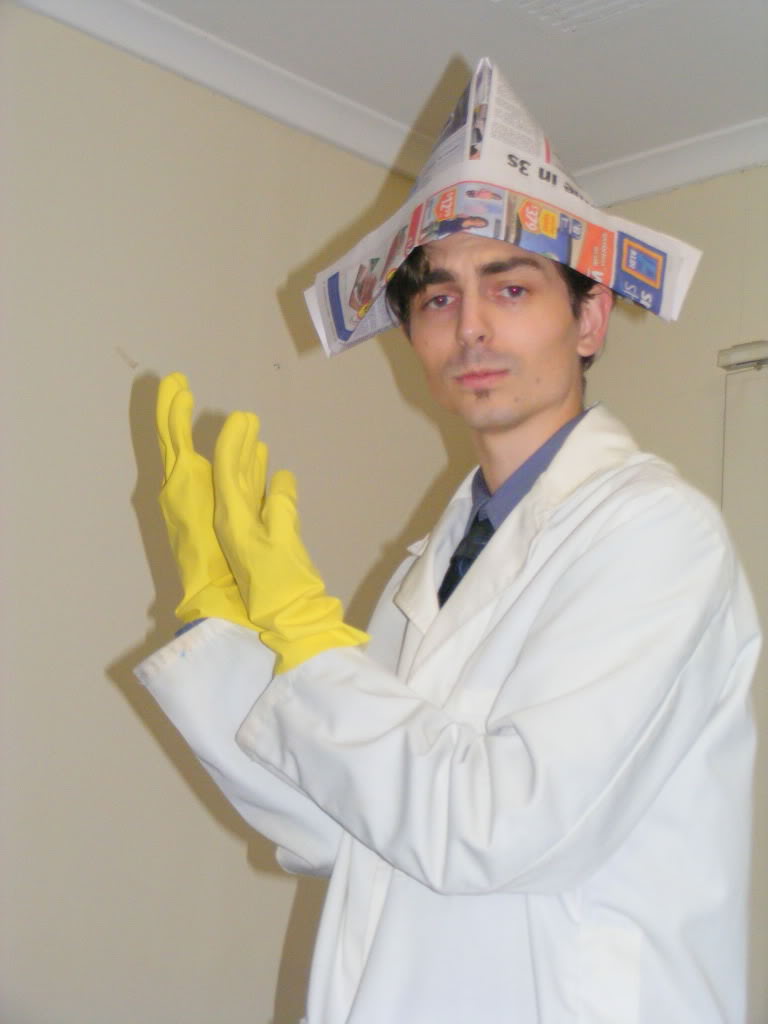 This year, I decided to dress as something that frightens the bejesus out of me. I dressed as one of the Weeping Angels from Dr Who. I remember the first time I watched the episode ‘Blink”, I was almost shaking with fear and suspense by the end of it. This was the first episode to feature the Angels, and it was a really well written and acted episode. Basically, the Weeping Angels are only able to move when they aren’t being watched. When someone is looking at them, they turn to stone. If they touch you, they steal your time, transporting you far into the past, so that by the time the present day rolls around, you’re already dead. The only way to avoid them is to watch them at all times, without even blinking.

I was slightly disappointed with my costume. Nothing seemed to go right with it. I had tried to dye my toga grey, but it came out looking more off-white than anything else. The grey hairspray that I had bought to colour my hair ran out before I had even done half of my head. There was practically none in the can, and I really had expected it to go a bit further than it did. The grey makeup that I bought turned out to be greasepaint, and it was so waxy and ooky that it was impossible to apply it evenly. It was also very hot, and I was sweating like crazy in a matter of minutes. I did like how my wings turned out though. I tied an old key on a ribbon to my wrist as a finishing touch (in Blink, the Angels steal the key to The Doctor’s TARDIS). 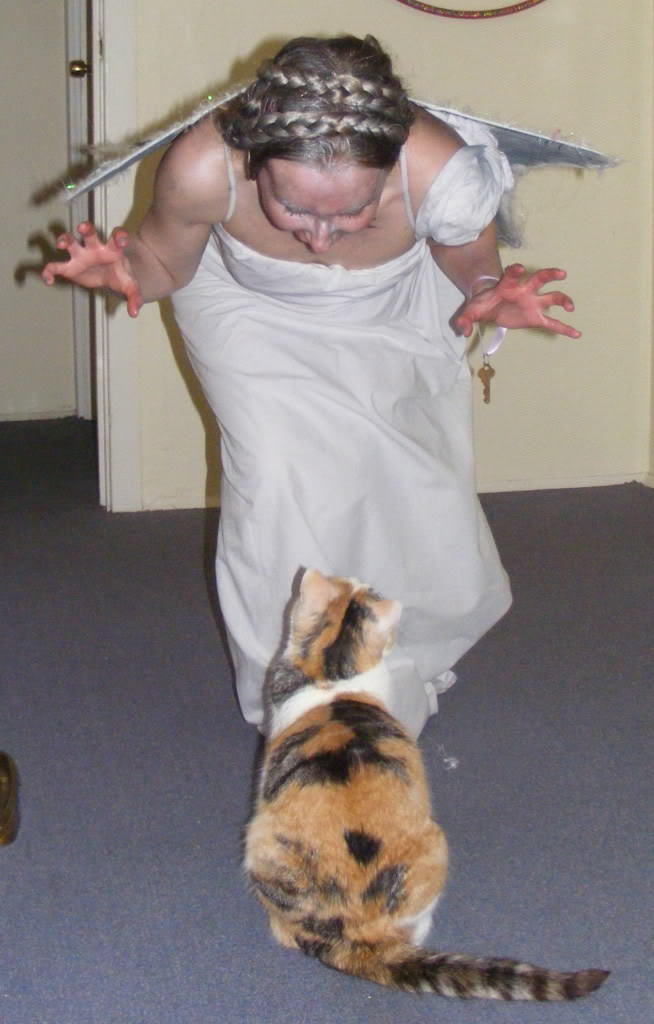 We took loads of photos. This series of pictures of me sneaking up on Jelly are some of my favourites. 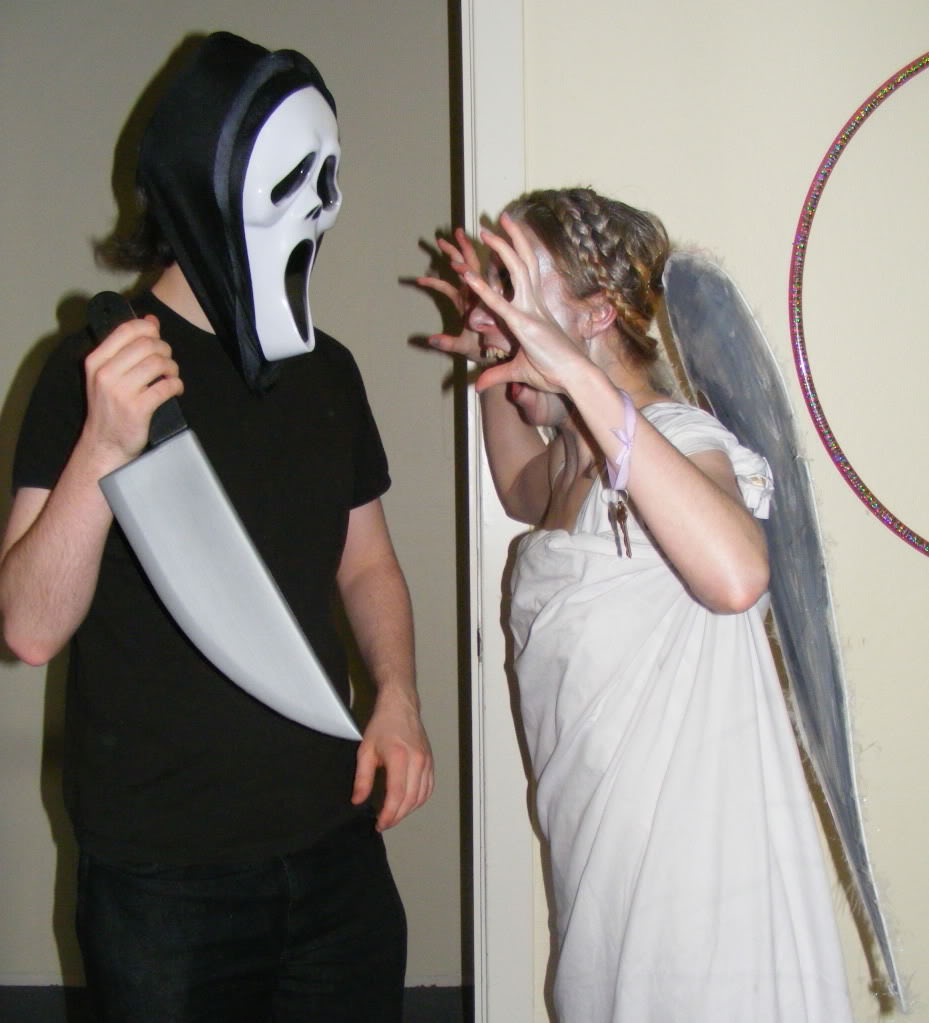 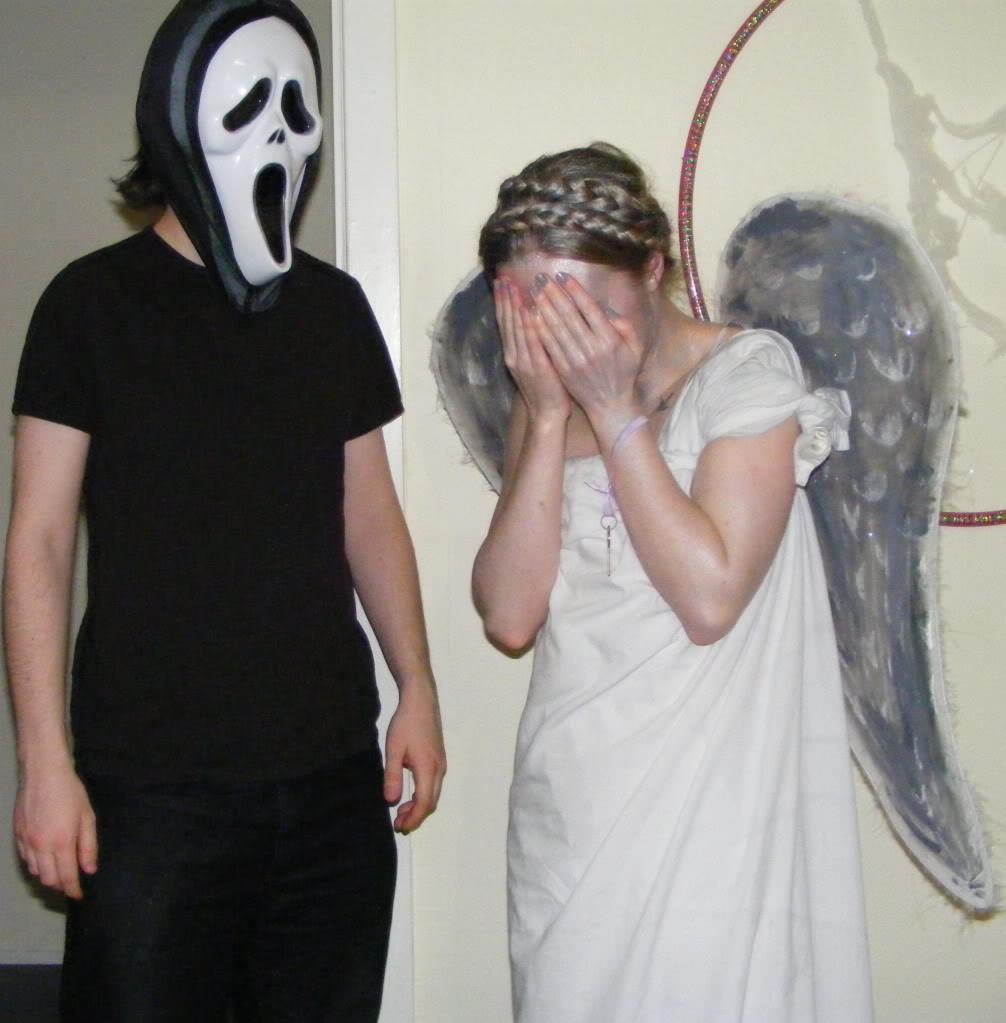 We had an excellent time, playing trivia, charades and celebrity heads. It was a truly brilliant night, and I am so thankful to everyone who came along.

What did you do for Halloween?