Yesterday, Ross and I trekked into the city for the Armageddon convention.  I feel super-geeky admitting this, but I adore conventions.  Seriously.  It’s the perfect excuse to dress up in an awesome costume, and traipse around all day looking at nerdy merchandise, meeting artists, snapping pictures and celebrity-spotting.  It’s fab.

This year’s Armageddon expo was no exception.  I had been planning my outfit for ages, and was very, very pleased with how it turned out.  I decided to dress as Tank Girl, because she’s my all-time favorite comic book character.  She’s rough and crude, but also kind of sweet in an odd way.  I was so happy with my costume that I left it on for hours after I got home: 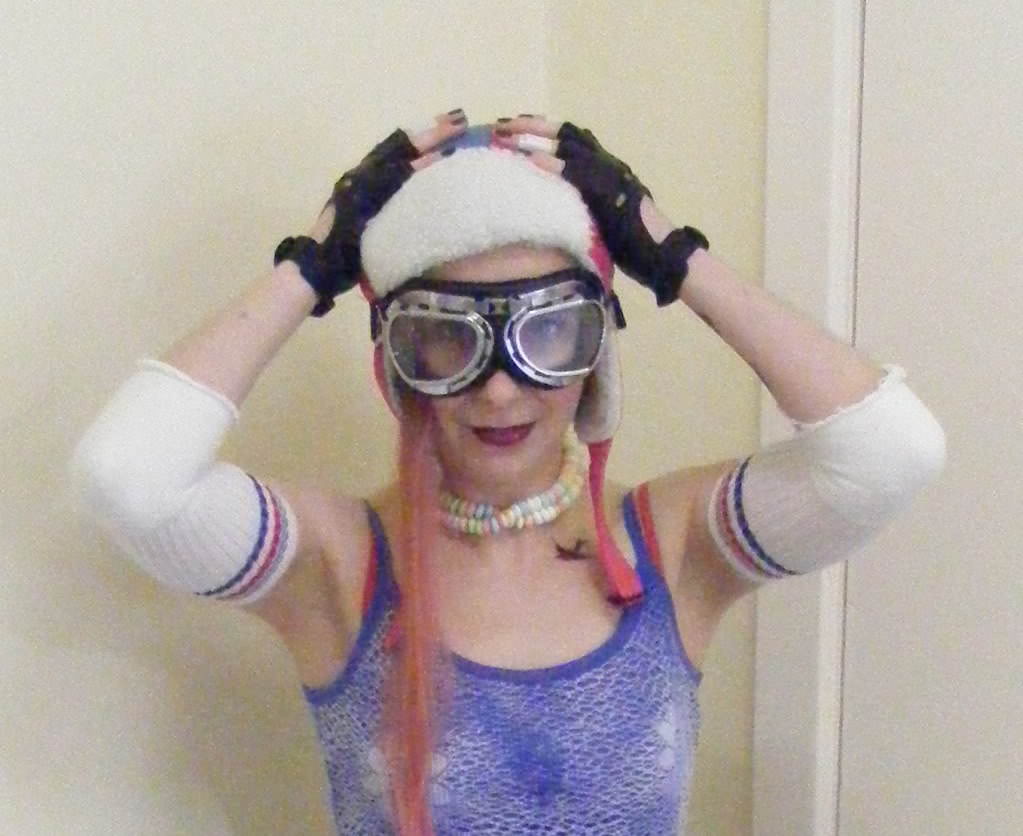 Ross bought me this groovy set of flight-goggles online, and they were the perfect addition to the costume.  I also added a bunch of tattoos from Amazing Raymond. 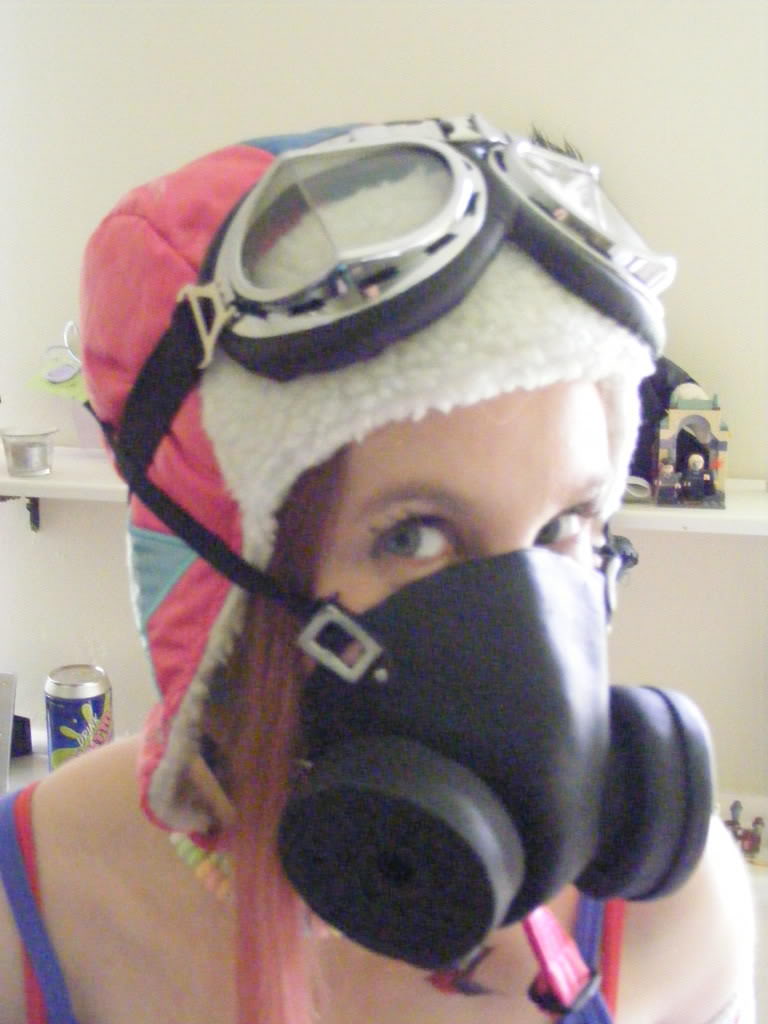 I found this awesome gas mask at Savers when they started their Halloween sale, and snapped it up for about three dollars.  Bargain!

I have to admit that dressing as Tank Girl made me feel slightly old.  Hardly anybody recognised who I was dressed as, which I suppose is the risk you take when you dress as an obscure comic book character from the early 90’s.  Those who did recognise me though were really enthusiastic, and I posed for a lot of photographs during the day.  Oh, by the by, if you don’t know who Tank Girl is (shame on you) you should watch this.

Ross also dressed up for the day.  He decided to dress as Jamie Maddrox A.K. A Multiple Man from the X Men. 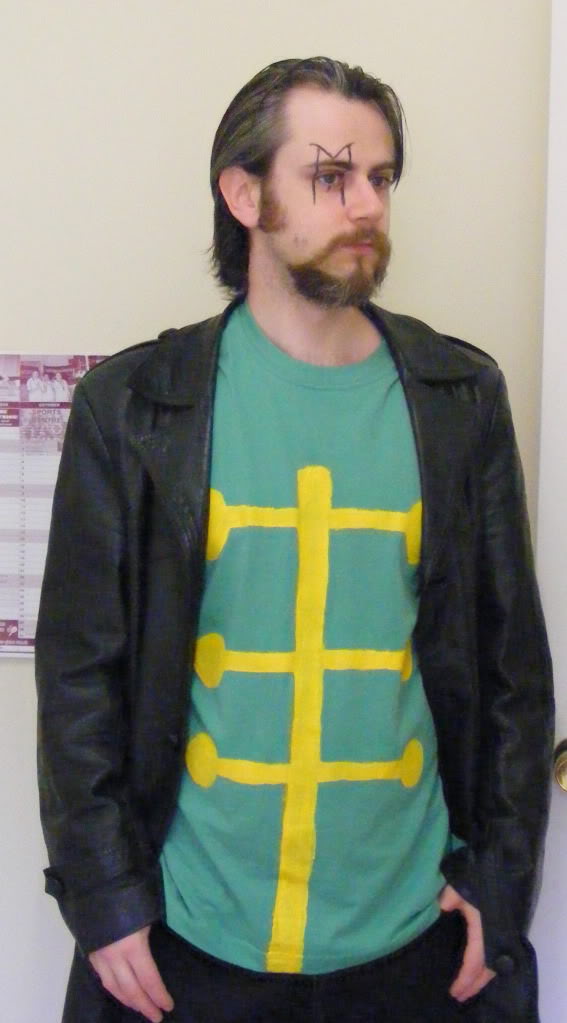 The day was excellent.  We arrived at nine in the morning and left at about four.  Ross bought a bunch of comissioned artworks from some of his favorite comic book artists. We marvelled at some of the brilliant cosplay costumes going around and ogled stores filled with amazing goodies.  I even had the opportunity to take a picture of myself as Tank Girl in the Delorean. 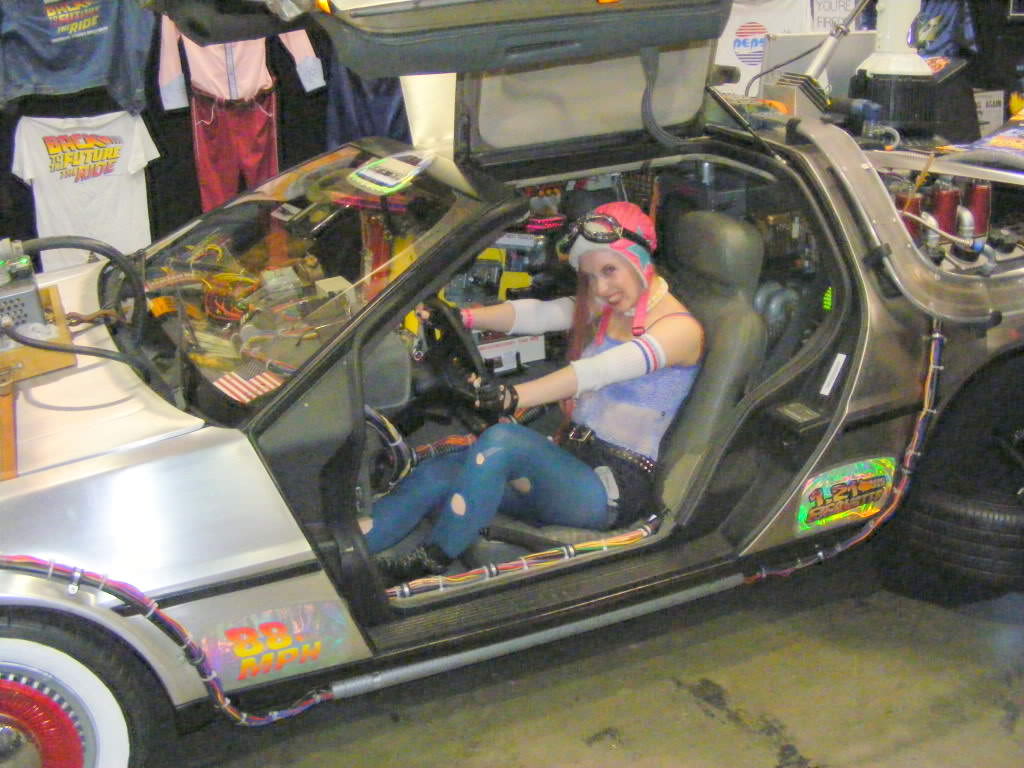 By the way, that is totally the face Tank Girl would make if she were driving a time machine.  Doc Brown would be pissed to know that his creation was in the hands of such a maniac.

Ross and I saw a couple of celebrities during the day.  Most notable amoung them was Scod, who is from the band Tripod.  Tripod are this excellent comedy band who hail from Melbourne, and I love them.  Hot Girl in the Comic Shop is one of my all-time favorite tunes.  He was really lovely, and wished Ross and I a great day.

But, far and away, the best part of the day was the panel interview with Nicholas Brendon, who played Xander on Buffy the Vampire Slayer.  I am a huge Buffy fan, and Xander has always been my favorite character (Anya is a very close second), so having the chance to see Mr Brendon up close was a dream come true.  He was accompanied by his twin brother, Kelly Donovan, who was his stunt double for Buffy.  The pair were hilariously funny and open with their answers.  They were so friendly and it was a pleasure to see them. 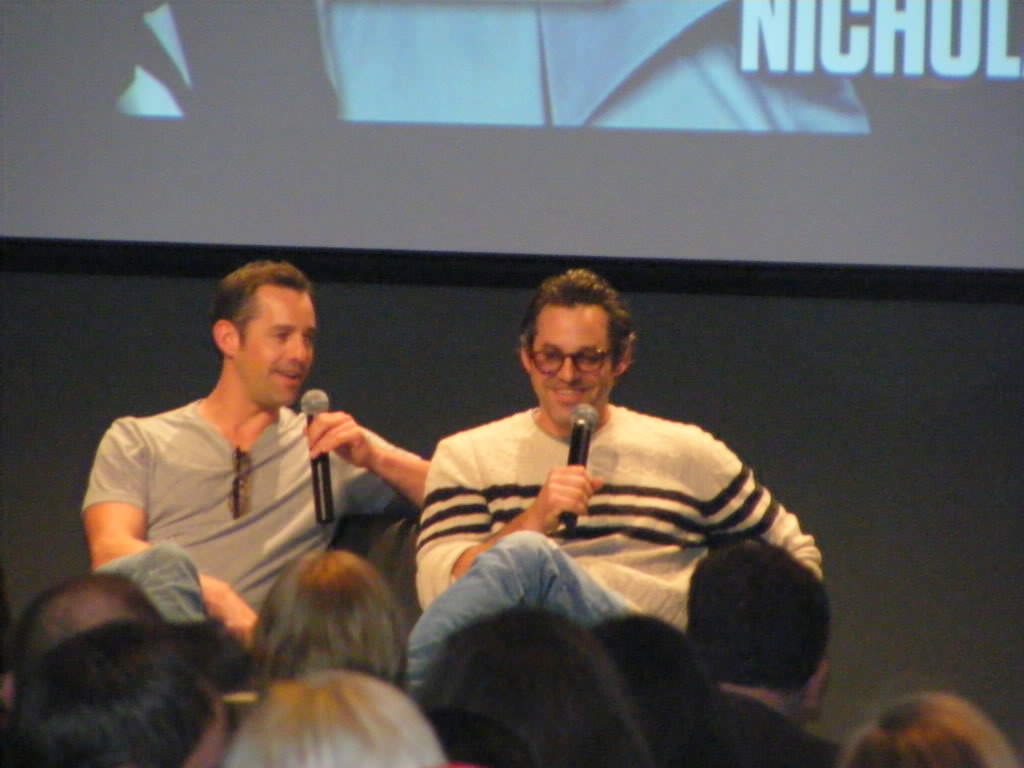 During the panel inverview, audience members were allowed to get up and ask Nicholas and Kelly questions.  After a bit of coaxing from Ross, I got out of my seat and walked on shaking legs to the microphone.  I asked my question and they both answered.  When they were done, I mustered all my courage and asked whether I could steal a hug from Nick.  He got up out of his seat and strode towards me.  He scooped me up and gave me the hugest hug.  It was lovely.  After I pulled away, he held onto my arm and asked, “Are you wearing socks on your arms?”  I replied, “Yeah, I’m Tank Girl”, and he smiled and nodded with approval.  I went back to my place with very wobbly knees, not quite believing what had just happened.  Luckily, Ross wasn’t too miffed.  I think that he realised that I’d be cool with it if he hugged Amber Benson, if he ever had the opportunity.  At the close of the interview, Nicholas did his famous “Snoopy Dance”, which had me in fits of giggles.

So all in all, it was a pretty excellent day.  I’m going to be grinning for the rest of the week, I’m sure.

Did you head to Armageddon this year?