The night was a huge success.  Everyone had fun watching the film and eating delicious food.  I made a batch of vanilla and poppy-seed cupcakes and some spectacularly green cookies.  We also invented two cocktails – the Ozmopolitan and the Ruby Slipper.  For me though, the best part of the night was dressing up in costume.  I decided to come as The Wicked Witch of the East.  I was excited to create a costume for this character.  As you only see her feet in the film, I was able to take a fair bit of artistic licence with this costume: 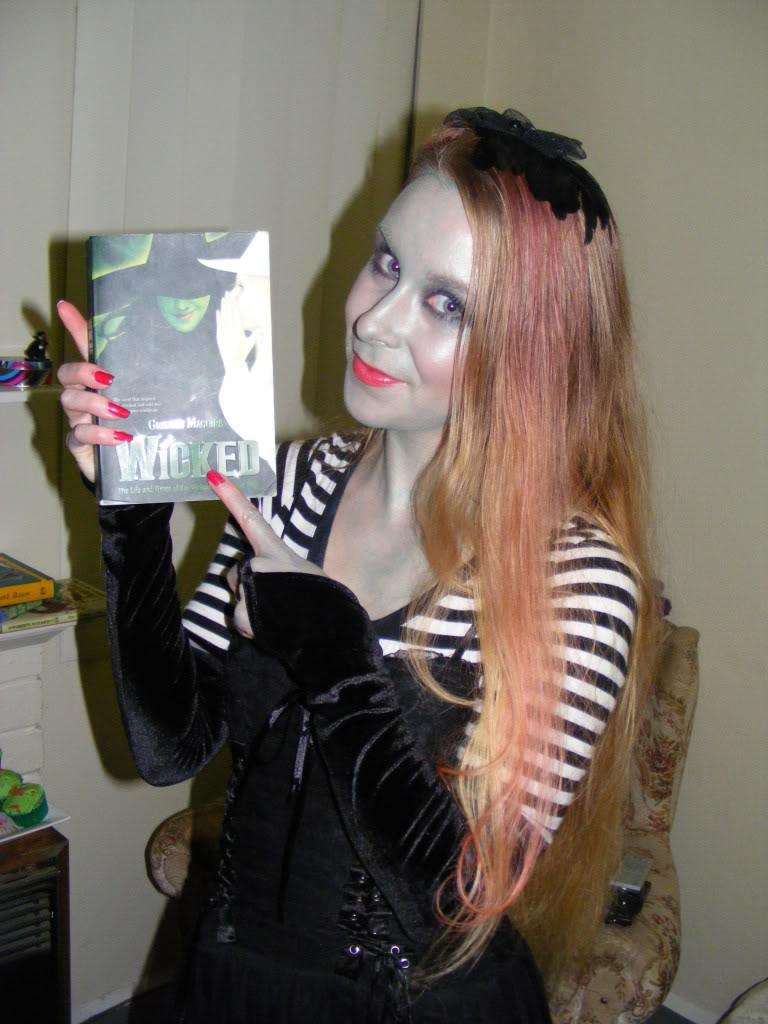 I thought that the Witch of the East would be a bit more glamorous than her sister.  She certainly has better taste in shoes!  I kept the ruby slippers and stripey stockings as the starting point for the outfit, and added a flouncy, corseted black dress.  I opted for a raven-feather fascinator rather than wearing a witches hat.  I added a few silver rings with gothic accents and black velvet gloves. 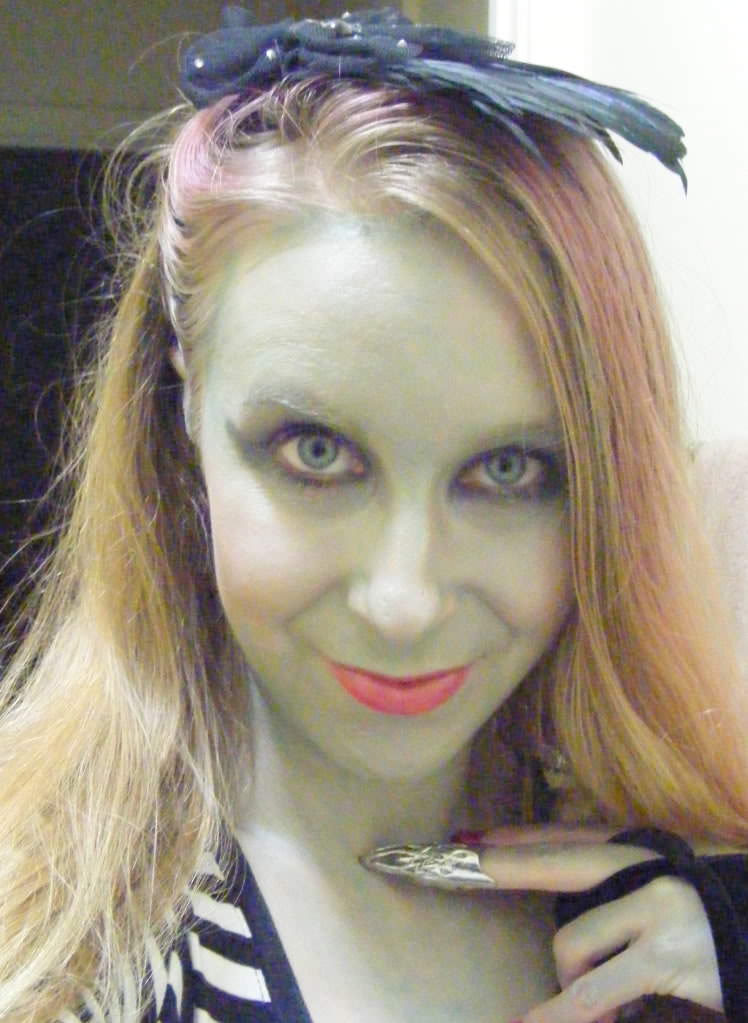 My favorite part of the costume was the makeup.  Although Nessarose isn’t green in Wicked, I always imagined her as being green when I was a little girl.  I didn’t want to wear radioactive green makeup.  I wanted my skin to look as though it just had a green cast to it.  I mixed a green pigment powder with a waxy foundation and blended it all over my skin.  I even did my ears, my hands and my neck.  It was such fun!  I layered on red lipstick and dark eye makeup.  Purple glittery eyeliner completed the look.

All the other costumes looked fantastic as well.  We had two munchkins and a lion, plus Ross wrapped himself in aluminium foil and came as the Tin Man.  I used a silver pigment to give him a chrome-plated face.  The only problem was that his costume kept ripping every time he moved.  Mandie rocked the most gorgeous rainbow-coloured eyeshadow and sky-scraping beehive that you can possibly imagine.  It was a great night.

On Sunday, Ross and I went out for yum-cha.  I chose a more subdued outfit to wear to lunch.

– White dress from The Costume Factory

– Amethyst earrings (handmade by my aunt). 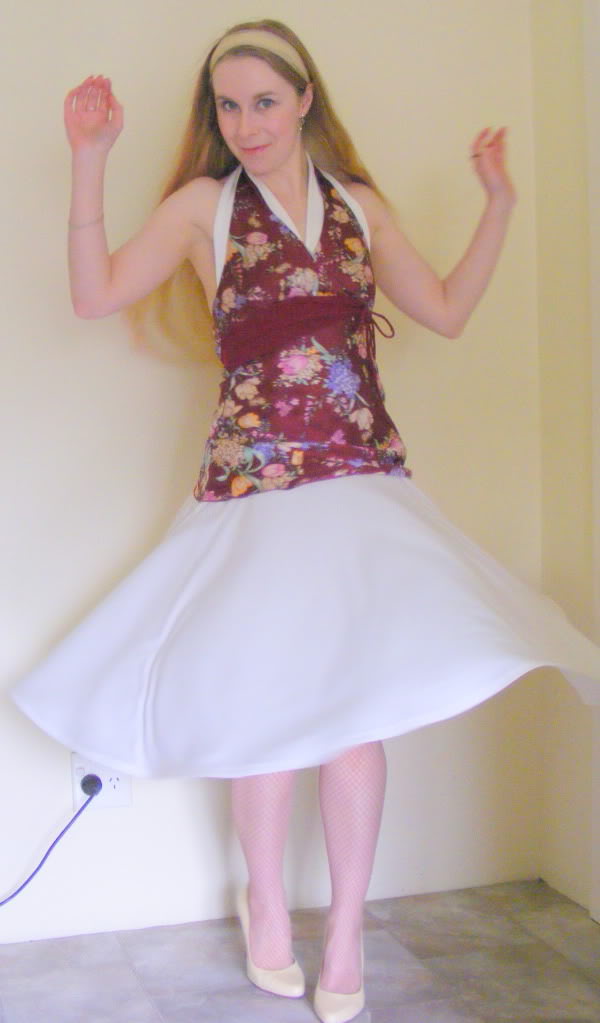 I hope you had a great weekend too!