This morning I was up with the birds (or perhaps with the worms.  If the early bird catches the worm, does that mean that worms get up earlier than birds?) because I had a Centrelink appointment to attened.  Blerg.  It did go rather well though, so I can’t complain.

– White long-sleeved top from Face Off

– The royal wedding.  Everyone else seems to be down on the royal nuptuals, but I’m going to shirk the cool kids and admit that I’m actually kind of excited.  I love a wedding, and a royal wedding is kind of like a real-life fairytale (if Prince Charming had a bald patch and there were thousands of crazy photographers covering his wedding to his slightly toothy betrothed ).  It shouldn’t come as a surprise that I’m pretty keen to check out the outfits at Westminster Abbey tomorrow night.  There’ll be hats and frocks a-plenty!

– Conversing with the awesome Centrelink employee about books and Vanessa Redgrave.

– Re-visiting hideous 90’s fashion.  I feel a rant coming on!

– Trying to think up couple-costume ideas for another convention later this year.  I want to go as Jay and Silent Bob.  Ross doesn’t seem enthusiastic.

-Realising that I am so comfortable with the Melbourne public transport system that I no longer feel crippled with fear whenever I hop on a bus.  I used to be terrified that the bus would take me to some weirdo place that I didn’t expect to wind up in, or that I’d get on the wrong bus.  Now, I enjoy my bus ride, feeling confident that I’ll reach my intended destination, and if I don’t then at least I know what bus I need to catch to get home.

– Watching the special features on Harry Potter and the Deathly Hallows. 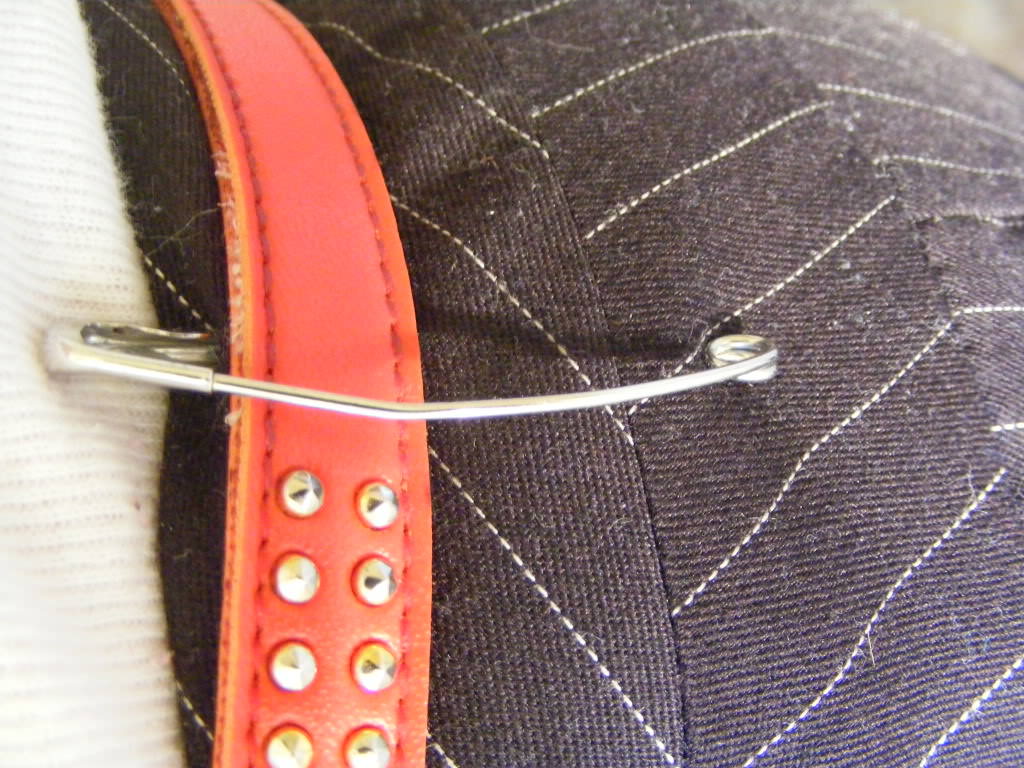 These pants were a hand-me-down pair, and when I tried them on I realised that they were a bit baggy around the hips.  I didn’t worry about it too much, because I thought I could just throw on a belt to keep my pants up.  However, I didn’t realise at the time that these pants don’t have any belt loops.  My housemate suggested using large safety pins, and it’s working a treat.

– Cooking with Ross, and giving him all the difficult vegetables to cut up.

– Realising that there’s only six weeks until my birthday!  I have loads of planning to do.  I haven’t even decided what I want to do for my birthday yet.  Suggestions are welcome. 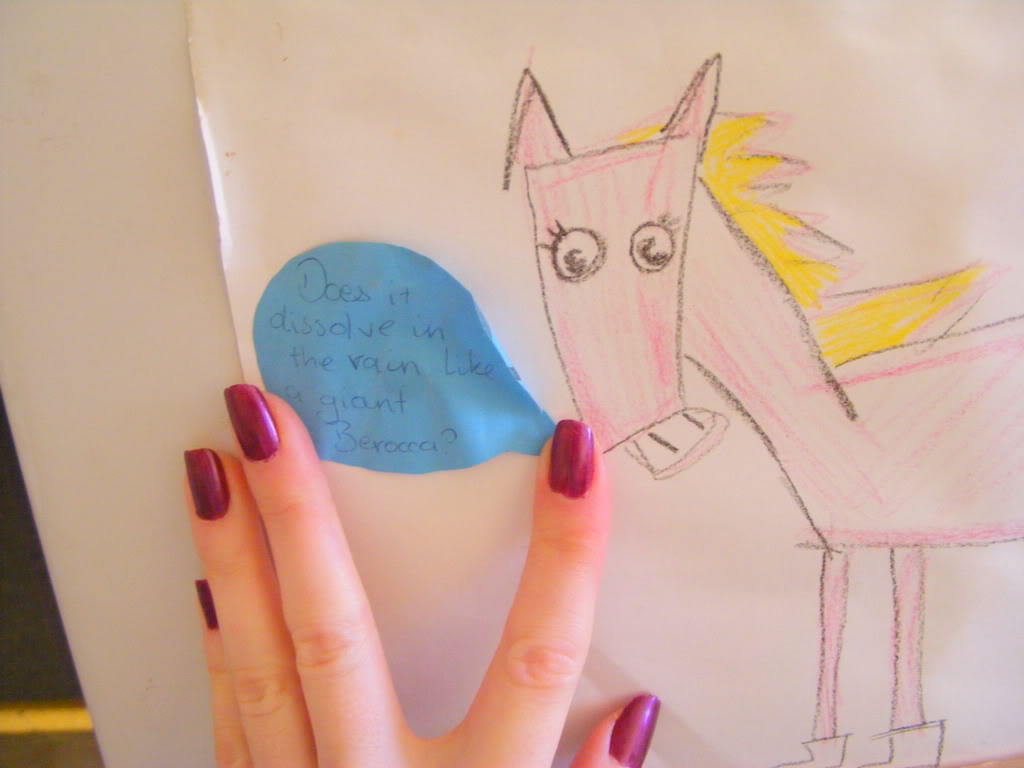 Mandie drew him for me three years ago, and he’s graced my fridge ever since.  I love him.

– Giggling at my own jokes.

What about you sweetheart?  What are you loving this sunny Thursday.