Made with the tears of Robert Smith.

Today was supposed to be a very quiet day with plenty of relaxation and down-time.  Apparently that was not to be.

I woke up early this morning because my housemate was going to a festival in the city and she had recruited me to do her makeup.  I fiddled around for a while before I had successfully achieved the “Gorgeous-rock-chick” look that she was after, and she left, pleased as punch.  Before she headed off, she asked me to take a photo of her makeup for posterity, so here’s a picture of Sam’s eye makeup:

After Sam left, I vetoed my usual morning shower in favor of a leisurely bath.  I debated for a while about whether I would bother getting properly dressed and doing my hair and makeup, seeing as how I wasn’t planning on leaving the house at all.  In the end, I couldn’t resist the temptation of putting together my own rock-chick outfit and making my own eyes up in shades of green and purple.

When it came time to do my hair, I remembered that last weekend Ross had bought a jar of Goth Juice hair gel from Lush.  It claims to be a super-hold gel that’s made from the tears of Robert Smith (if you don’t get this reference, watch season 2 of the Mighty Boosh, the episode called ‘Nanageddon” and it will all become clear).  I decided to take the goth juice for a test run.

This is what ensued: 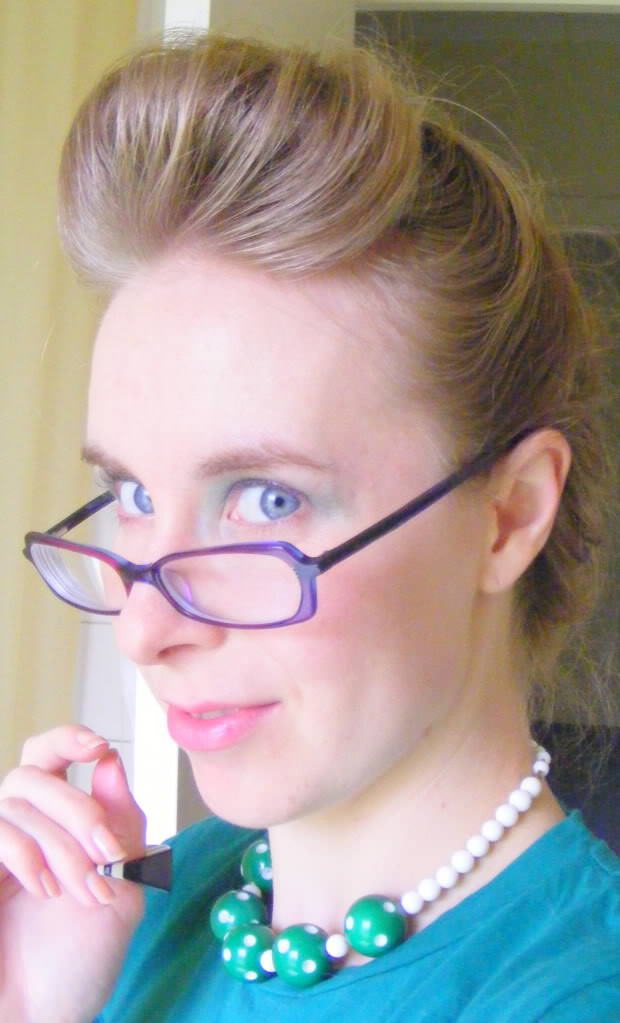 Do I love big hair?  Why yes, I believe I do.  The Goth Juice was a major success. It smells like a forest at mightnight and gave my hair heaps of shine while holding it firmly in place. Brilliant.

This is the rest of my outfit:

– Pink glitter sneakers (handmade by me)

My plans for relaxation were dashed pretty quickly though.  I had just made myself a cup of coffee and was settling onto the couch to finish my book when I got a message from Sam.  She’d forgotten her ID so I needed to make an impromptu trip into the city to take it to her.  I didn’t feel like going out in the cold, but I’d cut off my left arm if Sam needed it, so I didn’t mind helping her out.  Also it gave me the chance to show off my epic hairdo.  I was so glad that I’d decided to dress up, rather than just chucking on some trackies.

The trip into the city was A-OK.  After I’d delivered Sam’s ID I had a lovely Japanese lunch.  I missed my bus home, so I had to hang out at the shops for a while.  I was sorely tempted by some lovely beauty products at Lush and The Body Shop, but I was strong.  I headed home soon after, and arrived just in time to avoid a massive downpour.

When I got home, Jellylorum was asleep curled up in my bathrobe. 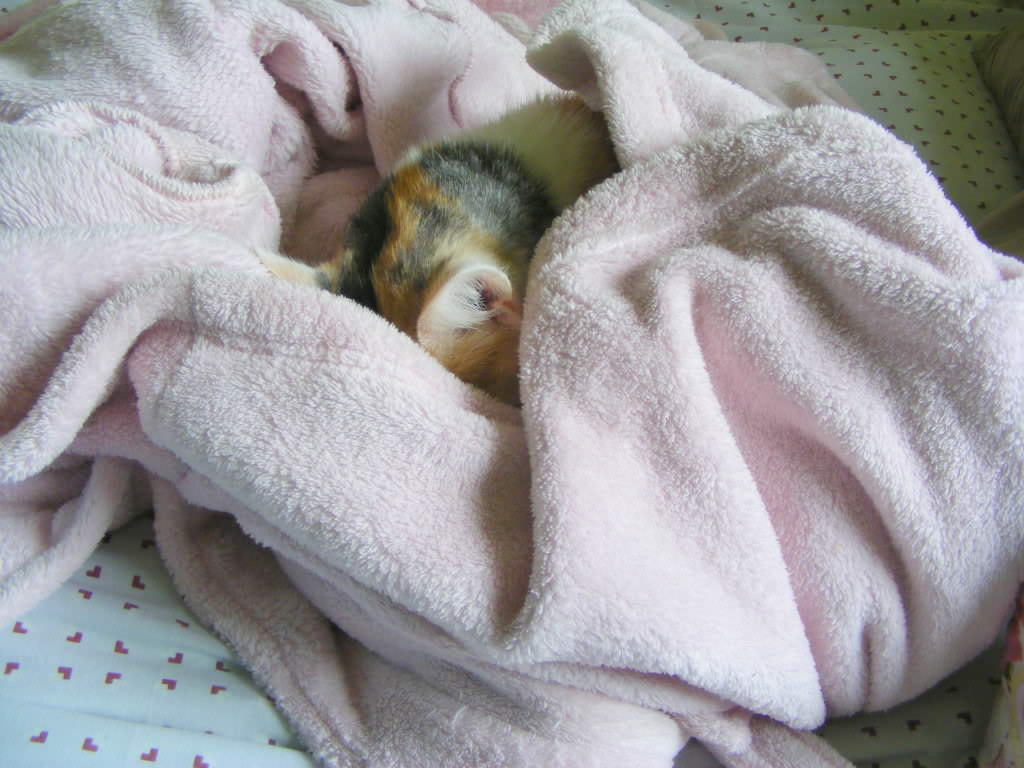 I hope you’ve had an awesome day!