Janis was one of my earliest style icons. I first became interested in her music when I was fifteen, at it was around the same time that I started studying her unique fashion style. She had a fabulous sense of style from the beginning of her career. Janis didn’t like to look like anyone else. She had a very strong desire to carve out her own way of dressing, that was comfortable and daring at once. She longed for attention, and loved to shock others with her outrageous style.

Early in her career, Janis didn’t have a great deal of money to spare. Her clothing budget was small, and she certainly didn’t have the dosh to be splashing out on personal stylists and the like. During this period, she began dressing herself in clothing from thrift stores. As her star began to rise, she befriended Linda Gravenites, the wife of her bandmate Nick Gravenites. Linda was a seamstress and offered to make some outfits for Janis to wear on stage. This was the beginning of a lifelong partnership between the two women. The first outfits that Linda designed for Janis built on her previous style. Later, Linda became more adventurous with her designs. She envisaged Janis as a kind of Pirate Queen, a Hippy Diva and the Queen of the Counterculture. She encouraged Janis to experiment with ever bolder styles and unique fabrics.

Although Janis took a lot of fashion advice from Linda, and her wardrobe was filled with original Gravenites designs, she still styled herself most of the time, mixing together an eclectic mixture of garments to create a style that was truly unique and slightly revolutionary at the time.

Janis’s look is quite easy to emulate. You can jump in headlong and dress in top-to-toe hippy garb, or you can just lift a couple of the common elements of her wardrobe, depending on how far you want to take this look.

Above all, Janis loved clothes that were comfortable. She was regularly seen in jeans, usually bell-bottom styles. She favoured tank tops and tee shirts from thrift stores, and often wore men’s button down shirts. She never, ever wore stilettos. Janis tended to wear sandals or bare feet. If she did dress up, she would sometimes be seen in a pair of low sling-back heels. 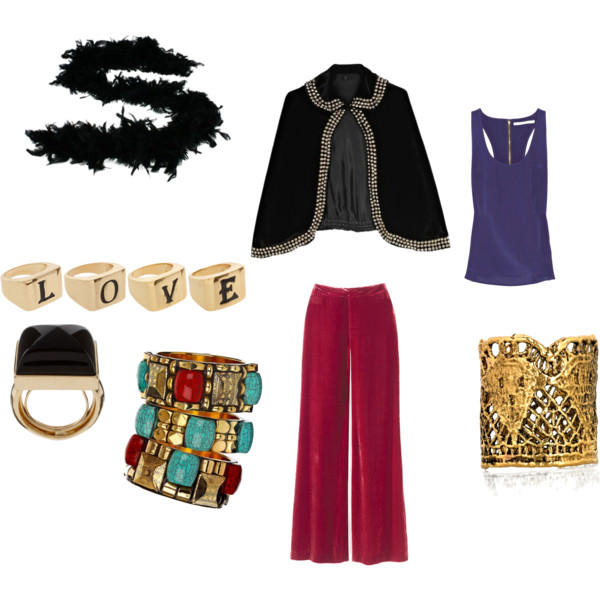 Although Janis was often seem wearing jeans and shirts, she also had a feminine side. Linda Gravenites convinced Janis to try wearing mini-dresses onstage. Short dresses and skirts became a regular part of Janis’s wardrobe. She rarely wore long skirts, but minis were something she loved. Janis rarely went bare-legged, and she would pair her short skirts with lace tights. She also loved blouses with wide bat-wing sleeves and capes. 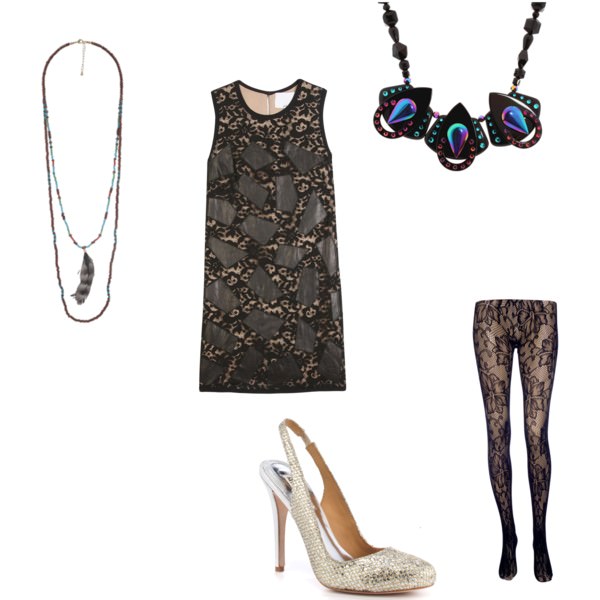 When dressing in the style of Janis, your jewellery should be plentiful. Janis owned a loom, which she would use to make beaded necklaces and bracelets. She claimed that this practice was very relaxing, and would even hold beading parties for her friends. She would wear strings of beads piled over each other, long strings and short strings, small beads and large, all worn together. Her wrists would be piled with bangles that would clank as she gesticulated and her fingers would have chunky rings stacked up to the knuckles. There is no such thing as too much jewellery with this style, so keep piling it on until you’re worried you won’t be able to move. 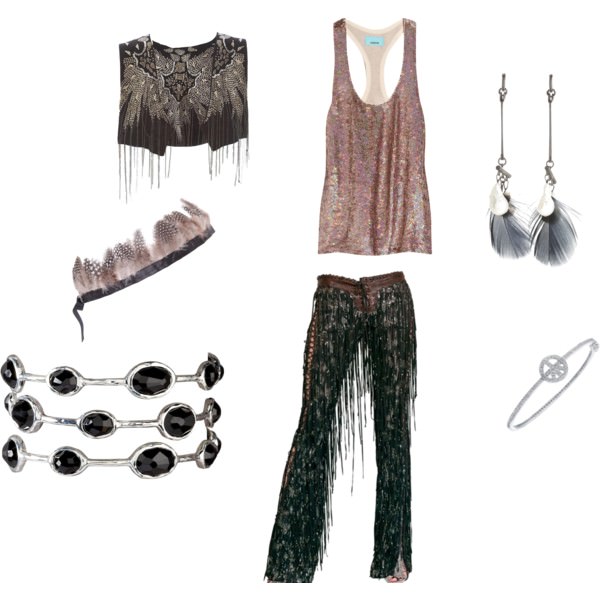 Janis’s clothing was very tactile. She was a tremendously sensual person, and she loved luxe fabrics, such as silk, satin and velvet. She had a great number of velvet capes and pants made of satin. She enjoyed wearing outfits that felt good to touch. Janis also loved fur and feathers, and was often photographed wearing gigantic fur hats or jackets.

The colour palette of Janis’s style was quite dark. She favoured rich, jewel tones like emerald green, garnet, midnight blue and deep purple. She wore a lot of black and white as well. She did occasionally wear something in a lighter hue. Janis dabbled quite a bit in the tie-dye trend that swept across America in the 1960’s, and would sometimes wear tie-dyed tee shirts or tank tops. She liked her clothing to be festooned with adornments, like beading or sequins. 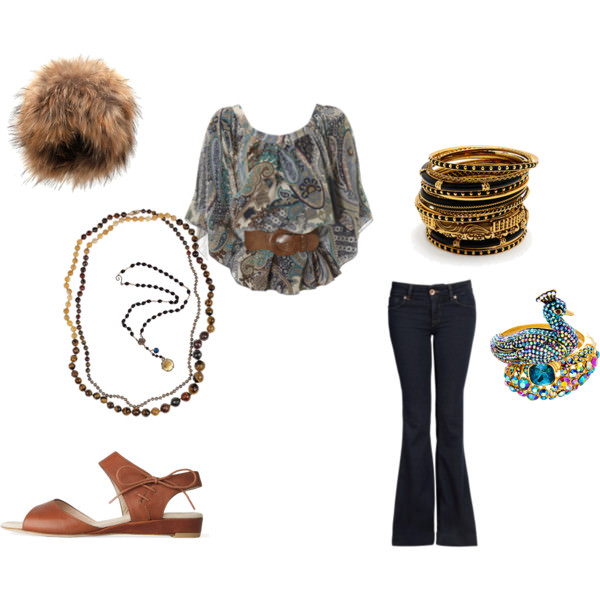 Janis’s hair was a big part of her style. When she was a teenager, she used to try to tame her unruly hair by pulling it back into a tight bun. Once she got to college, she gave up on this practice and let her thick hair run wild. She hated the colour of her hair, which was a fair blonde when she was young, but darkened to a mousy brown in her teen years. Her hair was wild and thick, and she used to love to toss it about on stage, so it was often filled with snarls and knots. Janis loved to pin a couple of bright feather boas into her hair to accentuate it’s volume. Her wild hair was contrasted with her face, which was always left natural. Janis never wore makeup, even on stage.

I adore Janis’s style because it’s so eclectic. Her manner of dressing evolved throughout her career, and became more and more outrageous with each year. She was never afraid to try something new and this penchant for the extraordinary catapulted her to the position of figurehead of the counterculture movement in America. Her clothing was wild, loud and full of movement and sensuality. She wasn’t a beautiful woman, but she projected an air of one completely immersed in beauty and wonder, like a colourful bird or a fairytale nymph. Janis has heavily influenced my own personal style, as well as my taste in music.