She’s a little bit punk, and little bit rock and very, very crude. She’s Tank Girl, defender of the oppressed, driver of a stolen tank and girlfriend of a half-kangaroo-half man named Booga.

Tank Girl is one of my favourite style icons. I was first introduced to Tank Girl in the 1995 film. I watched the film with a girlfriend when I was about fifteen, and I was totally hooked on Tank Girl’s cavalier attitude and rocking wardrobe. A couple of years later, when Ross and I first started dating, he gave me an issue of the Tank Girl comic book as a gift. Tank Girl’s character is a lot ruder and cruder in the comic book, but her sense of style is about the same.

Tank Girl lives in the world 2030, and the world has ended. Her wardrobe consists mostly of clothing items that she has managed to salvage. It is a blend of retro-styles, with a lot of army surplus goodies and a little bit of comic-book kitsch mixed in.

When emulating Tank Girl’s style, it’s not really about the specific items that you choose to add to your outfit, but rather the way you put them together. As Tank Girl lives in a post-apocalyptic world, her clothes are often torn or patched, and she rarely bothers with such trifling matters as colour schemes or matching accessories. The best way to get the Tank Girl look is to choose a few key items and then mix in other random items from your wardrobe. It is a very magpie-like way of dressing. Add an army-inspired hat to a rude tee shirt, shorts, a pair of torn stockings, odd socks and a pair of chunky boots and you are starting to get the idea.

Here are a few key items that Tank Girl tends to wear often:

– Tee shirts with rude slogans or pictures. Old, faded band tee shirts or any tee shirt that is quite dated is brilliant. It will look as though you randomly found it in a sand dune and threw it on.

– Chunky army boots. I always wear my Dr Martens when I am dressing as Tank Girl, but any heavy boots will do.

– Torn tights. Tank Girl likes to tease her boyfriend by slicing through her pantyhose with a pair of scissors. In a world where hosiery is hard to come by, this is a wild gesture of defiance.

– Hats. I have a brilliant pink fighter-pilot style hat that I always use to cap off my tank girl outfit. Any hat with an army feel or a cute beanie would be ideal. 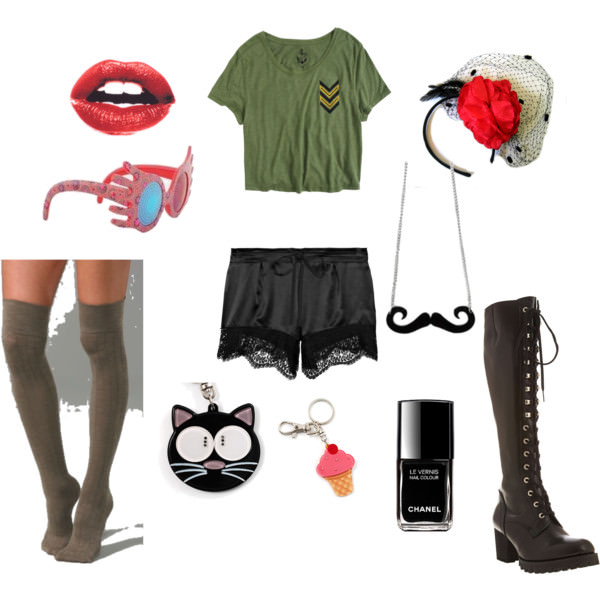 As I mentioned before, a lot of Tank Girl’s clothes are ripped or poorly fitting. It’s best to make sure that you don’t look too immaculate. A few patches and tears only make the look more effective. Also, as the world she lives in has a strong army presence, her outfits are often peppered with military details. Helmets, goggles, army jackets and boots are a good starting place, as are heavy brass buttons and medallions.

Layering is key to the Tank Girl look. She will often wear several items of clothing on top of one another. 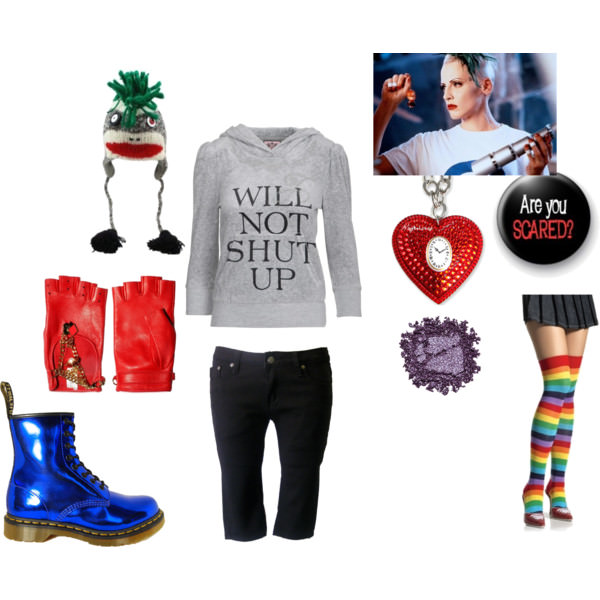 Another way to get into the Tank Girl spirit is to wear something in a way that it’s not supposed to be worn. Customise regular clothing items into unusual pieces. When I made my Tank Girl costume for my birthday party, I made a pair of armwarmers out of a pair of boys sports socks. I noticed that Lori Petty’s Tank Girl in the film has a pair just like them, and they look really effective.

Accessories are a huge part of the Tank Girl style. Most of Tank Girl’s jewellery is made of everyday objects, like paperclips, dice and safety pins. She also wears a lot of plastic jewellery, with kitsch charms and tacky beads. Her jewellery collection is very eclectic and strange. She also likes things that dangle and hang, and you often see her with a handful of plastic key chains hooked through her belt loops. Button badges are an excellent addition. 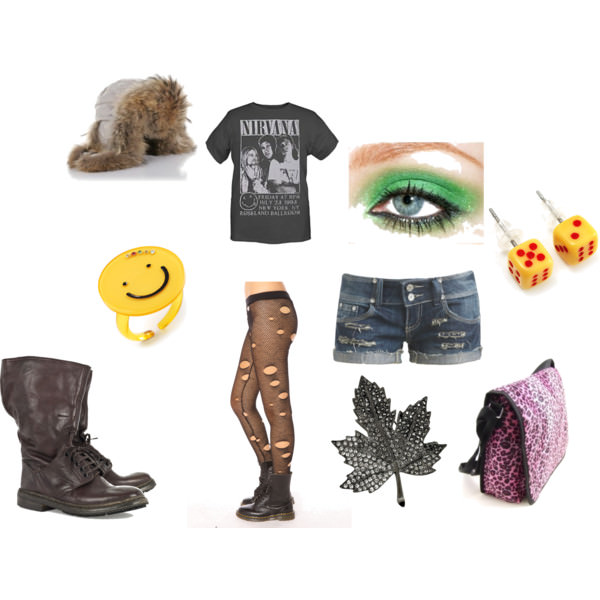 Although Tank Girl has a partially shaved head, you don’t need to get a buzz cut to pull this look off. Your hair should be styled, but not too ‘done’. Your mop should be a little bit messy and dishevelled. Try any punky style, or pigtail plaits for a little bit of cuteness. At one point in the movie, Tank Girl wears a bowler hat with a pair of yarn plaits sewn into the brim. Wildly coloured locks are also vital, so slide in a couple of coloured hair extensions to get this look.

Tank Girl actually does wear quite a lot of makeup. She generally goes for a pale base, with bright coloured eyeshadow and dark lips. She usually lines her eyes heavily with black liner, and often extends her liner in a cat’s eye. Sometimes she paints a couple of flicks in the outer corner of her eye to simulate eyelashes. Your makeup should look like you’ve applied it somewhat hastily. Don’t worry about getting your eyeliner straight or your lipstick perfect, a couple of smudges just add to the charm. Your nails should be painted a bright neon shade or a dark colour, and it actually looks even better if the polish is a little chipped.

For extra fun, you could draw on a couple of tattoos, or use some transfers, like my Amazing Raymond tatts. Tank Girl tends to be a bit rough and tumble, and usually has a few bandaids on her fingers and legs.