Today was a pretty disorganized day.  I had intended to get up, do a little writing, finish some pre-reading for next semester and then treat myself by going to the cinema to see Shrek.  I needed to wear something comfortable, casual and funky.

– Black harem pants from Remember Me 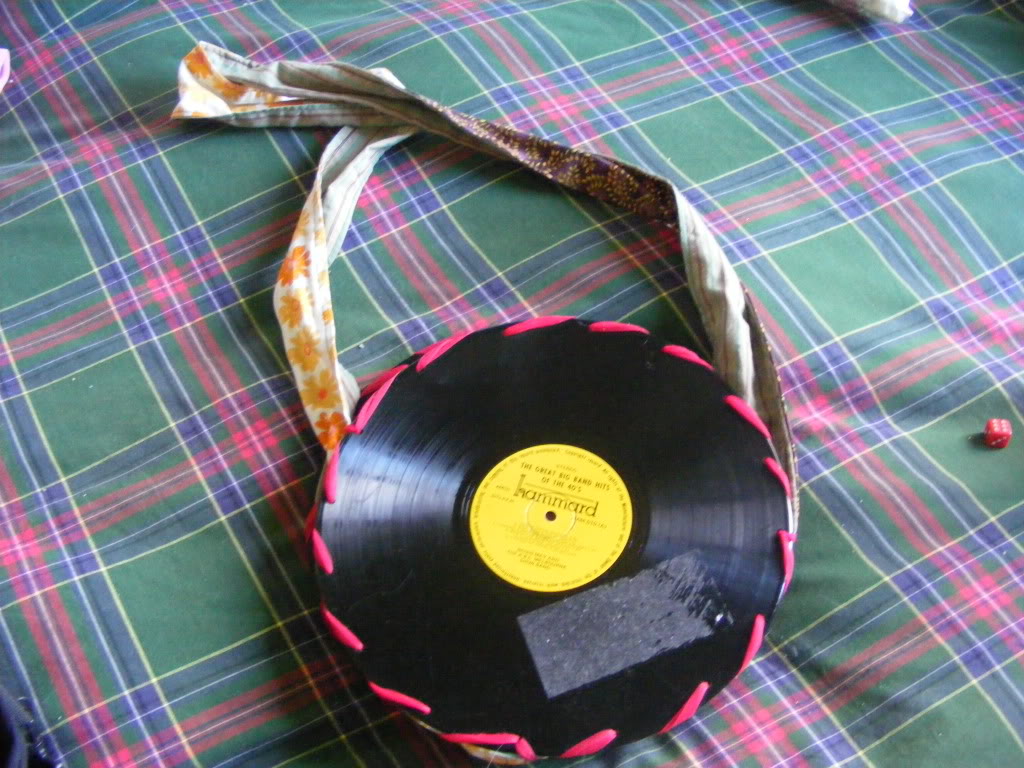 I also carried my record bag today, which Ross bought me a while back.

My plans for the day were thwarted by the evil Hoyts Cinemas, though.  A few months ago,  Ross and I went to Hoyts to see a film, and the experience was truly sub-par.  The cinema was filled with people talking to one another throughout the entire film.  These people weren’t whispering either, they were having full-blown conversations at a normal decibel level.  There were mobile phones going off, children running back and forth across the cinema and teenagers taking pictures of one another with their Iphones.  It was appalling. I didn’t see a single usher for the entire two hours that we were in the cinema.  Afterwards I complained, and the manager gave me a voucher for a free movie ticket as compensation.

Today, I intended to see Shrek to use up my coupon, as it is about to expire.  I walked to the cinema and realised that the soonest session time for Shrek was a 3D session.  I tried to purchase a ticket, and the cashier informed me that the vouchers can’t be used for 3D films.  I asked if I could use the voucher and then pay the difference in price between a regular ticket and a 3D ticket, and I was told that I could not.  This particular cinema has eight session times for Shrek a day.  Seven of them are 3D sessions and one is a regular session, but it is at six o’clock, when it is dark and the busses have stopped running.    There is honestly nothing else that I wanted to see except Toy Story 3, but it was the same scenario there.

I think it’s pretty weak to offer a free ticket as compensation and then state that you can only use it for regular showing times.  I don’t see why I couldn’t have paid the five dollars difference between the regular ticket price and a 3D ticket price and been able to attend the film session of my choice.  I would have been happy to do that.  Instead, my voucher will likely expire, because it’s taken this bloody long for a film I actually want to see to reach the cinemas.  Also, so many films are now coming out in 3D, and the cinemas are taking advantage of this by making most of the sessions 3D sessions, so there are very few non-3D sessions available.  Offering such limited service is not the best way to win back aggrieved customers.  Fuck you Hoyts, I’ll be going to Villiage cinemas from now on.