When I think about the people who have had the greatest influence over my life, there are far too many to name. I have had so many wonderful people in my life that have taught me so many brilliant and difficult lessons. However, one of the people whose influence has imprinted itself upon my being is a woman named Evaline.

Evaline and her husband lived next door to my family while I was growing up. They were like a third set of grandparents to me and my brother. They were always present at birthdays and Christmas and I would chat to them over the fence on a daily basis. Several times a week, I would take myself next door to have tea with Evaline. While we would drink our tea, I would talk about all the things that had been happening in my life, such as new friends I had made at school, what I wanted for my birthday and any homework that I was struggling with. As I got older, I talked to her about boyfriends as well. Most of the time she would just listen, but sometimes she would tell me stories from her girlhood. Evaline was British and had worked as a nanny to a wealthy family from the time she was 14 years old. She moved to Australia when she was in her twenties, with her infant son in tow. In Australia, she met and married her husband, and had several more children. She achieved a great deal in her lifetime, and I loved hearing her stories.

Evaline was a great romantic. She and her husband were married for more than sixty years and even after all that time they still had one of the sweetest relationships I have ever seen. They were so considerate of one another, and would regularly make dates to go for a drive and have lunch at a lovely café or tavern. Evaline would still go to a great deal of effort to look nice when she and her husband went out, and they never seemed to get mad or frustrated with one another. I don’t think that they were one of those couples that just do a really good job of hiding their unhappiness, I believe that they were truly in love with one another. Evaline loved to hear me talk about boys, and she was thrilled when I met Ross. She suggested that I ask him to ‘take me dancing’ because it would be so romantic.

I don’t think that I have ever met a woman as wonderfully groomed as Evaline. She visited the hairdresser once a week to have her hair styled, and was always impeccably dressed. She wore gorgeous dresses in pastel tones, with tasteful heels and stockings. She wore very little makeup, and always smelled of lavender. Every night, she would take a bath with lavender-scented bubbles before slipping into a cotton nightgown. If my family ever called over after she had bathed, she would rush to her room and put on a dress and do her hair, lest anybody ever see her looking less than presentable. If my father was with us, she would also put on a little lipstick and switch her slippers for shoes.

All the things that I have written so far about Evaline being romantic and well-groomed make her sound so soppy and soft. Nothing could be farther from the truth! While she was a very polite and loving woman, she also had a little bit of a cheeky streak. She loved to flirt and would never let my father leave her house without giving her two kisses. She was very good at getting her point across, while never sounding impertinent or rude. I remember her once asking my brother if he had a girlfriend, and he said no, she replied by telling him “you should get one then. It doesn’t matter if she’s fat or ugly, you just need somebody to love”. It was a strange way of putting it, but she just believed that everybody deserves love, and that superficial qualities are unimportant when you have found that perfect person to share a laugh, some good food, and all the love you can offer.

When Evalines’ husband died unexpectedly, she moved out of her home and into a nursing home. I felt awful for her, because her mind and wits were still so sharp, but her body was failing her and making it difficult and impossible to do so many of the things that she loved. She began to go blind, which meant that she had to give up reading. At one point, she used to go through four or five library books a week, but when her eyesight began to fade, she wasn’t able to read anymore. She liked films too, but her eyesight made it difficult to follow the story. When her eyesight was at it’s worst, she used to get a little frightened when people came into her house, because her hearing was also quite bad and it was difficult for her to identify her visitors. Whenever I came to visit though, she always knew it was me, because although she couldn’t see my face, she could see my hair. She told me that my hair looked like a golden cloud, so she always knew when I was coming. I remember showing her photos of my high school graduation, and she was able to pick me out of every photo, because she recognised my hair. I started wearing my hair down every time I went to see her, so that it would be easier for her to see me.

When Evaline died, I was heartbroken. She had been in my life since I was a baby, and I couldn’t process the fact that she was gone. I had always imagined her kissing me at my wedding, or holding my first baby, or congratulating me when I graduated from university. It seemed unreal that she wouldn’t be there to do those things. However, after a few days of feeling so depressed and stunned, my mood improved. Evaline is one of those people that you just know is certain to have a place in heaven, and I know that she’s up there, without any woes or worries, and that makes me very happy.

Here are a few things that remind me of Evaline:

– Pouffes (those funny little cushions that you rest your feet on. She always had one in front of her chair, and when I came over she would get me to sit on it).

– Imagine by John Lennon (Evaline was a huge Beatles fan. Her favourite songs were Let it Be, Imagine and Dear Prudence. She asked that Imagine be played at her funeral, but her family decided against it. Eerily, on her birthday this year, I turned on my Ipod, and Imagine was the very first song that played).

– Red Geraniums (there was a pot made out of seashells filled with red geraniums right outside her front door).

– Talking clocks (when Evaline went blind, she got frustrated that she couldn’t read her clock, so her husband bought her a talking clock. It would say the time every hour on the hour, and she would get annoyed with it and say “oh, be quiet you ridiculous thing”). 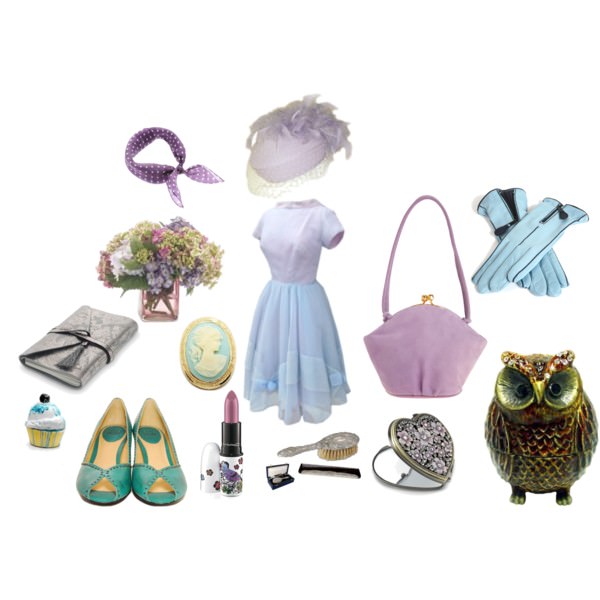