Daily outfit: Down the Rabbit Hole

Today, after much waiting and a great deal of anticipation, I went to see Tim Burton’s Alice in Wonderland.  I am going to do my daily outfit post, and then after the pictures, there will be a review, so for those of you who haven’t seen it yet, don’t scroll past the photos, because there will be spoilers! 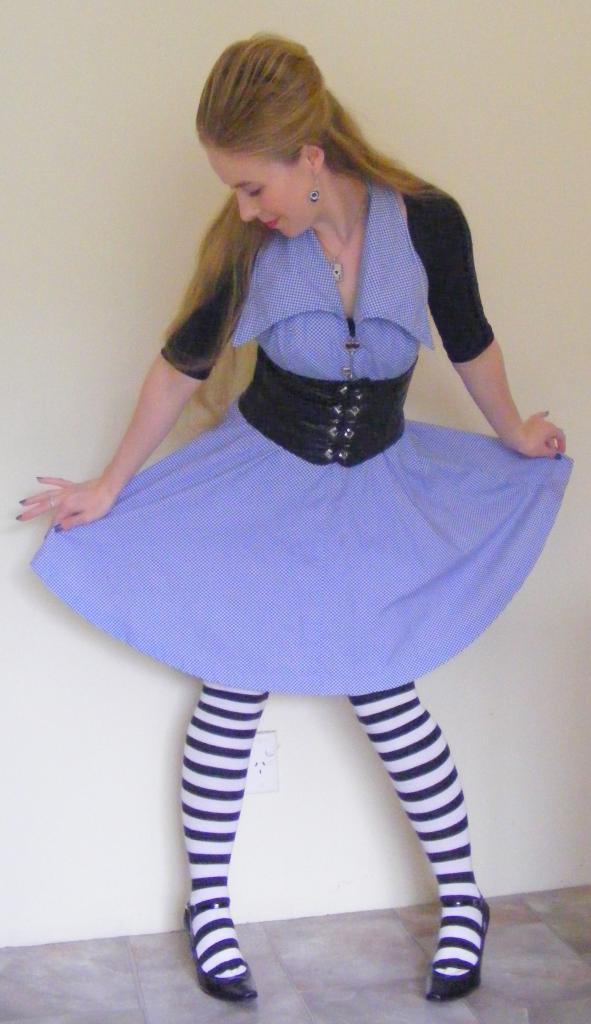 Can I just say that it’s been a long time since I have experienced such anticipation for a film?  I saw the trailer for Alice in June last year, and I have been waiting with baited breath every since.  I totally think that it was worth the wait.

Tim Burton does an excellent job with Alice in Wonderland.  Mr Burton is well known for taking classic stories and putting his own twist on them, and this film was no exception.  A sequel to the original story, Burton lovingly recreates so many beloved characters, and gives a great deal more insight into each resident of Wonderland.  I especially loved Tweedledee and Tweedledum, who were excellently portrayed by Matt Lucas (of Little Britain fame).  They were just adorable!  The fluttering White Queen and the bulbous-headed Red Queen were also brilliantly rendered.  I have to give a one- woman Mexican wave to Johnny Depp’s Mad Hatter, who is suitable barmy but also a great hero of the piece.  Alice was just lovely also.

Visually, the film is spectacular, with intricate scenery, great effects and spectacular costumes.  I especially loved the Hatter’s collection of millenery and Alice’s ever-expanding array of gowns>  I loved the Burton actually bothered to deal with the problem of Alice’s clothes as she grew and shrank throughout the film.  When I was a little girl, I always wondered why Alice’s clothes managed to change with her body, and Burton puts a more realistic twist on this.

I thought that the film was a triumph for Burton, and I would highly recommend it.  A word of caution though, I wouldn’t take any small children to see this film.  Although it is based on a children’s story, it is certainly not suitable for little ones.

I say Bollocks to Avatar, Alice in Wonderland will be the movie of 2010.